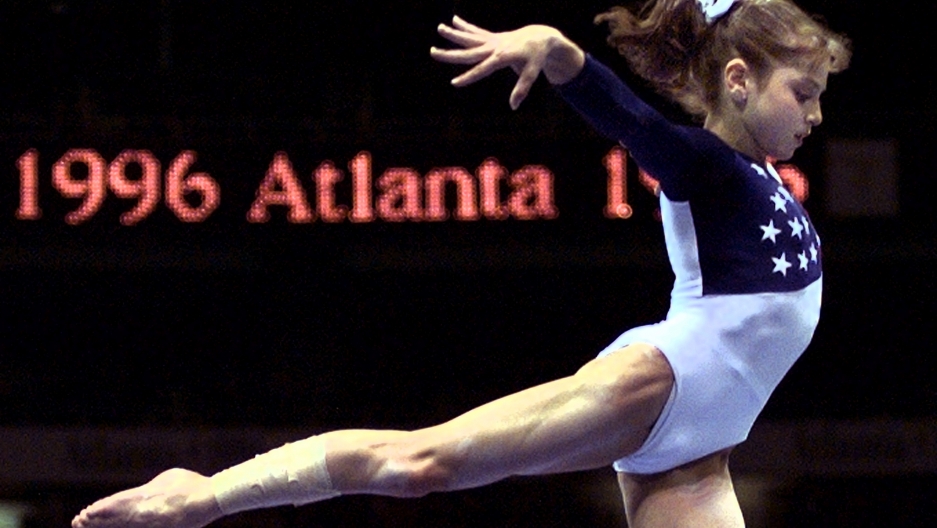 In 1998, Dominique Moceanu broke the image of the happy, perky champion gymnast when she emancipated from her father, whom she described as violent and manipulative. A decade later, she publicly accused coaches Béla Károlyi and Márta Károlyi of emotional and physical abuse. USA Gymnastics dismissed her allegations. Today, Moceanu says she's proud of the women who came forward to testify against Larry Nassar, the former doctor for the USA Gymnastics team. But she's also disappointed that her contemporaries haven't stepped forward to support her, to this day.

This year, women's rights and gender equity became a major focus as all kinds of feminist movements nabbed headlines across the globe. In some cases, women made big strides — capturing more seats than ever before in the US midterm elections, inspiring new rules for dress on the tennis court and transforming a Guatemalan town one brushstroke at a time.

But elsewhere, such as in Andalusia, a political party espousing an anti-feminist platform came into power; many Japanese women fear saying #MeToo; and abortions are hard to get in Italy. Additionally, in 2018, our Across Women’s Lives desk went in-depth on gender-neutral pronouns, women's imprisonment in Thailand, a gang-rape case in Spain and the plight of Sara Mardini, the Syrian refugee "hero swimmer."

AWL also produced a number of series, including "Untold Afghanistan," following women in the war-torn country and reported on the ground from across the US as well as the UK, Canada and Ukraine and covered numerous issues facing Indigenous women. Here are the 10 most-read AWL stories from the year, below.

The Sámi are an Indigenous population in the northern parts of Finland, as well as Sweden, Norway and Russia. However, the warming climate has threatened to disrupt the Sámi people's centuries-old tradition of reindeer herding. As Arctic temperatures rise more than twice as fast as the global average, reindeer herders are struggling to cope with increasingly unpredictable and extreme weather.

Mx. is a gender-neutral title that's gaining popularity in the UK. Though the road to acceptance for this prefix has not been without a struggle. On The World in Words podcast, we delve into the fight over this two-letter word.

8. Has the #MeToo movement gone too far or not enough?

Actress Catherine Deneuve and 100-some other French women wrote an open letter to denounce the #MeToo campaign as becoming a witch hunt, saying the movement has created a backlash against men.

7. Harassment, rape and retaliation: What one woman endured within the US Forest Service

Abby Bolt loves her job as a Battalion Chief for the US Forest Service, leading forest fire prevention efforts and commanding teams of hundreds of people in a disaster. But Bolt has also been a victim of the “good ol’ boy” culture in an agency that for years has cast a blind eye over hazing, harassment and sexual misconduct.

6. She was arrested for carrying a suitcase lined with cocaine into Canada. Her court case changed the law.

Cheyenne Sharma admitted transporting more than 4 pounds of cocaine into Canada. But her lawyers put the country's colonial history on trial.

Shannon Mouillesseaux was violently assaulted a decade ago in Sri Lanka while working for the United Nations High Commissioner for Refugees. Of course, the attack itself was deeply traumatic, but Mouillesseaux says the way she was treated by UNHCR in the aftermath was even more damaging.

3. How the Vietnam War's Napalm Girl found hope after tragedy

For many years, Phan Thi Kim Phúc was known as the Napalm Girl. She was in an iconic photograph that pictured her running naked down a road, screaming after a napalm attack on her village. That photo won a Pulitzer Prize and changed the way the world looked at the Vietnam War. For many years, Kim Phúc was angry and in pain. But, she found a way to forgive and find peace.

2. Across the US, many illicit massage parlors avoid police detection

Prosecutors from Massachusetts to Minnesota detail cases where mostly foreign-born women work seven days a week, 12 to 24 hours a day, sleeping in parlors or nearby flophouses, and are managed by a network of interstate traffickers and business people.

1. Gold medalist Dominique Moceanu warned us 10 years ago about abuse in USA Gymnastics

When Olympian Dominique Moceanu accused her coaches and father of verbal and physical abuse, nobody listened.