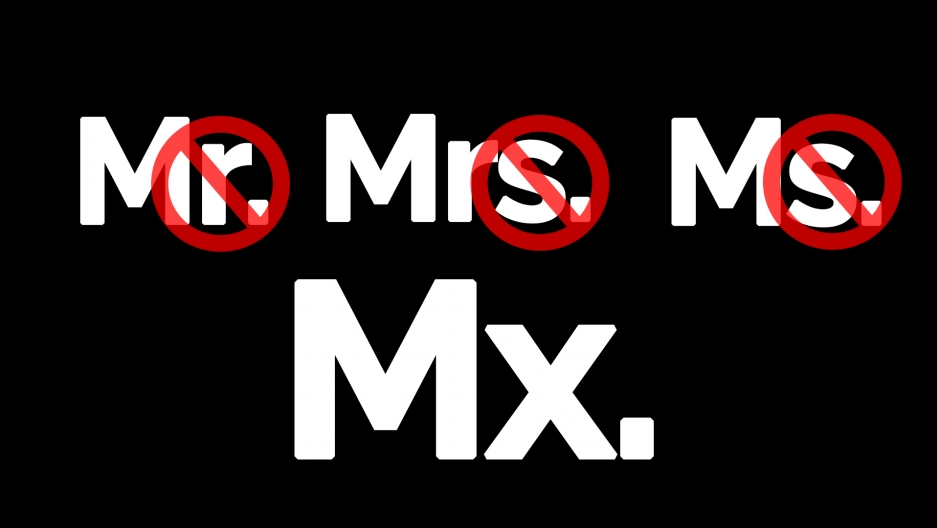 The UK is obsessed with honorifics.

Remember, this is the land of barons, earls, ladies, sirs and the ultimate, HRH — "Her Royal Highness." But even if you can't claim HRH, selecting "Mr." or "Mrs." or "Miss" is a standard part of filling out many forms and documents.

Some folks are trying to ensure that you don't have to be a doctor or a reverend to claim a gender-neutral title.

This week on the podcast, we take a look at the campaign for the gender-neutral honorific "Mx." in the UK. Where does the honorific come from? And how has language and gender been debated in the UK since the days of Shakespeare?

This is the first episode in a three-part series exploring language and gender, "From ‘Mx.’ to ‘hen’: When ‘masculine’ and ‘feminine’ words aren’t enough." Additionally, for this series, we teamed up with Across Woman's Lives for more in-depth stories about language and gender around the globe.

This piece is part of a series about the intersection of gender and language, "From ‘Mx.’ to ‘hen’: When ‘masculine’ and ‘feminine’ words aren’t enough," a collaboration between Across Women's Lives and the World in Words podcast. Read the first digital story in the series: How do you talk about gender when the words ‘simply don’t exist’ in your language?

Happy Saturday! Showing off one of our latest flyers, with info about what we do n who we are. #wotevercommunity #infoflyer #megabigbizcard #thingstodo #London

00:37 Nina and Leo ask members of the audience about using the honorific Mx.

03:40 Meet Shai Jacobs. They go by the pronouns "they/them/their," and they hate titles. Shai is one of a growing number of people using Mx. 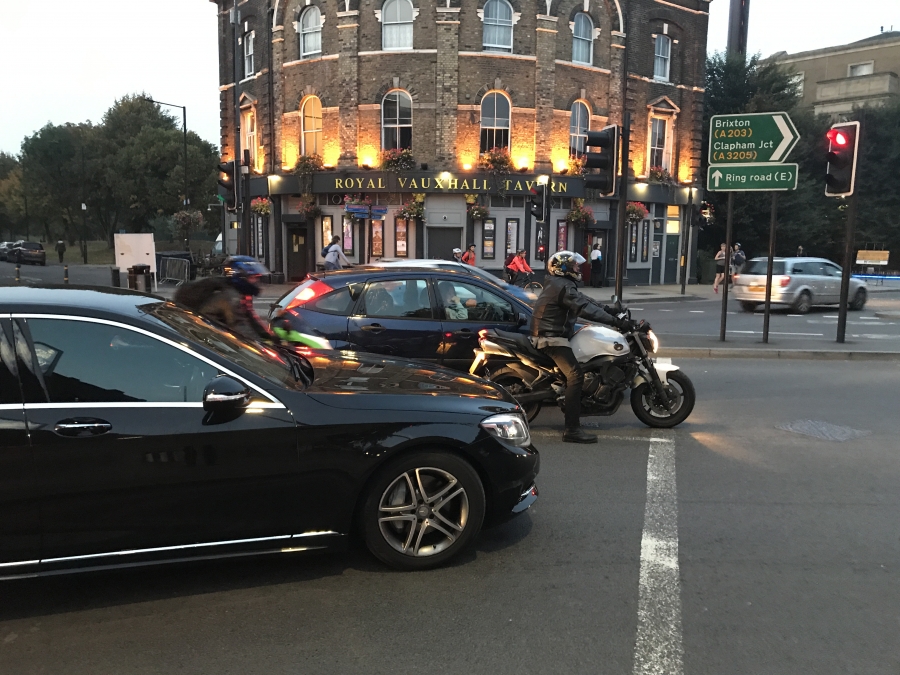 Outside of the Royal Vauxhall Tavern in south London.

05:54 Shai describes the process of trying to get their bank to use Mx. 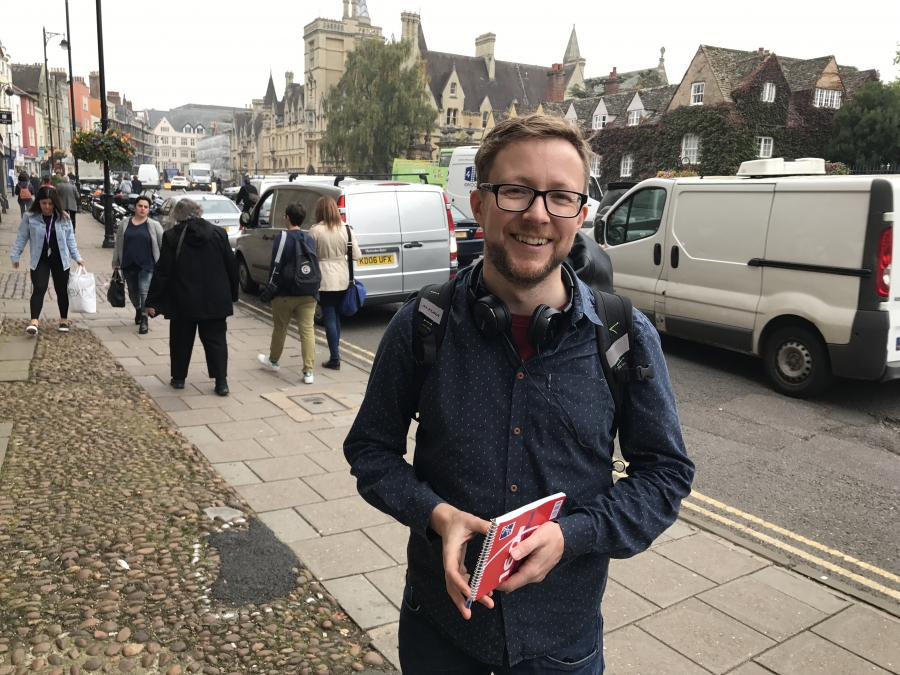 A very giddy Leo Hornak on the way to see a first edition of "Shakespeare's Sonnets" in Oxford.

06:40 Shai flirted with the idea of becoming a reverend to use the gender-neutral title “Rev.”

07:40 Feminist activist Julie Bindel is not a fan of Mx.

10:36 “I think that part of what people who don’t experience gender dysphoria don’t get is that this isn't a lifestyle choice,” says Shai.

11:17 Protest against Julie at the Royal Vauxhall Tavern 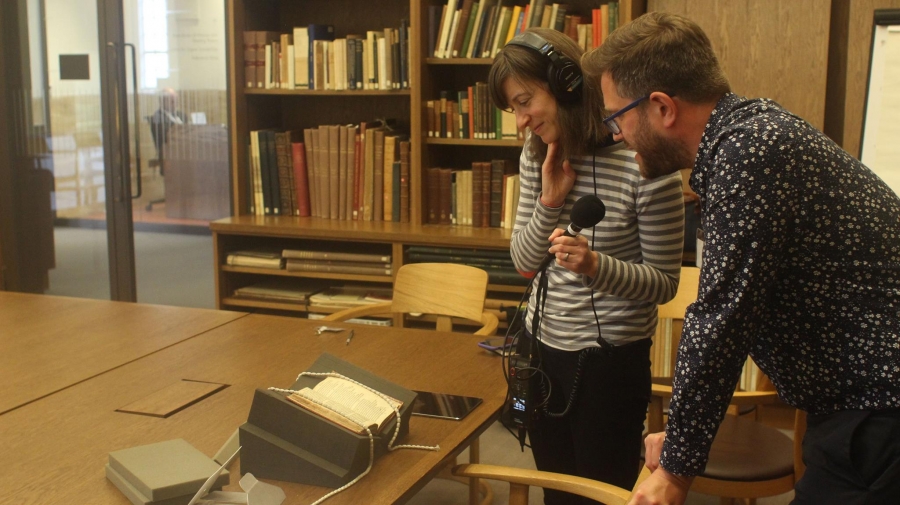 Nina Porzucki and Andy Kesson look at a first edition of "Shakespeare's Sonnets" published in 1609.

13:00 Back in the 1980s, Julie was involved in a campaign for the acceptance of another honorific: “Ms.”

18:36 Andy Kesson is a scholar of Renaissance literature at the University of Roehampton. He explains debates about gender that took place in the 16th and 17th centuries. 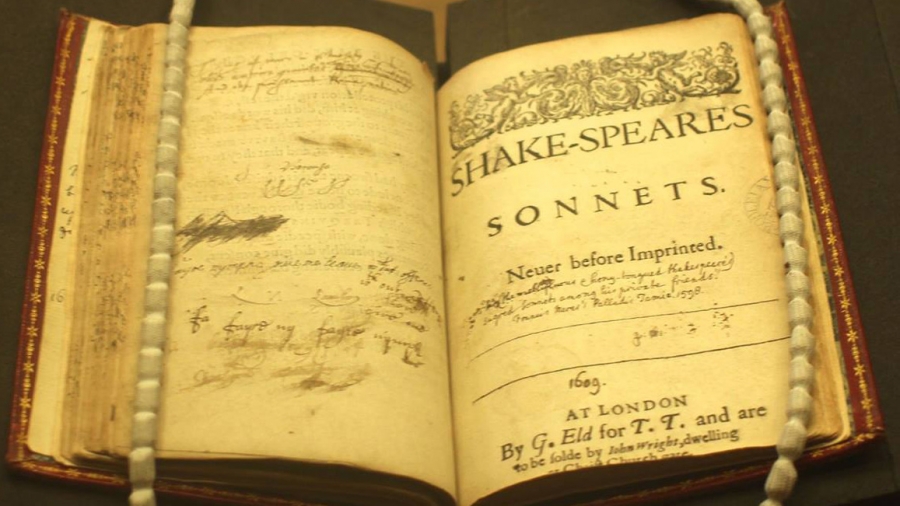 21:20 We go to Oxford University’s Bodleian Library to see a 1609 first edition copy of "Shakespeare’s Sonnets" to read "Sonnet 20: A woman’s face with Nature’s own hand painted."

22:30 “The poem addresses someone who is devastatingly beautiful and who keeps slipping between the cracks of gender binaries,” says Andy.