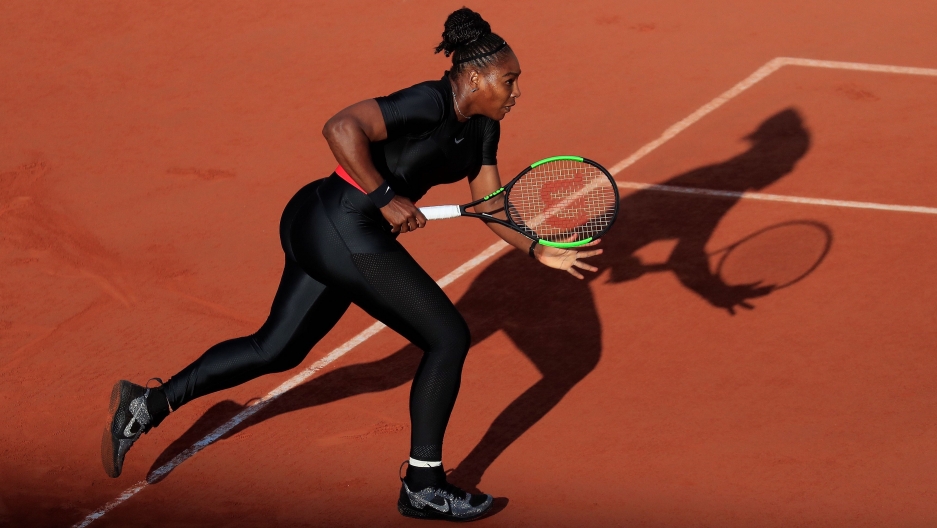 Serena Williams, previously ranked No. 1 by the Women's Tennis Association, won another match this week: The WTA announced changes to the rules about tennis players' dress and rank — partly in response to what Williams went through when she returned to the tennis court after her maternity leave.

The debate began when French Tennis Federation judge Bernard Giudicelli called out Williams after the French Open — a tournament she’s won three times — for wearing a black bodysuit, otherwise known as the “catsuit.”

Guidicelli was quoted in Tennis Magazine as saying the outfit “will no longer be accepted. One must respect the game and the place.”

That statement didn’t go down so well.

The policing of women’s bodies must end. The “respect” that’s needed is for the exceptional talent ⁦@serenawilliams⁩ brings to the game. Criticizing what she wears to work is where the true disrespect lies. https://t.co/ioyP9VTCxM

Williams' catsuit had been inspired by the "Black Panther." She told The Guardian it made her feel like a "warrior princess," like in the movie. It turns out the black bodysuit Williams wore to work that day also had a practical purpose: Williams suffered blood clots after giving birth in 2017, and the leggings helped with circulation.

Stephanie Myles, a sportscaster and editor for the site, Tennis.Life, said that “with the compressive elements to the outfit, she could probably even get away with wearing it [to] Wimbledon, where they are far more strict, if she could prove that she needs it for medical reasons.”

Now, other players won’t have to make that argument.

The Women’s Tennis Association put out a statement this week saying that wearing leggings and compression shorts without shorts or a skirt over them is totally acceptable. It turns out there was never a rule against it. And Myles says forget the fashion statement. It just makes sense.

“Not everywhere they play is warm and sunny,” she explained. “And so, they sometimes play late at night where it gets cold.”

Doubles champion Pam Shriver also thinks the rule change makes sense. Shriver played from 1978 to 1997. She never wore a catsuit on the court but she did get reprimanded one time for a clothing violation.

“I couldn't be bothered leaving the court,” she said. “I didn't need to go to the toilet. I had [a] jog bra on, and I just changed my shirt.”

She didn’t know changing her shirt on the court was against the rules.

“I mean, eventually you realize there's rules and guidelines in sports that are just outdated. So, that was one,” she said. That rule was changed the next day.

The Women’s Tennis Association updated another rule this week. And Myles says it’s about something more important than dress code. It has to do with players keeping their rankings after maternity leave.

“So, now what they've done is they've just given the players a longer period of time in which they can use that ranking to get themselves back to where they were,” said Myles. In other words, they don’t have to start at the bottom.

This change was also inspired by Williams. She was ranked No. 1 when she went on maternity leave. When she came back eight months later, she’d lost her ranking. And that affects when, where and who you play in tournaments.

Myles says the old rules basically punished women for having children. She said things are changing in tennis.

Shriver says that in her day, many women tennis players waited to have children until their careers were finished. That’s what Shriver did.

“During my era, there [were] very few moms,” she said.

Now, women are playing longer, and some are choosing to have families at the same time.

My thoughts on the recent @WTA rule changes, designed to ensure players are not penalized when returning from pregnancy or an injury that causes a long absence. pic.twitter.com/N0UDnqAfLw