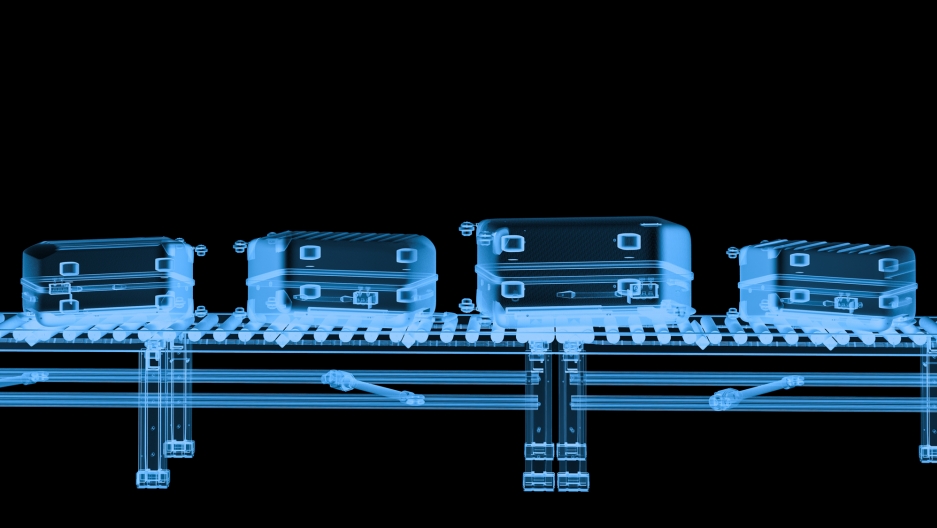 On June 27, 2015, Cheyenne Sharma landed at Pearson International Airport, outside of Toronto, on a flight from Trinidad.

Canadian border agents inspected Sharma’s suitcase on her arrival and found more than 4 pounds (1.971 kilograms) of cocaine in the lining. The cocaine had an estimated street value of almost $100,000 (or $128,000 in Canadian dollars).

Sharma was arrested. She admitted to authorities that she had been offered $20,000 Canadian dollars ($15,562 US) to transport the suitcase into the country.

Sharma was charged with trafficking a “Schedule I” narcotic. In Canada, that offense carries a mandatory minimum sentence of two years plus a day.

Mandatory minimum sentencing means a person convicted of a crime must be imprisoned for a minimum term, as opposed to leaving the length of punishment up to the discretion of a judge.

To do that, her lawyers put the country’s colonial history on trial.

Jonathan Rudin is the program director of Aboriginal Legal Services in Toronto. He’s one of Sharma’s defense lawyers. "Canada developed a policy, an explicit policy to destroy Aboriginal people as a people,” Rudin explains. “They used a number of mechanisms to do that. The most notorious now is the residential school system."

Rudin says that these schools are the source of much of the economic and educational disadvantage that Indigenous Canadians face today.

Residential schools were government funded and run by religious orders. From the 1870s to the 1990s, more than 150,000 Indigenous children were removed from their families and educated in these schools. Children weren’t allowed to speak their Indigenous language or practice their beliefs.

"The residential school system was designed to ‘kill the Indian in the child,’ which was the government's terms,” Rudin says. “The idea was, after residential schools, was that there would be no Indians because they would all be assimilated."

The system led to generations of families broken apart. The Canadian government has formally apologized for the schools. But for many Indigenous Canadians, the legacy of these schools has a deep impact on their lives.

So, what does this have to do with Sharma's case?

The 23-year-old is of Ojibwa ancestry and is a member of the Saugeen First Nation in Ontario. Her lawyers argued that she was a product of this devastating history.

The numbers are staggering. While Indigenous women make up around 3 percent of the population of women in Canada, they make up 38 percent of women in prison.

“I think there's no other group in the Canadian context right now that is experiencing racism — the effects of Canadian racism like Indigenous women,” says York University sociology professor Carmela Murdocca.

Murdocca says that settler colonialism is alive and well in Canada. “That version of colonialism is not a historical event that happened in the past, but is a structure that continues to endure in Indigenous people's lives.”

“Socio-economic disadvantage, different educational opportunities, the legacies that we know emerged from experiences of residential schools, intergenerational trauma,” argues Murdocca. “All of those factors tend to bring Indigenous people, and Indigenous women, in particular, into more frequent contact with the criminal justice system.”

So, back to Sharma’s case. Here’s what’s known about her life from court documents.

Her grandmother was a residential school survivor. Her mother was in foster care for a period of time. Sharma, herself, is a rape survivor. She ran away from home at 13. At 16, she attempted suicide. And again at 17. At 18, she had her daughter. At the time of her arrest in 2015, she and her daughter were about to be evicted from their home.

Before tougher legislation was enacted in 2012, a judge could take all of this information into account and give Sharma a conditional sentence — one she could serve in the community.

The prosecution had been asking for a sentence of three and a half years, citing Sharma's Indigenous background and saying it was below the six to eight years that was standard for the amount of drugs she was carrying when she landed from that flight from Trinidad.

In the court documents, Sharma told authorities that she was employed by a man she was dating to transport the suitcase containing the cocaine. She says she wasn’t told what was in it, but she assumed it was contraband.

"Typically, importers are lied to and manipulated and controlled,” explains Rob Christie, one of Sharma’s lawyers. “We grab them, and we don't even try to go the next step, to go up the ladder."

In Sharma’s case, no one else was prosecuted.

On Feb. 20, 2018 — over two years after she was charged — Sharma stood in a courtroom at the Brampton Superior Court outside of Toronto. In a brief address to the court, the judge gave his ruling. Justice Casey Hill called the mandatory minimum “cruel and unusual punishment" for Indigenous offenders caught up in a "tragic history" within the Canadian justice system. He struck down the legislation.

The ruling means that people convicted of importing more than 1 kilogram of a Schedule I drug into Canada will no longer face the mandatory minimum sentence.

Christie had also asked Justice Hill to strike down limits on house arrest for drug traffickers, but the judge decided against doing that. Sharma’s case changed Canadian law. But Justice Hill went on to sentence her to 17 months in prison.

The Canadian government has been talking about scrapping mandatory minimums as they relate to certain drug offenses. Prime Minister Justin Trudeau has stated that his government should seek "to reduce the rate of incarceration amongst Indigenous Canadians."

Jody Wilson-Raybould is Canada’s minister of justice. She says that “it’s a work in progress.”

“I want to be able to bring forward something in the very near future that would be presented as broad criminal justice reform,” says Wilson-Raybould. “I believe strongly in the necessity to provide judges with the necessary discretion to be able to determine an appropriate penalty for individuals who come before them.”

Sharma is eligible for parole this summer.