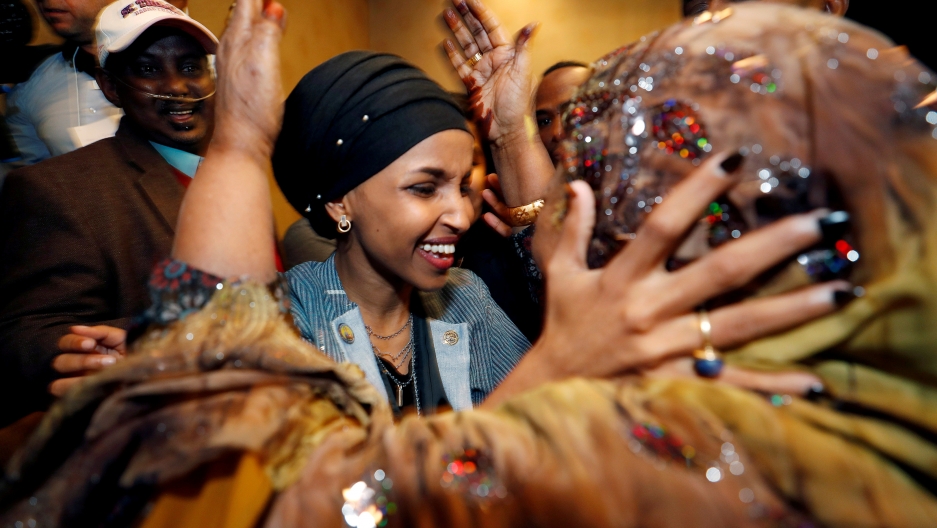 Democratic Representative elect Ilhan Omar is greeted by her husband’s mother after appearing at her midterm election night party in Minneapolis, Minnesota, US Nov. 6, 2018.

After the midterm results are tallied, more than 100 members of Congress are expected to be women — a record.

Here are some of the women who made history this year.

US House of Representatives

Rashida Tlaib and Ilhan Omar are the first Muslim women elected to Congress.

"I'm a different kind of public servant," Tlaib told the Free Press, as several supporters stopped to congratulate her. "I do activism work here at home. I grew up in a community that founded the labor rights movement. So much of your representation is so disconnected with what’s happening here at home. So people are going to see that connection again. ... Being there [in Congress] is going to be important so that my residents feel like they have a seat at the table but also someone with a lot of courage to stand up and speak up." 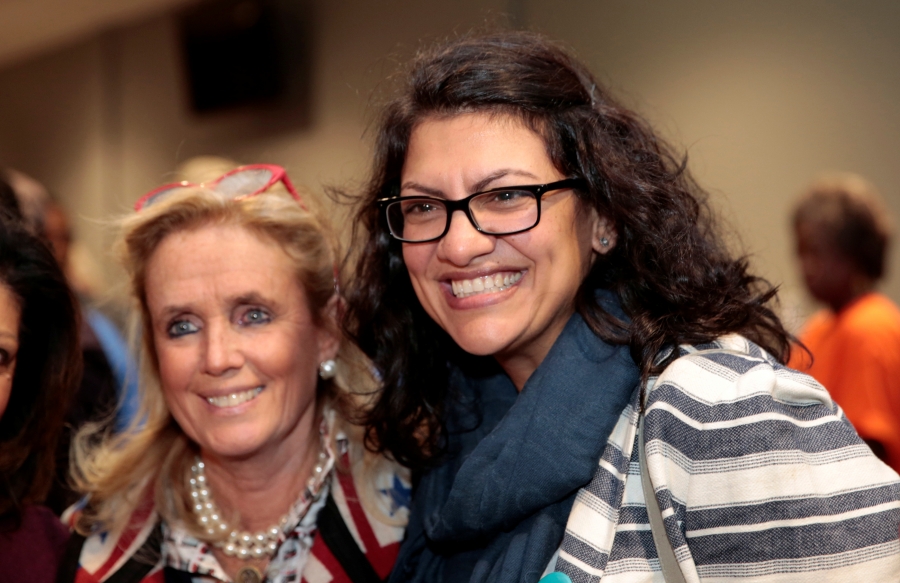 Representative-elect Rashida Tlaib, right, poses for a photograph with US Democratic Congresswoman Debbie Dingell at a midterm Democratic campaign rally in Detroit, Michigan, US Nov. 4, 2018.

Ilhan Omar is the first Somali American woman elected for the US House of Representatives, representing Minnesota's 5th Congressional District. Omar fled her native Somalia when she was 8 years old and spent four years in a refugee camp in Kenya. She came to the US as a 12-year-old and eventually settled in the Cedar-Riverside neighborhood of Minneapolis, which has long been a first stop for new arrivals in the US. (The World)

We did this, together.

“So, what I often say to people is that I didn't win because I'm Somali. I won because I'm progressive,” Omar told The World before the election. “The people in my district, in my house district and now in the congressional district, they were looking for who was the most progressive, who could represent their interests the best way. In big numbers, they made the decision that it was this Somali refugee.” 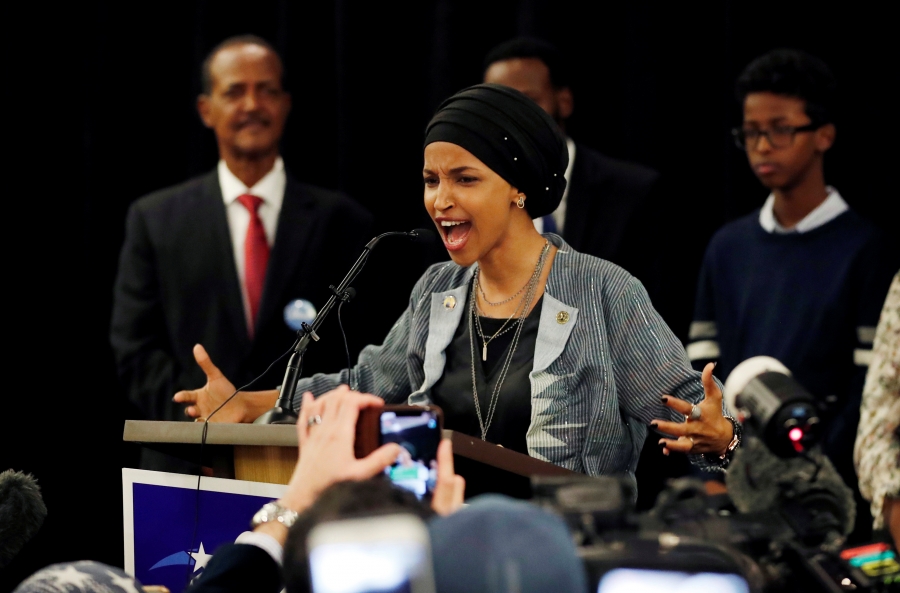 Only one other Korean American has ever served in Congress, Jay Kim, a Republican who represented California's 41st district. (Yonhap) 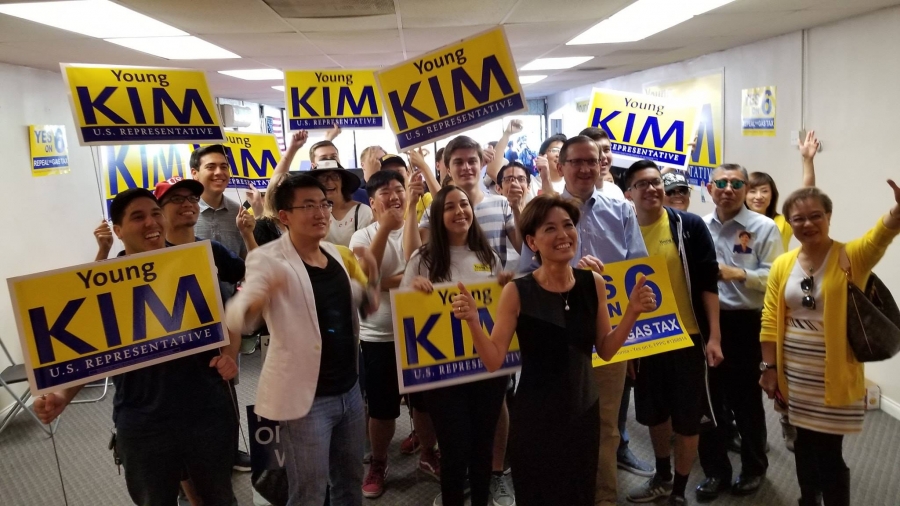 Young Kim, the first Korean American woman elected to US Congress stands with supporters in a Facebook photo on her campaign page.

Pressley defeated 10-term incumbent Michael Capuano in the primary and sailed to victory on Tuesday unopposed.

"I have no intentions of delivering a victory speech. What I'm offering is a vision." -- @AyannaPressley after her historic win #Midterms2018 pic.twitter.com/jFeLosbkQx 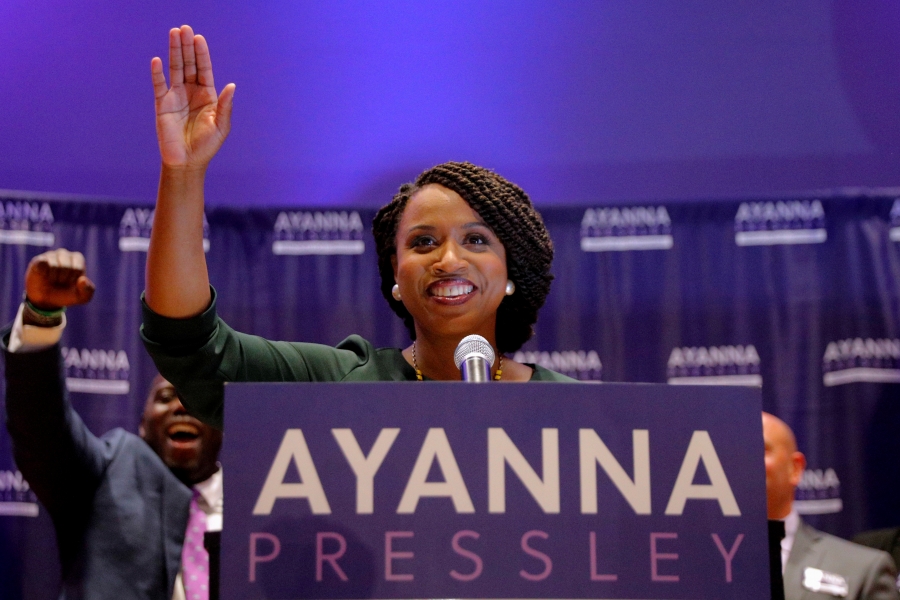 Jahana Hayes, who was recognized as the 2016 national teacher of the year, is the first black woman to represent Connecticut in the US Congress. 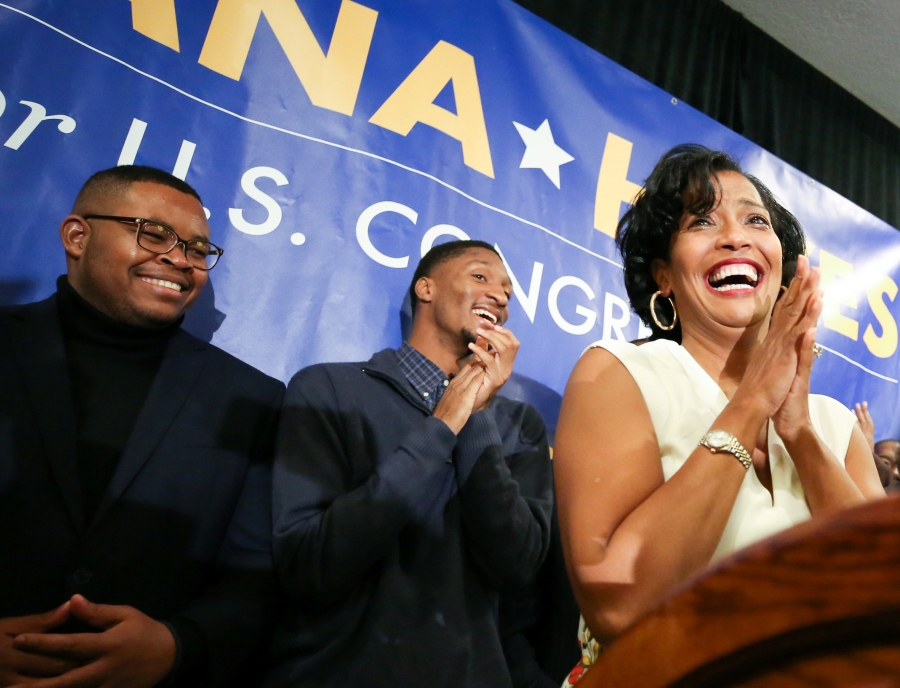 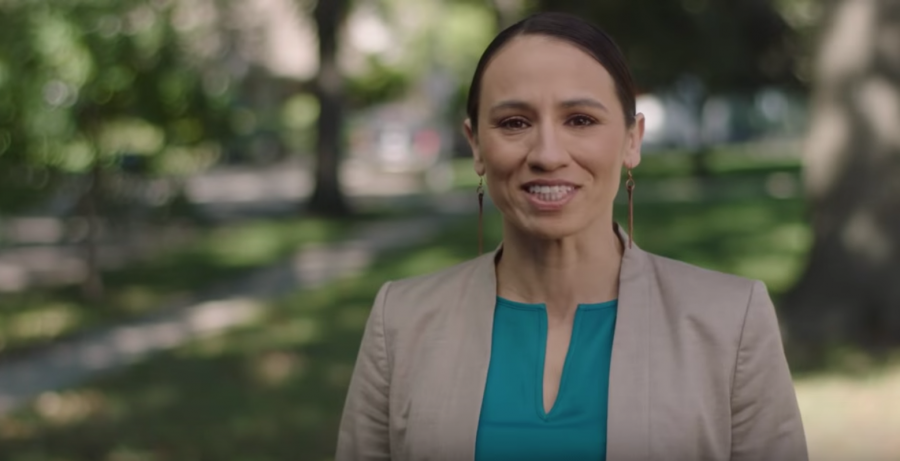 Sharice Davids, a member of the Ho-Chunk Nation speaks in her campaign video.

Debra Haaland is the second of two Native American women elected to the House. Haaland, part of New Mexico’s Laguna Pueblo Indian tribe, will represent New Mexico’s 1st Congressional District. Haaland will join a delegation made up of all people of color. Her historic win, a victory by a five-term Hispanic incumbent and a too-close-to-call contest between two other minority candidates, AP reported. (US News) 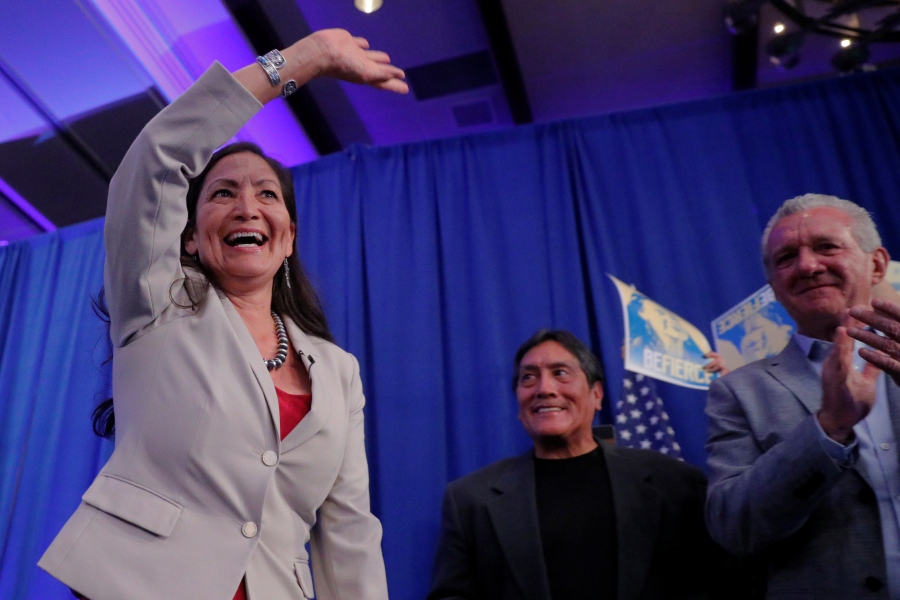 Alexandria Ocasio-Cortez, 29, is the youngest woman elected to Congress. A progressive Latina of Puerto Rican heritage, Ocasio-Cortez is the first person of color representing New York's 14th Congressional District, one of the most diverse districts in the United States. Ocasio-Cortez pulled off a stunning primary upset of 19-year incumbent Joseph Crowley, a top Democrat in the House.

Can’t help but reflect this Election Day: as my family in Puerto Rico watches me run for Congress, they still don’t have the right to vote in federal elections - despite being subject to federal lawmakers. 🇵🇷💔#PuertoRicoSeLevanta 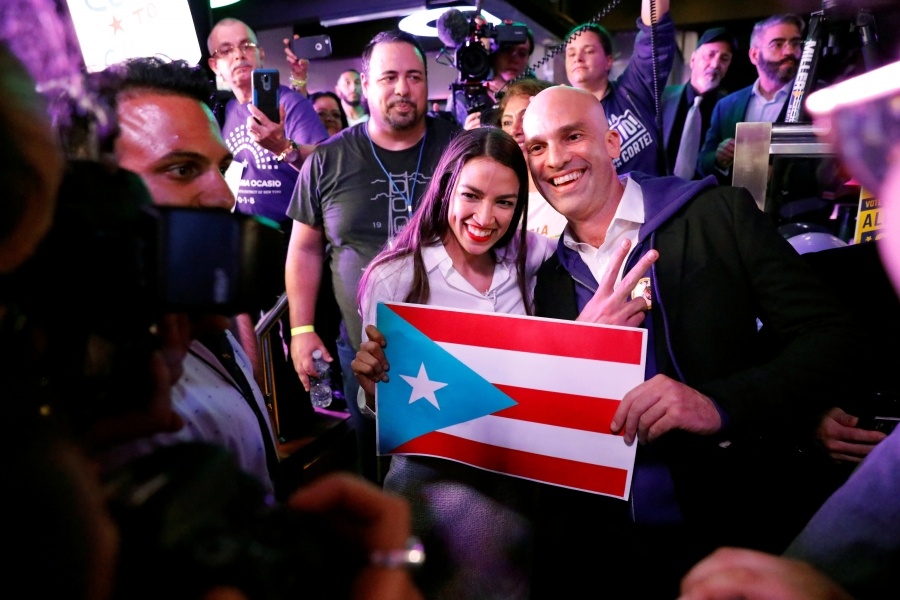 Abby Finkenauer, 29, became one of the youngest women elected to the US House of Representatives. Finkenauer is also the first woman elected to represent Iowa’s 1st Congressional District. Finkenauer said she decided to run after Iowa Republicans voted to dismantle collective bargaining rights, the Des Moines Register reported. "I thought, 'This is not how we treat people in my state and in my country,'" she said. (Des Moines Register) 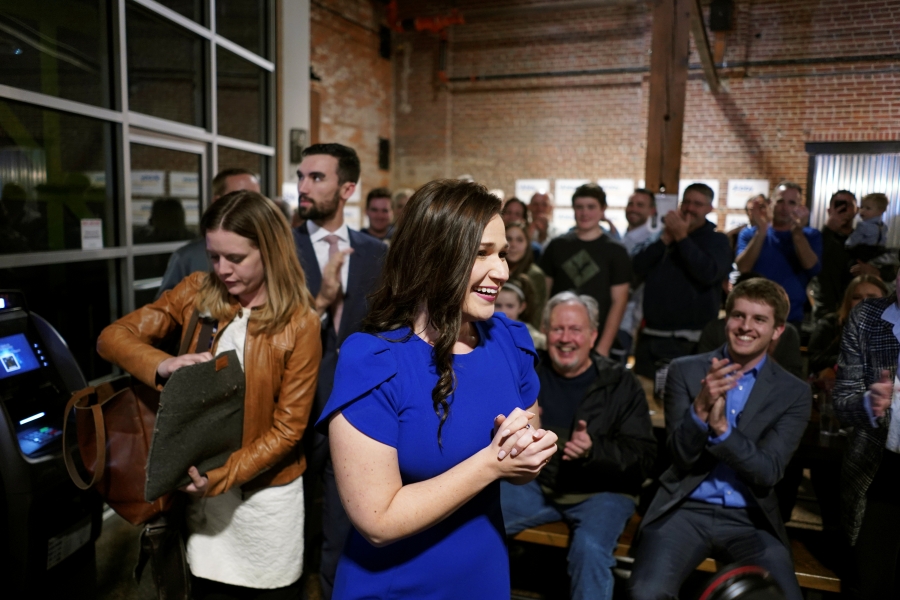 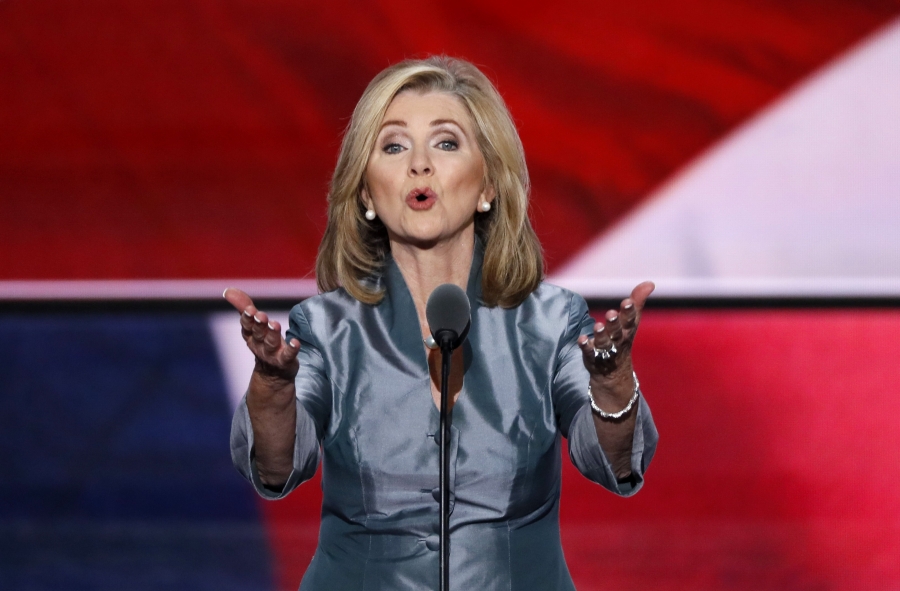 Representative Marsha Blackburn (R-TN) speaks during the final day of the Republican National Convention in Cleveland, Ohio, US July 21, 2016

Related: Tariffs are hurting Tennessee, but voters seem to be shrugging them off

Veronica Escobar and Sylvia Garcia will be the first Latinas to represent Texas in Congress. Escobar, a Democrat, will take the seat in Texas’ 16th Congressional District that is currently held by Beto O'Rourke. Garcia, a Democrat from Houston’s 29th District, has served in the state senate for six years. (The Texas Observer) 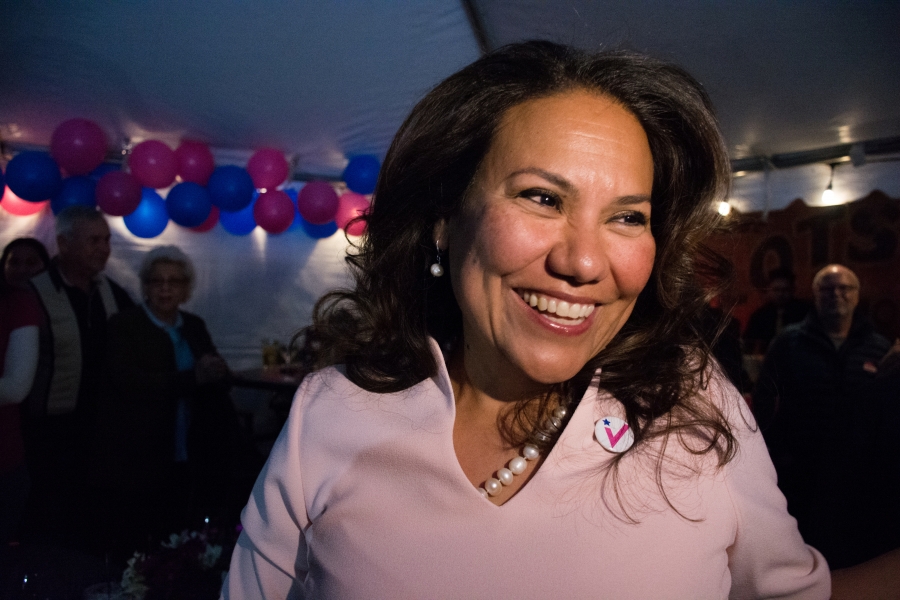 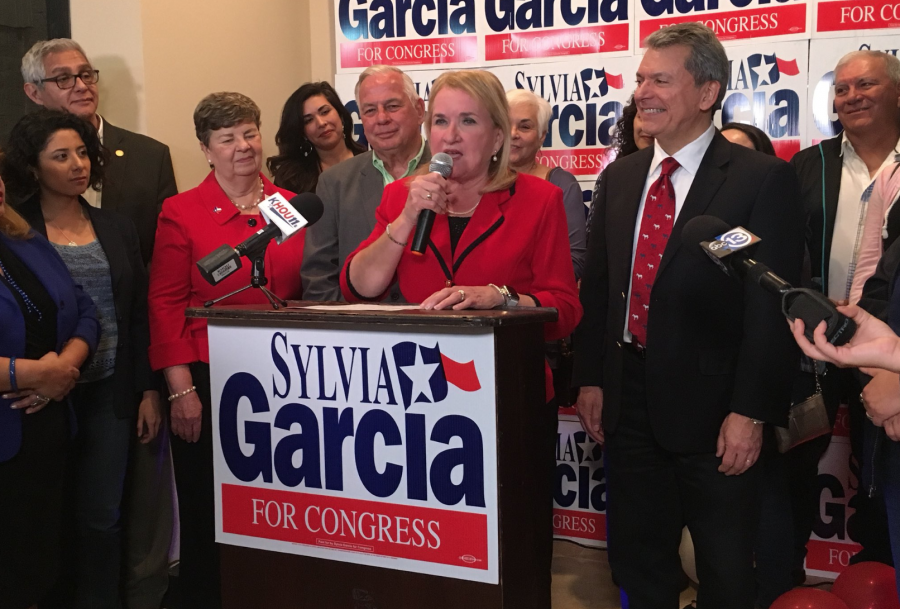 Sylvia Garcia speaks at a podium in this photo from her campaign's Facebook page.

Lou Leon Guerrero was elected as the first-ever female governor in the US territory of Guam and will be the first Democrat to serve as governor in 16 years. (VICE) 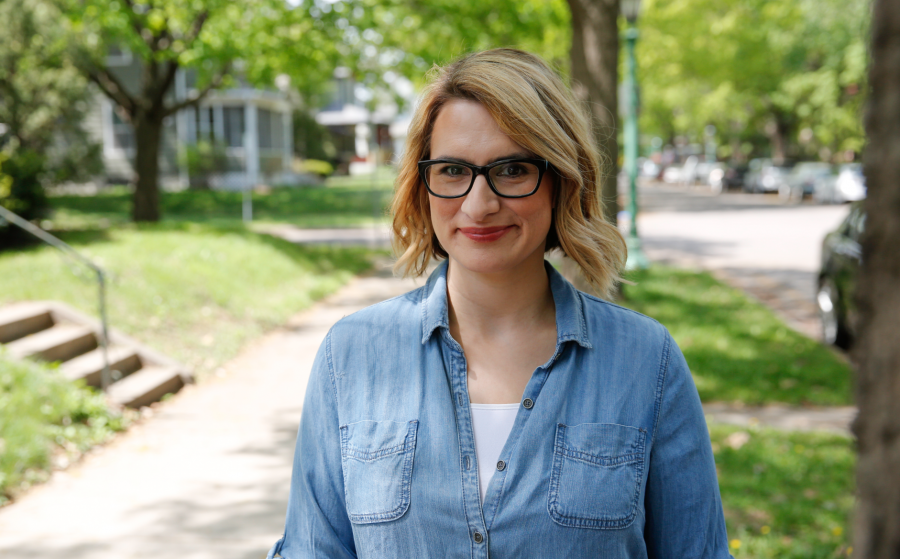 Kristi Noem is the first woman to be elected governor of South Dakota. Noem, a Republican, eked out a 3-point win over Democrat Billie Sutton, the smallest margin of victory in over 30 years. (Argus Leader) 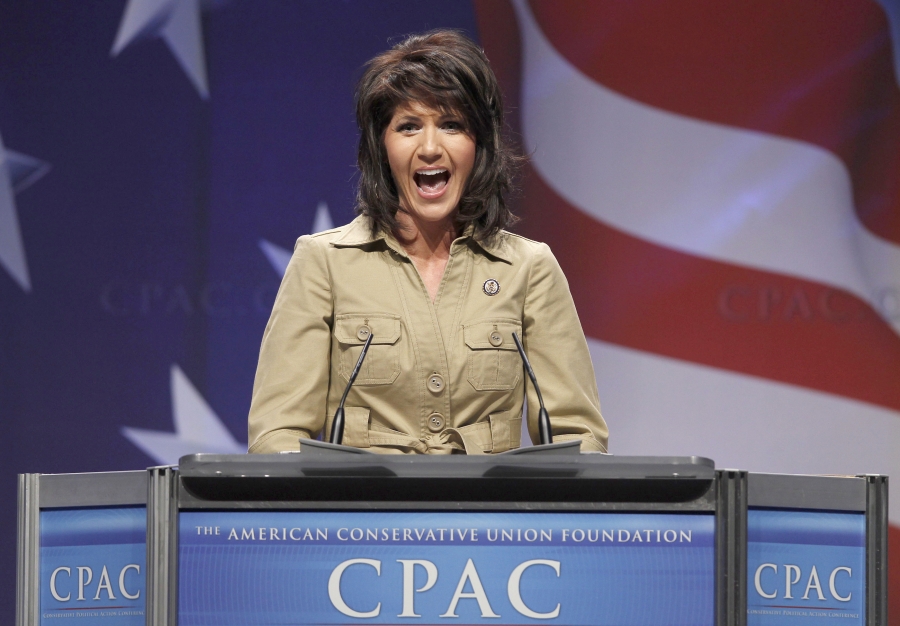 Safiya Wazir has been elected to New Hampshire’s 400-member House of Representatives, making her the first former refugee to win a seat in the state Legislature. (RFE/RL) 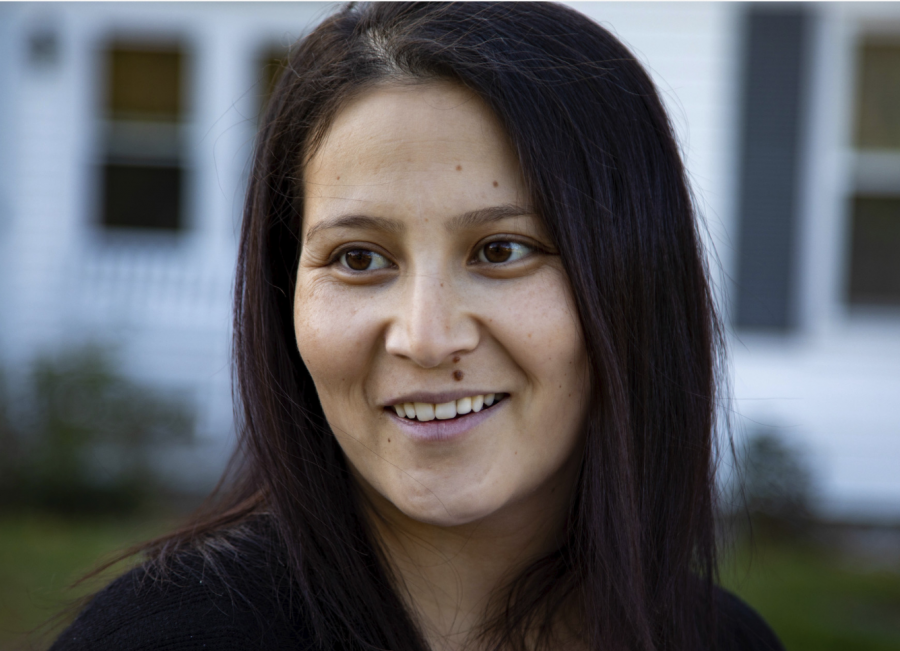 Related: Immigrants have a long history of taking their issues to the people — as political candidates