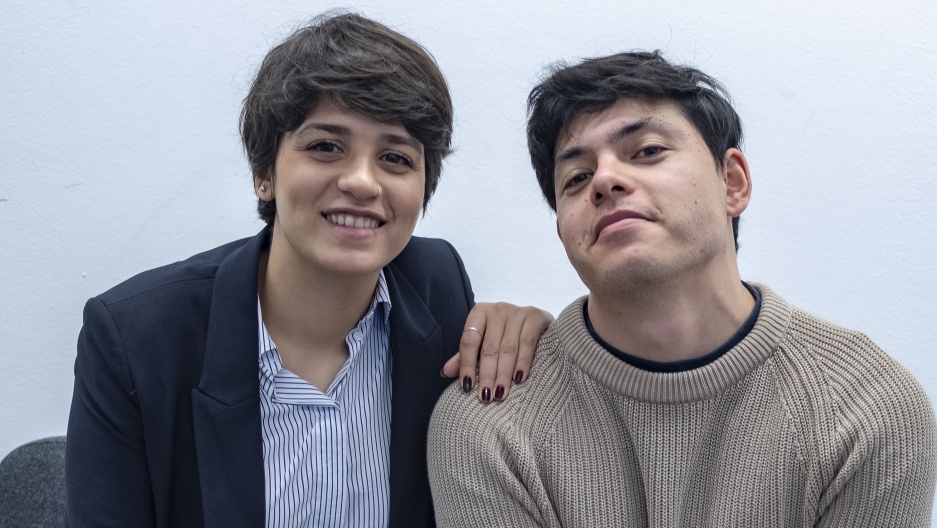 Sara Mardini and Sean Binder, both volunteers with a Greek nongovernmental organization that helps refugees reach safety, were released from prison in December 2018 on bail. Greek authorities had accused them of people smuggling, espionage, money laundering and participation in a criminal organization. Mardini and Binder are waiting to find out whether their case will proceed to trial.

In 2018, our Across Women’s Lives desk reported on numerous women who've had a profound impact on their communities. Many of them challenged the status quo — like Kriti Sharma of London, who developed a gender-neutral robot named Pegg. Or Ahed Tamimi, 16, who has been hailed by Palestinians as a new symbol of resistance.

They're also role models for young women — years later, it's evident that Kristi Yamaguchi inspired a record number of Asian American skaters. Tennis champion Serena Williams, who took so much flak for her "catsuit," was instrumental in getting rules changed recently for women tennis players’ dress. And Ilhan Omar is one of two Muslim women elected to the US Congress.

Here's a list of 10 women who made a big difference in 2018. Also, check out our top AWL stories for the year plus our #MeToo coverage you might’ve missed in 2018. 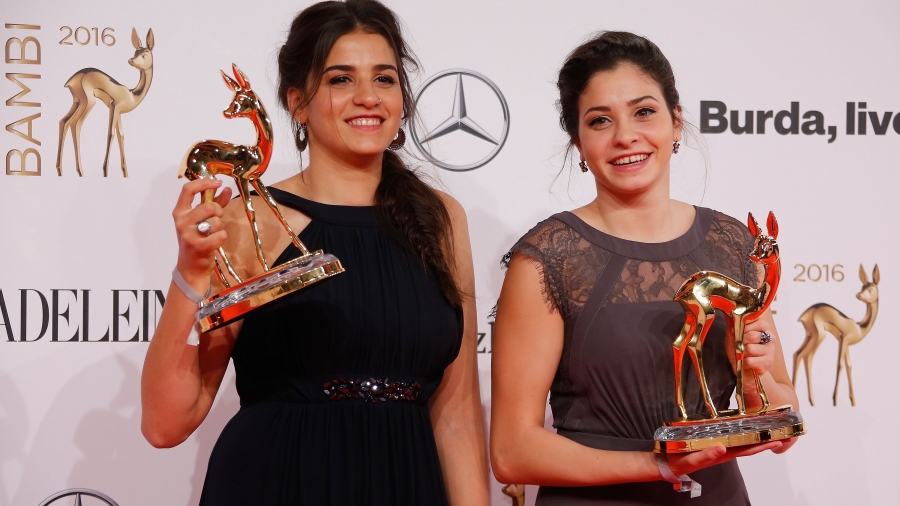 Sara Mardini, known as one of the Syrian refugee sister “hero swimmers” for her rescue efforts on a migrant boat in 2015, was released on bail after being imprisoned on the outskirts of Athens, Greece, for 106 days. Mardini, a volunteer with ERCI, a Greek nongovernmental organization that helps refugees reach safety, was arrested on Aug. 21 along with its founder and head, Panos Moraitis, and volunteers Sean Binder and Nassos Karakitsos, on charges of people smuggling, money laundering, espionage and participation in a criminal organization. They were released in mid-December, with bail set at $5,652 for each of them. Mardini and her colleagues now await a decision by the judicial council about whether or not there will be a trial, and what the charges will be. 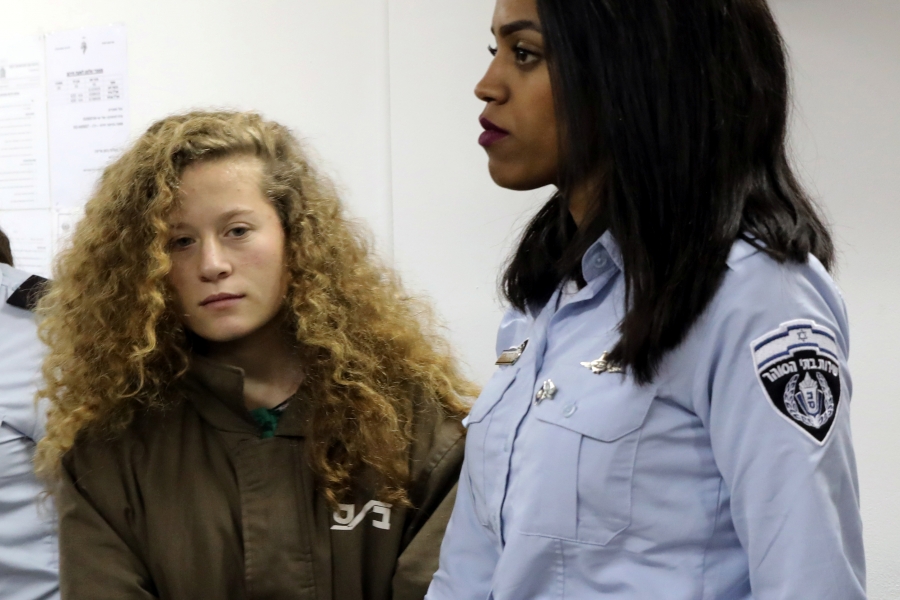 Ahed Tamimi, a 16-year-old Palestinian girl, appeared in a viral Facebook video that shows her slapping and yelling at an Israeli soldier. The Tamimi family is quite well-known as Palestinian activists, but Ahed is now arguably the most widely recognized. She’s being compared to Malala Yousafzai and even Joan of Arc. 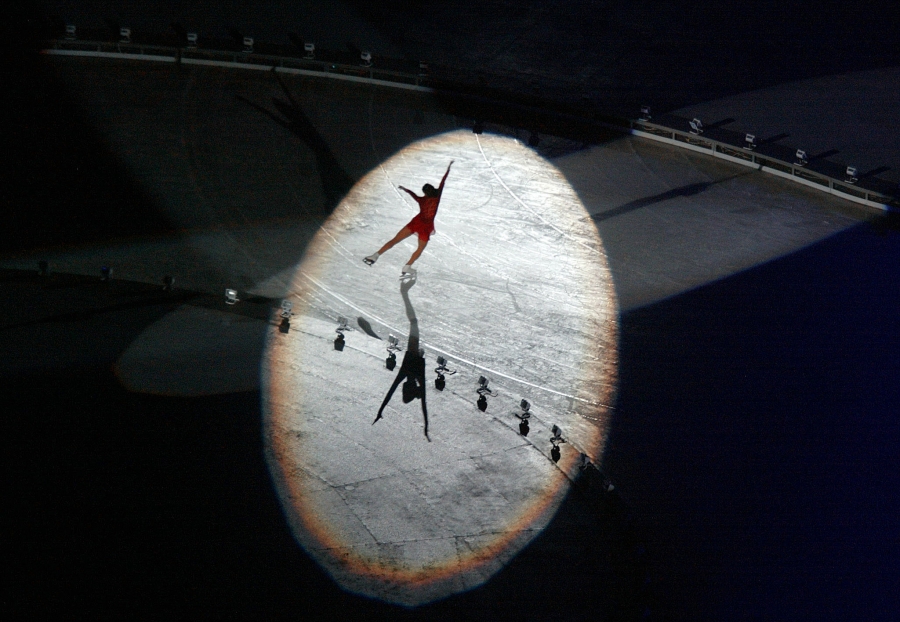 More than 200 athletes representing Team USA took part in 15 sporting events during the 2018 Winter Olympics in South Korea. One competition that always gets attention is figure skating, and last year, it was notable for the record number of Asian American skaters. At the 1992 winter games in Albertville, France, Kristi Yamaguchi became the first Asian American to win the gold in the figure skating event. You could say it was Yamaguchi’s win that paved the way for today’s increasing number of Asian Americans on ice. 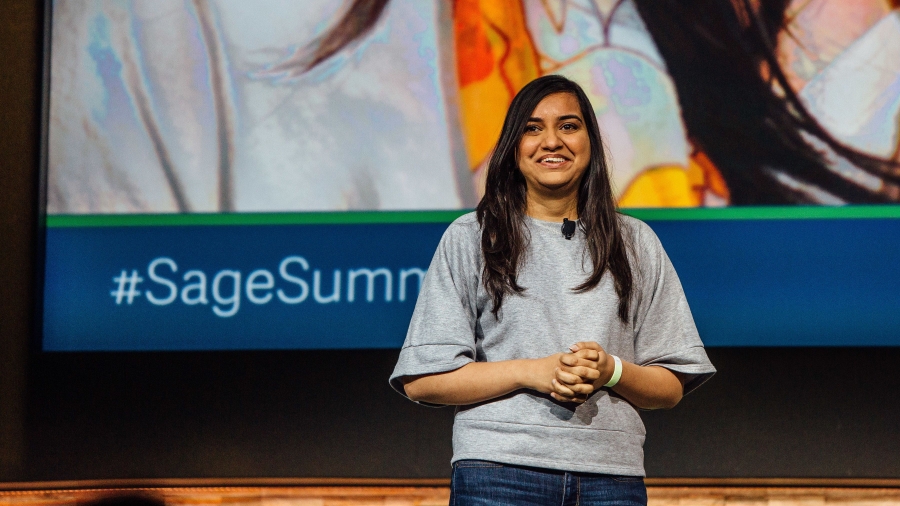 AI is reinforcing human stereotypes, says technologist Kriti Sharma. One of the biggest issues, she says, is that the workforce in technology fields, and particularly in AI, is male-dominated. She's trying to change that with her gender-neutral robot named Pegg. “I strongly believe if we had more diverse technology teams, these issues would have been detected and acted upon much earlier — possibly they would never have even happened,” she told The World. 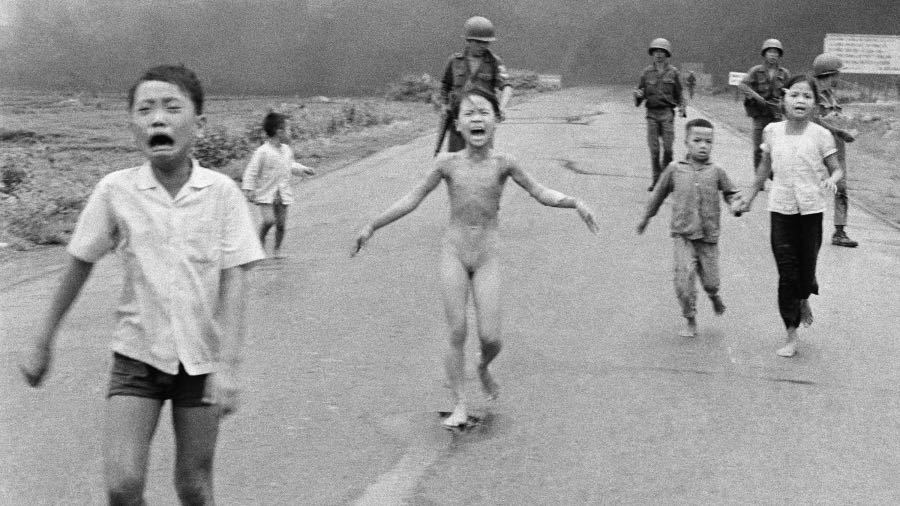 For many years, Phan Thi Kim Phùc was known as the Napalm Girl. She was in an iconic photograph that pictured her running naked down a road, screaming after a napalm attack on her village. That photo won a Pulitzer Prize and changed the way the world looked at the Vietnam War. For many years, Kim Phùc was angry and in pain. But, she found a way to forgive and find peace. 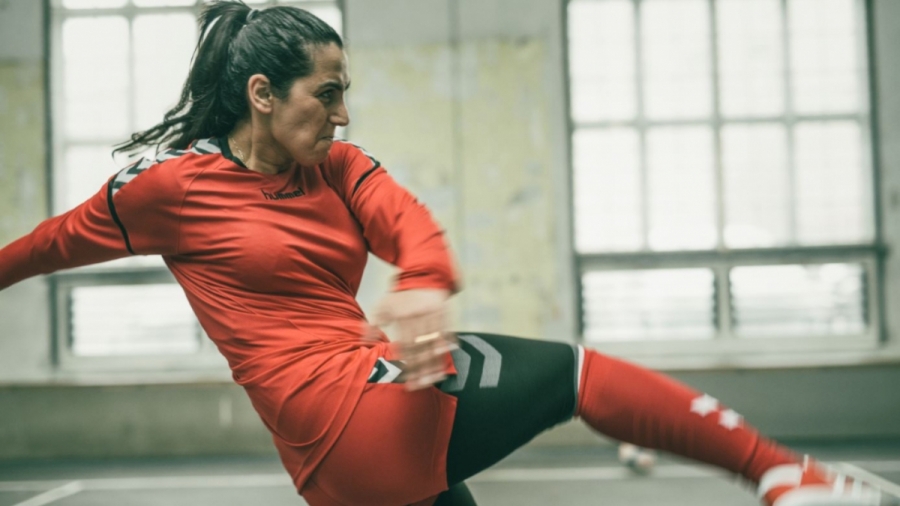 Khalida Popal did not let the harassment by the Taliban stop her from playing soccer. But daily death threats left her no choice — she fled her homeland and ended up in Denmark. More recently, Popal responded to allegations that members of the Afghanistan national women’s team were sexually and physically abused by men who were part of the Afghanistan Football Federation. 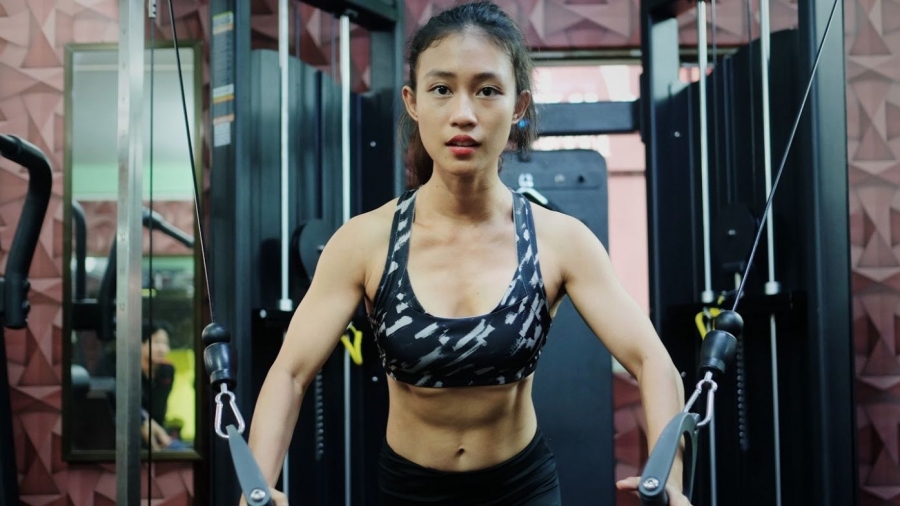 Thet Thet Wai lifts weights at her gym in Yangon. She recently became one of many internet celebrities leading the campaign to advocate for the death sentence for rapists.

When Thet Thet Wai is lifting weights, she feels strong. A few months after she joined a gym, Thet Wai quit her public relations job to train full time for Myanmar’s female bodybuilding competition. Afterward, she got a lot of attention from other Myanmar women on the internet. In a matter of weeks, Thet Wai got some 20,000 new followers on Facebook, where she started uploading videos of herself lifting, squatting and showing off her abs. She wasn’t just interested in her own posts, though. She started paying more attention to things others were posting. And what she saw was shocking: picture after picture of maimed and bloody women who were victims of assault. She began to use her celebrity status to advocate for harsher penalties for rape. 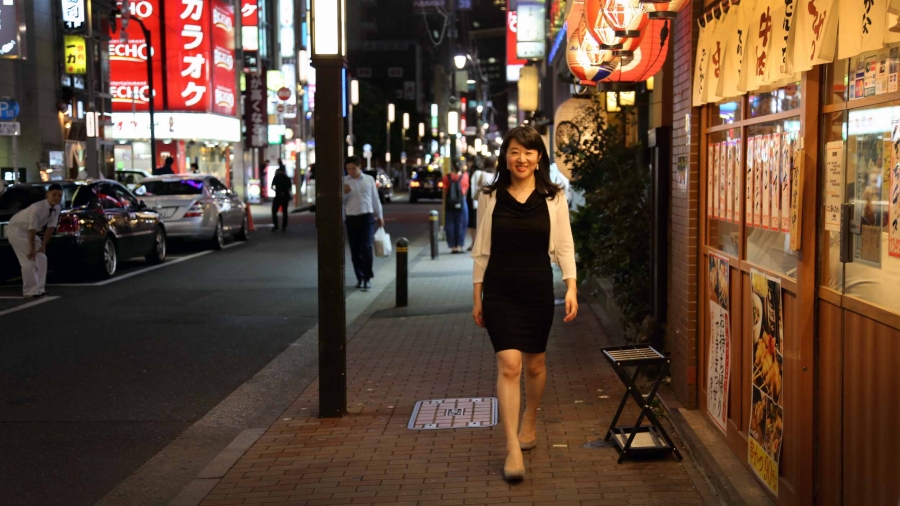 Mayor Naomi Koshi is the youngest female mayor in Japan, where only 2 percent of mayors are female. Koshi and another female mayor have asked the Sumo Association to change the rules that bars women from entering a sumo ring. “Sumo is approved by the government, so it should follow the constitution, which says men and women should be treated equally,” she says.

Women are barred from entering sumo rings in Japan because they're considered sacred spaces. Naomi Koshi, a female mayor who can't open a sumo competition in her city, is now working with other female mayors to change the practice.

“The Sumo Association is approved by the government, so it should follow the constitution, which says men and women should be treated equally,” Koshi said. 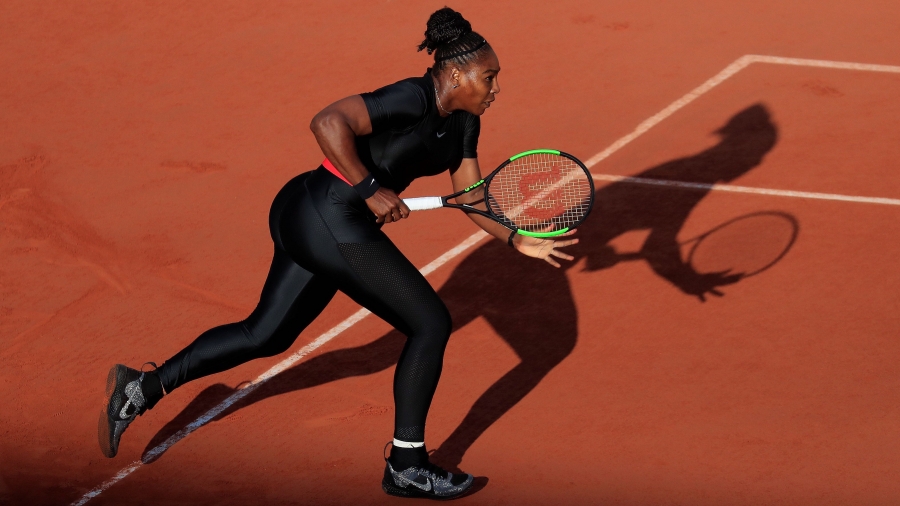 The Women’s Tennis Association has announced new rules on dress code and maternity leave for tennis players, thanks in large part to the bravery of Serena Williams holding her own and speaking out after the whole "catsuit" incident. Tennis great and WTA founder Billie Jean King applauded the changes in a tweet. 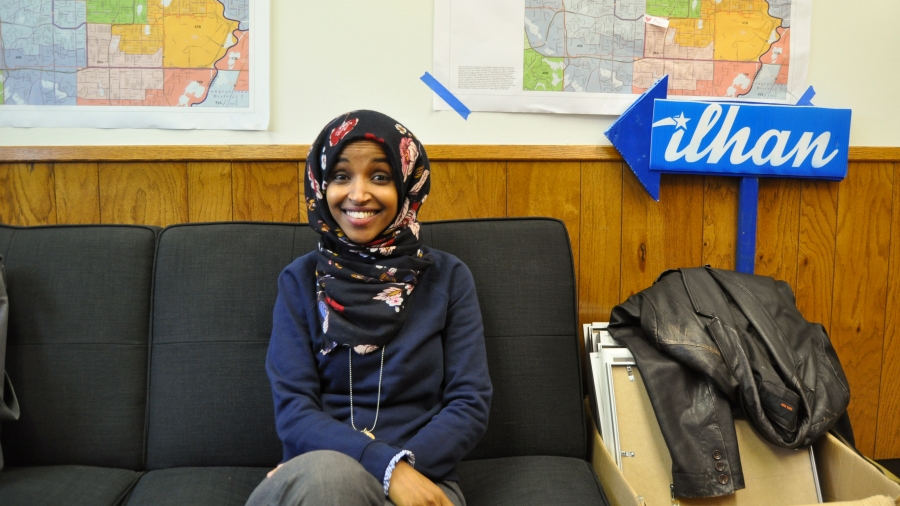 Ilhan Omar is a 36-year-old Democratic candidate to represent Minnesota's 5th District, in the US Senate. On Oct. 26, 2018 she was at her campaign headquarters in Minneapolis, Minnesota. But she keeps such a busy schedule that sometimes, it almost seems as if there are several of her roaming around the city securing votes and meeting constituents.

Congressional candidate Ilhan Omar is the first Somali American woman to hold national office. Omar fled her native Somalia when she was 8 years old and spent four years in a refugee camp in Kenya. She came to the US as a 12-year-old and eventually settled in the Cedar-Riverside neighborhood of Minneapolis, which has long been a first stop for new arrivals in the US. There, she “fell in love with democracy” and started spending time as a community organizer until she ran for office — and won.