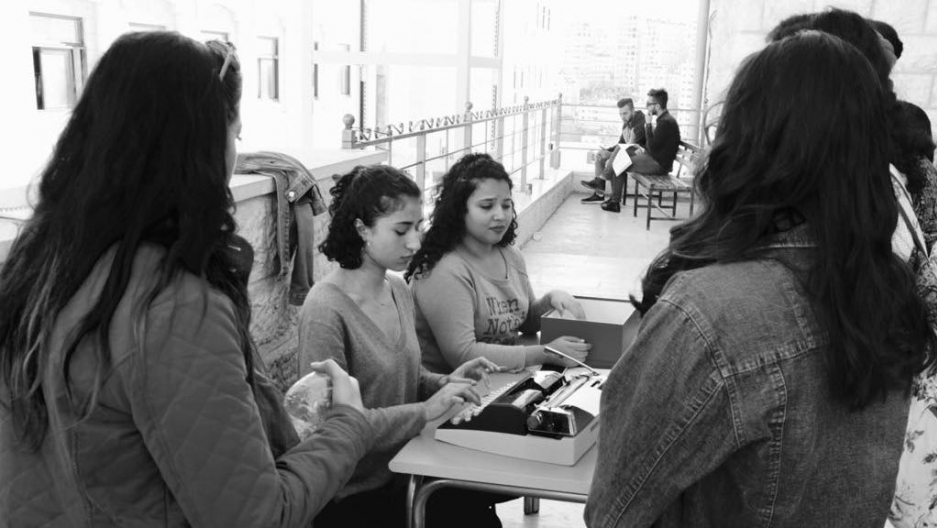 Activist Yasmeen Mjalli types out women's stories of sexual harassment in an effort to highlight the problem in the Palestinian territories.

It’s been over a year since the #MeToo movement — to combat sexual harassment and abuse — gained a foothold in the US and ignited a larger global discussion. The hashtag first took off in the wake of the Harvey Weinstein scandal that rocked Hollywood, but in 2018, women said #MeToo in many other settings, from Sweden's tech industry to the international aid sector.

#MeToo and a number of other similar campaigns — such as #NotYourHabibti, #NiUnaMenos and #BalanceTonPorc — arose in Argentina, Australia, China, France, Haiti, Italy, Japan, Spain, Sweden and South Korea. The list goes on.

Here are 10 global #MeToo stories that you might’ve missed in 2018:

1. In Japan, sexual harassment isn’t a crime. Women who say #MeToo are targets.

Women who have told their stories publically in Japan have been shamed. The face of #MeToo in Japan is a journalist named Shiori Ito, who says she was raped by an older journalist, the biographer of Prime Minister Shinzo Abe. She came forward publicly in May 2017.

2. How #MeToo changed this year's Running of the Bulls

Seizing on the national outrage, many women suggested either boycotting the Running of the Bulls or attending it dressed in black. Pamplona feminists ultimately rejected both forms of protest, calling them detrimental to their decadeslong work to “reclaim” the festival for women.

In the very Catholic countries of South America, feminists are fighting to change basic cultural attitudes about women. That’s the case in Paraguay, at the heart of the continent. Two women have paid a personal price to send a message about domestic violence.

Inspired by the #MeToo movements that spread around the world last fall, #Teknisktfel is a petition, hashtag and website run by seven women in Sweden’s tech industry dedicated to chronicling the harassment and discrimination that women in the field face every day.

5. This Haitian comedian revealed her trauma and became a voice for #MeToo

Gaëlle Bien-Aimé, 30, wants to encourage women in Haiti to speak out against sexual harassment and abuse.

6. Women in the global aid sector are saying #AidToo

It’s their version of #MeToo — unfortunately, sexual harassment and abuse are all too common in the humanitarian aid sector.

7. Muslim women are speaking out against abuse with #MosqueMeToo

Muslim women are using the hashtag #MosqueMeToo to speak out against sexual abuse that takes place during the annual Muslim pilgrimage to Mecca, Saudi Arabia.

On International Women’s Day in South Korea, where gender inequality is deeply entrenched, the government announced new measures to combat sexual assault in the workplace, increasing maximum prison terms and extending statutes of limitations. The initiative, a joint effort of five ministries, comes as the country continues to reel from Tuesday’s news of a prominent politician’s resignation after his secretary accused him of rape.

9. I didn’t know how big a problem sexual harassment was in China — until #MeToo

Yajun Zhang, who has an English-language podcast in Beijing, talks about the dialogue around sexual harassment in China.

10. She started #NotYourHabibti to shine a light on sexual harassment in the Palestinian territories

The 21-year-old activist is gathering women’s stories of sexual harassment and carefully typing them out on her antiquated machine.