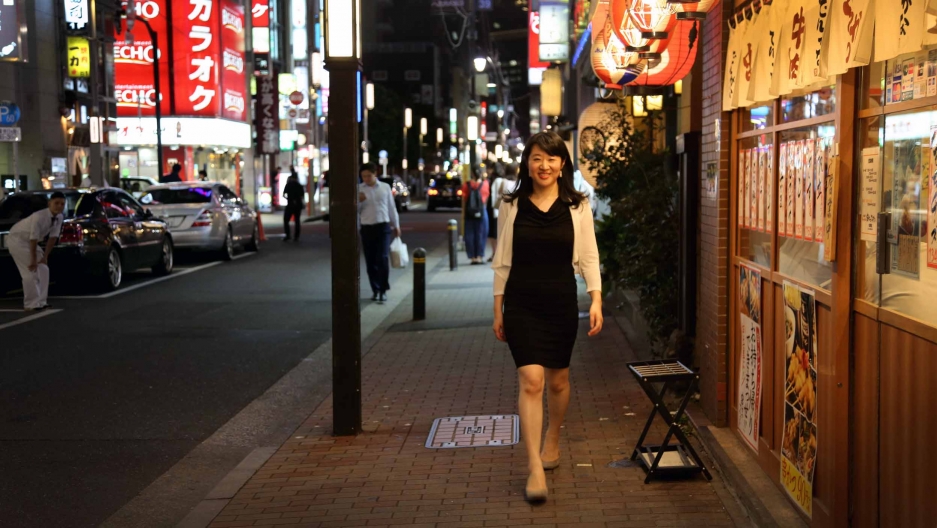 Mayor Naomi Koshi is the youngest female mayor in Japan, where only 2 percent of mayors are female. Koshi and another female mayor have asked the Sumo Association to change the rules that bars women from entering a sumo ring. “Sumo is approved by the government, so it should follow the constitution, which says men and women should be treated equally,” she says.

Thousands of fans will gather in Otsu, Japan, on Monday to watch a sumo match, part of an annual summer tour.

Normally, the mayor would give a welcome speech from inside the ring. But that can’t happen in Otsu because its mayor, Naomi Koshi, is a woman and women are forbidden from entering the sumo ring.

“The Sumo Association is approved by the government, so it should follow the constitution, which says men and women should be treated equally,” said Koshi, who with another female mayor, has launched an effort to change the rules.

Sumo wrestling is so integral to Japanese identity that the country’s origin story involves two gods battling in a sumo match for control of the Japanese archipelago. The emperor is said to be a descendant of the god who won. Today, hundreds of thousands of fans tune in to nationally televised matches that still incorporate ancient rituals and because the sport is considered a national treasure, the Sumo Association enjoys quasi-governmental status and preferential tax treatment.

But despite its government support, women are prevented from entering the sumo wrestling ring, which is considered sacred.

Earlier this summer, the issue got major media attention when a male politician collapsed in the ring before a televised match and a nurse rushed in to begin CPR and was immediately ejected. Panicked officials can be heard on the loudspeaker yelling, “Ladies, please leave the ring.”

It was after this that Koshi and another female mayor, Tomoko Nakagawa, began organizing to demand the Sumo Association change its policy.

Only about 2 percent of Japan’s mayors are women. At 42, Koshi is the youngest.

She says knew she wanted to go into politics at a very early age. Growing up in Otsu, her mother had to quit her job as a designer when her grandmother got sick and that’s when Koshi realized she could make a difference through public service.

“It was so hard for my family because there weren’t services for my grandmother, so my mom had to sacrifice and I started to thinking about how we could change the system and about politics, especially local politics,” she says.

But she soon learned there were different roles for men and women: When she graduated from college, she saw Japanese employers only offer job interviews to the male graduates.

She decided to go to law school, in part because the admission test was gender-blind, and eventually landed a job working for the country’s largest law firm. The firm sent her to Harvard, where she got an additional degree in international law and a lesson in campus politics: It was 2008 — an election year — and students were vocal and engaged.

“In Japan, we don't see that, young people really aren’t interested in politics, so I thought I should do something to change that,” she says.

When she returned to Japan, Koshi decided to run for mayor on a platform looking to help women, but it was a tough message to deliver on the campaign trail. Men shouted sexist insults, one even kicked her as she was out greeting voters. After she took office, some of her male employees were openly defiant.

Still, during her six years in office, Koshi has managed to enact policies that make life better for women. Her administration built 20 new nurseries for about 2,000 children, which eliminated long waitlists for spots.  All male city employees are now required to take paternity leave for at least two weeks, with the option of leaving for up to three years. Otsu is the only city in Japan with a mandatory paternity policy.

Through those family-friendly programs, Mayor Koshi says she has been able to affect the birth rate in Otsu — which is now on the rise — while the rest of Japan’s continues to decline. 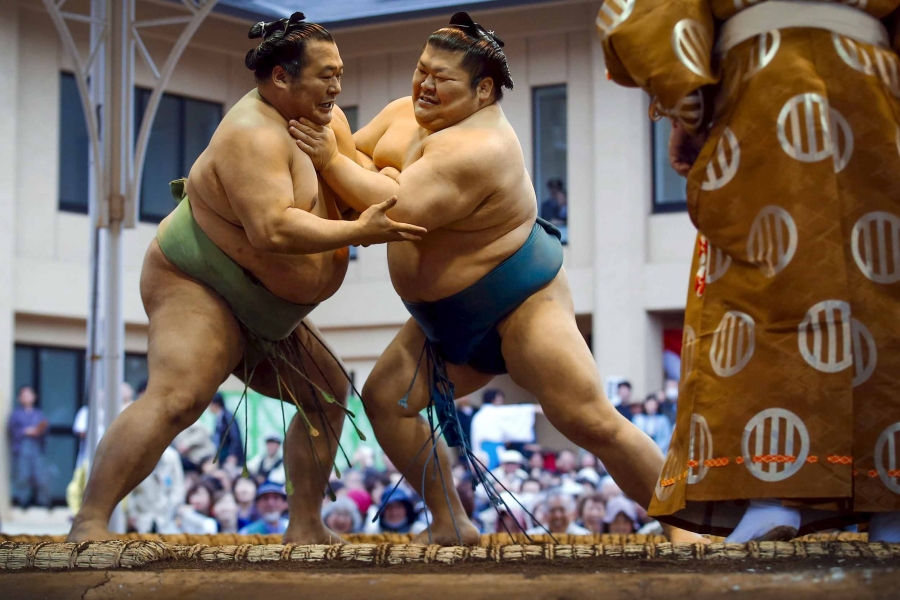 Sumo wrestlers compete during the "Honozumo" ceremonial sumo tournament at the Yasukuni Shrine in Tokyo in 2015. Sumo rings are considered sacred spaces and women are barred from entering them.
Credit:

As for her fight to change the ancient tradition of sumo wrestling and make it more inclusive to women, support seems to be gaining throughout Japan: At a public meeting earlier this month in Takarazuka City, which also has a female mayor, 300 people showed up to discuss the issue.

Akiko Tanetani, a lawyer who organized the event, said she doesn't think the female mayors could mount a successful legal case against sumo, so it’s important for leaders like Koshi to apply public pressure.

She’s up against centuries of tradition though, which sumo’s supporters say is still meaningful to many Japanese.

Yuji Seki, a historian and political commentator, said the practice of barring women from the ring comes from the idea that their presence would make the female goddesses who guard the ring jealous. Similarly, women still aren’t permitted to climb some mountains where goddesses are thought to reside or visit some temples or shrines.

“Japan is one of the few advanced countries where there’s still nature worship,” Seki said. “And the world is changing so rapidly, I think it’s important that we stop and consider where this belief comes from and why it’s important. Take Native Americans: Would it be OK to tell them to stop worshipping their gods because their beliefs are out of step with the modern world?”

Still, some traditions have changed, said Masataka Suzuki, a cultural anthropologist and professor emeritus at Keio University, who pointed out that the ring used to have four pillars representing gods of each direction, but they blocked the TV cameras so they were removed. And the referee, who resembles a Shinto priest, also got in the way of cameras so now he stays outside the ring.

“Centuries ago, everyone played sumo — kids in the yard; men; women would sometimes play naked — and it was quite barbaric, people were even killed.”

But then, around the beginning of the 18th century, the government created the ring to give the sport more authority and added more nationalistic pageantry — kind of like playing the national anthem at sporting events — but the matches were never religious ceremonies.

For its part, the Sumo Association declined requests for an interview but said in a statement that it’s considering the mayors’ petition. The next step will be to conduct a public survey.

That response does not satisfy Koshi.

“Yeah, they can take a survey, they can ask people, but before that, they should explain why they treat women differently from men,” she says.

The big sumo match will come to Otsu on Monday. Unless she’s invited into the ring to greet the crowd, Koshi says she will have other plans.

Editor's note: An earlier version of this story said Koshi and other female mayors submitted a formal petition to change the policy. Koshi has spoken to the association about the policy and will file a petition if necessary.