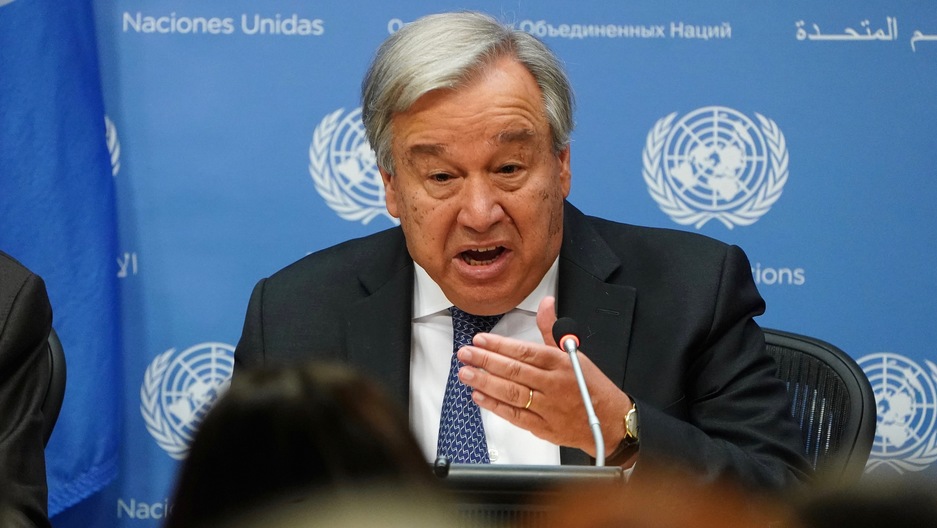 World leaders will meet in New York on Monday for a United Nations climate summit organized by UN Secretary-General António Guterres in attempt to “sound the alarm” on what he calls a defining moment in the climate crisis.

“Climate change is moving faster than we are,” he said when announcing the summit last year. “The leaders of the world need to step up.”

Guterres has asked countries to come to the summit with specific plans for how they intend to cut carbon emissions in line with the most recent science, which says global greenhouse gas emissions must fall 45% by 2030 and reach “net zero” by 2050 to avoid the worst impacts of climate change.

In an unusual move, Guterres has even said the summit's main stage will be reserved for countries and coalitions announcing ambitious new carbon-cutting goals or contributions to a fund to help developing countries fight and adapt to climate change.

“It's a meeting which has been called not to listen to speeches, but to look into specific actions.”

“It's a meeting which has been called not to listen to speeches, but to look into specific actions,” the UN’s Special Envoy for the summit, Luis Alfonso de Alba, told The World.

Guterres and his team have been crisscrossing the globe to meet with heads of state in what de Alba calls a “very intense” diplomatic program to spur more aggressive action on climate change.

The secretary-general’s diplomatic efforts have focused on G20 countries, which produce about 80% of global greenhouse gas emissions. Guterres has met with several heads of state from the G20 and sent letters to each with specific requests.

In a May letter to European Council President Donald Tusk, for example, he asked the European Union to commit to cutting its carbon emissions 55% by 2030, an increase from the 40% promise the EU made when it signed onto the Paris Agreement.

This, Guterres wrote, would send “a powerful message of leadership and commitment towards meeting the goals” of the Paris Agreement.

De Alba said he hopes the summit elicits new carbon-cutting promises from a majority of countries, including large emitters China and India. But just how many will set new targets in time to announce them in New York “is something that we will see at the summit,” he said.

This diplomatic wrangling is all aimed at increasing global climate ambition ahead of a key 2020 deadline.

When countries brokered the landmark Paris climate accord back in 2015, they agreed to limit global warming to 2 degrees Celsius, with an effort to keep it below 1.5 degrees Celsius.

But the pledges each country made, called the “nationally determined contributions” in UN parlance, don’t get the world anywhere close to that goal.

“If you take the collective commitments from all the parties, they actually don't add up to the temperature targets under Paris.”

“If you take the collective commitments from all the parties, they actually don't add up to the temperature targets under Paris,” said Andrew Light, a former State Department climate negotiator who worked on the Paris accord.

The climate pact was written to start slow and then let countries “ratchet up” their ambition in five-year cycles.

By 2020, countries are expected to set new nationally determined contributions. But for the most part, they’re actually voluntary. A majority of countries could stick with the commitments they made before signing the Paris accord, which globally put the world on track for about 3 degrees Celsius of warming.

The summit next week is aimed at putting pressure on world leaders to be more aggressive.

“When your boss shows up to something, they’ve got to be able to announce something. They don't go empty-handed. The meeting itself creates a kind of a forcing event.”

“We have an old saying in government service,” said Light, who is a fellow at the World Resources Institute. “When your boss shows up to something, they’ve got to be able to announce something. They don't go empty-handed. The meeting itself creates a kind of a forcing event.”

The summit Monday will be similar to a meeting the UN held in the fall of 2014, a year before the Paris accord was brokered.

But there was a key difference back then: The US had been working behind the scenes for years to help pave the way for the landmark 2015 agreement.

That’s not happening this time around. President Donald Trump has announced his intention to withdraw the US from the Paris Agreement, a move that can be completed next fall.

The US will be represented at the summit by a deputy assistant secretary from the State Department but is not expected to make any big mainstage announcements.