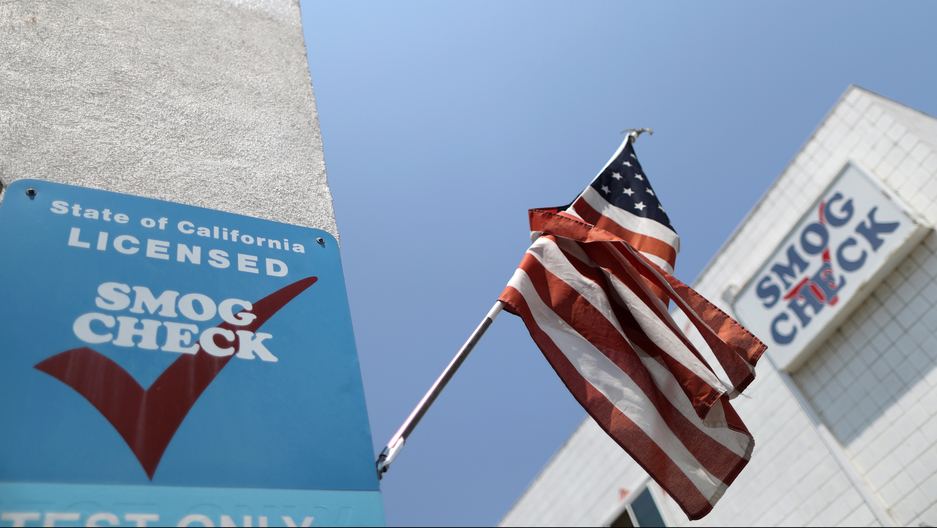 World leaders will meet in New York next week for the United Nations Climate Summit, an event called by the Secretary-General to push for more and faster cuts to global greenhouse gas emissions.

Five years ago, a joint climate policy announcement from the US and China paved the way for the Paris climate accord to come to fruition after decades of failed attempts at an international climate pact.

Then in June 2017, President Donald Trump announced that he would withdraw the US from the very same agreement his country had helped broker just a few years before. Under the rules of the accord, countries can announce the intention to leave, but must wait two years before being allowed to do so.

Two years later, what impact has this policy whiplash had on the climate?

Inside the US, that answer is relatively simple to quantify.

Across the country, some 4,000 state and local governments, institutions and businesses have declared that, though the federal government intends to withdraw from the Paris climate agreement, they’re still on board with cutting emissions.

One of those local governments is in Arlington, Massachusetts, where the town hall was illuminated green after Trump’s 2017 Paris withdrawal announcement.

“We’ve come to the realization that if the federal government’s not going to do it, it’s going to fall to the local level,” said Adam Chapdelaine, Arlington’s town manager. “Somebody has to step up and be a leader.”

Even before the Paris Agreement, the town has long worked to reduce its greenhouse gas emissions, from switching its street lights to LED bulbs to buying electric vehicles for its official fleet. Residents can opt-in to 100% renewable energy in their homes and the town is advocating for all-electric heating and cooling systems.

Since the US federal government reversed its climate change policies, Arlington has gotten perhaps more ambitious: The town’s new high school is being designed to run on geothermal and solar energy and the whole town aims to go carbon-neutral by 2050.

These state and local actions are being highlighted as “answering the global call to combat the climate crisis” by a coalition of sub-national actors formed by New York Mayor Michael Bloomberg and former California Gov. Jerry Brown.

But these actions have only partly counteracted sweeping federal changes under the Trump administration.

Trump has slashed regulations on emissions from power plants, air conditioners and refrigerators, and oil and gas drilling nationwide.

He moved to revoke California’s ability to set its own strict vehicle emission rules on Wednesday, highlighting the limits of state-based action on climate change.

So how does the emissions balance sheet tally up today, two years after the US backed away from the Paris agreement?

Kate Larsen, a director at the independent research firm the Rhodium Group, said US carbon emissions are a few percentage points higher than they would have been if former President Barack Obama-era policies were in place.

“Under the current set of Trump administration policies, the US is on track to achieve only about 14 to 17% emission reductions below 2005 levels in 2025,” Larsen said.

That’s about half of the 26 to 28% emission reductions that the US promised in the climate accord.

“[It's] a long way from the commitment that Obama reached in Paris,” Larsen said.

Scientists say that to limit warming to 1.5 degrees Celsius and avoid the worst impacts of climate change, global emissions must be cut nearly in half by 2030.

Inside the US, local action is partly, but not wholly, counteracting federal policies.

The bigger question is how much global ambition to tackle the climate crisis will flag if the world’s largest historic emitter is no longer leading the push.

Will countries, seeing the US doing less on climate change, do the same themselves?

Under Obama, the US put its full diplomatic muscle into getting countries signed on to the Paris Agreement.

“If you were a head of state from India, from China, or from anywhere and you were going to meet with the United States, you knew that you'd have to be prepared to speak about climate change and the Paris Agreement,” said Elan Strait, a former climate negotiator on the Paris Agreement who now works at the World Wildlife Foundation.

By 2020, countries are requested to announce new carbon cuts as part of the Paris process. Those cuts have to be more ambitious if countries hope to meet the Paris Agreement goal of keeping warming “well below” 2 degrees Celsius and pursue efforts to limit warming to the scientist-recommended 1.5 degree Celsius.

“I completely believe that the missing ingredient this time around is the United States leadership driving climate as a head-of-state agenda,” Strait said.

Only when those 2020 climate pledges start rolling in will the international community start to see the full impact of the US climate policy reversal.