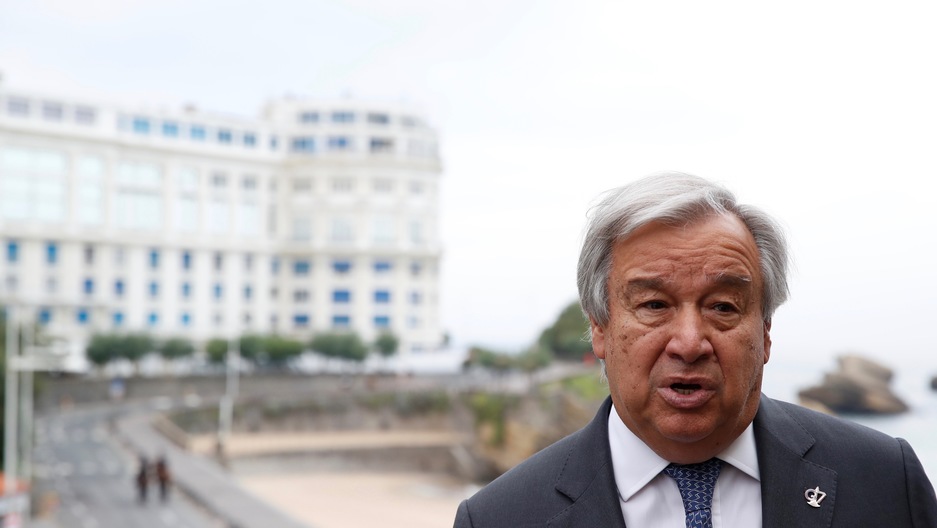 If we want to avoid the worst impacts of global warming, scientists say we have to cut global carbon emissions nearly in half by 2030.

That was the major finding of a headline-grabbing, UN Intergovernmental Panel on Climate Change report released last October.

Half as many people would face climate change-related water shortages. Hundreds of millions fewer people would face extreme heat waves. Staple crops like maize, rice and wheat would grow better. The world’s coral reefs would have a fighting chance of (partial) survival.

The report found that limiting warming to 1.5 degrees Celsius (or 2.7 degrees Fahrenheit) this century is still technically possible. But to keep that possibility alive, the world would have to cut its global greenhouse gas emissions by a whopping 45% from 2010 levels by 2030.

“We could try to decrease [emissions] even faster over subsequent years, but if we don’t get to that first critical reduction by 2030, it becomes very difficult to see a way that we can limit warming below that dangerous 1.5 degrees Celsius.”

“We could try to decrease [emissions] even faster over subsequent years, but if we don’t get to that first critical reduction by 2030, it becomes very difficult to see a way that we can limit warming below that dangerous 1.5 degrees Celsius.”

After the IPCC report was published, activists and politicians landed on 2030 as a hard deadline in the fight against climate change.

“We have no more than 12 years to take incredibly bold action on this crisis,” 2020 presidential hopeful Beto O’Rourke said during a campaign stop in Iowa.

Swedish climate crusader, 16-year-old Greta Thunberg told an audience in Davos, Switzerland, that “we are less than 12 years away from not being able to undo our mistakes.”

That timeframe has turned into 11 years since the UN climate report was published last October.

But if 2030 is the deadline that nature has set, policymakers have set another — and it’s even sooner: 2020.

That’s when countries agreed to come back to the negotiating table as part of the Paris climate agreement with new carbon-cutting targets.

“2020 is the first time since the Paris Agreement that countries will come together to assess how much they've been able to do and how much more they can do.”

“2020 is the first time since the Paris Agreement that countries will come together to assess how much they've been able to do and how much more they can do,” said Christiana Figueres, a former UN official who presided over the Paris climate negotiations. She now leads a group called Mission 2020 that works toward bending the global carbon emissions curve downward by that year.

At the Paris climate summit in 2015, countries made promises about how much carbon they would cut in subsequent years. But those pledges don’t get the world anywhere close to that 1.5 degree Celsius goal. In fact, they would still lead to global warming of roughly 3 degrees Celsius by the century’s end.

But under the Paris process, which calls for five-year cycles of global stocktakes in the hopes of “ratcheting up” ambition, countries are being asked to submit their next round of pledges by a UN meeting in December of 2020, just 15 months away.

Most countries currently have targets for 2030, and are being asked to submit new, more ambitious goals for that year. But they’re also allowed to simply stick with their old targets.

That’s gotten everyone from Prince Charles to the Secretary-General of the United Nations António Guterres to name 2020 as a make-or-break year for climate policy.

“If we do not change course by 2020,” Guterres said last year, “we risk missing the point where we can avoid runaway climate change with disastrous consequences for people and all the natural systems that sustain us.”

Guterres is hosting a special climate summit next week in New York in an attempt to raise global ambition ahead of that key 2020 meeting.

Of course, in the US, there’s another reason why 2020 is such a significant year for climate policy: the presidential election.

Related: The Mississippi: Pushed to the brink

Because the US is the world’s second-largest emitter, national politics is international news among climate policy watchers.

“We are definitely looking at the election very closely,” said Niklas Höhne, a professor at Wageningen University and Research in The Netherlands and co-founder of the NewClimate Institute.

President Donald Trump announced two years ago he plans to withdraw the US from the Paris Agreement. The accord’s rules dictate that he can officially do that the day after the 2020 election. But a different administration could move the US back into the deal and take a leadership role in future climate talks.

“And that’s why I think all the international observers are looking very intensively into the US elections because that will determine, to a large part, what will happen in the US, and therefore also determine the appetite of other countries to do more or less,” Höhne said.

If the wealthy and powerful United States won’t cut its emissions by that important 2030 deadline, other countries will have an easier excuse for why they shouldn’t have to, either.