Comedian Boris Arkadiev looks into the crowd of adoring fans with deadpan eyes in the opening scene of “The Humorist.” He's firing off what, for him, has become a tired joke — “the one about the monkey” — but is greeted by raucous laughter. The set is one acceptable to Soviet authorities, but Arkadiev isn't smiling. For a creative genius at the mercy of the KGB, his celebrity is a testament to his own self-loathing.

“The fact that, in a country where you pretty much couldn't joke about anything, some of the biggest celebrities were professional jokers,” Idov said. “I just kept thinking about what a strange life these people must have led.”

“The fact that, in a country where you pretty much couldn't joke about anything, some of the biggest celebrities were professional jokers,” Idov said. “I just kept thinking about what a strange life these people must have led.”

This became the inspiration for Idov's “The Humorist,” film, which teases out this contradiction of comedy in the 1980s, the waning years of the Soviet period.

An American tells a Russian that the United States is so free, he can stand in front of the White House and yell, “To hell with Ronald Reagan.”

The Russian replies: “That’s nothing. I can stand in front of the Kremlin and yell, ‘To hell with Ronald Reagan,’ too.”

Quippy anekdoty, like the joke above, were a mainstay of life during the Soviet period, changing as frequently as Communist Party leadership. The tradition of multilayered, oral jokes served as an outlet for everyday citizens to comment on the absurdity of the Soviet system they were part of — and yes, even US President Ronald Reagan was a fan.

Boris Arkadiev socializes with friends and colleagues at a dacha after a performance in Jurmala.

But humor was really no joke in the Soviet Union.

“During the Stalin period, thousands of people were arrested and prosecuted for telling or spreading political jokes,” Seth Graham, Soviet humor expert at the University College London, said in an email. “After Stalin died in 1953, this became much rarer, but even as late as 1983 there is a documented case of a woman being sentenced to prison for telling anti-Soviet jokes.”

For comedians onstage — like Arkadiev's character — the stakes were even higher. Routines and scripts of satirical monologues had to pass through censors and layers of approval — an unsanctioned slip of the tongue could easily land a comic in jail.

“The state (especially after 1953) was also not particularly consistent or predictable as to what topics were taboo. The comedians … would get in trouble ... one day, and be lauded by the very top the next.”

“The state (especially after 1953) was also not particularly consistent or predictable as to what topics were taboo,” Graham said. “The comedians … would get in trouble ... one day, and be lauded by the very top the next.”

Idov's film looks at this very ephemeral nature of comedy as a profession in the USSR. It's based on a real story told to Idov about a Soviet-era comedian dragged out of his bed in the middle of the night to perform for Soviet authorities. When he was casting the film, Idov spoke to contemporary Russian comedians who said that this sort of thing still happens.

“These days, when people come for them, it doesn't feel like it could turn into an arrest at any moment,” Idov said. “But still, this whole notion that if you are a successful comedian in Russia, you are also a bit of a court jester, and you have a duty to the motherland to entertain certain people.”

That is the case for Boris Arkadiev, whose personal life can be disrupted at the whim of any official.

A failed writer who, much to his own disappointment, becomes a popular standup comedian, Arkadiev struggles with becoming a “resident fool” for the KGB and Soviet authorities who have helped him become a comedic success.

It is part of the double-edged nature of Soviet comedy, Idov said, and speaks to the absurdity of Soviet ruling elite, who believed themselves more attuned than the masses. In contrast, the popular anekdoty of everyday people was often “humor about how dumb the people who rule us are,” he added.

Comedic celebrity in a constrained system 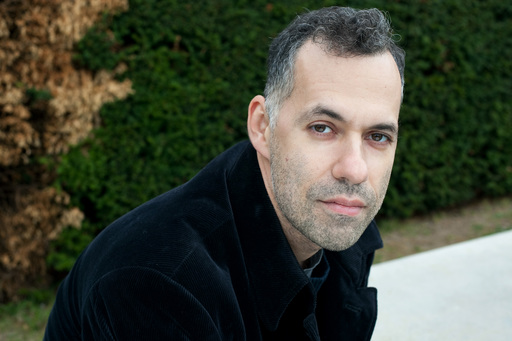 Michael Idov, writer and director of "The Humorist."

Idov grew up in Soviet-occupied Latvia in the 1980s, where he remembers comedians as the most lauded celebrities of the time and place.

Boris Arkadiev's character is an amalgam of several of these celebrated comics, including Mikhail Zhvanetsky and Gennady Khazanov, who often walked the tightrope of officially sanctioned comedy.

Some comedians, like Zhvanetsky, gained popularity as their performances in theaters and workers' clubs were recorded and disseminated among friends, “an audio counterpart to the underground literature known as samizdat,” Graham said.

Zhvanetsky is known for a private radio performance transmitted to Soviet cosmonauts in space, said Graham — an episode echoed in the film, as well. He is also the author behind Communist Party leader Leonid Brezhnev's one-liner: “Vodka in small doses is harmless in any quantity.”

Standup in the Soviet period, Idov said, was also a creative arena that was more open to Jewish artists, like Zhvanetsky and Khazanov. Boris Arkadiev — whose name is the Russianized version of a Jewish name, Boris Moseyevich Aaronson — is a commentary on these ethnic politics.

“It's not that dissimilar from Hollywood, where, as recently as in the '70s and '80s, some of the more Jewish last names also had to change to something more palatable to the general audience.”

“It's not that dissimilar from Hollywood,” Idov noted, “where, as recently as in the '70s and '80s, some of the more Jewish last names also had to change to something more palatable to the general audience.”

Related: A reporter remembers Odessa as a place of Jewish humor

Zhvanetsy and Khazanov attended “The Humorist” premiere earlier this year, which was still extremely popular in Russia; Khazanov even helped to promote the film.

“He felt that it depicted sort of the spirit of the era and the events and his profession well enough that he wouldn't mind endorsing it publicly,” Idov said. “I feel very very lucky that that happened.”

Khazanov also has a personal connection to “The Humorist,” beyond providing inspiration for the main character. His daughter, Alisa Khazanova, plays Elvira, Arkadiev's wife, a lawyer.

Khazanova said her experience growing up as the daughter of a celebrated comedian helped her embody the character of Elvira.

When Khazanova was around 8 or 10, her father was called in by the KGB.

“They were unhappy with him performing one of his monologues and then he was denied any work for one year,” she said. “I remember the way my mother looked at my father when this happened.”

Khazanova said she channeled this experience into her acting.

“At some point during the shooting ... for some technical issue, I had to look on the monitor just to see where we were all going,” Khazanova said. “And then I realized, 'Oh my God, that's my mother's eyes I see.' And this is when I realized that this whole experience was actually quite helpful to express the character."

Alisa Khazanova plays Elvira, Boris Arkadiev's wife. The daughter of a famous Soviet comedian, Khazanova said she channeled her experiences growing up into her acting.

Soviet comedians like Khazanov were like rock stars, she said, performing as solo artists for thousands in crowded stadiums.

Similar limitations on artists are still evident in today's Russia.

“It's not stated anywhere officially,” Khazanova said. “But everyone knows that there are some things you can joke about and then others, you can't.”

From samizdat to memes

Idov also says that “The Humorist” offers a contemporary commentary on censorship under President Vladimir Putin, much of which happens on YouTube, “the refuge of censored humor.”

“All the political, anti-Putin stuff basically exists online as memes and the kind of jokes that, again, would never make it into a professional comedian's routine for roughly the same reasons, really,” Idov said.

Still, the “The Humorist” has been released in Russia — to acclaim — without any impediment.

“Despite its very pro-liberty and anti-Soviet nature, somehow I ended up not running into any trouble at all. There is absolutely political censorship in Russia these days.”

“Despite its very pro-liberty and anti-Soviet nature, somehow I ended up not running into any trouble at all,” Idov said, but that does not mean Russia is free of politically motivated restrictions on speech. “There is absolutely political censorship in Russia these days.”

In fact, the film's closing credits, are set to a song by popular Russian rapper, Face, who has been the target of significant censorship and political pressure.

“Having him come in at the end of the movie and do this closing song, for me, was the most direct link I could possibly provide between 1984 and today,” Idov said.

Russia has seen an uptick in pro-democracy and anti-Putin protests in recent months. In one such street demonstration, Idov said, protesters chanted the lyrics to Face's song, which draws heavily on the movie.

“He equates himself with the main character of the film, and he complains about lack of artistic freedom,” Idov said. “And the chorus ends with the words like, 'I've fallen into the czar's disfavor, although I'm completely innocent. As sky is for airplanes, so is censorship for an artist.' So, yeah, it's a pretty direct statement.

The film, a partnership between production companies in Russia, the Czech Republic and Latvia,  has been picked up in most of Europe and will also be shown in Australia. It's gaining recognition on the festival circuit.

As for the US? The film needs a distributor to be shown widely. Censorship isn't a problem, but Idov is still waiting for Boris Arkadiev to gain celebrity in America.

Carol Hills contributed to this report.