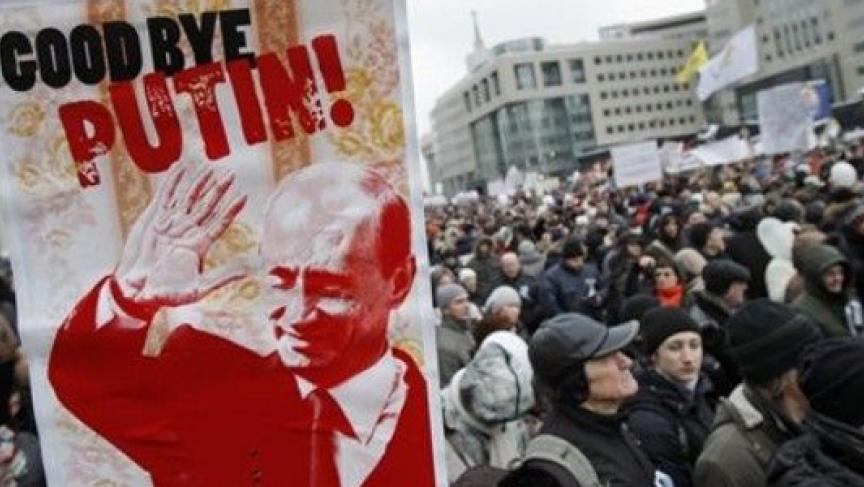 'Goodbye Putin!'  reference to the German film Goodbye Lenin!, uses a well recognized poster for that film as a visual point of reference.