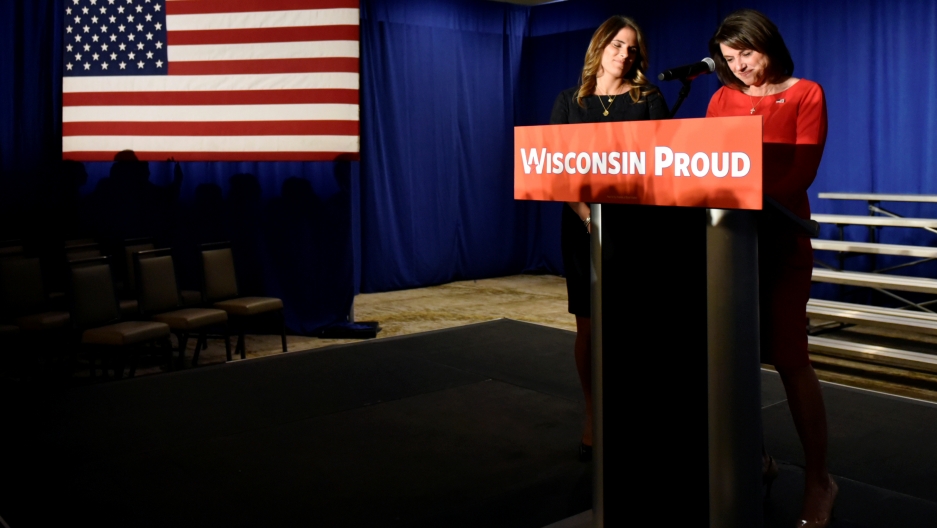 Republican candidate for US Senate Leah Vukmir, at right, gives a concession speech at a midterm election night party in Pewaukee, Wisconsin on Nov. 6, 2018. She lost to US Senator Tammy Baldwin. The state had historic voter turnout, which resulted in an end to eight years of Republican dominance there. Democrat Tony Evers defeated the incumbent Governor Scott Walker, as well.

As Isabel Cortes and her sister, Mayte, watched Tuesday night’s election results roll in on TV from their home in Hayward, California, they felt more relieved than they have in two years.

Eight of the 10 children in their family have been beneficiaries of Deferred Action for Childhood Arrivals, or DACA, the Obama-era program that gives temporary relief from deportation to undocumented immigrants who were brought to the US as minors. It’s a program the Trump administration is racing to end.

This election brought up questions of identity and belonging in the nation they consider home. For their family and immigrants across the US, the mixed outcome of Tuesday’s election offers a glimmer of hope, particularly after an ugly campaign where immigrants were demonized by the president and many of the candidates he backed.

At the federal level, the split in Congress means the new, Democratic majority in the House of Representatives will be a check on Trump’s most restrictive immigration policies. For those who want to limit immigration further, high-profile Republican wins — and the party’s hold on the Senate—are a mandate for their policies. Advocates see potential to reign in Trump’s immigration policies, though, especially because of wins in state and local races.

“I also think it sends a message that we’re not okay with this rhetoric of xenophobia and misogyny and racism, and that people turned out to vote,” Cortes says. Though she now has a green card — legal permanent residency — through marriage, she worries about the fate of her siblings with DACA and her undocumented parents, who live in a more conservative part of California.

“The work did not end on Election Day. That’s when it begins,” says Cristina Jiménez, executive director of United We Dream, a nationwide, youth-led immigrant activist group. “Now we know who to pressure to uphold the values they said they espouse and to actually deliver the promises they’ve promised to our communities.”

At the federal level, advocates say the most immigrants can hope for from Congress is gridlock.

Democrats took control of the House, winning more than 23 seats, but Republicans maintained firm control of the Senate. The House may introduce legislation on immigration reform or try to save programs like DACA and Temporary Protected Status, created by Congress in 1990, with the goal of providing safe haven for immigrants when war, a natural disaster or an epidemic make going back home too dangerous. Such legislation is unlikely to get past the Senate over the next two years, and Trump would have veto power if it did. 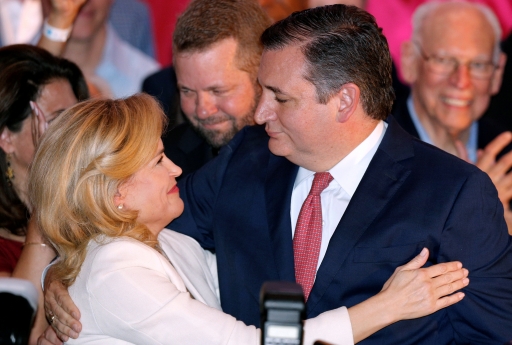 But a split Congress will also act as a check on Trump’s executive power.

“His wish list of restrictionist legislation will clearly now not go anywhere,” says Anil Kalhan, an immigration law professor at Drexel University in Philadelphia. “Because even though Republicans have gained in the Senate, it’s not enough to really move legislation without getting through the House. That’s a pretty consequential result.”

Where Congress can really shape immigration policy — and reign in Trump’s efforts to curb both irregular and legal immigration — is through oversight and the budget process.

Democrats are “in a position to conduct oversight hearings, on things like family separation, for example, and hold federal agencies accountable for their practices: How are dollars being spent? How are people being treated in detention?” says Ali Noorani, executive director of the National Immigration Forum, an immigration advocacy group. 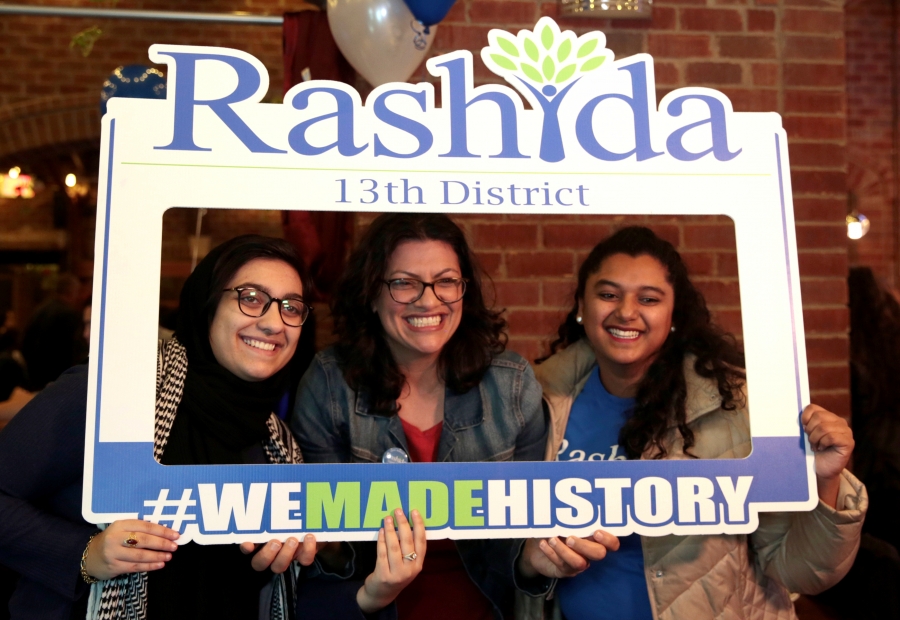 Democratic US congressional candidate Rashida Tlaib, in the center, celebrates at her midterm election night party in Detroit, Michigan, on Nov. 6, 2018. Tlaib will be the first Palestinian American in Congress, representing Michigan’s 13th District. She was born in Detroit to immigrant parents.

Democrats will take over several influential House panels, with the power to investigate and subpoena witnesses on two years’ worth of controversial immigration actions. They will be in charge of the Appropriations Committee, which decides what gets funded. There they could stymie Trump’s border wall or question the transfer of $200 million from various parts of the Department of Homeland Security to Immigration and Customs Enforcement. The Judiciary Committee, which handles immigration policy, could investigate the administration’s “zero-tolerance” policy that separated families at the border or efforts to curb refugee admissions. And Democrats’ control of the Homeland Security Committee, which oversees border security, would give them more say in Trump’s current troop deployment to the southern border, among other things.

Two notable additions to the House of Representatives were Democrats Ilhan Omar, a Somali American from Minnesota who came to the US as a refugee and Rashida Tlaib, a Palestinian American who made Trump’s travel ban a key part of her campaign in Michigan.

Voters appeared to reject the Trump brand of anti-immigrant rhetoric espoused by Lou Barletta and Corey Stewart, who lost their bids for the Senate in Pennsylvania and Virginia. Nevada’s incumbent Republican Sen. Dean Heller, whom Trump backed, also lost his seat to a Democrat.

At the state and local level, initiatives which protect immigrants fared well in races around the country.

“What we are seeing is mixed outcomes overall, but what’s really clear is the number of people engaging and voting this time,” Jiménez says. “We’ve seen historical numbers to push back on this administration.”

In Florida, Jiménez and other immigration activists spent the days leading up to the vote knocking on doors to get out the vote for Andrew Gillum, a progressive candidate for governor who conceded to Trump-backed Ron DeSantis. They also pushed voters to support Florida’s Amendment 4, which restores voting rights for some 1.5 million citizens, many of whom are foreign-born, who were convicted of felonies.

“It’s a huge victory,” she says. “Over a million black and brown people have been restored their right to vote. It could be a huge game-changer.”

Among state candidates, Safiya Wazir — a 27-year-old who came to the US as a refugee from Afghanistan — won a seat in the New Hampshire House of Representatives. Her presence marks a big change for the legislature, which was before the midterms largely white, male and had an average age in the 60s.

In Oregon, voters rejected an effort to repeal the nation’s first state “sanctuary” law, a 31-year-old rule that keeps law enforcement from seeking out or detaining people solely because they are undocumented.

At the local level, first-time candidate Dave Hutchinson won his race for Hennepin County sheriff in Minnesota over Rich Stanek, who has been sheriff for over a decade. Stanek has drawn large protests over his cooperation with ICE, though he has said that he followed state laws and does not hand inmates over to immigration agents.

And in North Carolina, voters in Wake County chose a new sheriff who promised to withdraw from formal agreements between ICE and local law enforcement agencies. The program was on the ballot in at least five counties nationwide, according to CityLab.

Meanwhile, Kris Kobach, one of Trump’s closest allies who ran on an anti-immigration platform, lost his campaign for Kansas governor to Democrat Laura Kelly. Kobach has advised Trump on immigration and supports restrictive policies, including a post-9/11 program that registered particular groups of people from majority-Muslim countries.

The midterms prompted Trump to shake up his cabinet, starting Wednesday with the resignation of Attorney General Jeff Sessions. Sessions will be temporarily replaced by the Justice Department’s Chief of Staff, Matthew Whitaker; a new attorney general will need to be confirmed by the Senate. The position holds considerable power over immigration issues, including oversight of the backlogged immigration court system. The attorney general appoints immigration judges and can, though rarely does, unilaterally overturn their decisions. 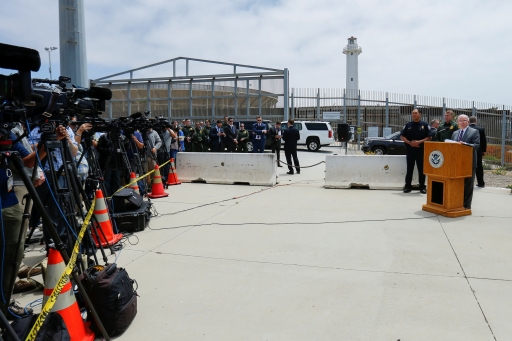 US Attorney General Jeff Sessions holds a news conference next to the US-Mexico border wall near San Diego, California, on May 7, 2018. He said that he is instructing immigration authorities to refer anyone who crosses the border between checkpoints to the Justice Department for prosecution.

Sessions took that rare step to review individual immigration cases, setting new precedence for immigration judges about how people who claim asylum on the basis of domestic violence are treated. Immigration judges protested his decision in that case. The Transactional Records Access Clearinghouse at Syracuse University found that, under Sessions, the backlog has grown to more than one million pending cases. Much of that increase comes from a decision Sessions made to reopen more than 300,000 cases that immigration judges had previously closed.

Sessions also has actively challenged court rulings that put in place protections for migrant children who arrive in the US alone. He also announced the “zero-tolerance” policy this summer, which caused the separation of children from their parents at the border and became a rallying cry against Republican candidates in this election.

How Whitaker and his successor choose to interact with immigration courts and who they decide to prosecute will have far-reaching effects on immigrants in the US.

Next: Immigrants have a long history of taking their issues to the people — as political candidates