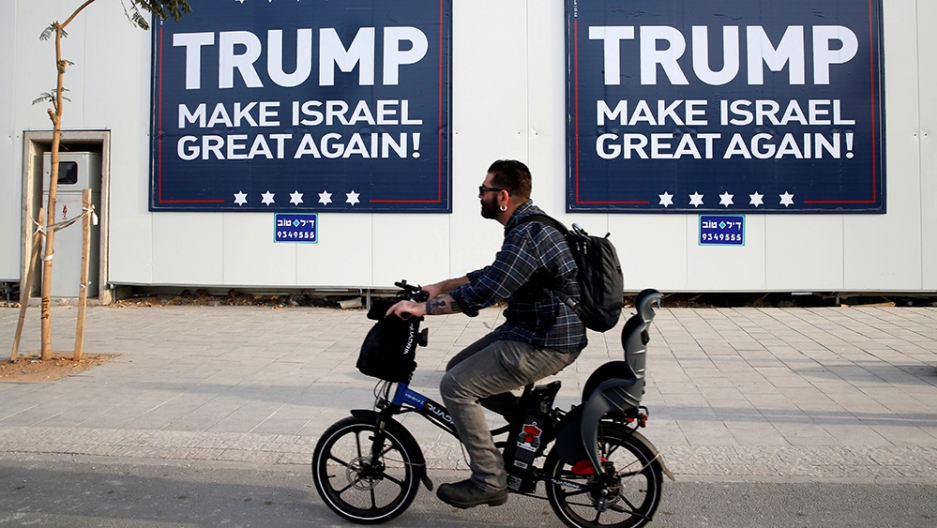 US President Donald Trump visits Jerusalem Monday to seek ways to achieve Israeli-Palestinian peace, a goal that has eluded his predecessors but that he says could be easier than "people have thought."

Trump's visit is part of his first trip abroad as president and follows an initial stop in Saudi Arabia, where he urged Islamic leaders to take a stand against violence committed in the name of religion.

Trump is due in Tel Aviv on Monday afternoon and, ahead of talks with Israeli Prime Minister Benjamin Netanyahu, will tour two iconic sites in Jerusalem, a city holy to Muslims, Christians and Jews.

His first stop will be the Church of the Holy Sepulchre, built at the site where Christians believe Jesus was crucified, buried and resurrected.

Afterwards, he is expected to become the first sitting US president to visit the Western Wall in east Jerusalem, the holiest site in Judaism.

Trump's Israeli visit comes on the heels of reports that he revealed classified intelligence provided by Israel to Russian officials in a meeting at the White House.

Disclosing such highly sensitive information to Russia could put Israeli spies at risk and discourage other US allies from sharing intelligence with the US in the future.

The US is Israel's most important ally, but how many of us can accurately locate it out on a map? Take our map quiz to find out.

AFP contributed to this report.

Related: Trump is visiting Saudi Arabia. Can you find it on a map?

Related: Can you find North Korea on a map?