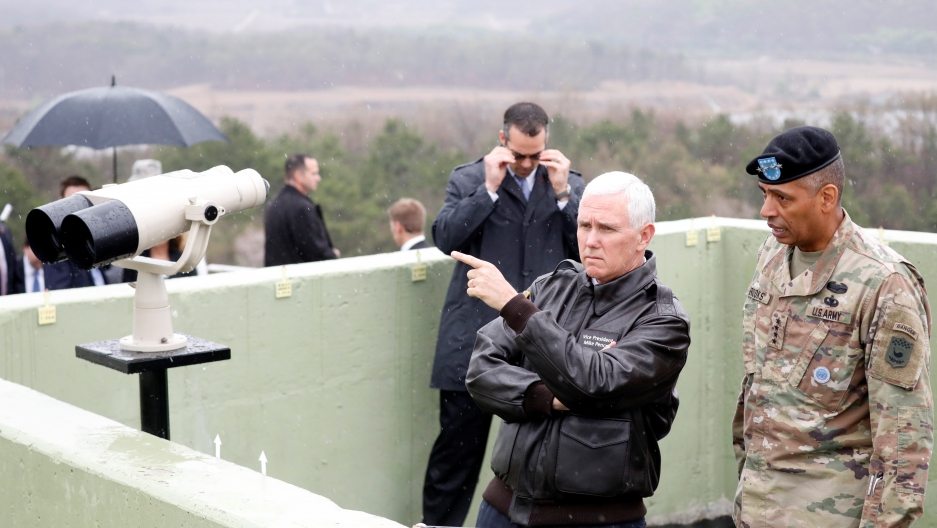 Vice President Mike Pence looks toward the north from an observation post inside the demilitarized zone separating the two Koreas, in Paju, South Korea, April 17, 2017.

North Korea has been in the news a lot. On Sunday, the reclusive nation launched an intermediate-range ballistic missile. And, cybersecurity experts suspect North Korea may be linked to the mysterious WannaCry ransomware virus.

The tiny, secretive nation has long threatened to unleash waves of terror in the form of nuclear weapons and viruses to "bring the West to its knees." With its prominence in the headlines and those kinds of threats, you might think we would all know where North Korea is.

And you'd be wrong.

According to a story from The New York Times, only 36 percent of respondents to a poll it conducted knew North Korea's location. Interestingly, people in that 36 percent were much more likely to favor a diplomatic approach to ending the current US-North Korea confrontation than those who didn't know where North Korea is.

Can you do better than those New York Times readers? Take our quiz, and tell us in the comments what you think about US policy towards North Korea. Do you favor putting more pressure on China to influence North Korean policies? Do you think stronger sanctions will tone down some of the threats North Korea has made? Or, do you support sending in ground troops and a more militaristic approach?