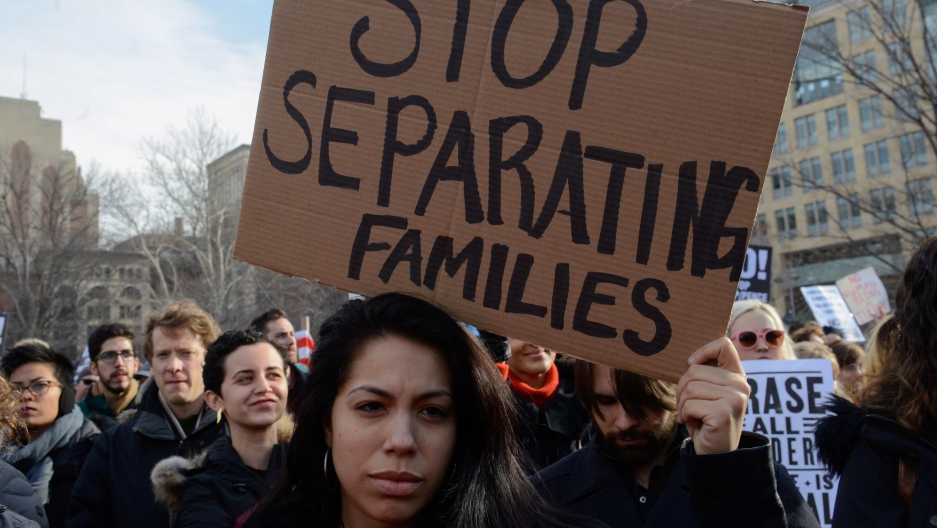 People participate in a protest against President Donald Trump's immigration policy and the recent Immigration and Customs Enforcement (ICE) raids in New York City, on Feb. 11, 2017.

#46. @realDonaldTrump: How will your administration deal with US-citizen children whose parents are deported? #100Days100Qs

According to the 2016 Current Population Survey from the US Census Bureau, immigrants and their US-born children make up 27 percent of the overall US population.

The Migration Policy Institute estimates that there were 5.1 million children under age 18 living with at least one undocumented immigrant parent between 2009 and 2013.

“The vast majority of these children — 79 percent or 4.1 million — were US citizens,” MPI reports.

This chart displays both the number of immigrants residing in the United States and their share of the total US population over time.

In late February, the Department of Homeland Security released new deportation rules, and Immigration and Customs Enforcement has just begun to carry out raids to round up, arrest and deport hundreds of undocumented people. The Trump administration has reportedly already separated children who are US citizens from their undocumented parents.

So, as part of our 100 Questions in 100 Days series, we’re wondering: Mr. President, how will your administration deal with children who are US citizens but whose parents are deported?