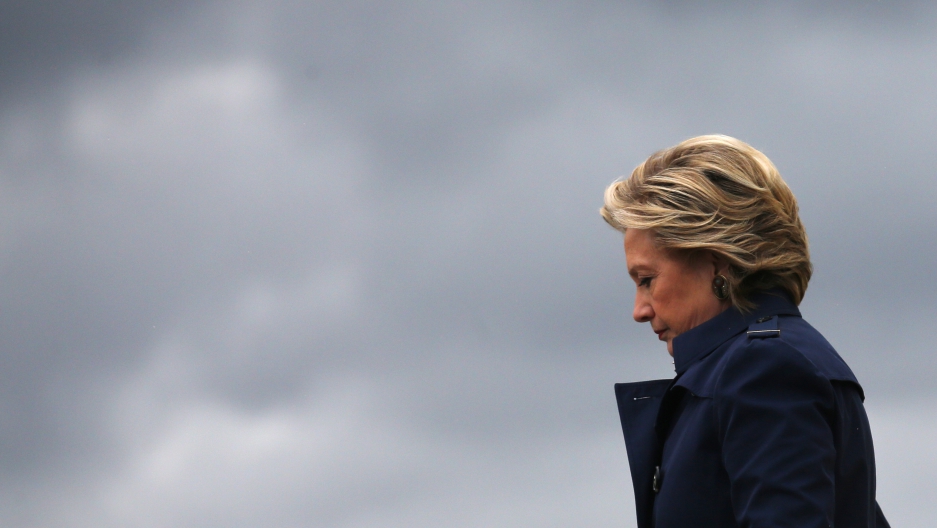 Hillary Clinton delivered a speech at about 11:30 a.m. EST Wednesday morning conceding the US presidential election to Donald Trump.

Watch it here. Clinton takes the stage at minute 43:

Meanwhile, major global media outlets have been shocked by Trump's astonishing victory, describing the US president-elect as "dangerous" and unpredictable.

Here is a round-up of some of the media reaction, via AFP:

-- "The US has elected its most dangerous leader. We have plenty to fear. The people of America have stepped into the abyss. The new president-elect is an unstable bigot, sexual predator and compulsive liar. He is capable of anything." (The Guardian, Britain).

Related: Why authoritarian leaders worldwide may be thrilled with Trump’s win

-- "That wasn't a campaign. That was a national crisis. And at the end was the worst possible catastrophe: Donald Trump is president of the United States. The unimaginable has become reality." (Sueddeutsche Zeitung, Germany).

-- "The news coming from the north is bad for Mexico and bad for the world."

-- "Trumpocalypse... Shock. A thunder bolt. And dizziness at the thought that Donald Trump will be unpacking his bags in the White House in scarcely two and a half months. The world's leading power is from now on in the hands of the far-right. Fifty percent of Americans voted in all conscience for a racist, lying, sexist, vulgar, hateful candidate." (Liberation, France).

-- "Revenge of the deplorables. The most extraordinary presidential campaign in modern history ends in humiliation for Hillary, the pollsters and the elites of business and show business as the voters America forgot sweep Donald to victory." (Daily Mail, Britain).

Related: I was distracted from the struggles of many Americans hurt by free trade policies. This election opened my eyes.

-- "Trump's victory confirms the vitality of American democracy, which has the ability to transform itself continuously, but the victory also produces both inside and outside the United States a deluge of uncertainty due to the winner's unpredictability. Trump has to explain what he wants to do. In the meantime, the rest of the world has to digest what has happened tonight: the people of the revolution are knocking at our doors." (La Stampa, Italy).

-- "President Donald Trump will declare economic war on our biggest customer (China), wipe unprecedented amounts off global stock markets, usher in extraordinary financial instability, and risk turning the world's biggest economy into a basket case by pushing its national debt past 100 per cent of GDP." (The Age, Australia).

-- "Seen from Paris, Trump's victory, coming after Brexit, is an additional warning. In the world that has opened up with this election, anything is possible -- even that which we have difficulty facing up to -- an extremist party taking power. (Le Monde, France).

--Left-leaning TAZ in Germany calls Trump's win: "A victory of the horror-clowns", adding: "Donald Trump said in his victory speech -- as all victory speeches on election nights -– that the country must now unite. From his mouth, it's a call for the underlings to submit to him unconditionally. The horror clown has now obtained the chance to actually get serious about this."

-- "Coarse populism has triumphed over good sense ... America's democracy stands before a major test: it is to be feared that Trump will do everything to outwit his political opponents. He threatened critical journalists during the election campaign. His supporters have shouted 'lock her up' -– in reference to his opponent Hillary Clinton ...  Of course there is hope that the political system is strong enough to limit a president's fantasies of omnipotence. But there is no guarantee." (Spiegel online, Germany).

Agence France-Presse contirbuted to this report.

Furious political rhetoric is as American as Thomas Jefferson

Trump says US jobs get 'stolen' by China. Well, here are the countries 'stealing' Chinese jobs.