On a recent weekday afternoon, Alberto Hernández tended to his vegetable garden near the popular Monteverde Cloud Forest Reserve, high in the mountains of Costa Rica. Normally, Hernández, a guide, would not be home. He would be guiding tourists along forest trails, pointing out diverse wildlife — the quetzals, leaf-cutter ants and red-eyed tree frogs. 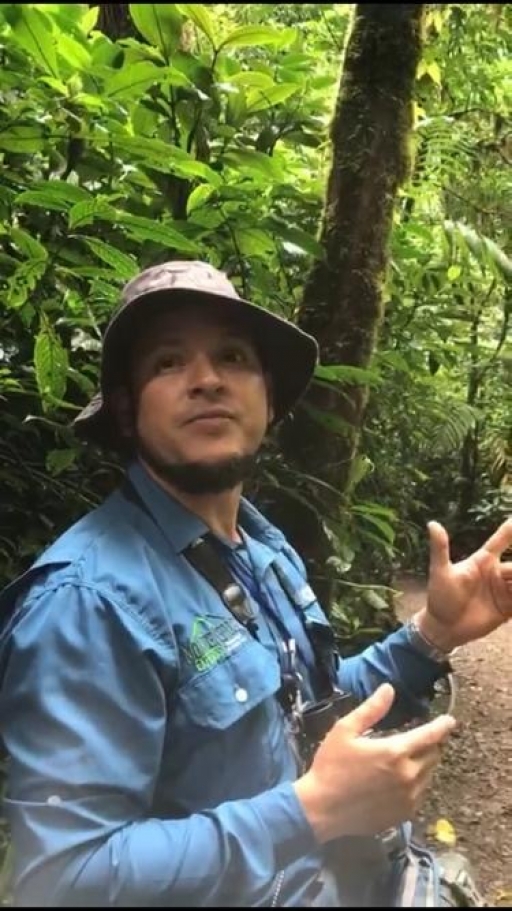 COVID-19 stopped that. But now, the country’s parks, beaches and hotels are slowly opening up. One by one, tourists are seeking out Hernández’s expertise again.

“We just feel happy and positive to go back to nature,” he said. “Nature is our life. It’s what we do here.”

But tourism is trickling back at a slow pace, and, like many countries worldwide, is limited to locals. Costa Rica has banned the entry of foreign tourists until at least June 15. Even after that date, foreign visitors, who totaled more than 3 million in 2019, are not expected to return in big numbers for many more months.

Hoping to replace billions in lost revenue, Costa Rica is embarking on a marketing blitz geared toward locals.

The message: “There’s a unique chance for Costa Ricans to have the country all to themselves,” said Ireth Rodríguez, head of promotion for the Costa Rica Tourism Board, a government agency responsible for the country's tourism policy. “Normally, we need to share the country with international visitors, right? Now, there’s more space everywhere. Obviously, we need to respect all of the safety precautions. But it’s an opportunity, too.”

The upcoming $2 million government-funded marketing pitch involves sponsoring discounts and contests to win vacation packages. There is a proposal in Congress to shift holidays that fall mid-week to Fridays throughout 2021 to create more long weekends and more getaway opportunities.

Struggling hotel owners are thrilled. Wilberth Parajeles Villegas runs the Monteverde Cloud Forest Lodge near a popular biological preserve. He is only allowed to book 50% of his rooms, for now, to prevent crowding — he wishes he could reach that capacity.

“Everything is quiet,” he said recently. He has booked just a few rooms in all, despite cutting his rates by 30% to try and close the gap between what many foreigners can pay in euros and dollars and what many Costa Ricans can afford in a country where the average monthly household income is about $1,300. 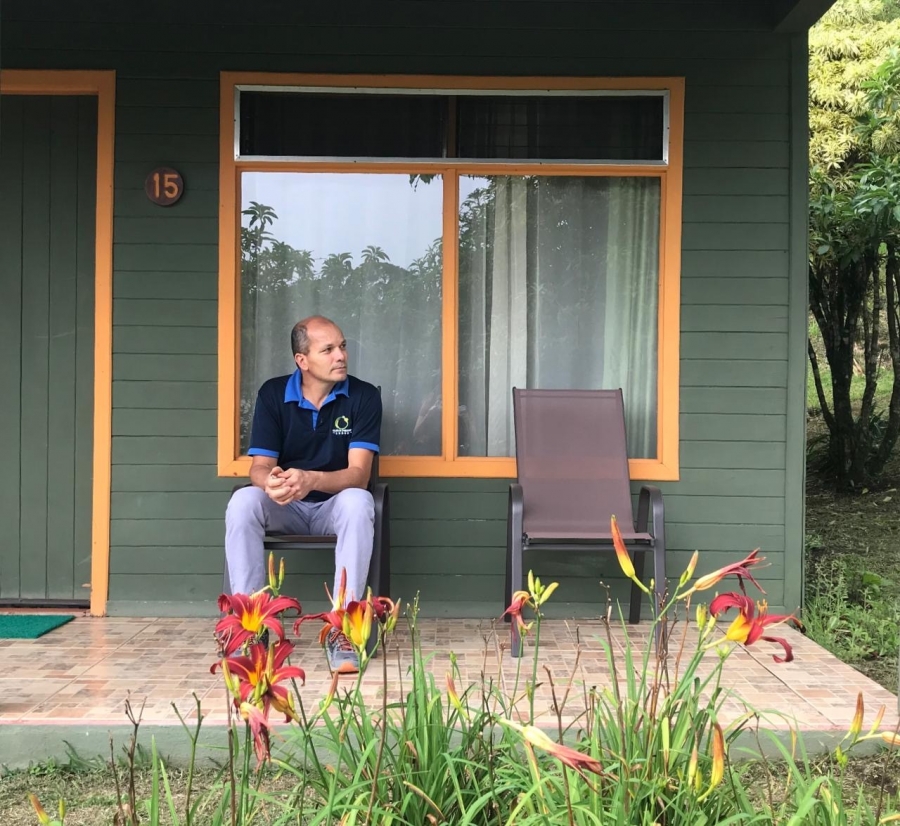 Local tourists, instead of international visitors, are driving the slow comeback at hotels and restaurants near Monteverde, Costa Rica, home to a popular cloud forest reserve.

Still, he’s thrilled the phone is ringing again. “Now when they make a reservation, when they call, I have really, really big emotions,” he said.

Aside from predictable new protocols — his staff wear face visors and greet visitors behind plexiglass — Parajeles keeps the lights off in unoccupied common areas to keep the electricity bill down and asks guests what they will want to eat upon making the reservation. “We can’t stock the food for a full menu if only a few people are ordering,” he said. “So we settled on a menu with guests beforehand.”

James Taylor, a Costa Rican taking a mini-vacation with his family, did not mind that the lights were off in the restaurant while he sat with his wife and two children on the hotel’s wooden deck, overlooking a dense canopy of trees with the late afternoon sun streaming through the mist. They relished the new view after more than two months cooped up at home.

“Just getting in the car and even starting from packing. We were so excited I think I overpacked. And then, just being here, it's amazing. ... I think that now it's a good time for Costa Ricans to value what they have."

“Just getting in the car and even starting from packing. We were so excited I think I overpacked. And then, just being here, it's amazing,” said Taylor, a marketing executive who lives in the capital, San José, about a three-hour drive away. "I think that now it's a good time for Costa Ricans to value what they have."

Taylor also said he felt comfortable with the hotel’s safety protocols. “From the moment we stepped out of our car, from the way we were greeted, they were protected, they have all of the cleaning products available. They are taking great care,” he said.

Costa Rica acted fast against COVID-19, blocking international flights in mid-March, suspending big gatherings and restricting nighttime driving, among other measures. As of May 29, Costa Rica had 1,000 confirmed coronavirus cases and 10 deaths.

“Now, we, the Costa Ricans, are welcome at the hotels and there are deals. ... But why not leave the discounts in place for local tourists all the time, not just when our business is needed?”

Another local tourist, Omar García, was also happy to get away for two nights, but there is a dynamic that frustrates him. “Now, we, the Costa Ricans, are welcome at the hotels and there are deals,” he said. “But why not leave the discounts in place for local tourists all the time, not just when our business is needed?”

While business picks up near the cloud forests, Costa Rica’s beach towns are struggling. As of now, the beaches are only open from 5 a.m. to 8 a.m.

“A lot of the local people are out of work. ... Another hotel that we know of had nine employees. They laid everyone but one, off.”

“We are empty at the moment and we have been for two and a half months,” said Amy Bovis, who runs the 14-room Tropical Sands Dominical Eco Inn, a hotel in Dominical, a town that attracts surfers worldwide to the Pacific coast. Bovis is offering her rooms at a discount, along with early check-in and check-out possibilities, but the rooms remain empty. “A lot of the local people are out of work,” she said. “Another hotel that we know of had nine employees. They laid everyone but one, off.”

Related: EU calls for European borders to reopen to save tourist season

Bovis has managed to keep her small staff employed, leaning on her savings. “You just hope that you have enough money to pay your bills each month,” she said.

She added that she also cannot reduce her rates further. “Electricity is still very high,” she said. “So we have to think, is it worthwhile for us to rent an air-conditioned room if the person is going to cost us more money than not having anyone in that room?”

There’s another wrinkle. Local tourists don’t always sign up for what foreigners do. Debbie Zec runs Dominical Surf School, which depends heavily on international travelers. She knows many Costa Ricans cannot afford her classes, which run about $50. “Most of the country is on an economic down spiral in spite of how well we are controlling COVID-19,” said Zec. “There is a lot of uncertainty regarding the future.” 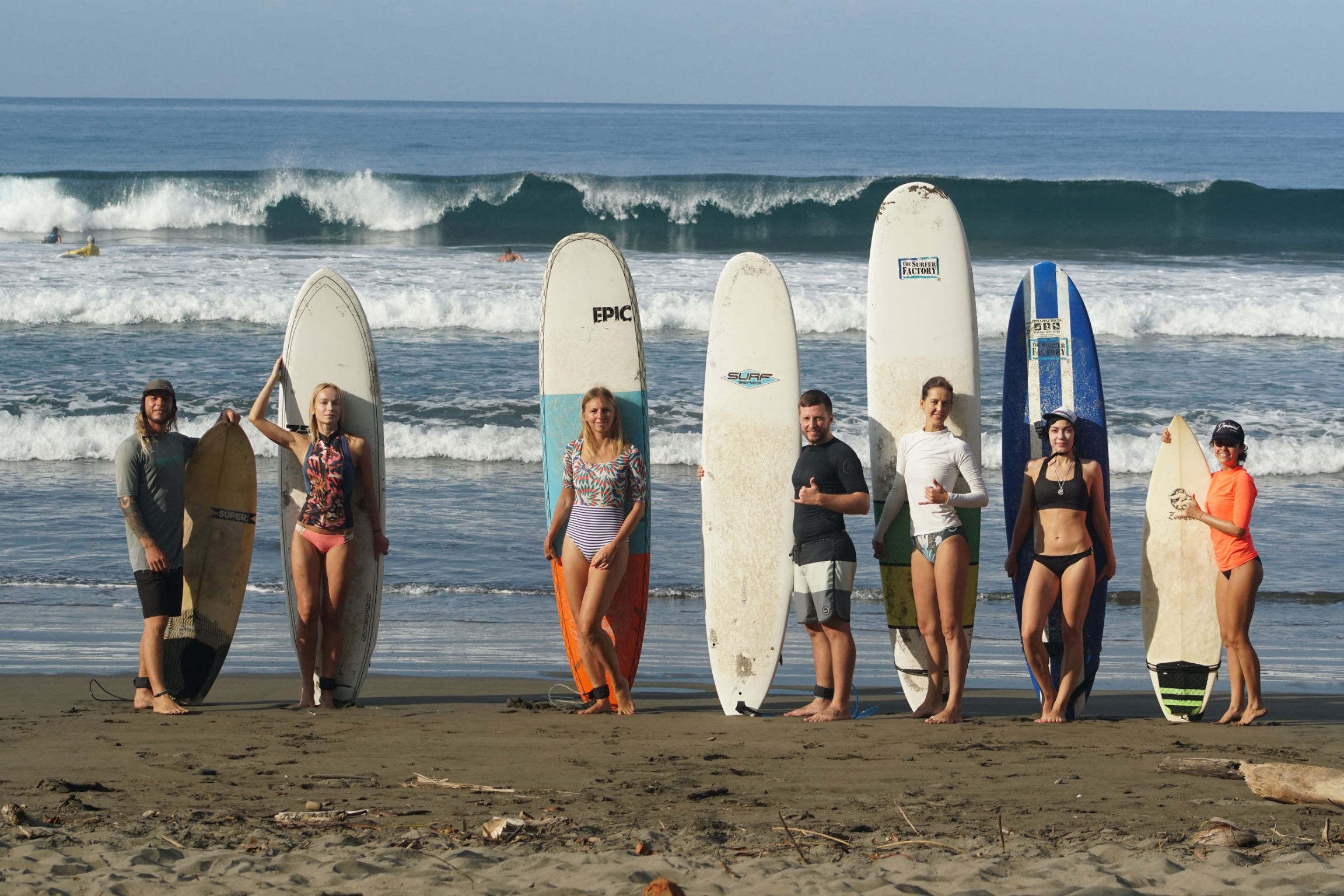 Plus, she said, a lot of people in the country know someone who can teach them to surf for free. “Normally, Costa Ricans have a friend of a friend who surfs, and normally they don’t pay for the service, normally they would do it by themselves,” she said.

"It's like a ghost town. ... I expect the economy to take at least six months to a year to recover."

The dilemma is similar for José Ureña, the director of the Costa Rican Surf Federation and owner of a surf shop in Jaco, a town on the Pacific Coast. Much of business depends on tourists from outside Costa Rica renting and buying boards. "It's like a ghost town," he said. "I expect the economy to take at least six months to a year to recover."

Both Ureña and Zec said that they hope to get by on savings until December when, they hope, foreign tourists return.

In the cloud forest, wildlife guide Alberto Hernández is trying to rely less on tourism for everything. He’s farming more, growing potatoes, carrots and onions. “We are growing our own food because we don’t have money to buy our own food,” he said. He added that his neighbors have been trading more food among themselves.

“You know, we’re going back to past times,” said Hernández. “I grew up doing this.”

It is how his family got by when he was a kid, he said, when there was far less tourism in the area.