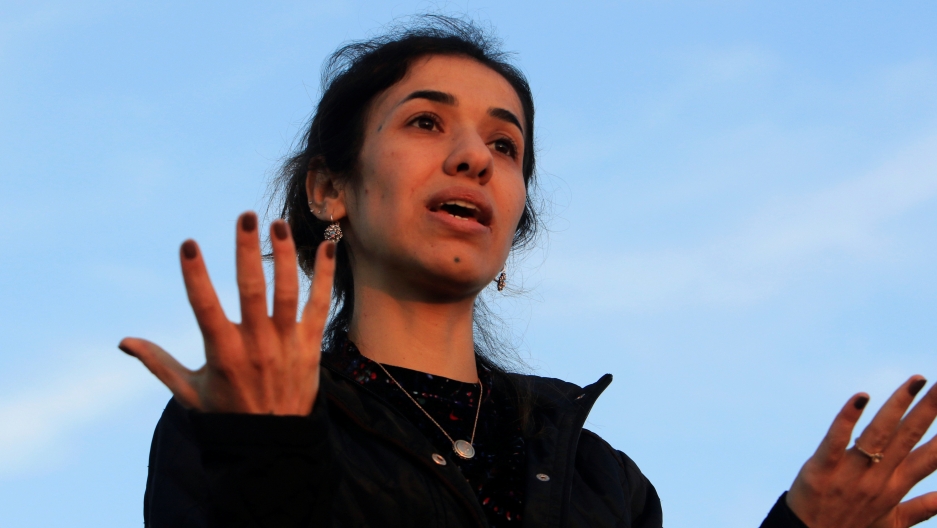 In March, when the Syrian Defense Forces confirmed that ISIS lost its last stronghold in the eastern Syrian city of Baghouz, it seemed to confirm President Donald Trump’s declaration of victory over ISIS months prior, when the US also decided to withdraw troops from Syria.

The US has been a key partner to the Syrian Democratic Forces, helping to significantly diminish ISIS-controlled territory in Iraq and Syria since 2014.

But some analysts say the downfall of the ISIS caliphate doesn’t necessarily mean the end of ISIS, and US troop withdrawal has spurred anxiety over security among Yazidi minorities in the region. Security officials warn that ISIS remains a threat both regionally and worldwide even without a territorial caliphate.

As of early May, 1,000 US troops remain in Syria, less than half its numbers last year. The Pentagon plans to “assess” the situation every six months until its reduction to 400 troops (as Trump approved in February), which may not happen until 2020. The recent news that the Trump administration has reviewed plans to send up to 120,000 troops to Iran further intensifies instability in the region.

Related: As US declares victory over ISIS, withdrawal from Syria proves perilous

In its most powerful days, ISIS targeted Yazidis as “infidels," one of several ethnic minority groups in Iraq and Syria. In 2014, ISIS attacked Mount Sinjar, the ancestral home of Yazidis in Northern Iraq, forcibly separating families, executing and kidnapping an estimated 9,900 people. 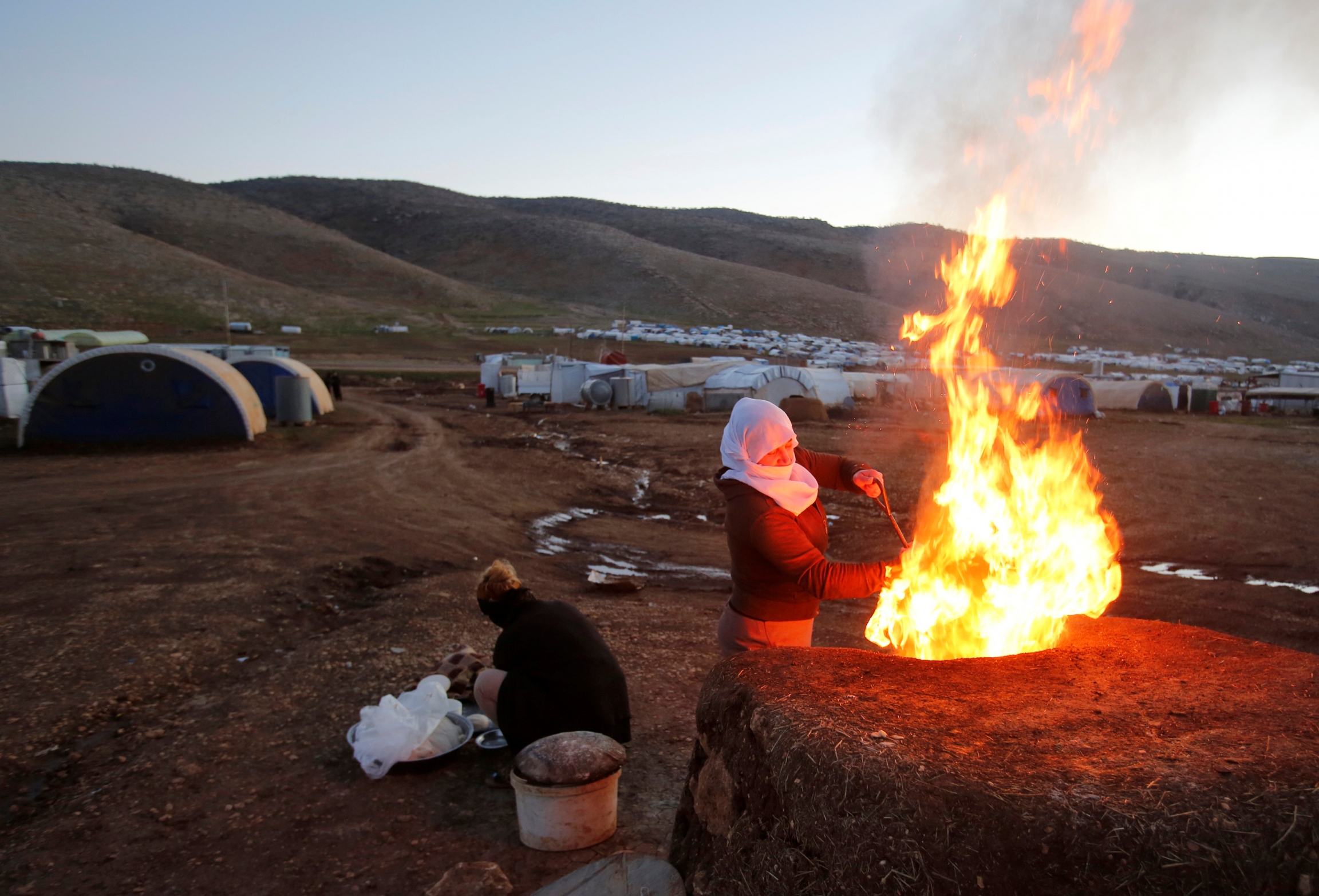 ISIS forced Yazidi children into military training camps or sex slavery, and they were disproportionately affected by the genocide. Since 2014, the majority of Yazidis have fled to displacement camps throughout Iraq and Syria as well as abroad, unable to return to Sinjar due to poor living conditions and ongoing regional insecurity.

Nadia Murad, a Yazidi human rights activist who won the Nobel Peace Prize in 2018 for her work to end sexual violence as a weapon of war, explained that a US foreign policy misstep could undo the strategic balance that has taken years to establish in the region:

“Militias which we had hoped would either leave Sinjar territory or integrate into Iraq's national army would strengthen and continue to fracture our already traumatized and fractured society."

“Militias which we had hoped would either leave Sinjar territory or integrate into Iraq's national army would strengthen and continue to fracture our already traumatized and fractured society,” she said.

The withdrawal also raised the specter of Turkish aggression and security analysts predicted that a power vacuum could allow ISIS militants, many of whom have reintegrated back into civilian society, to seize on a moment of geopolitical uncertainty. “This would be a catastrophe for the world,” Murad added.

However, the Trump administration threatened to target Turkey’s economy in response to initial threats to Kurdish forces. Today, troops remain near the Syrian southern border with Turkey to monitor the fragile security situation.

'We've seen this happen before'

When Pari Ibrahim was a just a child, she and her family fled Kurdistan for the Netherlands after Saddam Hussein's regime persecuted the Yazidis in 1991. Following the 2014 attacks on Sinjar, Ibrahim founded the Free Yezidi Foundation, a nonprofit focused on rehabilitating Yazidi genocide survivors.

Trump’s foreign policy plan has drawn comparisons to an Obama-era decision to withdraw American troops from Iraq, which critics claimed allowed for the origins of the ISIS to emerge and grow.

“Why are we so concerned? Because we've seen this happen before,” Ibrahim said. She rebuked President Trump’s assertion that ISIS had been defeated in the region, stating that the number of ISIS fighters is likely higher than official estimates when taking into consideration those in hiding.

Some experts estimate more than 15,000 ISIS loyalists are still active throughout the region. In late April, notorious ISIS leader Abu Bakr al-Baghdadi reappeared in an 18-minute video after a period of absence from the media, claiming that the recent church attacks in Sri Lanka were revenge for the Baghouz defeat.

“You have to understand that in general, the whole Yazidi community does not have trust in anyone anymore — especially the survivors of the torture, the rapes, the abuse."

“You have to understand that in general, the whole Yazidi community does not have trust in anyone anymore — especially the survivors of the torture, the rapes, the abuse,” Ibrahim said. 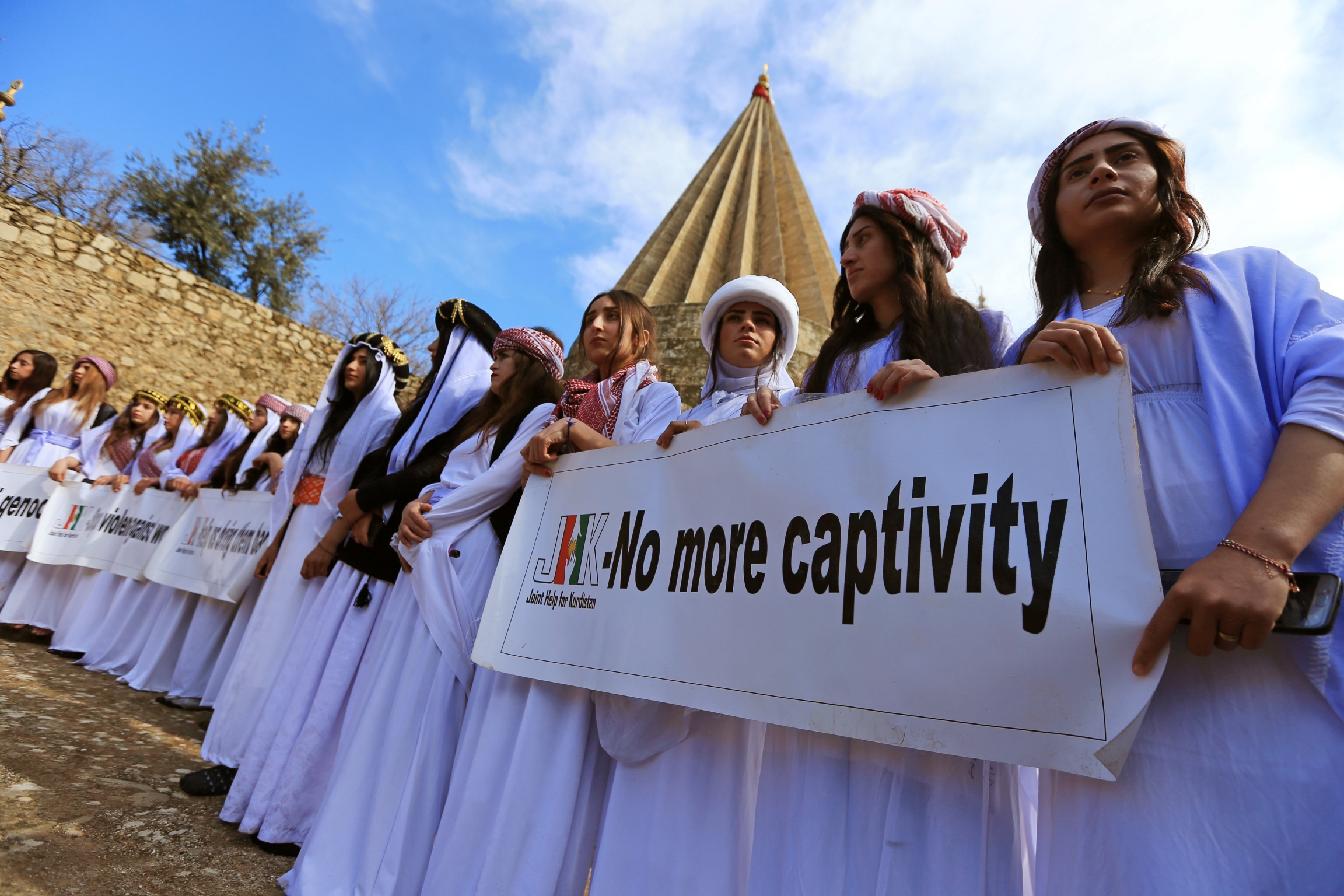 Yazidi women attend a ceremony at Lilash Temple to commemorate the death of women who were killed by ISIS militants during International Women Day, Shikhan, Iraq, March 8, 2019.

The Free Yezidi Foundation women’s center is one of the key providers of psychiatric and rehabilitation care for women living in the Xanke Camp in northern Kurdistan. Women aged 20-35 currently participating in FYF’s programs shared how the US withdrawal of troops in the region has impacted them. Their names have been kept anonymous because of safety concerns.

“Even though Daesh [ISIS] is defeated as a territory, there are many Daesh [ISIS] fighters and supporters [still in the region],” said one woman.

Another said, “As a Yazidi, I do not see very clearly a good future, and without external forces doing protection, it is difficult.”

“I don't think Yazidis think in terms about hope for the future, but just survival and doing the best we can to keep going."

“I don't think Yazidis think in terms about hope for the future, but just survival and doing the best we can to keep going,” said another woman at the camp.

Ibrahim worries that political tumult coupled with the dearth of rehabilitation services could thwart Yazidi survivors’ progress. “Just the idea of a US withdrawal is for them traumatizing again because they know what kinds of things can happen if there's no protection or security. They read this, they see this, and it has a huge effect on their rehabilitation.”

'A broader story of violence'

Yazidi women, in particular, were the focus of intense foreign media and policy attention after the Sinjar attack. This global attention brought the plight of the Yazidis to the world stage, but the media’s obsession with lurid details of rapes and kidnappings left some Yazidi women feeling exposed and without control over their own narratives.

In her interviews with Yazidi women about their experiences with journalists covering ISIS violence, she describes a phenomenon called “patriarchal bargaining.” Originally coined by gender and development scholar Deniz Kandiyoti, patriarchal bargaining refers to strategic choices individuals make when they find themselves at the intersection of multiple power hierarchies, weighing the costs and benefits of engaging with each.

“The focus has mostly been on the rape. But there have been so many other atrocities that have been less reported. It's hard to get people to cover the day-to-day struggles that people face: the lack of access to aid, getting medical care. But when [Yazidi women] talk about that and then they don't get covered, then I think they are frustrated.”

“There's a broader story of violence,” Minwalla said in a phone interview. “The focus has mostly been on the rape. But there have been so many other atrocities that have been less reported. It's hard to get people to cover the day-to-day struggles that people face: the lack of access to aid, getting medical care. But when [Yazidi women] talk about that and then they don't get covered, then I think they are frustrated.”

Pari Ibrahim agrees. “The Yazidi community has been in the media, has been in the spotlight, but let's be honest: A lot of government officials like to take photos with our survivors, but how much actually has been done?”

In late April, the United Nations attempted to pass a resolution to end sexual violence in conflict, during which Nadia Murad testified, but was watered down before it was passed to appease US pushback over reproductive rights language.

For both Pari Ibrahim and Nadia Murad, the pursuit of justice for the Yazidi community remains the utmost priority. This means convicting ISIS perpetrators for the crimes they committed.

Charging detained ISIS militants for specific charges of rape or murder would allow Yazidis to testify and participate in the process of legal accountability. This goal, Ibrahim points out, needs to be a multinational one, with Western governments prosecuting their own citizens who perpetrated crimes for ISIS.

British national Shamima Begum, for example, who married an ISIS fighter and moved to Syria when she was 15 years old, had her citizenship revoked on security grounds in late February this year. Her family is appealing the decision and her case raises critical questions on what to do with ISIS members now languishing in Syrian camps and prisons.

Related: The women of ISIS are more than just brides

To realize justice for the Yazidi community, an eventual return to Sinjar is paramount. According to Yazidi activists, international partners like the US must demonstrate a meaningful commitment to the Yazidi community’s ongoing struggle for security — along with Iraqi and Syrian partners — on the ground.

Editor's note: A previous version of this story misstated where Sherizaan Minwalla is based.