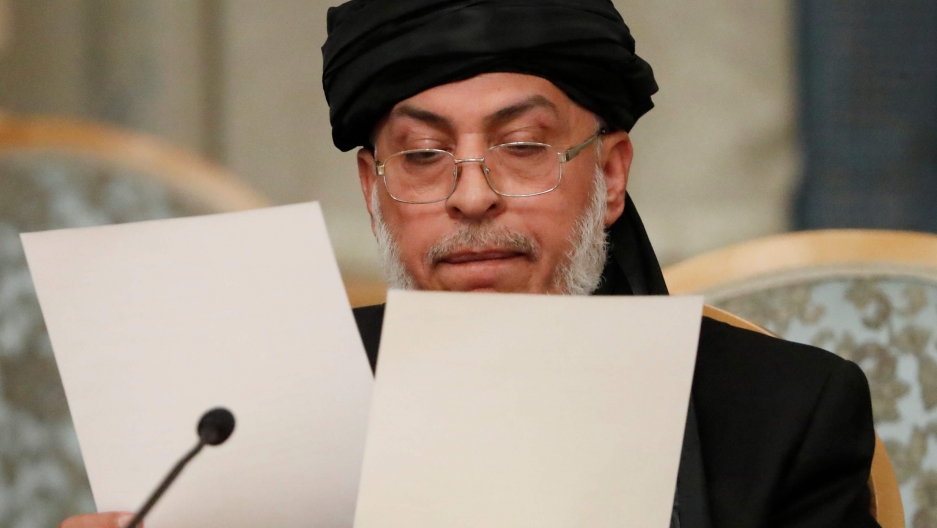 When members of the Taliban’s Political Commission in Doha sat down with US peace envoy Zalmay Khalilzad on Jan. 21, talks were expected to last only a couple of days. Instead, the two sides talked for six days. By the end of the week, many Afghans hoped there might even be a ceasefire announcement.

Eventually, an exhausted Khalilzad flew to Kabul, to brief the Afghan government and political leaders that there was progress but no final deal. Members of the Taliban told researchers working with me that the negotiators were cautiously optimistic. They had concluded that a peace deal might actually be attainable.

But, in the following days, contradictory narratives circulated among the Taliban about what peace might look like, and the price they were prepared to pay for it. These narratives provided a timely reminder that preparing an armed movement to embrace an end to violent conflict is an immense political challenge, for the leaders of that movement, for mediators and for the battlefield enemies.

The Taliban fighters in Afghanistan are predominantly millennials and many carry phones and post on Facebook. They took up the positive tone and celebrated the prospect that the war would end and peace would come. Theirs was an uncomplicated message, with no political caveats. This was a remarkable development as, until now, Taliban popular discourse had typically portrayed “peace” as a foreign conspiracy to undermine the legitimate jihad.

Related: After surviving an attack on their school in Kabul, these students show that ‘education prevails’

As an indicator of the Taliban mood, on the day after Khalilzad’s departure, an audio of a tarana, or ballad, was widely circulated on WhatsApp. It articulates a narrative of victory, envisaging a Taliban army, in their signature white turbans, sweeping across the country.

Taliban veterans described to me a gulf in perceptions, with uninformed juniors thinking the war is about to end, while senior figures know that there is no deal.

According to the Taliban victory narrative, by agreeing to negotiate with the Taliban, the Americans have accepted that they have been defeated in Afghanistan and just want to extricate their troops safely. Because the Afghan government in Kabul is entirely dependent on external support, the Taliban can easily topple it. Hardliners push this victory narrative to argue they don’t even need any further negotiations, as the Americans are bound to leave anyway.

Meanwhile, in their official internal briefings to the fighters, circulated as audio messages over WhatsApp that I have heard, Taliban spokesmen maintained a calculated ambiguity, compatible with both the victory narrative and that of negotiated peace. The spokesmen confirmed in these messages that the Taliban delegation had discussed withdrawal of foreign troops, which is the main Taliban demand. But they denied reports that there had been any agreement on a ceasefire or to include the Afghan government in talks, both of which contradict the victory narrative. And they confirmed that talks would resume after consultation with the Afghan Taliban’s leadership, based in Pakistan. 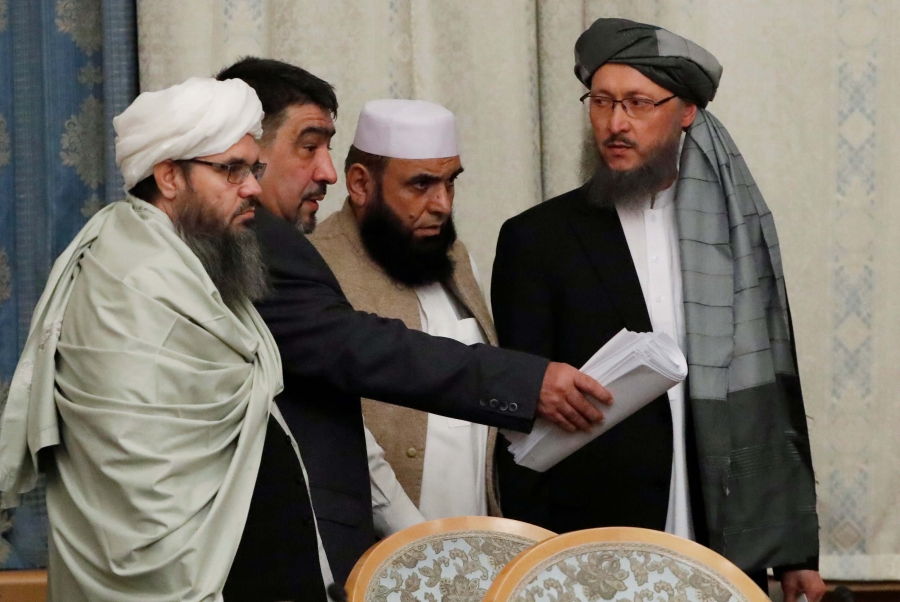 Members of Taliban delegation take their seats during the multilateral peace talks on Afghanistan in Moscow, Russia Nov. 9, 2018.

The dilemma underlying these contrasting Taliban narratives concerns the legitimacy and necessity of compromise at the end of a war. The potential peace deal taking shape in Afghanistan would involve a ceasefire, a negotiation about the future of governance among the Afghan parties and an incremental withdrawal of US troops. For the Taliban, even this simple framework represents a compromise. Until now, they have pledged to fight until the last foreign troops leave, refused to negotiate with the Afghan government and ruled out any power-sharing arrangement.

After the Doha round of talks in January, the Taliban negotiators seem ready to contemplate some degree of compromise, but have had to refer to the leadership — whose decision-making is deliberately opaque. My ongoing research into Taliban political culture indicates that the leadership has assembled a long list of arguments against the very notion of a negotiated settlement.

Related: Changing your face to disguise your ethnicity? Maybe, for these Afghan women.

They feel compromise is unnecessary because the US will inevitably withdraw its troops before the 2020 US election, with or without a deal. The Taliban leadership is also concerned that hint of a compromise would undermine the jihadi spirit which motivates their troops. Compromise could split the movement or make it impossible to resume the conflict if a deal fell apart. They also fear appearing to betray the blood of the martyrs sacrificed in the hope of total victory.

The Taliban has championed the idea of an emirate as a political system vesting all power and authority with their supreme leader. Power-sharing would amount to a renunciation of this idea of emirate. Less spoken about, but historically a key consideration for the Taliban leadership, is the issue of jihadi solidarity. Any deal would mean renunciation of the al-Qaeda relationship. Almost two decades ago, the then Taliban emir, Mullah Omar, refused to give up Osama bin Laden to the Americans. Breaking solidarity with al-Qaeda and fellow mujahideen would still be a bitter pill for a Taliban leader.

The leadership’s final argument is one around pressure. The Taliban embraced talks because they felt under political pressure from Pakistan and countries in the region to sit down. The leadership may calculate that, by showing up for talks, they have done enough to mitigate that pressure and that blaming the US for the lack of a deal may be an acceptable outcome.

Whether there is now any real progress towards peace depends, in large part, on how these arguments are resolved within the Taliban movement. That the leadership has acknowledged that its representatives are engaged in serious talks is a significant step forward. But the leadership itself has not yet embraced compromise, nor has it taken any steps to prepare the movement for a settlement short of total victory.

The default position for the Taliban leadership would be to let talks drag on for a while and then double down on the strategy of jihad until victory by launching a spring offensive. However, what has changed since Khalilzad launched his peace initiative in October 2018 is that more Taliban have come to contemplate an end to the war and even some senior figures have concluded that this can only be achieved by compromise.

Afghanistan is still probably a long way away from a peace deal. But the shift in Taliban calculus is a helpful foundation for the next stage of peacemaking.