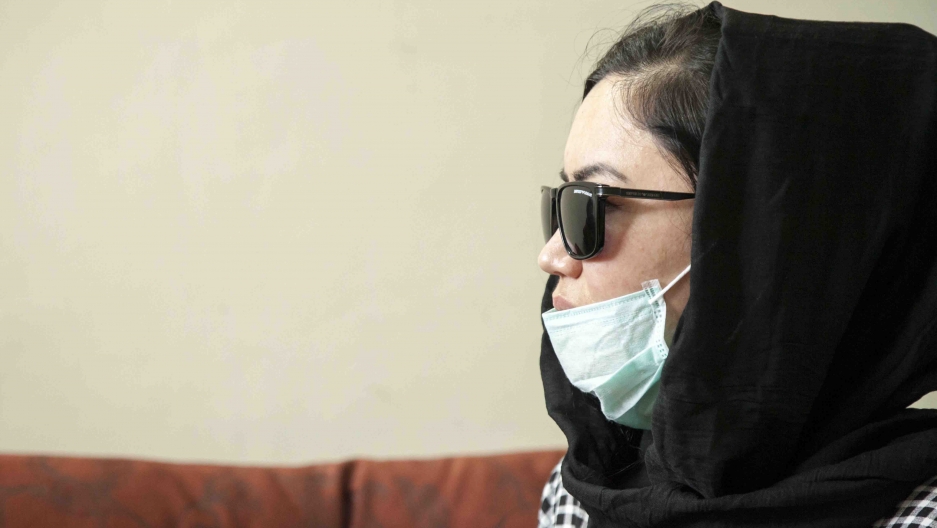 Zahra, a Hazara, is pictured at Dr. Zalmai Khan Ahmadzai's clinic in Kabul. She says she wants to get a nose job.

Twenty-five-year-old Zahra is convinced she is not pretty.

“I want to get rid of this extra skin,” she says, pinching the skin above her eyes. “It pains me to even look at it,” she adds, pulling at it with her fingers.

Then, there’s that nose. That “small, flat, unattractive nose,” as Zahra describes it. She wants a bigger one.

She has made up her mind. In a couple of hours, doctors will numb her eyelids and cut off that extra skin. She’ll be one step closer to looking the way she has always wanted — with open eyes and a big nose.

Read more in the "Untold Afghanistan" series: She saved a pregnant woman’s life. Now, she works to make childbirth safer for all Afghan women. and After surviving an attack on their school in Kabul, these students show that ‘education prevails’ and Today, women's clothing in Afghanistan includes far more than the blue burqa and This Afghan filmmaker got her start fighting street harassment with her camera.

Zahra and other patients in this story asked that PRI withhold their full names because of the sensitivities surrounding their situations.

Dr. Zalmai Khan Ahmadzai, a dermatologist and aesthetics specialist in Kabul, Afghanistan, is the surgeon who is going to operate on Zahra. He is tall and strides around his busy clinic with swagger.

The waiting area of his clinic is abuzz. There are men, women and kids, each with a problem they hope to have fixed.

Dr. Ahmadzai proudly shows off the two dozen awards and certificates hanging on the wall of his office, listing off all the places where he got them from. “Germany, Dubai, India ... ” The list goes on.

Behind him, there’s a framed picture on his desk. He’s standing next to Ashraf Ghani, Afghanistan’s president. The two are shaking hands.

Ahmadzai says 10 years ago, when he first opened his clinic in Kabul, people were skeptical about cosmetic surgery.

“They thought that, for example, laser can produce cancer,” he says.

But he saw a market.

Ahmadzai went on television. In ads and on national programs, he told Afghans — mostly Afghan women — that a wrinkle-free forehead doesn’t have to be a thing of dreams. That cosmetic surgery has made it to Afghanistan.

“So, now people have a [a lot more] awareness about aesthetic specialty, plastic surgery and also dermatology.”

In some ways, Ahmadzai’s timing couldn’t have been better.

A lot of women visiting Ahmadzai’s clinic came of age under the Taliban, when television, movies and music were banned.

The group famously used to hang television sets in public, claiming that watching them led to moral corruption.

But those days are gone.

Zahra, Ahmadzai’s patient, says she watches Bollywood movies on the internet and has satellite television at home. She says she wants to look like the stars she sees onscreen. 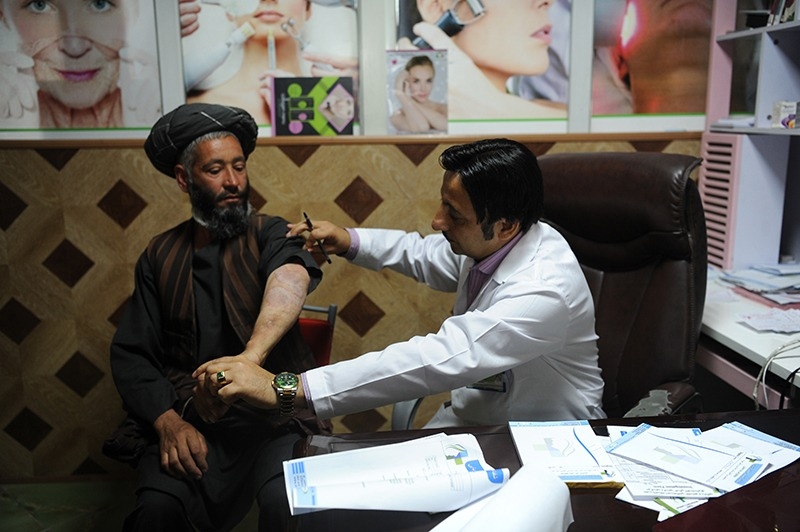 Dr. Zalmai Khan Ahmadzai is shown at his clinic in Kabul, Afghanistan.

Ahmadzai pulls up pictures of his handiwork on a computer monitor at his desk.

“See? Before and after,” he says, clicking through a virtual brag book of before-and-after eyes and noses.

Zahra is obsessed with big eyes and big noses because her appearance is different from most Afghans.

She belongs to a minority group called the Hazaras who are believed to be descendants of Genghis Khan. The Hazaras make up only 9 percent of the population in Afghanistan, and they follow the Shiite branch of Islam, unlike the majority of Afghans who are Pashtun and Sunni.

“The Hazara have swelling eyes, moon-type face, and they have a small nose,” explains Ahmadzai, adding that “many look like Filipinos, Japanese and Chinese.”

The Hazaras' history in this country is intertwined with brutality and discrimination.

More recently, the Taliban and ISIS have attacked Hazara schools, mosques and neighborhoods. The extremist groups target Hazaras because they consider them apostates.

Ahmadzai says as the word about his clinic spread, he started to see more and more Hazara patients.

But there are concerns about the ethics of these types of plastic surgeries in Afghanistan.

Does Ahmadzai think it’s OK to change the way his patients look, not for any health reasons and just because they want to resemble a different ethnicity?

“Yeah,” he says. “Many people are interested to do this surgery to bring some change in their natural face. That’s the main point of it.”

The way Dr. Ahmadzai sees it, he’s helping these women. They come to him with their minds already made up.

He explains to them what the operation involves.

“[I tell them] about the complications of the surgery, about the benefits of surgery … all of [it],” he says. “If the patient agrees, after that we have an agreement signed and after that, we can do [the] operation.” 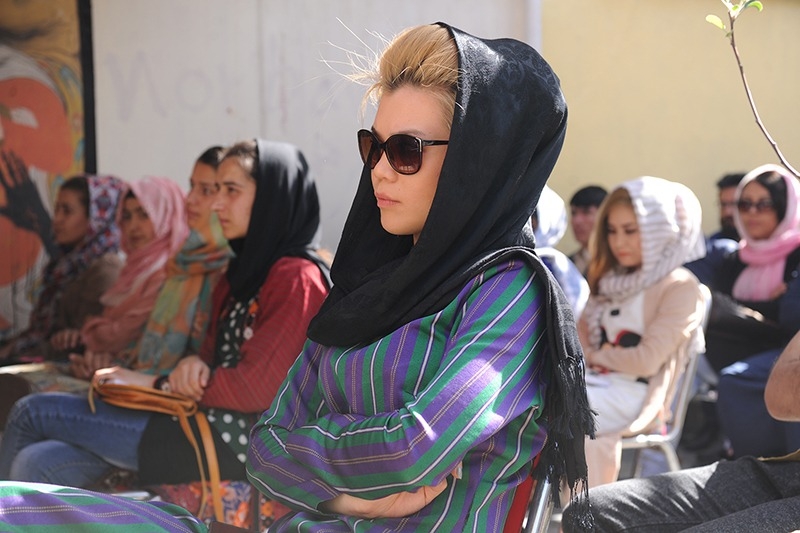 Cosmetic surgery in Afghanistan used to be limited to war injuries. But since the fall of the Taliban, more women have been going under the knife to change the way they look.

When you ask Zahra if she is going under the knife because she doesn’t want to come off as Hazara, this is her response: “No, it’s not because I don’t want to look Hazara. I just want to look beautiful.”

Beautiful to her is big eyes and a big nose. And she’s not alone. Twenty-six-year-old Fatima is another one of Dr. Ahmadzai’s patients. She’s also Hazara, and six months ago, she had an operation to make her eyes seem bigger.

Fatima says she’s so happy with the operation that she wants to get a bigger nose, too.

What about her? Is she is doing all this to mask her Hazara identity? She shakes her head. “No, it’s not because I don’t want to look Hazara. I want to look pretty.”

But from talking to these women, it’s clear what they think 'pretty' means. It’s about not looking Hazara. Both of them say they are not married yet. They say their families pay for the operations and take care of them until they recover.

As for Dr. Ahmadzai, he says he gets roughly 20 or 30 Hazara patients every month. They are mostly women wanting to enlarge their eyes and noses. And he says he doesn’t do this just for the money. But also to help women like Fatima and Zahra “look normal."