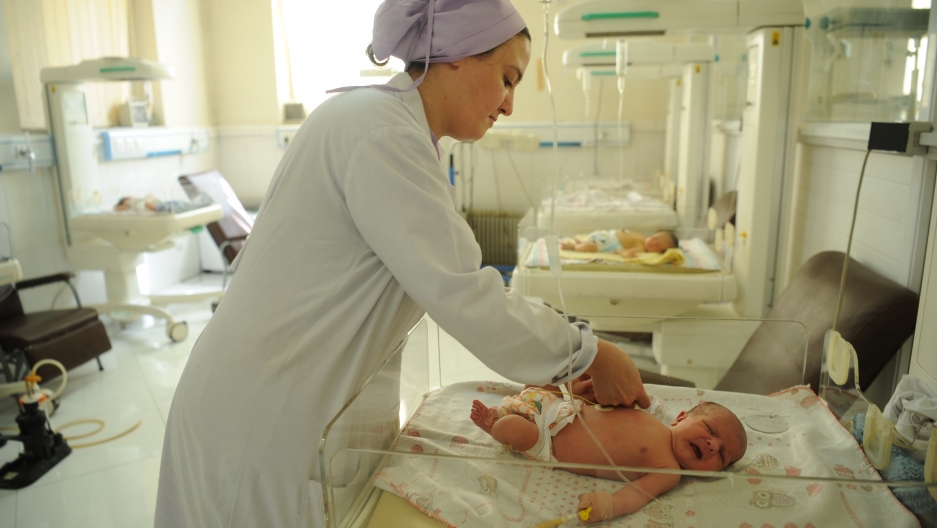 A nurse attends to a newborn at the Malalai Maternity Hospital in Kabul, Afghanistan.

Feroza Mushtari shudders as she remembers when the Taliban took power in Afghanistan.

She was a teenager living in Kabul when the group gained control there in 1996. One day out of the blue, her parents told her she must wear a burqa — a long, loose garment that conceals the shape of women's bodies. They also told her she could no longer go to school. The Taliban had banned education for girls.

"We were suddenly put at home with no hope for the future," she says. "We [almost] went into depression."

Read the next story in the series, "Untold Afghanistan": After surviving an attack on their school in Kabul, these students show that ‘education prevails’

Mushtari says empty classrooms led to fewer educated women, and in turn, there were hardly any women working in health care or as midwives.

Before the fall of the Taliban in 2001, there were 467 trained midwives in all of Afghanistan. The country's population at the time was nearly 21 million. Afghanistan's maternal mortality ratio skyrocketed to become the second highest in the world — just shy of Sierra Leone’s. 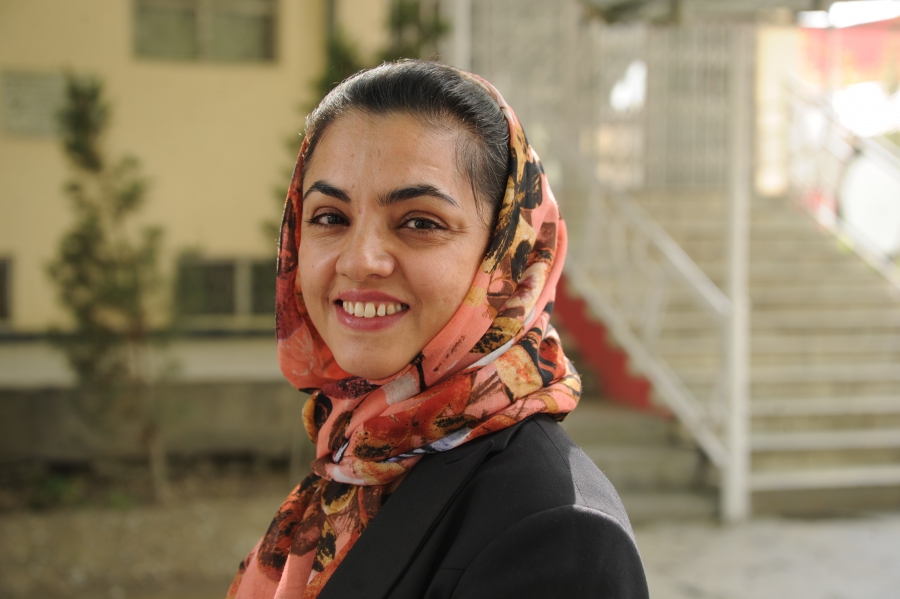 Feroza Mushtari is the health adviser to Afghanistan's first lady. She is also a longtime advocate for maternal health in the country.

The Taliban set one more rule: No woman was allowed to leave her house unless accompanied by a male relative. Mushtari says it was exactly in those suffocating days that something happened that propelled her to become a midwife. The events unfolded on a cold, winter night. "Someone knocked on our door. When I opened [it], I saw an old lady with her daughter-in-law."

The younger woman was heavily pregnant and visibly in pain. They were desperately in search of a man who could take her to the hospital. "We didn’t have any male member of our family," Mushtari says. "My father was in Kandahar at that time."

As Mushtari and her mother explained that there were no men in the house, the pregnant woman twisted in pain. Then, she started bleeding. "I still remember the picture. She just fell down, and she sat on the floor and started crying. I [felt] someone is dying in front of me, and I cannot do anything." But Mushtari stayed calm. She took a deep breath and wondered how she could save the woman and her baby. Suddenly, she had an idea: "I put my dad’s woolen hat over my head, and I put his patoo or shawl over my shoulders … to look a little bigger and like a boy."

Mushtari, dressed like a man, left the house with the pregnant woman. She hailed a taxi and sat in the front seat, just like Afghan men did. She told the driver to hurry. "On the way [to the hospital]," she says, "I remember I was practicing [a] boy’s voice in case we were stopped by the Taliban. I [could] hear my heartbeat."

Mushtari says the most stressful taxi ride of her life ended when they safely pulled up to the hospital. She rushed the woman inside, where she received life-saving care. "She had a healthy baby boy. They [called him] 'Feroza' because my name is Feroza. They wanted to value my help." Mushtari says that night, when she saw the smile on the new mother’s face, she made a promise to herself: Going forward, she would dedicate herself to saving mothers' lives.

And she did. The hospital she rushed that young, pregnant woman to is where I meet her on a sunny, spring day. 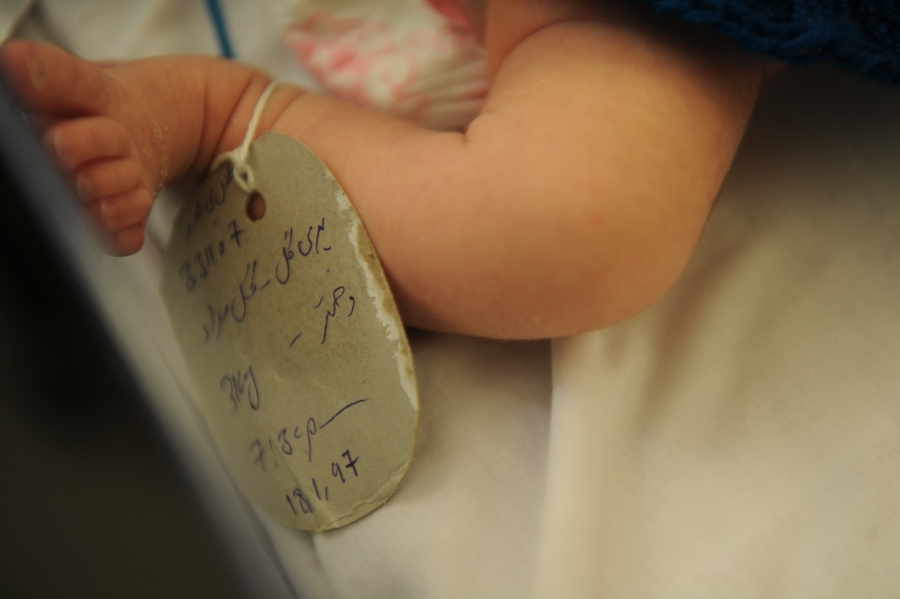 A newborn is pictured at the Malalai Maternity Hospital in Kabul, Afghanistan.

The Malalai Maternity Hospital is one of Afghanistan’s oldest, and busiest, health care facilities. Inside the nursery, over a dozen babies are swaddled in colorful blankets. Some lie under incubators that keep them warm. Mushtari has a strong bond with the nursery. "For me, this is a precious place," she says.

Not only did Mushtari save that pregnant woman’s life at this hospital, but she also went on to train to become a midwife here. Today, Mushtari is a star in her profession. She’s the health adviser to Afghanistan’s first lady and a vocal advocate for maternal health in Afghanistan. She says a lot has improved since the days of Taliban rule. For example, today there are about 10,000 midwives in Afghanistan, according to Mushtari. And the country has a Midwives Association and several midwifery programs.

Mushtari says there are several reasons why high maternal deaths persist in Afghanistan. "Sometimes families delay taking a pregnant woman to a hospital or clinic until it’s too late," she explains. "Some men prefer that their wives only be treated by female doctors or midwives, which then limits or delays the kind of care they get."

Then, there are the geographical challenges. Afghanistan is a vast, mountainous country, and in the winter, remote areas get cut off from everything. Many residents in these areas don’t own cars, which makes it extremely difficult to get a woman in labor to the hospital on time.

But one of the biggest hurdles in getting pregnant women the care they need, Mushtari says, is security. The Taliban still controls parts of the country, and they regularly plan attacks on roads. Some of the health clinics are located inside Taliban-controlled areas, making it even harder for women to access them. "It’s also hard to convince midwives — who train in bigger cities and who are often women — to work in areas where there are safety concerns," Mushtari says. 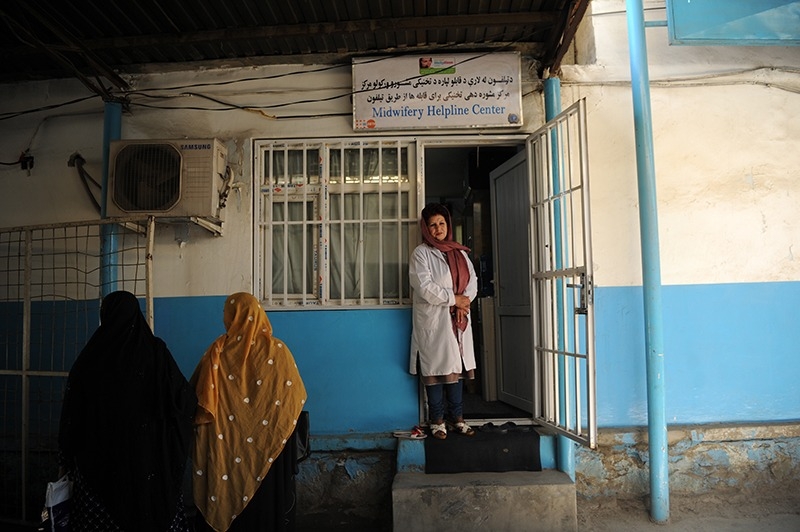 These risks and limitations led the United Nations Population Fund to experiment with a new facility in Afghanistan. It set up the Midwifery Helpline Center, where women — patients or new midwives — from all around the country can call in and ask for help. The center, located at the heart of Kabul, is the size of a small bedroom. Laptops sit on two large desks where a group of midwives wearing headsets take calls around the clock.

Dr. Rona Abidi Shayan, a gynecologist, explains that in the two years since the center became operational, she and her colleagues have responded to 6,000 calls, some of which were emergencies.

“I had a call about a woman who was suffering from eclampsia,” Abidi Shayan says. “The midwife wasn’t sure what to do. I explained to her what medication she should administrate. She did and the woman survived. The patient later came all the way from Takhar Province to Kabul to thank me.”

Abidi Shayan says she has responded to calls from places so remote that she had to look them up on a map. "I am from Afghanistan and before I started working here, I had no idea these places exist,” she says.

The midwives at the call center explain that services like these are helping save women and their newborns in Afghanistan, but they are not a definitive solution to the bigger problems facing the country — war and insecurity.

“In the end, the fight for maternal health can truly be successful if there is peace,” Abidi Shayan adds. 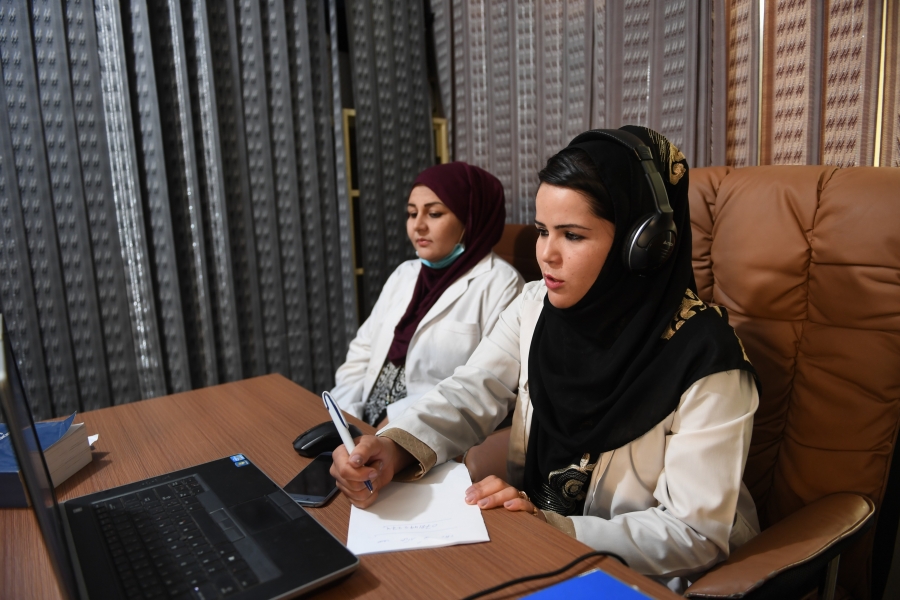 Back at the Malalai Maternity Hospital, I ask Mushtari what could be done to improve midwifery in her country.

“We need to improve the quality of midwifery education and to regularize the profession,” she says.

As for Feroz, the baby she helped deliver, Mushtari says she lost touch with his mother. “But I hope that he is still alive and that his mother told him the story of how she delivered him,” she says.