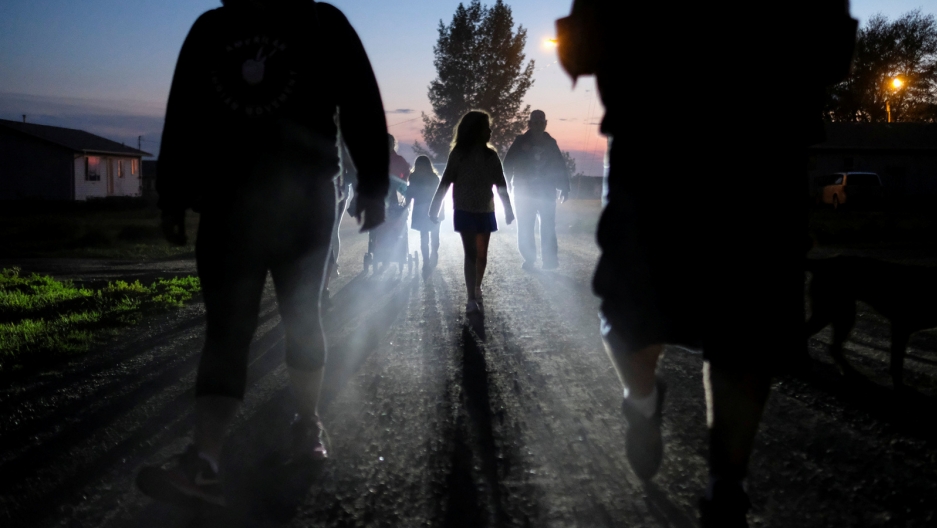 People take part in a smudging ceremony organised by the First Nations Indigenous Warriors and the American Indian Movement on the Cote First Nation, near the town of Kamsack, Saskatchewan, Canada, Aug. 6, 2017.

Dozens of Indigenous women were forcibly sterilized by Canadian health authorities, including as recently as in 2017, said the lawyer leading a class-action lawsuit against the government.

Alisa Lombard was speaking on Thursday after appearing in Geneva at the UN Committee against Torture during hearings into Canada's human rights record.

More than 90 Indigenous women in the western province of Saskatchewan contacted lawyers to join the lawsuit over forced sterilization, said Lombard of Maurice Law, the Indigenous-run firm spearheading the case.

"If it happened then and nothing was done to prevent it, I don't see why it wouldn't be happening now," Lombard said.

A government spokeswoman said officials were still gathering information on the issue, and could not say with certainty that the practice had stopped.

The UN committee will publish its findings on Dec. 7.

"This class action is there to stop it [forced sterilization], punish it and prosecute it," Lombard said of the suit, which was filed last year.

Health experts and human rights campaigners said the forced sterilizations, which the United Nations considers a form of torture, are symptomatic of the discrimination and abuse that Canada's Indigenous women face.

The government does not deny coerced sterilizations took place. However, a spokeswoman for the minister of Indigenous services told the Thomson Reuters Foundation she could not comment on allegations in the lawsuit as the matter was before the courts.

Earlier this week, minister of Indigenous services Jane Philpott told lawmakers the "coerced sterilization of some Indigenous women by medical professionals is a serious violation of human rights."

"We know that Indigenous patients can face systemic barriers in accessing medical services, including discrimination and racism," Philpott said.

It remained unclear how many Indigenous women were forcibly sterilized in Saskatchewan or elsewhere in Canada, said Alex Neve, secretary-general of Amnesty International Canada, who also testified at the UN committee hearings.

"It is impossible not to conclude that this arises from a context of deeply entrenched racism and colonialism. This is tied up with stereotypes of Indigenous women as being incapable mothers," he said. 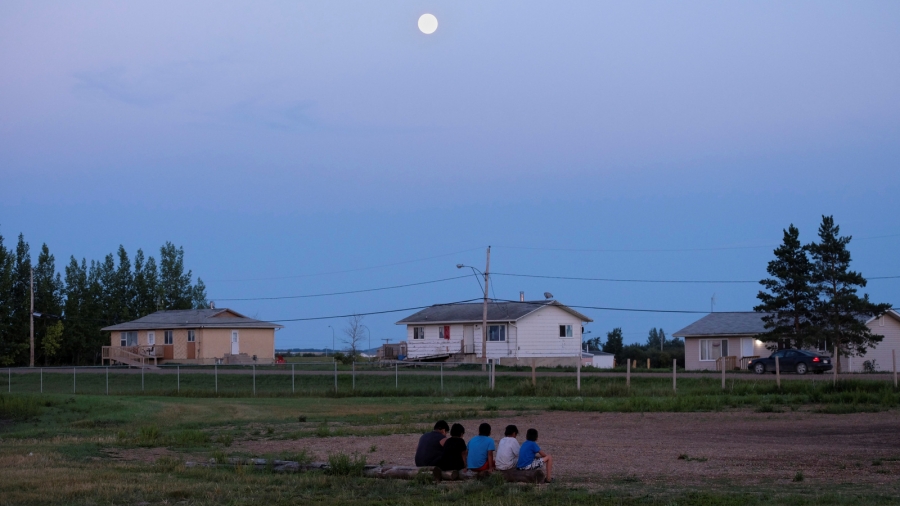 Indigenous people comprise about 5 percent of Canada's 36.5 million people and are disproportionately affected by poverty. Nearly half live in western provinces such as Saskatchewan, according to government census data.

During his testimony, Neve called on the government to appoint an independent investigator — ideally an Indigenous woman, he said — to conduct a review to determine the scale of the problem and recommend solutions.

"Under international law, it is very clear forced sterilization is torture," Neve said.

The lawsuit, which Lombard said could go to trial in 2019, names the Saskatchewan government, provincial hospitals, several doctors and national authorities. It is seeking $5.3 million per plaintiff.

Forced or coerced sterilization — which is defined as sterilizing women without their proper, informed consent — began in Canada in the 1930s and continued until at least 2017, the suit states.

The lawsuit cites a woman with the initials M.R.L.P. as the lead plaintiff. It said the Saskatchewan resident was sterilized without proper, informed consent immediately after her second child was delivered by emergency cesarean section in September 2008.

Health professionals suggested she undergo a tubal ligation — a surgical procedure in which a woman's fallopian tubes are blocked, tied or cut — when she was "particularly vulnerable" — in labor and about to undergo emergency surgery.

"Her written consent was sought by health professionals moments before emergency surgery was affirmed, contemporaneously with the administration of opioids, and while she was incapacitated by the pain associated with active labor," the statement of claim said.

When she later sought to have the procedure reversed, health professionals told her she would be unlikely to fall pregnant. Her relationship with her then-partner ended due to her sterility, the suit said.

"Canada and the province were aware of these policies and practice and their disproportionate impacts on vulnerable Aboriginal women, historically and currently, and have done nothing to prevent them," the statement of claim said.

Canada's universal healthcare is largely funded by the national government and provided by provincial authorities.

The lawsuit said coerced sterilizations were an example of cruel and unusual punishment, which is illegal under the country's Charter of Rights and Freedoms.

The provincial health ministry told the Thomson Reuters Foundation it had launched an independent review last year after Indigenous women came forward saying they had been pressured into having tubal ligations after giving birth.

It changed its policies after that review, a ministry spokeswoman said.

"It [the government] now requires that a woman must have had a documented discussion with her healthcare provider before coming into hospital," she said in emailed comments.

"Otherwise, a tubal ligation would not be provided during the patient's post-partum experience ... Our priority is to engage, understand and better serve the health needs of all Indigenous residents of Saskatchewan."

The provincial ministry said it was implementing cultural training for all maternal services staff and was working with Indigenous leaders and elders to improve the consent process and healthcare in general.

The spokeswoman could not comment on specific claims made in court documents as litigation is ongoing.

Marcia Anderson, a professor of health sciences at Canada's University of Manitoba, said it was difficult to hold healthcare providers to account as the country did not gather data on health-quality performance by race.

"There is very little [even no] ability to monitor the expression of racism in the healthcare system," Anderson said by email.

"Racism is as present in healthcare as it is in our broader society, but it is acted out in different ways."