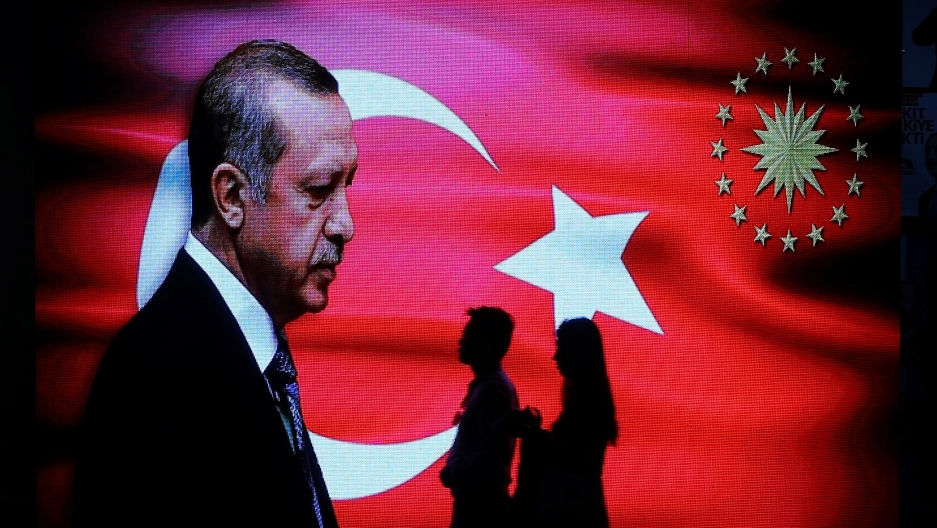 And in the next breath, he explains why he wants to leave.

“Human and political conditions are not good," he said. "I am not quite happy with the [situation] here — there is no justice."

"I am not happy with the economy either," he added. "Taxes are too high and salaries too low.”

Dündarlioğlu is not alone. In Istanbul, most young people interviewed by PRI say they either know someone who has left Turkey or wants to. Many say they’re thinking about it themselves. In cities from Barcelona and Madrid to Stockholm, Berlin and Athens, researchers say Turkish diaspora communities are growing. And for the first time in modern Turkey's history, it seems the exodus isn’t mainly due to a search for economic opportunity.

There are no official figures on emigration compiled by the Turkish government that break down the motives behind people's departure. But recent emigres and would-be emigres told PRI their decision was about safety from persecution, having a voice in society and, even more crucially, an uncertain future in the so-called “new” Turkey under President Recep Tayyip Erdoğan. They say that Turkey went from being a haven of a stability and economic growth in the region to a country with increasing societal divisions, rising violence and a government that continues to become increasingly authoritarian.

Many people — particularly young, secular and educated Turks — say they have had enough.

"Here, unfortunately, a human being has no value and cannot express oneself," said Dündarlioğlu, adding that his final decision to leave will depend on what happens in the June 24 election, which could give Erdoğan even more power. "If you support the government, maybe you will be valued."

Over the 15 years Erdoğan and his Justice and Development Party have been in power, they have eroded freedom of the press, free speech, expanded the role of conservative Islam in the officially secular republic and presided over an increasingly fragile economy, analysts and emigres say.

After an unsuccessful coup attempt in July 2016, Erdoğan and his allies stepped up those efforts to clamp down, instituting a state of emergency that further grants them powers to detain and imprison alleged coup conspirators and sympathizers as well as anyone else who supposedly supports Fethullah Gülen, the Muslim cleric living in exile in the US whom Erdoğan has blamed for organizing the coup.

Hundreds of thousands of teachers, lawyers, intellectuals and artists as well as members of the civil service, the judiciary and the military have been jailed or have lost their jobs.

Then last year, voters approved changes to Turkey’s constitution to abolish the office of the prime minister and transform the country’s now-ceremonial presidency into a full-fledged chief executive. Supporters of the change said it would make the government run more efficiently. Opponents said it was move to give an increasingly authoritarian Erdoğan even more power.

Critics fear that with Erdoğan's election win, he could wield near-absolute authority and cement his status as the most important Turkish leader since Kemal Ataturk founded the country in 1923.

Erdoğan's power grab has also galvanized his opponents: He was forecast to come close to or only slightly top the 50 percent threshold necessary to avoid a runoff election.

Still, many of these Turks say nothing will change.

"I learned not to be hopeful about the elections because it's the same guys who always win," said a 26-year-old woman studying in Malmö, Sweden, who left Turkey in 2015, saying she couldn't take the oppressive environment any longer.

“I wasn't happy in Turkey as a woman, as a non-Muslim, single woman,” said the student, who asked not to be named out of fear of reprisal against her or her loved ones at home. “Harassment became a part of your everyday life. You just hoped that you'd be one of the lucky ones, so no psycho will kick you in the face in the bus because you were wearing shorts that day.”

"Those who remain in Turkey face an uphill battle against the changes that have occurred in the country in recent years, especially if Erdoğan wins," she added, explain that she visited Turkey after the coup attempt and found it "scary."

"I remember thinking, 'Where am I?'" she recalled, after seeing pro-government propaganda in the subways and experiencing the tense feeling. "I felt like the Turkey I knew, the Turkey I left, died on [July 15, 2016]."

She says she knows at least six people who have left Turkey. "But every time I go back and see my friends, they are all talking about leaving," she said. 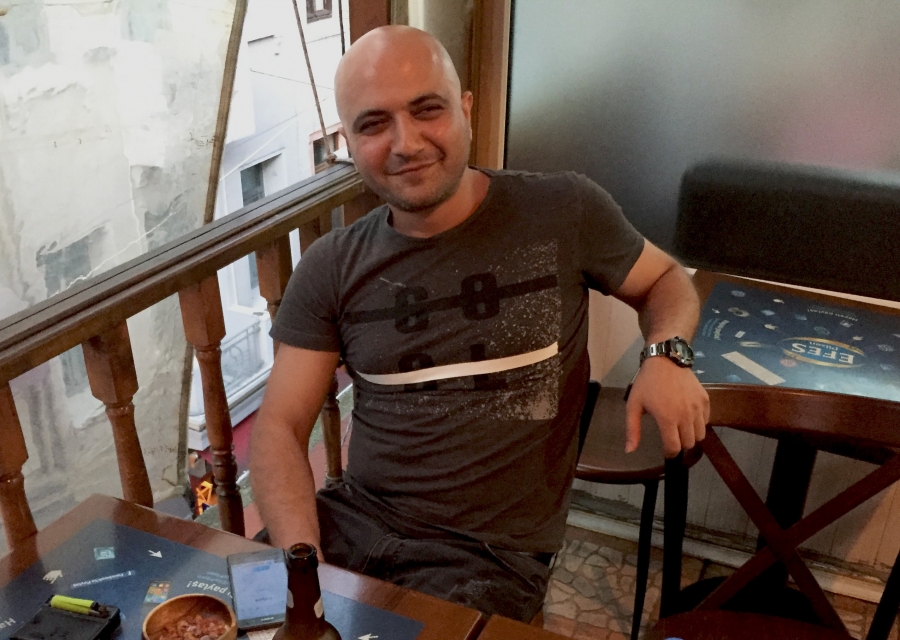 Bilal Dündarlioğlu, a 34-year-old information technology engineer in Turkey, says he love his country, but may need to leave, depending on the outcome of the June 24 election. "Here unfortunately a human being has no value and cannot express oneself," said Dündarlioğlu. "If you support the government, maybe you will be valued."

Researchers say that while there are no exact figures, there is evidence that many young Turks have left to escape persecution, to find jobs and other opportunities or because they can't imagine raising children in the current atmosphere.

“There is anecdotal evidence that the coup and the purges that have ensued have resulted in an exodus of skilled professionals especially in the areas of the media, universities and the creative industries,” said Spyros Sofos, a researcher who coordinating Project Mosaic, a program that brings together academics from Lund University in Sweden, Istanbul University and Koç University in Istanbul to promote democracy and civil society.

He notes that the impact of the migration and the purges has been to leave some sectors reeling: For example, several universities do not have enough staff despite a reverse trend of Turks sympathetic to the government returning from Europe and elsewhere.

Sofos says that it's particularly hard to measure how many Turks are leaving over fear and politics, because emigres want to avoid applying for political asylum in order to keep a low profile and protect their families and their future. Still, he says, Turkish diaspora communities across Europe, for example in Spain and Greece, have grown since the coup.

"It is true that one can easily locate clusters of a post-coup Turkish diaspora in various cities," he said.

Emmanuel Virgoulay, founder of Barnes Spain, a real estate company, says he has noticed an uptick in Turkish buyers of real estate in Spain. Turks have become the third-largest group of foreign buyers of luxury apartments in Barcelona — and often these buyers tell Virgoulay one of the reasons for their move is the search for economic and political stability.

Buying real estate valued at more than 250,000 euros is one way to ensure a residency permit in some European countries such as Spain and Greece.

Mehmet Siginir, 39, a translator who had worked at publishing house in Turkey, fled to Madrid after the 2016 coup — he had translated Gülen’s books from Turkish into Spanish.

“I have no plans to go back to Turkey,” said Siginir. “Things are getting worse by the day."

Meanwhile, Siginir says he is too scared to approach a polling station abroad to vote — or return to Turkey. "But I would like to go back to visit the grave of my eldest son, who passed away a few months before the coup," he said. "He was only 9 years old.”

Still, of course, many Turks unhappy with the state of the country are determined to stay.

Bariş Bariştiran, 32, lost his job after the government shuttered his television station. He's trying to stay true to his mission regardless, in Turkey.

“I was born in this country and I love my country,” said Bariştiran, a member of the ethnic Kurdish minority from Van on the Iranian border. “Now, I try to do journalism through the internet, by any means. I want to keep defending the right to deliver information. We have technology today, we can do something. And the people have the right to access information.”

He didn’t fault those who left, however.

“Some of them have no other way out, the ones who are being persecuted,” he said. “I think they do the right thing if they leave. But for the rest, I think they should stay and fight.”

Update: This story has been updated to reflect the election victory of Turkish President Recep Tayyip Erdoğan.