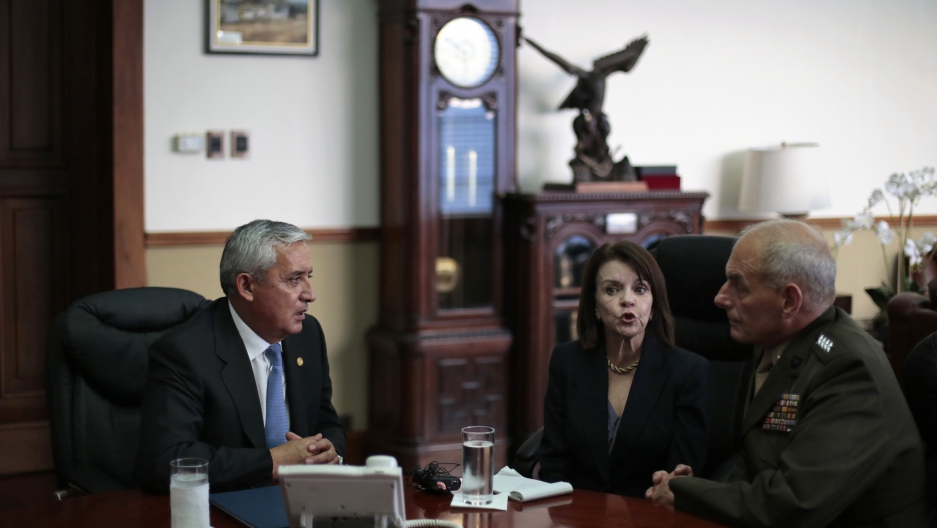 Gen. John Kelly, right, speaks with Guatemalan President Otto Perez Molina in 2013. Kelly spent the last four years of his military career as commander of the US Southern Command before his retirement in February. President-elect Donald Trump has selected him as director of homeland security.

There are many ways that President-elect Donald Trump has begun the process of doing exactly what he promised on the campaign trail vis-a-vis immigration. He’s chosen for his cabinet hard-liners on immigration and continued his tough rhetoric on who we allow into the US as refugees.

We’re reporting on many of these issues in Global Nation, but occasionally we will also highlight the things Trump has said or done that have the potential to alter the lives of immigrants in the US. This week, we learned more about who will be creating and implementing Trump’s policies, but we have not learned more about what those policies are. Here’s what you need to know.

From Gitmo to the borders: Retired Gen. John Kelly, who oversaw the detention center at the US military base in Guantanamo Bay, Cuba, has been named Trump’s pick to lead the Department of Homeland Security. Military Times has more on his background.

The department houses US Citizenship and Immigration Services, Customs and Border Protection and Immigration and Customs Enforcement (ICE), the major agencies that handle immigration issues and that detain and deport people from the US. Kelly will be in charge of implementing large parts of Trump’s immigration agenda, which could include increasing deportations and expanding the walls on our southern borders (which, famously, Trump has guaranteed Mexico will pay for).

Kelly is the recently retired head of the US Southern Command, which includes Central and South America and the Caribbean. He told Congress in 2014 (PDF) that he was working with ICE to “aggressively target criminal networks that traffic in special interest aliens and contraband throughout the region.” He also said that, without additional resources, it would be difficult to stop smuggling and deaths in a “mass migration event.”

That summer, when the mass migration of families fleeing violence in Central America began, he asked for more resources for the military to help stem the migration, and to reduce the amount of drugs and weapons being brought across the southern border. Defense One has a good explanation of the debate and Kelly’s position.

In March 2015, Kelly supported the Obama administration’s request for $1 billion in aid to Central America. “The cost of investing now to address Central America’s challenges is modest compared with the costs of letting festering violence, poverty, and insecurity become full-blown crises,” he said in a statement to Congress (PDF).

It’s also worth noting, as Alan Rappeport of the New York Times has, that it was at this time last year that Trump advocated for not allowing Muslims to enter the US. His press release read, “Donald J. Trump is calling for a total and complete shutdown of Muslims entering the United States until our country's representatives can figure out what is going on.”

On this day in 2015: Donald Trump called for "total and complete shutdown of Muslims entering the United States" https://t.co/jKYuZQER3W

But recent days have brought some, if small, signs of a softening of Trump's stance on immigration.

In Time magazine’s profile of Trump as “person of the year,” the president-elect offered some measure of support for those brought here as children who currently have temporary work permits and relief from deportation under Barack Obama’s executive action, Deferred Action for Childhood Arrivals.

“We’re going to work something out that’s going to make people happy and proud,” he told Time. “They got brought here at a very young age, they’ve worked here, they’ve gone to school here. Some were good students. Some have wonderful jobs. And they’re in never-never land because they don’t know what’s going to happen.”

Legal leader: Alabama Senator Jeff Sessions has been nominated as attorney general. Among his many powers, if confirmed (and it’s likely he will be confirmed with the support of Senate Republicans), will be oversight of the backlogged immigration court system. The attorney general appoints immigration judges and can, though rarely does, unilaterally overturn their decisions.

He could also choose which cases to investigate. Politico offers a good rundown of the immigration-related powers of the position.

Lawyers and advocates have expressed concern about Sessions’ views on immigration — he was mentored by the late Sen. Strom Thurmond, famous for being a segregationist, and was not confirmed as a federal judge in 1986 because he was accused of making racist statements. Sessions was adamantly against comprehensive immigration reform measures in 2013; in 2015, Sessions wrote a 25-page “immigration primer” that explains his opposition to the “Gang of Eight” immigration reform bill.

Instead of creating legal migration pathways, he advocates limiting all immigration — legal and illegal. “We need make no apology in rejecting an extreme policy of sustained mass immigration,” he writes (PDF). Alabama news site AL.com has more about Sessions’ political record.

For your health (and refugees): Rep. Tom Price, who Trump has tapped as his secretary of Health and Human Services, is mostly being analyzed for what he might do in the area of health insurance, but he could also a have a big role to play in immigration. HHS helps resettle refugees by providing resources for them once they are in the country.

They also help care for the thousands of children who have crossed the southern border alone, largely to escape violence in Central America. Almost 60,000 children crossed in the past year, according to Border Patrol. The nonpartisan National Conference of State Legislators has found that caring for these children has increased considerably over the past decade — in 2015, the cost of refugee resettlement was $1.5 billion — but it remains a sliver of the larger HHS budget. 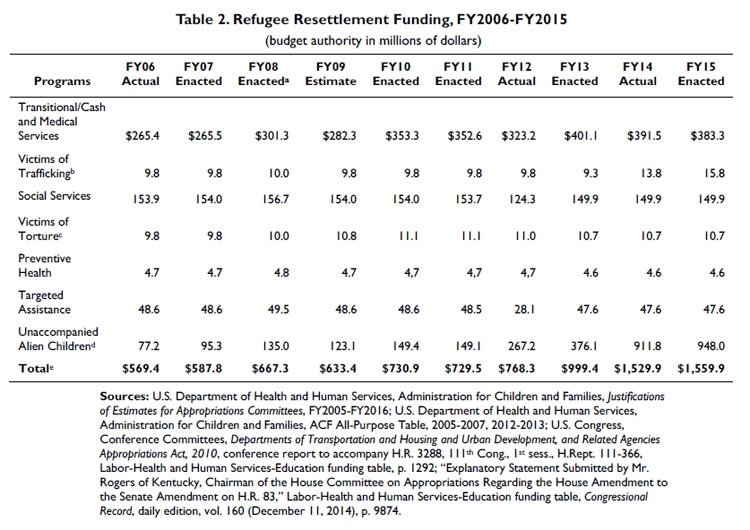 This Seattle Times report on Tom Price’s record on immigration issues is helpful. He has called for an end to the resettlement of Syrian refugees — the US is on track to admit some 10,000 Syrians, of about 5 million who have have been displaced by the conflict there. Price has also said that emergency spending on children who arrive in the US alone might be necessary, but that the Obama administration has been “unable or unwilling to articulate a competent strategy on how it hopes to restore the rule of law and prioritize security along the border,” thus fueling the crisis.

Many who have studied the issue, though, say Obama’s policies have little effect on people’s decision to send their children on dangerous journeys to the US. Fear and desperation are the main drivers, say parents who made the difficult decision when the crisis first began in 2014.

Desegregation — or not — in housing: Ben Carson at first said he did not want a position in Trump’s administration. The neurosurgeon, who ran against Trump in the GOP presidential primary, cited his lack of government experience as why he wasn’t an appropriate choice for the cabinet. He changed his mind, however, after Trump asked him to run the Department of Housing and Urban Development.

Carson has no housing policy experience, but he has criticized the Obama administration’s efforts to reduce housing discrimination and segregation in US cities.

The New York Times’ Upshot has a good picture of what he has said on issues of race and religion. In 2015, he said on Meet the Press that he didn’t think a Muslim should be president and that the religion is inconsistent with the Constitution. And he told a Mother Jones reporter that he doesn’t consider Islam a religion.

The Fair Housing Act was passed in 1968; in addition to barring most discrimination in housing, it also directed the government to “affirmatively further” integration, but severe racial segregation still exists in America’s cities. (A Brookings Institute study found that more than half of all black people in the 52 largest metropolitan areas would have to move in order for our cities to be integrated.)

The Obama administration last year attempted to address this second part of the FHA by providing cities with data about segregation and requiring them to come up with plans to address it. Carson, in charge of HUD, would be able to determine the degree to which the agency prioritizes this second part of the FHA. He would also oversee the Federal Housing Administration, which backs a huge share of financing for first-time homebuyers.

What did I miss in Trump immigration news this week? Start a conversation in the Global Nation Exchange discussion group on Facebook, tweet at us with the hashtag #globalnation or send me an email at ashah@pri.org.