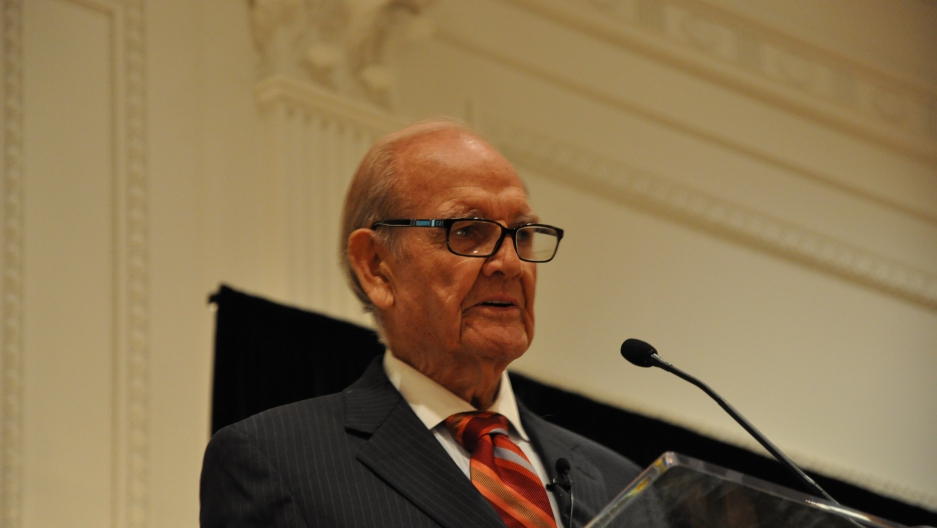 George McGovern died this weekend at age 90, some 40 years after his historic loss to Richard Nixon in the 1972 presidential election.

McGovern, an icon of liberalism, was a senator and representative from South Dakota, serving from 1957 to 1981. Princeton University professor Julian Zelizer said McGovern played a key role in changing the rules of politics conventions.

"After 1968, the Democrats setup a commission to reform the nomination process. And McGovern is a key figure heading up that commission," he said.

What resulted was a more diverse convention — one where the nomination was already settled through votes in the states, rather than through deals cut in smoke-filled rooms. It's the basic system that Americans recognize today as the primary election process.

That reform paid off for McGovern just four years later, when he became the first candidate from outside the Democratic Party machine, Zelizer said, to be nominated. But it wasn't easy.

"Democrats are really divided on issues like the draft, the Vietnam War and even on social policy," he said. "McGovern makes his famous speech, where he says 'We reject the view of those who say, America, love it or leave it. We reply, let us change it, so we can love it more.' And for many younger Americans, that's inpirational," Zelizer said.

But few people got to hear McGovern's speech live. In fact, McGovern didn't make his acceptance speech until 3 a.m.

"It's one of those quotes that goes down in history, but may not have had as much impact at the time," Zelizer said.

McGovern lost his election bid in a landslide, picking up only 17 electoral votes from Massachusetts and the District of Columbia — not even winning his home state of South Dakota.

Ultimately, however, his impact was far greater, most likely, than a one-term president, in that he helped to permanently alter how the U.S. chooses presidents. Republicans adopted the Democratic model a short time later.

"We have a system dominated by primaries and caucuses. The media got to play a much bigger role and, in some ways, it did make the system more wide open to a broader number of candidates than you had before," Zelizer said.