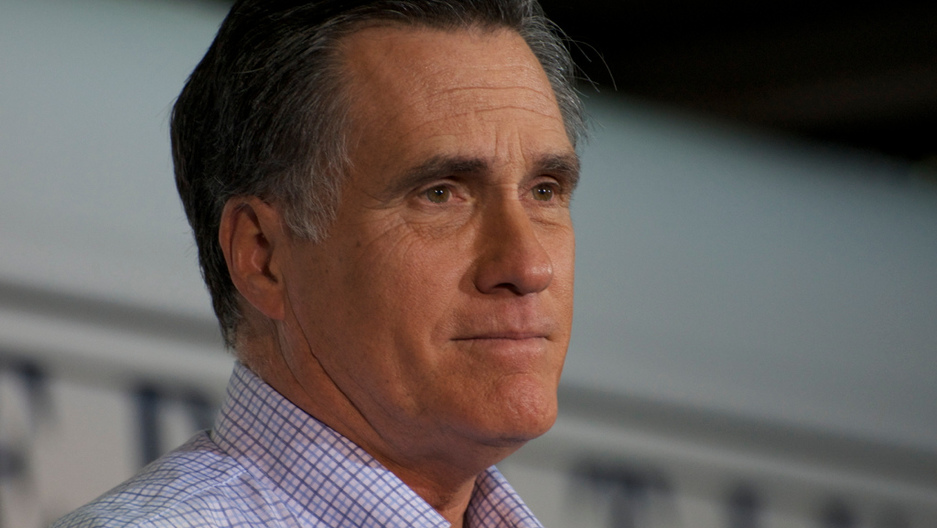 Republican presidential candidates like Mitt Romney are facing their final tests as the Iowa Caucuses approach on Tuesday. (Photo by WEBN-TV via Flickr, cc-by-sa.)

The story of the Tea Party this year has been "my way, or the highway."

First, there was the showdown over the debt ceiling. Then the showdown over tax cut extensions. There've been others. Many have thought that if the Tea Party-aligned voters didn't get the sort of candidate they could get behind out of Republicans, they wouldn't vote. Or they'd advance a third party candidate.

But Scott Rasmussen of Rasmussen Reports, a popular conservative pollster says that's not the case.

"Ninety percent-plus of them say they're going to vote for whomever the Republicans nominate," he said. "It's the more establishment Republicans who are saying if it's not our guy, we're not going to support the candidate."

In general, the Tea Party voters are unhappy with Washington, establishment Republicans, but Rasmussen said they're extremely unhappy with Barack Obama and want to see him out of office first and foremost.

Rasmussen said in his polling, it's seemed extremely unlikely that the establishment Republicans would virtually never got behind Ron Paul, though it's also unlikely they would have supported Herman Cain or Newt Gingrich.

"They weren't as electable," he said. "The Tea Party does say they want to have a candidate who articulates our views. More mainstream Republicans want to win election."

Rasmussen said probably four candidates will survive out of Iowa to stand for election in New Hampshire: Huntsman, Romney and Paul will almost all certainly survive for one reason or another. The fourth slot, he says is up for grabs between Rick Santorum, Newt Gingrich or Rick Perry.