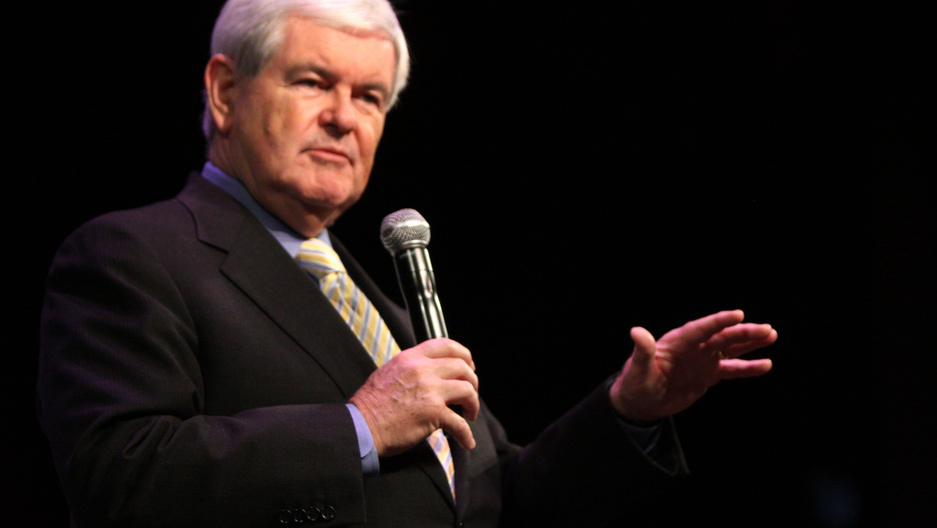 As the 2012 Presidential Election season approaches, with the Iowa Caucauses and New Hampshire primary election just a couple months away, the Republican field is shaking things up — again.

Newt Gingrich is now tied with long-time front-runner Mitt Romeny and climbing, Herman Cain is in third place and falling. In Iowa, where the first electoral vetting will take place, Romney, Cain and Gingrich form the top three.

And that's despite neither of them investing heavily in what is traditionally they key to victory in Iowa: grassroots organizing.

"This whole campaign has not operated the way we traditionally think of campaigns," said Jonathan Weisman, a politics reporter for the Wall Street Journal. "It's been a national campaign from the very beginning."

With Gingrich's ascendancy, Cain seems to be losing steam. He's been dogged by the sexual assault allegations, of course, but he's also had trouble staking out his position on issues. Weisman said he's fumbled issues on collective bargaining and abortion, as well as foreign policy. And that was before his awkward interview with the editorial board of the Milwaukee Journal-Sentinel, where he struggled to articulate whether he agreed or disagreed with President Barack Obama's decision to use limited force to remove Muammar Gaddafi.

"Herman Cain has shown repeatedly that foreign policy is just his achilles heel," Weisman said. "His rise is all based on his personality, but the spotlight is very unforgiving."

All along, Romney has been expected to win this race. And yet, different challengers seem to regularly rocket to the top of the list of contenders, as conservative voters try to find someone, anyone, other than Romney to support.

That's despite the fact that Romney is the only Republican who regularly defeats Obama in national polls.

"The Romney folks though their biggest competition was going to come from Rick Perry, but his campaign has really collapsed," Weisman said.

Weisman said there have been rumblings, perhaps wishful thinking, that a Jeb Bush, former governor of Florida and brother of former President George W. Bush, or Sarah Palin, former governor of Alaska and 2008 vice presidential candidate, will join the race, but that's unlikely.

So far, Paul insists he won't be running as an independent.