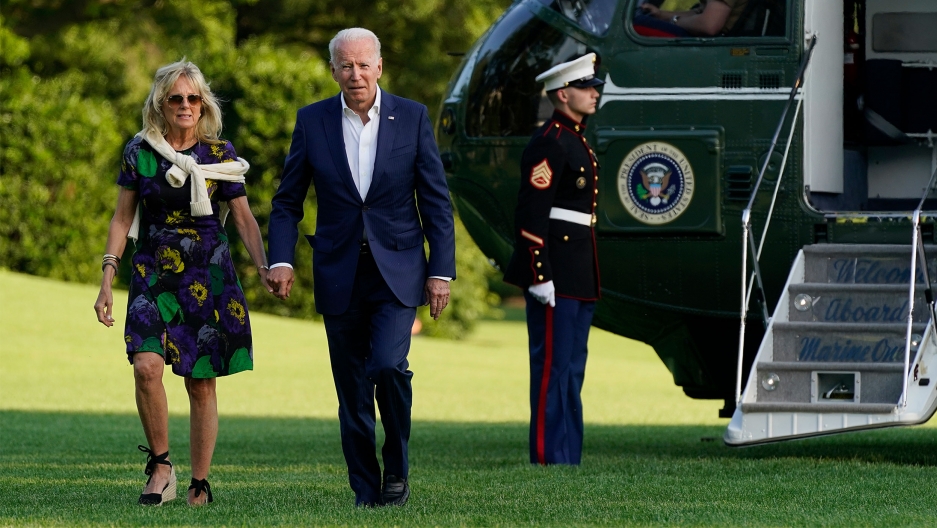 President Joe Biden and first lady Jill Biden walk on the South Lawn of the White House after stepping off Marine One, June 27, 2021.

US airstrikes in Syria and Iraq
The US has conducted airstrikes targeting Iran-backed militia groups near the border between Iraq and Syria in what Pentagon officials characterized as “defensive.” The airstrikes marked the second time the Biden administration has taken military action in the region. They were in response to alleged drone strikes against American personnel in Iraq and targeted "operational and weapons storage facilities" used by the Kata'ib Hezbollah and Kata'ib Sayyid al-Shuhada militias at two locations in Syria, and a third location in Iraq.

Canada heat wave
Canada recorded its highest temperature ever on Sunday as the village of Lytton in British Columbia hit almost 115 F, breaking an 84-year-old record. The scorching heat wave, a "heat dome" of high pressure in the west of Canada, stretches far south into the Pacific Northwest where other temperature records are breaking. Meanwhile, US track and field trials taking place in Oregon were halted because of the heat.

UNHCR racism
The UN High Commissioner for Human Rights (UNHCR) called for a dismantling of systemic racism in a report on Monday. UNHCR head Michelle Bachelet, in a report sparked by the killing of George Floyd, urged countries to end racism against people of African descent and recommended reparations. “I am calling on all states to stop denying, and start dismantling, racism …” Bachelet said.

Pedro Molina's fight for fair elections in Nicaragua through cartoons 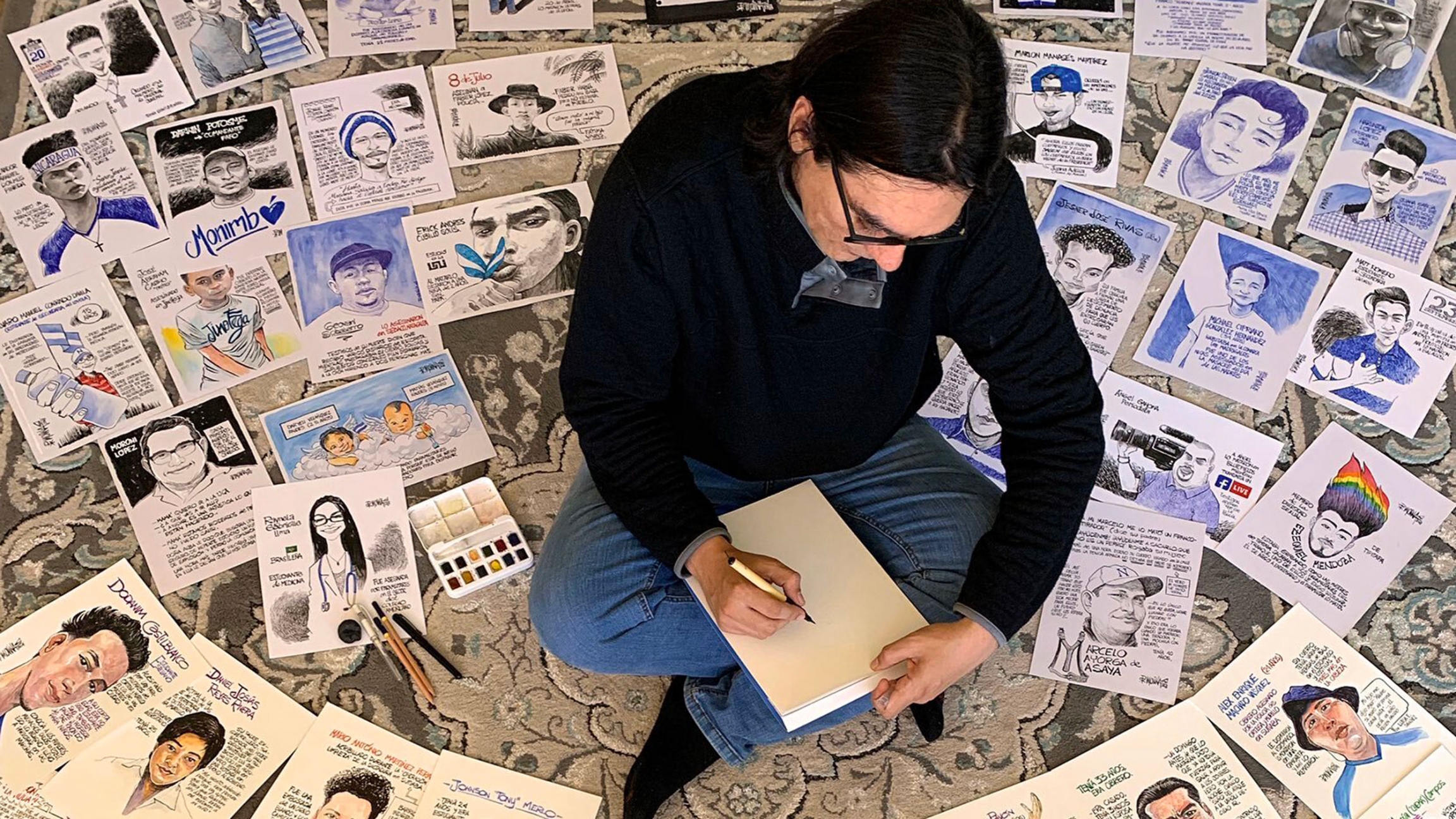 Nicaraguan political cartoonist Pedro Molina, surrounded by his drawings, is living and cartooning in exile in Ithaca, New York.

Nicaraguan political cartoonist Pedro X. Molina wants to see fair elections. Living in exile in Ithaca, New York, Molina fled Nicaragua during a government crackdown on the press in 2018. In his fight for democracy, he routinely draws about the government of Daniel Ortega, posting cartoons online in Confidencial, an independent media outlet in Nicaragua.

Colombia loosens COVID restrictions to save the economy as deaths soar 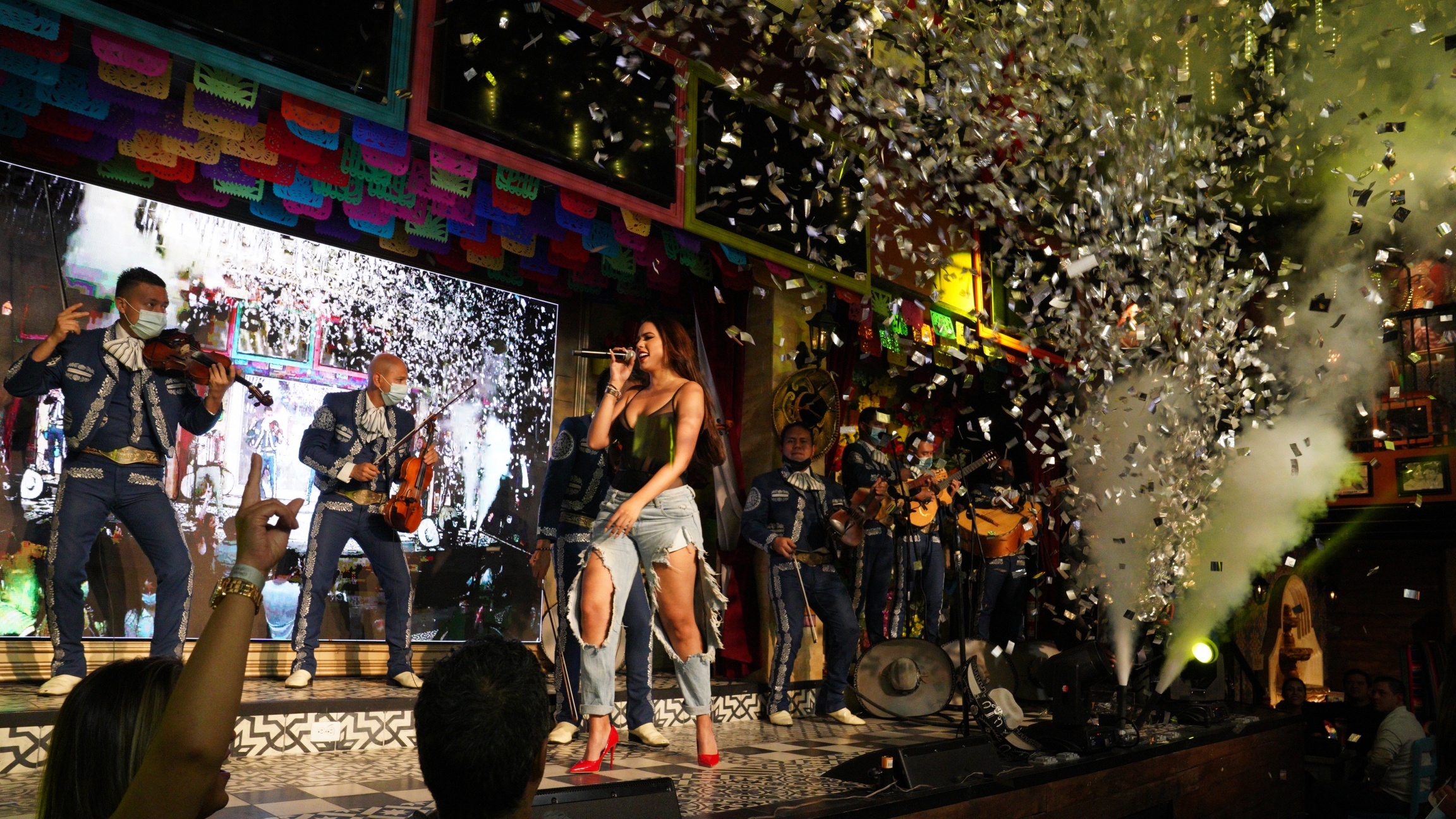 A mariachi band plays at the Plaza MX nightclub in Bogotá, June 11, 2021. The club was forced to close for much of last year, but was finally allowed to open fully in June as Colombia's government tries to restart the economy.

As in the US and Europe, Colombia is lifting most restrictions in a bid to bring back jobs, but the move comes even as COVID-19 death rates climb. Only 10% of Colombia's population is fully vaccinated. Despite the low inoculation level, people are returning to nightclubs and other crowded public spaces. Opening the economy under these conditions is risky, but officials say they’ve run out of options.

The Tour de France announced it plans to sue a woman who officials say caused a massive crash during the event by stepping into their path on Saturday. The still unidentified spectator was holding a giant sign that clipped off a cyclist during the first part of the race, bringing down other cyclists behind him. 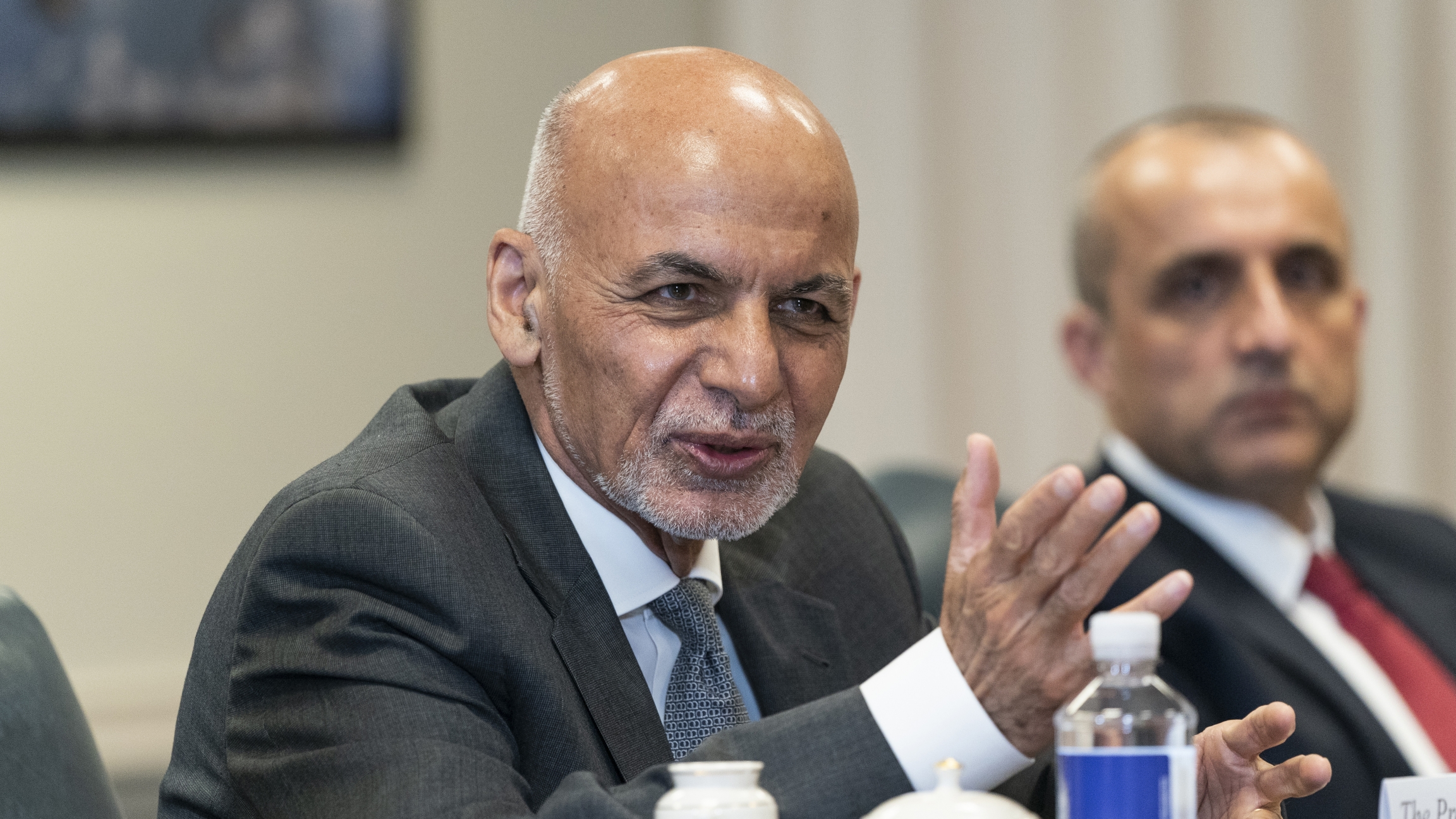 Afghan President Ashraf Ghani, left, speaks before a meeting with Secretary of Defense Lloyd Austin at the Pentagon in Washington, June 25, 2021.

An Afghan government delegation, including President Ashraf Ghani, is on a two-day visit to Washington, DC. Their message: Don’t leave Afghanistan to the Taliban. And, US Vice President Kamala Harris made her first trip to the US-Mexico border since taking office. Also, Nicaraguan political cartoonist Pedro X. Molina wants to see fair elections. He’s been living in exile in Ithaca, New York, and fled Nicaragua during a government crackdown on the press in 2018.