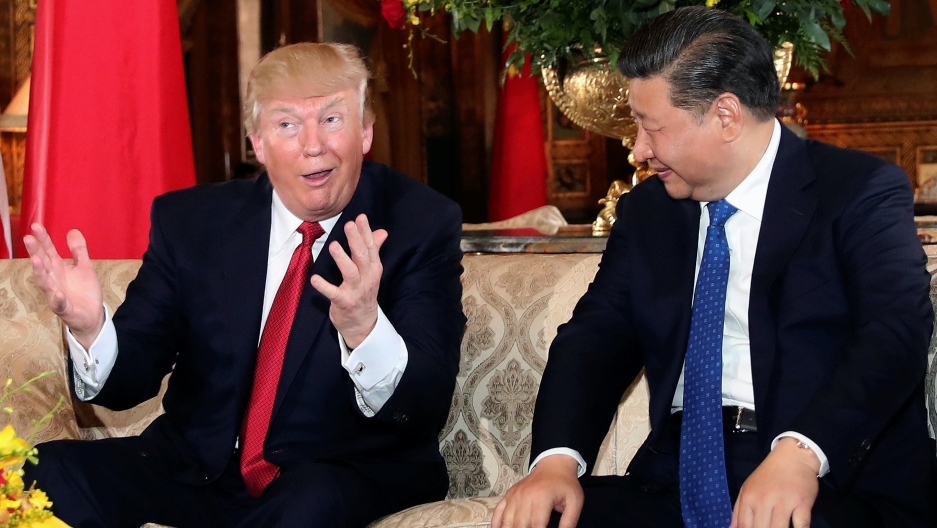 Throughout the presidential campaign, China has been a hot topic as each candidate tries to prove how tough they’ll be on the Chinese government.

At Tuesday night’s presidential debate, China will almost certainly come up. Chinese people are paying close attention. Here are a handful of reactions from people in China who shared their views with The World:

Trump's leadership style, for and against

Alex Dai, a Shanghai businessman and LGBTQ activist, may be paying attention more than most. He says that in the past month, he’s attended 21 talks explaining America’s electoral process. Dai says attending these talks has helped him to get more context for what’s going on in the US that he can’t get from mainstream Chinese news.

“Right now, the relationship between the US and China is tense, or at least that is what we read in our media. We hope that through the election the situation can improve.”

“Right now, the relationship between the US and China is tense, or at least that is what we read in our media. We hope that through the election the situation can improve,” he said.

Dai says he worries about Biden’s age. He likes Trump’s leadership style and also the pressure he puts on China.

“I admire his ability to boost the economy,” he said. “He has a unique style, he uses a very humorous way to manage the country because he’s not a politician. He’s very interesting, and his management style is very different.”

For every Chinese person who likes Trump, it seems like there’s one who really doesn’t.

“I don’t know much about Biden, but Trump, I feel, is a joke,” he said. “His policies and his personal behavior don’t fit with our idea of a president or a leader. He just says whatever he wants.”

Opinions about which candidate would be better for improving US-China relations are mixed.

Who is better for US-China relations?

Guo Hanfang runs an educational consultancy in Shanghai. Five years ago, she took some students to Iowa to observe the campaign process. They met Bernie Sanders and Hillary Clinton and even volunteered for some candidates. This year, with US-China relations in the news, the upcoming elections are on her mind.

“Most of the Chinese believe if Trump will continue as president, our relationship will be bad. But if Biden will be the president, China and the USA will be with a better relationship,” she said.

Guo and her former classmate have a bet on the election results.

“I bet on Trump,” she said. “I personally don’t like Trump, but I think he will win.”

She holds out hope though that if Trump wins, he’ll soften his stance a bit.

“Trump still is a [businessperson],” she said. “He wants to be a great president. He has to do some achievement, so after the presidential campaign, maybe he [shifts] his task to build the economy more than [having] conflict with China.”

Guo says that the people she knows who have the most at stake are parents who want their kids to study in the US.

Dreams of attending US schools at stake

One of them is Helen Gong. Her tailor shop makes custom-made suits and before this year, business was so good, she could afford to send her 17-year-old son to the same private school as some of her high-end clients. She was planning on sending him to college in the US next year. Now, she’s having second thoughts. She says her decision will likely be influenced by who wins in November.

“Biden seems more steady and predictable to me. He’s more concerned with the people’s welfare,” she said. “At least he’ll try to find a peaceful resolution. We don’t wish there to be a war. It’s bad for all of us ordinary folks.”

Experts in China think a full-fledged war is unlikely, but they are worried that the relationship between the US and China could continue to go downhill.

Wei Zongyou is a professor of international relations at Fudan University in Shanghai. He says it’s naive to assume either Trump or Biden will ease up pressure on China.

“Neither wants to be seen as weak on China. So, I think whoever wins in the general election the US-China relations will face an uphill journey,” he said.

But Wei thinks a Biden presidency might be preferable in Beijing.

“Biden’s style is very different from Trump’s. If the Biden team doesn’t push China into a corner, maybe they leave some room for face-saving, then maybe China is more willing to make some concessions on economic issues or other issues.

“Biden’s style is very different from Trump’s,” Wei said. “If the Biden team doesn’t push China into a corner, maybe they leave some room for face-saving, then maybe China is more willing to make some concessions on economic issues or other issues.

Shen Dingli, also a professor of international relations at Fudan, isn’t sure it matters who wins.

“The issue is that China is likely to replace the US to be the dominant power in the world in 10 years, [so] whoever is elected would have … [to do] his or her best to stop China. So, the election would make [no] change.”