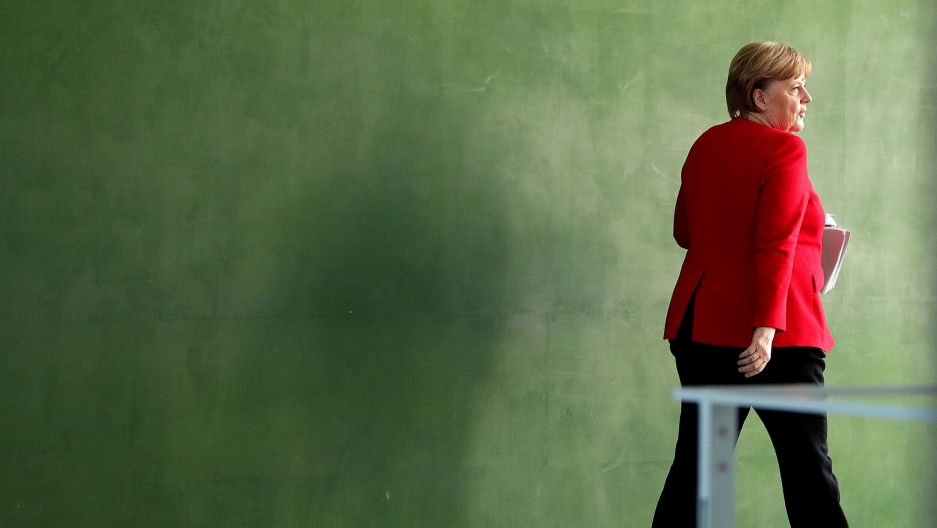 German Chancellor Angela Merkel walks prior a news conference after an online meeting with German state governors on the loosening of the restrictions to reduce the spread of the coronavirus, in Berlin, Germany, May 6, 2020.

German Chancellor Angela Merkel delcared an end to the first phase of the novel coronavirus pandemic in the country. But along with easing measures, she launched an "emergency brake" mechanism that allows for renewed restrictions if cases pick up again. Cases in Germany are falling, but there are fears of a second wave before fall.

Meanwhile in the US, the Trump administration has shelved CDC guidelines for reopening, putting the onus on states to make such decisions. But most of the states reopening fail to meet federal guidelines anyway — and case counts are trending upward.

And, black men and women in England and Wales are nearly twice as likely to die from COVID-19 as white people, when accounting for health and location, the UK Office for National Statistics reported. People from South Asian communities also face a significantly higher risk, and the UK has launched a government review to investigate the huge disparity.

And: The killing of Ahmaud Arbery, an unarmed black jogger in Georgia, explained

After months of gridlock, Iraq has a new prime minister. Mustafa al-Kadhimi, a former intelligence chief and journalist, will replace Adel Abdul Mahdi, who resigned last year. Kadhimi, a consensus candidate who has acceptance from both the US and Iran, comes to power as Iraq faces a slew of challenges — an economic crisis and popular protests, in addition to the coronavirus pandemic.

Killed by drones: A family waits for answers as US reviews airstrikes in Somalia

US operations against terrorist groups in Somalia have continued to escalate, bringing with them new allegations of civilian casualties. For years, human rights groups have been sounding the alarm about civilian harm caused by counterterrorism operations in Somalia. Transparency about US activities in Somalia is complicated by the fact that the full footprint of US military presence in Africa at-large is unclear, and suspected Central Intelligence Agency and special operations go unaccounted for.

And: Hundreds injured and 13 dead in Indian gas leak

Organizers fight on another front line of coronavirus: Hunger

Across the US, formal and informal networks have mobilized to confront a sudden, intense crisis: hunger among millions of immigrants and refugees. Food supply lines have been disrupted, food banks are running low, unemployment is high, and many families are hungry. Activists are helping as fast as they can.

The Navajo Nation, which spans Arizona, New Mexico and Utah, is among the hardest hit by the pandemic in the US. But federal funds to support Diné and other tribal governments have been slow in coming; the US Treasury announced Tuesday it would begin disbursing the $8 billion allocated to tribes, more than a month after US President Donald Trump signed the CARES Act. But many Irish have stepped up in the interim, donating to US tribes in honor of help received during the potato famine.

From The World's archives: The Choctaw of Oklahoma stepped up to help the Irish during the potato famine

Research on whales, cosmos among many studies derailed by pandemic

All over the world, the scientific community is feeling the impact of the coronavirus, both in the field and in the laboratory. In some cases, research has been paused or discontinued. For others, it means changing plans — staying put instead of going abroad, or not being able to return home. Still, there have been some science success stories, even in the midst of all the delays and interruptions.

From The World: Canada closes most of its great outdoors to curb COVID-19

Also from The World: Inside the global network of scientists racing to curb the spread of coronavirus 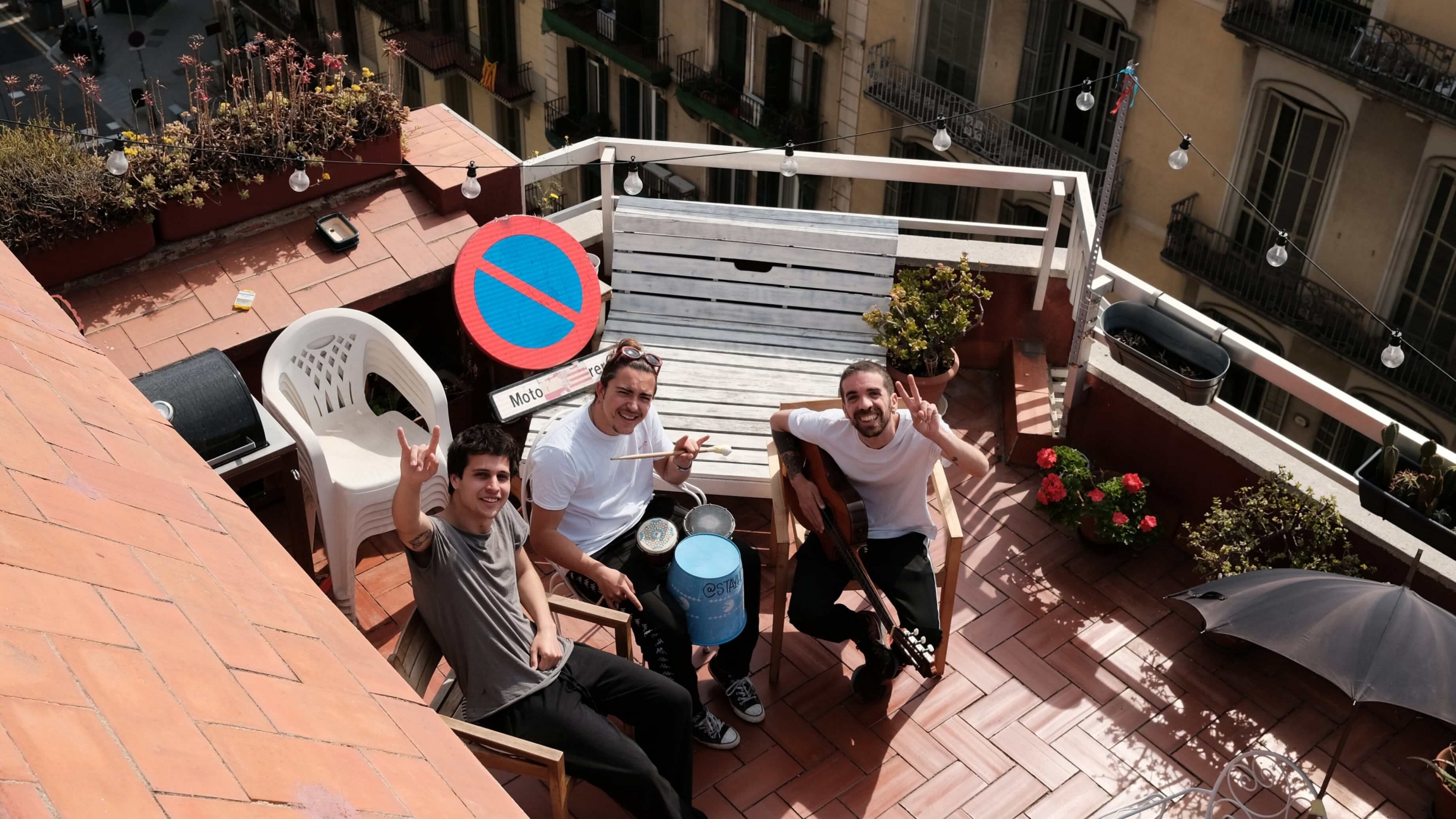 Stay Homas, a band of three roommate musicians in Barcelona, Spain, perform songs from their rooftop to get us through our COVID-19 "confinement blues."

For the past six weeks, three musician roommates in Barcelona have been getting people through their confinement blues through originally written songs about the pandemic. They've become an overnight sensation. Now, after six weeks and 24 songs, they have hundreds of thousands of followers from all over the world — even Canadian singer Michael Bublé covered one of their tunes.

We wants it, we needs it: Settle in for second breakfast and elevenses as Gollum actor Andy Serkis gives a continuous live reading of The Hobbit online Friday. "Sméagol always helps, if they asks — if they asks nicely."

I want to take you on one of the greatest fantasy adventures ever written. Join me for a 12-hour armchair marathon reading of “The Hobbit”, in aid of two amazing charities which are doing extraordinary work right now to help those most in need@NHSuk @bestbeginnings #hobbitathon pic.twitter.com/q8qIO3diPT

Listen: Are the US and China at a crossroads? 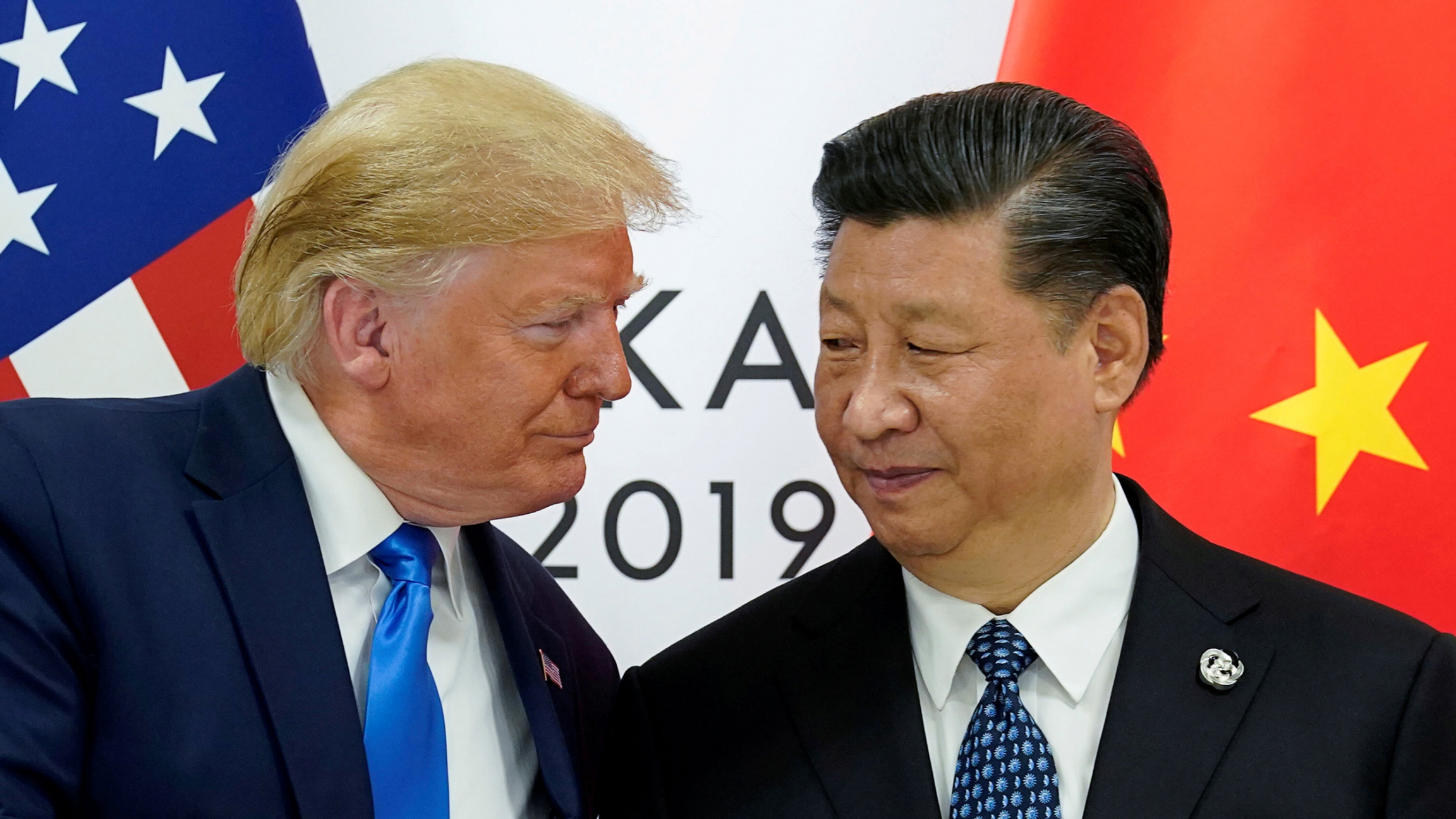 US President Donald Trump and China's President Xi Jinping are shown at the start of their bilateral meeting at the G20 leaders summit in Osaka, Japan, June 2019.

Relations between Beijing and Washington have long been rocky. But now many leaders in both capitals see a more serious rupture as inevitable or even desirable. And, across the US, various groups have mobilized to confront the sudden, intense crisis of starvation among immigrants and refugees. Also, Scottish virologist June Almeida identified the first coronavirus in 1964. But her work in the field has gone largely unrecognized until the current novel coronavirus pandemic.