Fathi Jabari owns a little souvenir shop along a stone alleyway in Jerusalem’s Old City. A Muslim, he prays at al-Aqsa mosque, one of the holiest places in Islam, four to five times per day. But on Sunday, he wasn’t allowed in the building. The Islamic religious authorities that administer the site closed it to ward against the spreading of the coronavirus. Instead, people worshipped outside.

Now, Jabari is wondering if this measure is enough, as people still prayed shoulder to shoulder. Sitting outside his shop, he debated with a friend: Should they practice social distancing in prayer?

“With the coronavirus, we must be separate,” he said. “It is better.”

Related: Life goes on in Greek refugee camp amid diplomatic tensions and pandemic

Down the corridor at the Western Wall, where Jews have prayed for many centuries, daily worship has also changed. Normally at this time of year, the plaza in front of the Western Wall is packed. The Jewish holiday of Passover starts in about three weeks. But now, the area is cordoned off into small sections with yellow tape; people are not allowed to congregate in groups larger than 10 within each subsection.

At the Western Wall plaza, Christian tourists said the restrictions have actually made their visit easier. There are no big crowds at the best-known holy sites.

“It is really like God has had favor on us because we have been one step ahead of everything. Every place we have wanted to go we have been able to get to — and then the next day it’s closed.

“It is really like God has had favor on us because we have been one step ahead of everything,” said Steve Baucom, from Portland, Oregon. “Every place we have wanted to go we have been able to get to, and then the next day it’s closed. 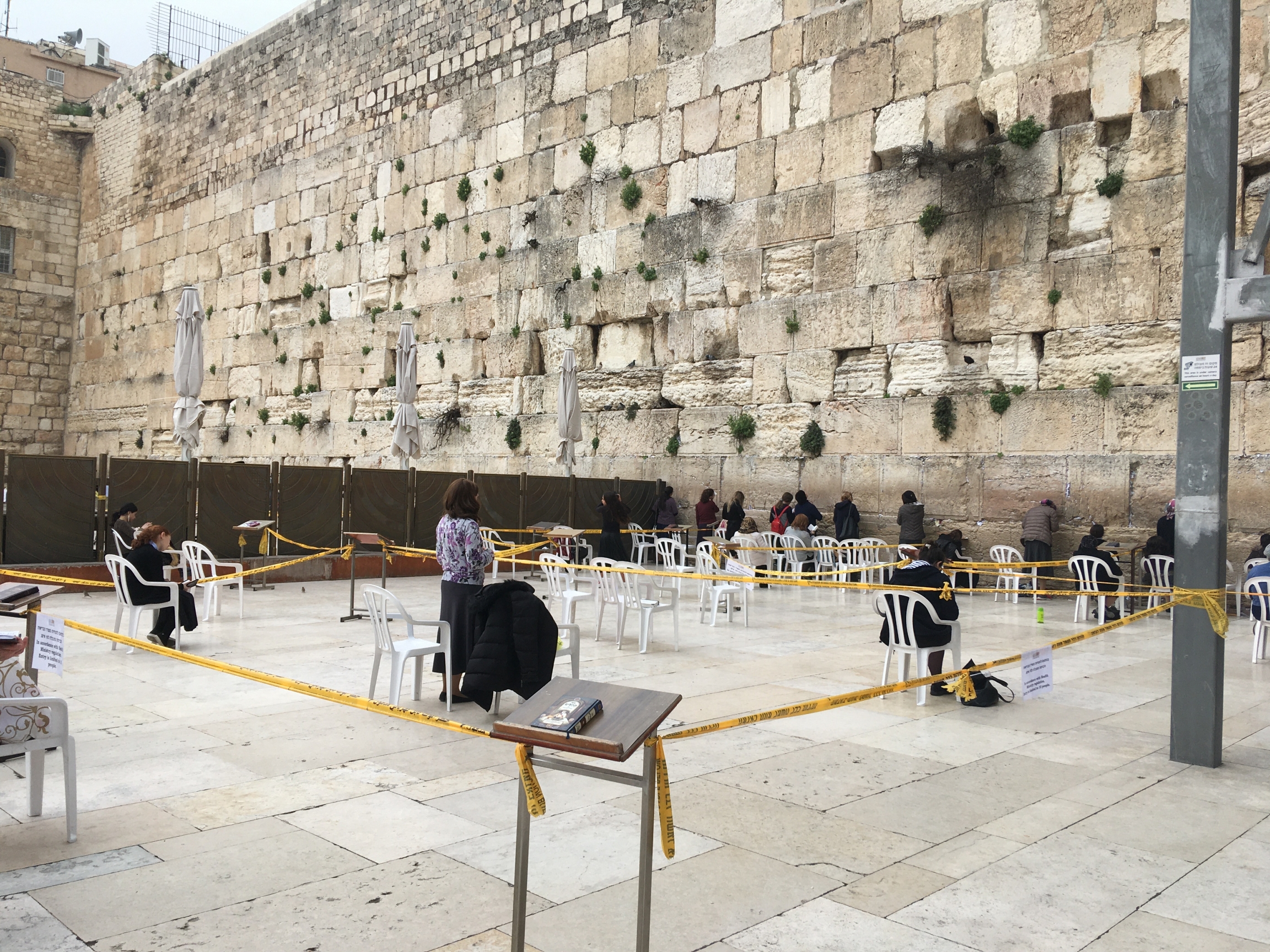 At the Western Wall, prayer is cordoned into sections. Only 10 people at a time may worship in each subsection.

He also said he’s praying for those hurt by the coronavirus. “We are asking for God’s protection for all the people about this virus, and we believe that Jesus is the antidote to that.”

In the separate section for women at the Western Wall, a young woman passed out green pieces of paper with a “prayer to be saved from coronavirus.” A bride in a glittering wedding dress walked up to the wall and placed her hands on the ancient stones.

Related: 179 countries have paid sick leave. Not the US.

Idiet Tedgi’s wedding was supposed to host 400 people, but now the guest list has dwindled to 10 because of government orders. Still, she felt she had to come to the Western Wall. She said she’s aware of the coronavirus risks, but wasn’t afraid of putting her hands on the stones.

“When you go to your father and ask him for something, you don’t think he’s going to do something bad to you. Because it’s your father. You trust him, and he loves you.”

“When you go to your father and ask him for something, you don’t think he’s going to do something bad to you,” she said. “Because it’s your father. You trust him, and he loves you.” 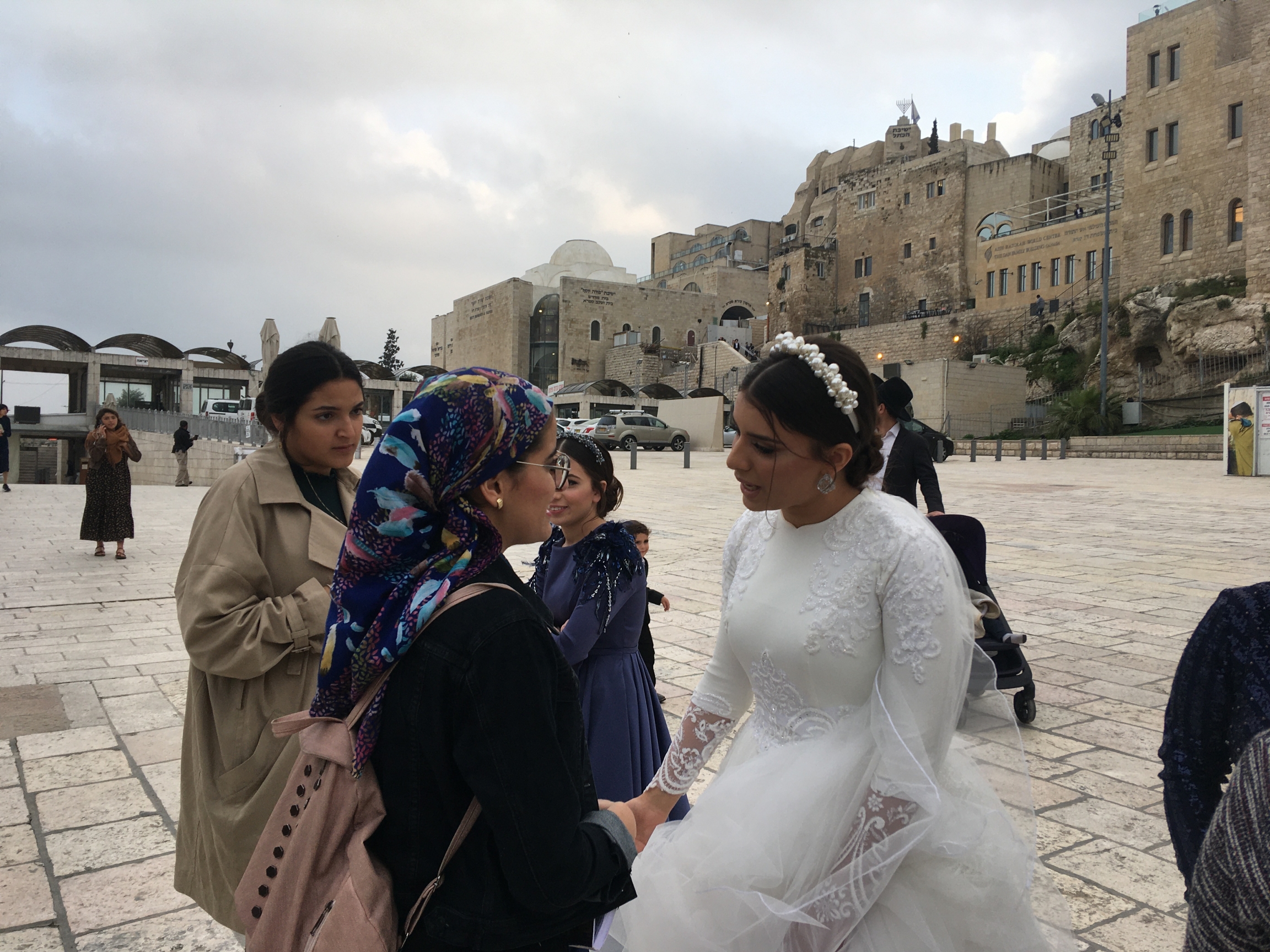 Idit Tedgi gets close to other worshippers to offer blessings on her wedding day.

But the virus is making other people here cautious. Meir Shem Tov is from New York. He relocated his family to Israel temporarily because he says Israel is doing a better job of combating the virus than the US.

“We will not touch the wall. I already told them, ‘We will get close to the wall, we are not going to catch the disease by standing near the wall.’”

“We will not touch the wall,” he said, with three of his four children next to him. “I already told them, ‘We will get close to the wall, we are not going to catch the disease by standing near the wall.’”

Nearby is the Church of the Holy Sepulchre, an important Christian pilgrimage site. It’s one of the few historical churches that has remained open in the Holy Land as access to Bethlehem is restricted because of the virus.

Inside the entrance of the church, there’s a stone slab that’s said to be where Jesus’ body was prepared before being placed in the tomb. Usually, people are crowded around here; some even kiss the stone. Today, there’s hardly anyone in sight. 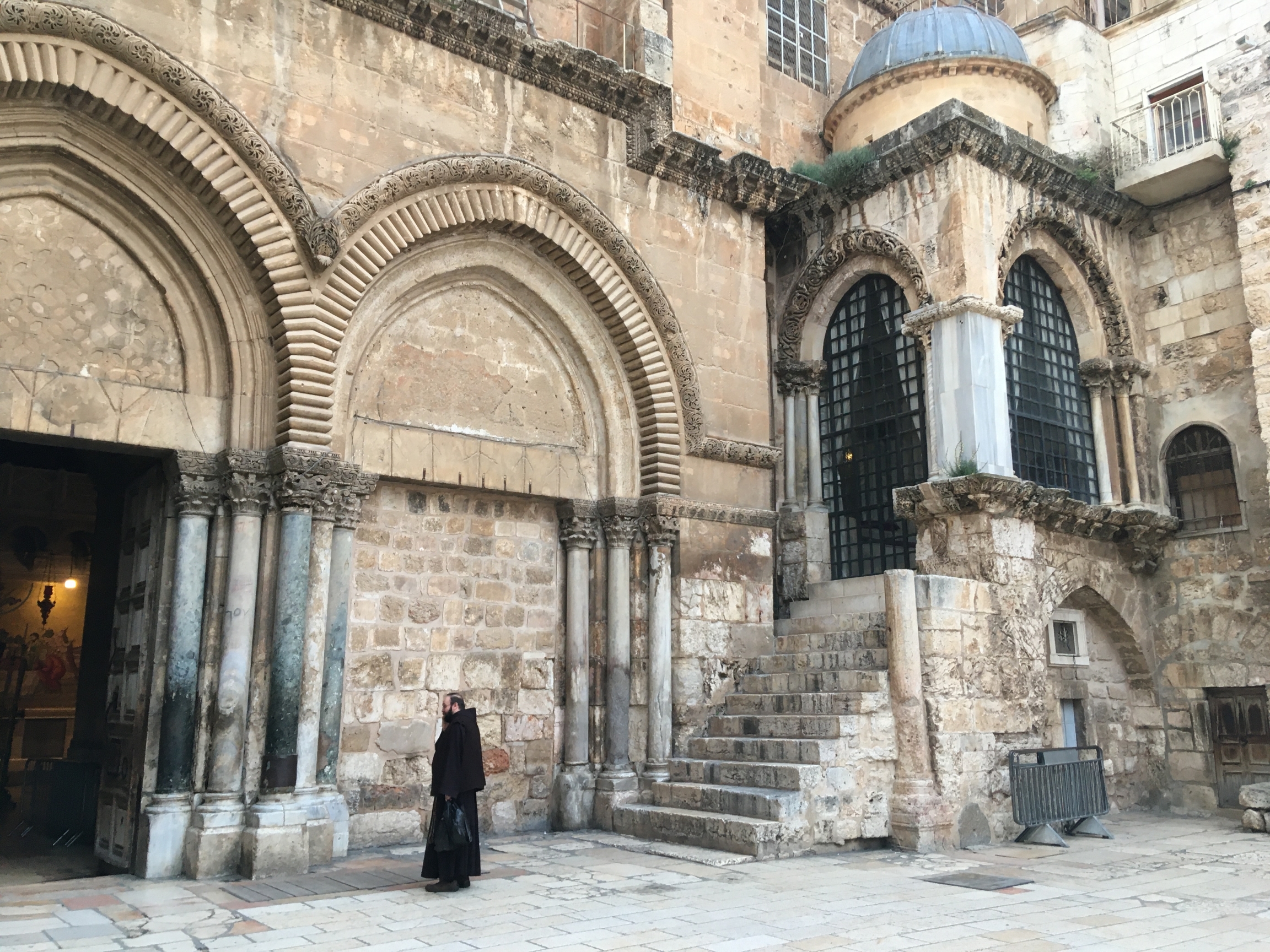 The Church of the Holy Sepulchre was mostly empty on a recent Sunday.

Nidene Pillay, a Christian tourist visiting the church from South Africa, said that she has faced suspicious attitudes from locals over the coronavirus. She chalks it up to paranoia.

“I guess it’s because it is all over the news.”

But Jabari, the shop owner in the Muslim Quarter, said the virus offers the opposite message: It’s something that people around the world now have in common.

“This coronavirus makes the world as a small village,” he said. 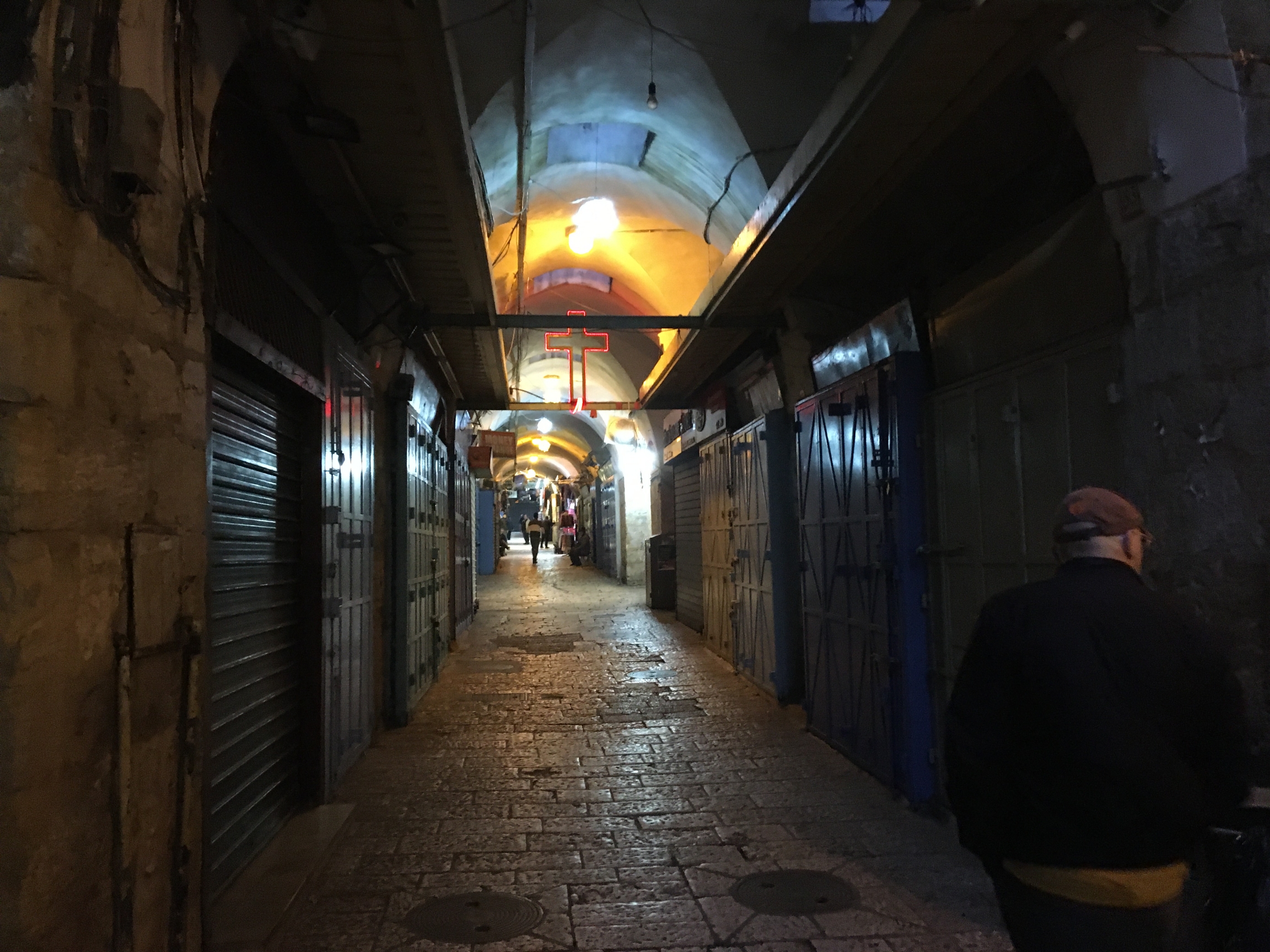 The Christian Quarter of the Old City, where shops are shuttered.