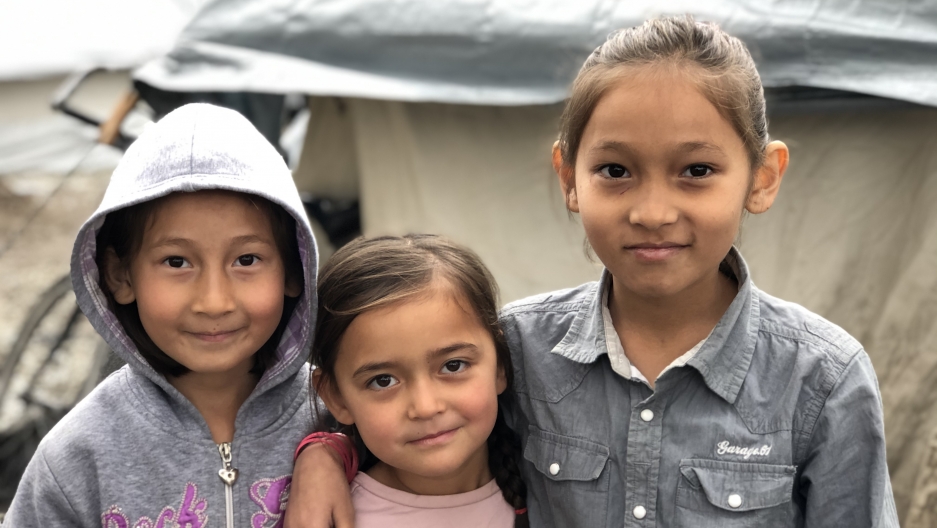 10-year-old Zohre, left, an asylum-seeker from Afghanistan, told The World being in Moria camp on the Greek island of Lesbos is "like hell." She hopes to become a doctor one day.

As a political standoff over migrants between Turkey and the European Union enters its third week, those arriving in Greece via the Turkish border are being held as detainees in makeshift camps. The Greek government won’t let them apply for asylum — at least for now.

But even before the standoff began, tens of thousands of migrants were already stuck on the Greek islands for months — or years — waiting for their asylum applications to be processed. Some 20,000 are staying in a camp built for 3,000 on the island of Lesbos, located about six miles from the Turkish coast at its nearest point. They cannot leave the island until their cases have been processed.

The camp, called Moria, used to be a Greek military base. But in 2015, people started arriving on Lesbos’ shores in inflatable rafts — and Moria was turned into a refugee camp. Many came from Syria and elsewhere in the Middle East, and others came from North Africa and Southeast Asia. 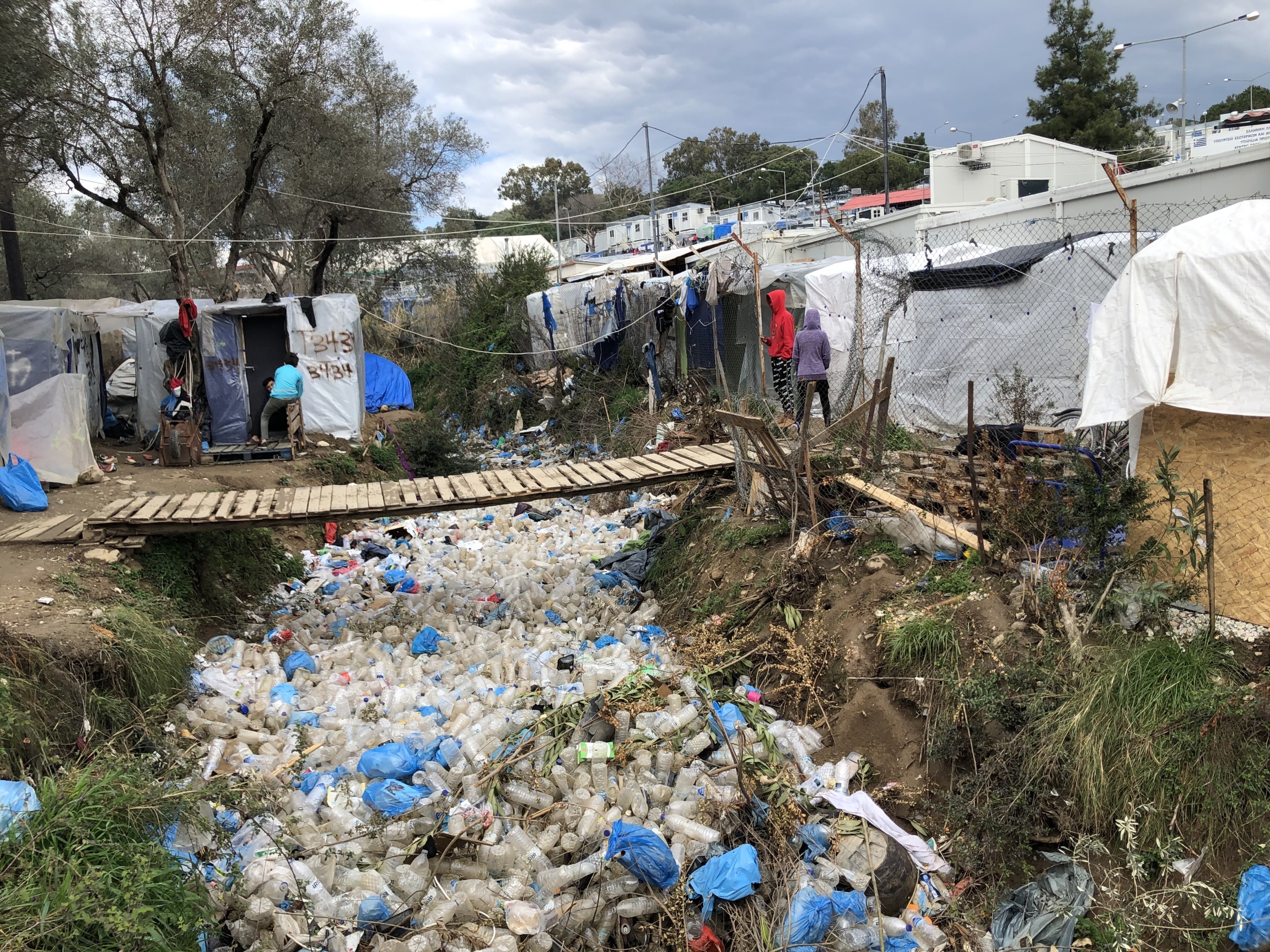 Garbage is strewn between tents in Moria, an overcrowded refugee camp on the Greek island of Lesbos.

A school for Lesbos’ refugees burned down last week as tensions flared among Greeks who wanted the camps closed and the refugees and migrants moved off the island. Police are still investigating its cause. There’s been a series of attacks against migrants and aid workers here in recent weeks.

Related: This beloved school gave migrants on Lesbos an escape. A fire reduced it to rubble.

For most people stranded in Lesbos, the future is uncertain — even more so now because of the COVID-19 pandemic. Aid groups told The World there are no confirmed cases of the novel coronavirus in Lesbos’ refugee population. However, fears were sparked by a single case of the virus on the island of Lesbos.

As tensions between Greece and Turkey flared, the NGOs operating inside Moria, which provide health care and other services, have been asked to put most of their operations on hold. And many advocates are worried this means the tens of thousands of people stranded in Lesbos’ camps will be left to fend for themselves.

But amid diplomatic tensions and a public health pandemic, life goes on in Moria camp.