As far as polling places go, Mike’s Place is pretty hip. It’s an American-style sports bar that overlooks the beach in Tel Aviv, Israel. Budweiser, burgers and hot wings are all on the menu.

But on Super Tuesday, people came for a slice of American democracy.

Democrats Abroad Israel ran an event at the bar where American citizens could cast ballots in the 2020 primary. Rachel Gutman took hers into a booth and marked it for Massachusetts Sen. Elizabeth Warren.

Gutman was born in Philadelphia and has lived in Israel for almost 20 years. But she always votes in US elections.

“My whole family is in the US, and I feel very connected. I might like to go back someday.”

“My whole family is in the US, and I feel very connected,” she said. “I might like to go back someday.”

Gutman said American foreign policy toward Israel is a big issue for her. And that’s exactly why US citizens abroad need to turn out and vote, said Bob Golub, the organizer of the Democrats Abroad event in Tel Aviv. 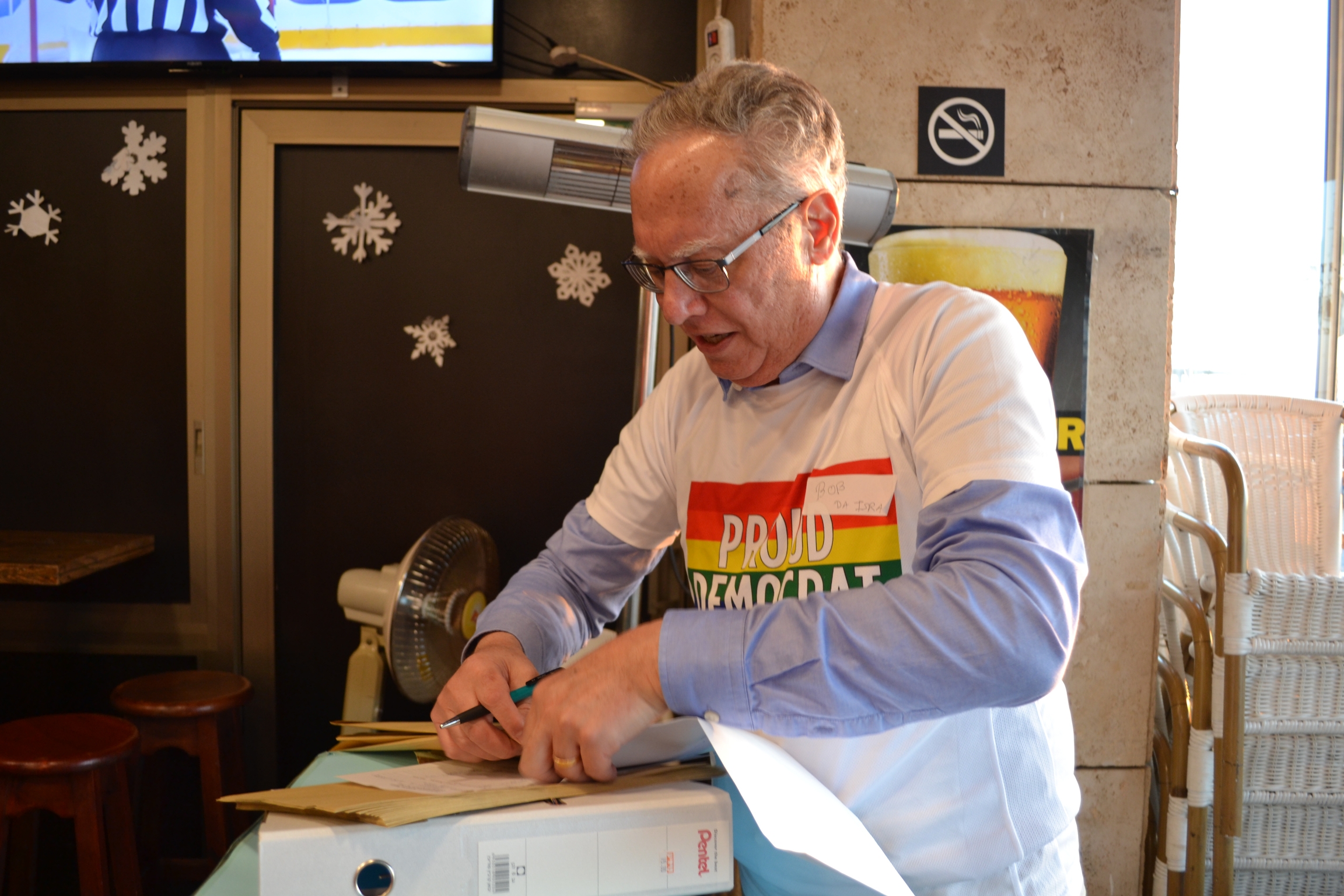 Bob Golub gets ready to deliver the vount count to Democrats Abroad Israel.

“Those of us who are concerned and disappointed and distressed with the current inhabitant of 1600 Pennsylvania Avenue who want to see a change need to be involved in the process,” he said. “Things that the current president does has a direct impact on us here in Israel, as well.”

President Donald Trump has made some huge changes to American policy on Israel. He moved the US Embassy to Jerusalem, cut aid to the Palestinians and released a peace plan that align closely with Israel’s right-wing government’s ideas.

Some voters at Mike’s Place said they’re troubled by all of that. Ariel Bernstein is a 26-year-old Tel Aviv University student who was born in Israel and got US citizenship through his American mother. He said his service in the Israeli military made him start to question US support for Israel.

“I went to the army for three years, and I was also in a combat unit,” he said. “I realized that a lot of the ongoing, never-ending conflict has to do with the unconditional support that we get from outside.” 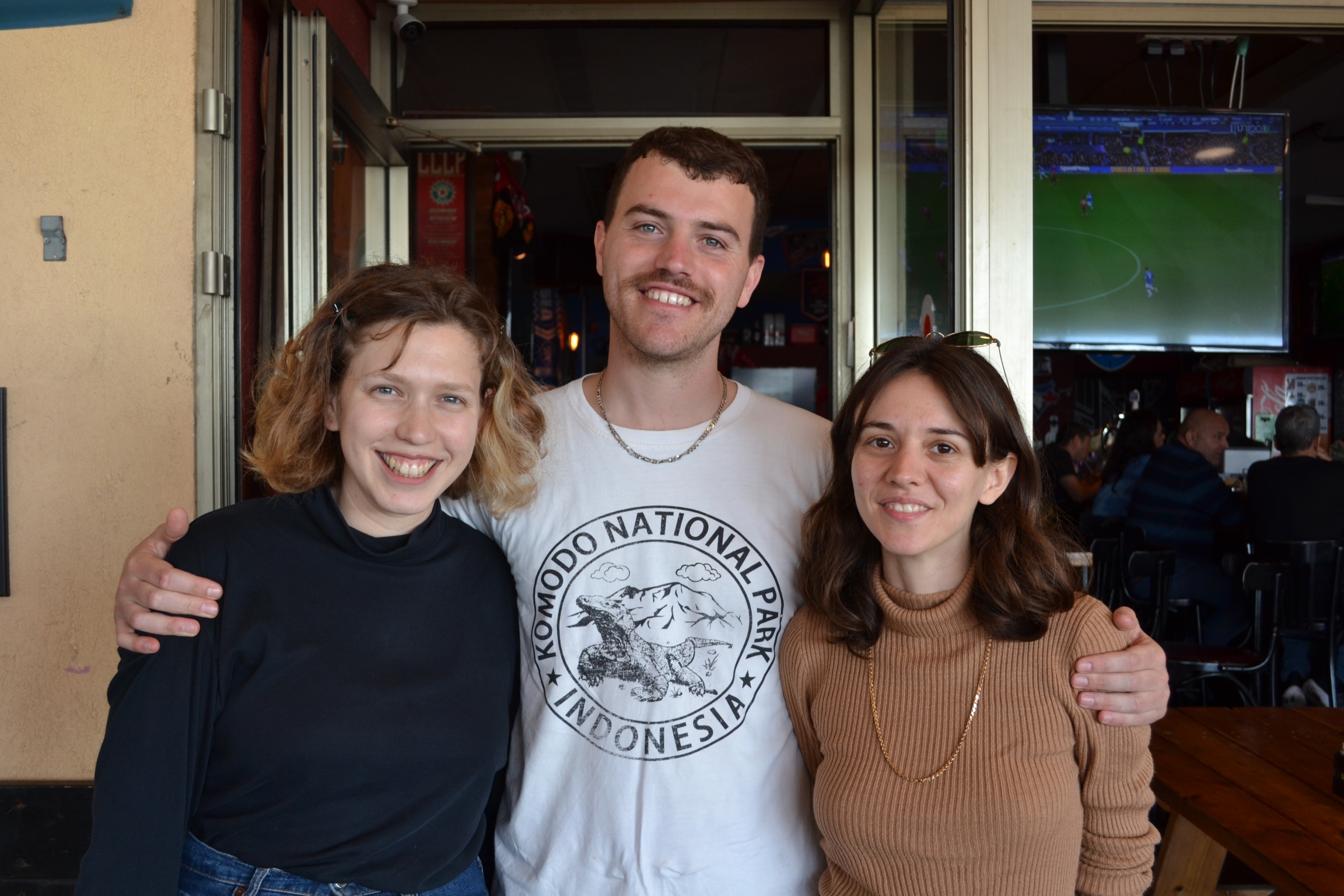 That’s one reason why Bernstein said he voted for Vermont Sen. Bernie Sanders. Sanders himself is Jewish, and he’s also the candidate who has been most critical of Israeli policy.

Sanders said he may use US aid to Israel as a way to pressure the government to change its policy toward the Palestinians. He has called Israeli Prime Minister Benjamin Netanyahu “racist.” And he boycotted the annual conference hosted by the pro-Israel lobby group AIPAC. Bernstein believes Sanders is on the right track.

“He is willing to get into that nuanced arena where he says I’m pro-Israel, but I’m also pro-Palestine,” he said.

Sanders is not universally loved here, though. Susan Burger, another Democratic Party voter, said she is repulsed by Sanders’ views.

Burger said if Sanders does get the nomination, she might take a drastic step: “If it came down to Trump or Bernie, I would vote for Trump.”

But on Tuesday afternoon, it was a very different race. Burger voted for former New York Mayor Michael Bloomberg, who has now dropped out.

Voting at the beachside polling place ended at 5 p.m., and the results were announced right away. Volunteers dumped the ballots onto a pool table and started counting. Then, Golub tallied up the final figures. 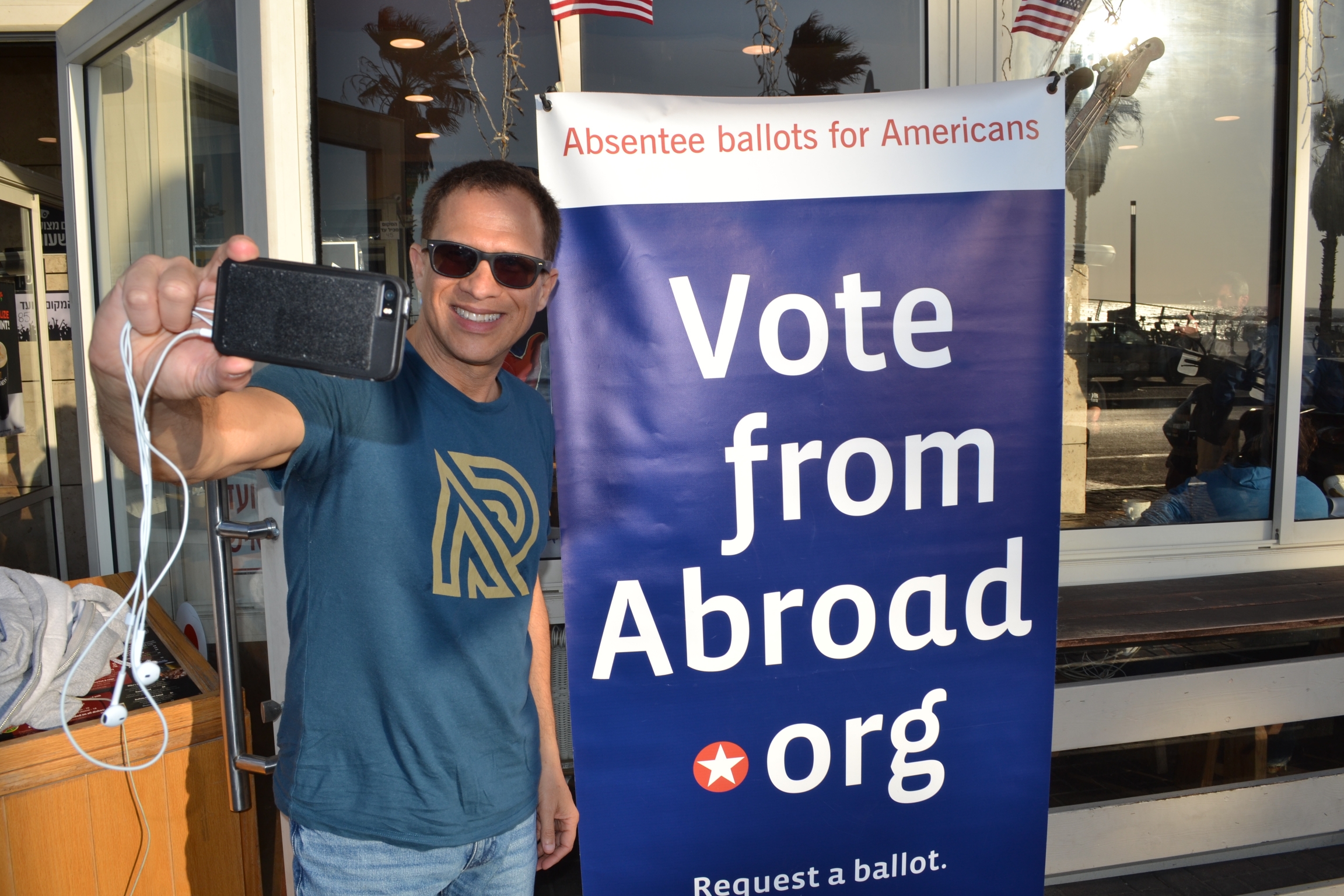 Sanders was the winner with 24. Next in line was Warren with 18, and former Vice President Joe Biden had 15.

These are just a portion of the Democratic primary votes from people in Israel. Some will vote online, through the mail or at another event like this one in Jerusalem.

In the 2016 Democratic primary, around 500 people voted from Israel. But with emotions running just as high this year, Golub said turnout will be higher.