Serge Tougard has a problem. The 71-year-old is determined to retire from his post as mayor of Fauguernon, a hamlet of 250 people located in Normandy, France. That’s fair enough, given France’s retirement age is 62 years old.

But less than a month away from France’s upcoming municipal elections, there’s still no one to replace him.

“As of right now, nobody wants to become the mayor of Fauguernon,” Tougard said with a shrug.

About a 2 ½-hour train ride from Paris, Fauguernon is as rural as it gets. There are no cafes, no restaurants, not even a pharmacy. There are, however, charming winding roads, wild animals, a 1,000-year-old fortress and a beautiful gothic chapel that dates back to the 12th century. It’s the epitome of small-town charm. But if Tougard can’t find a successor, Fauguernon runs the risk of disappearing from the map. Literally.

Fauguernon is one of dozens — if not hundreds — of French towns and villages facing this predicament. According to a poll conducted by the Association of Mayors in France, more than half of small town mayors said they were stepping down or thinking of stepping down in 2020. In some regions, around 40% of towns don’t have a single candidate to replace the outgoing mayor. Each town has until the end of February to submit a list of candidates for local office. Then, local officials have a few weeks to elect a mayor.

“It’s become a very desperate sort of situation,” said Philippe Gurrey, a 66-year-old resident who settled in Fauguernon 10 years ago. 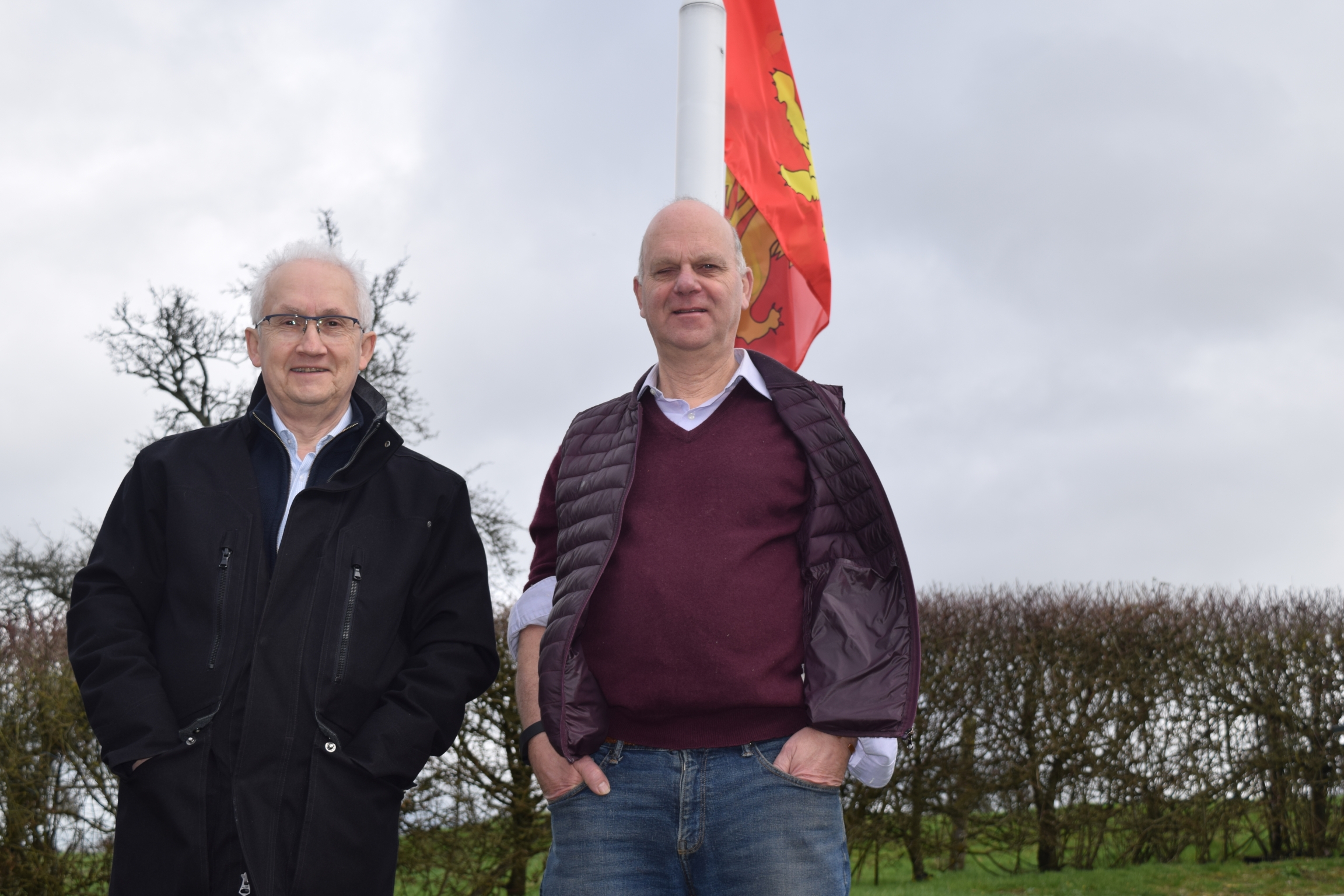 Serge Tougard is the outgoing mayor of Fauguernon, and Philippe Gurrey recently agreed to run for one of the town’s local council positions.

Gurrey recently agreed to run for one of the town’s local council positions, though that list is also incomplete. In Fauguernon, there are 11 local council spots, but only nine candidates on the ballot. If the town can’t fill the vacant spots come mid-March, Fauguernon will likely be swallowed up by another town.

“I don’t think too many people want to belong to another commune,” Gurrey said.

At the same time, Gurrey says he isn’t sure he’s up for the task of running for mayor.

“I don’t think people are informed enough of how much work it is or what the daily tasks are.”

“I don’t think people are informed enough of how much work it is or what the daily tasks are,” he said.

These are important questions. Especially given that there’s no salary for French mayors, only a monthly allowance, which varies depending on the town’s size. In towns like Fauguernon, the mayor earns $549.33 a month (500 euros) for what’s basically a full-time job.

“It’s not enough,” said Evelyne Girardin, the outgoing mayor of Saint-Martin-de-la-Lieue, a nearby village of 800 people.

“Most mayors are retired; they have another job so they [can earn] enough to live,” Girardin said. “But it’s not normal pay.”

That’s why the 65-year-old says the French government should turn mayoral posts into full-time salaried positions, like in Germany, to attract better talent.

Worried about finding a successor, Girardin held an open house in December in hopes of recruiting a replacement. It’s a strategy that worked.

But Girardin worries the incoming council team lacks the necessary experience. None of them have worked in the local government before. The incoming mayor is a farmer in his mid-50s.

“They don’t know exactly what to expect, and I’m afraid of that,” she said. 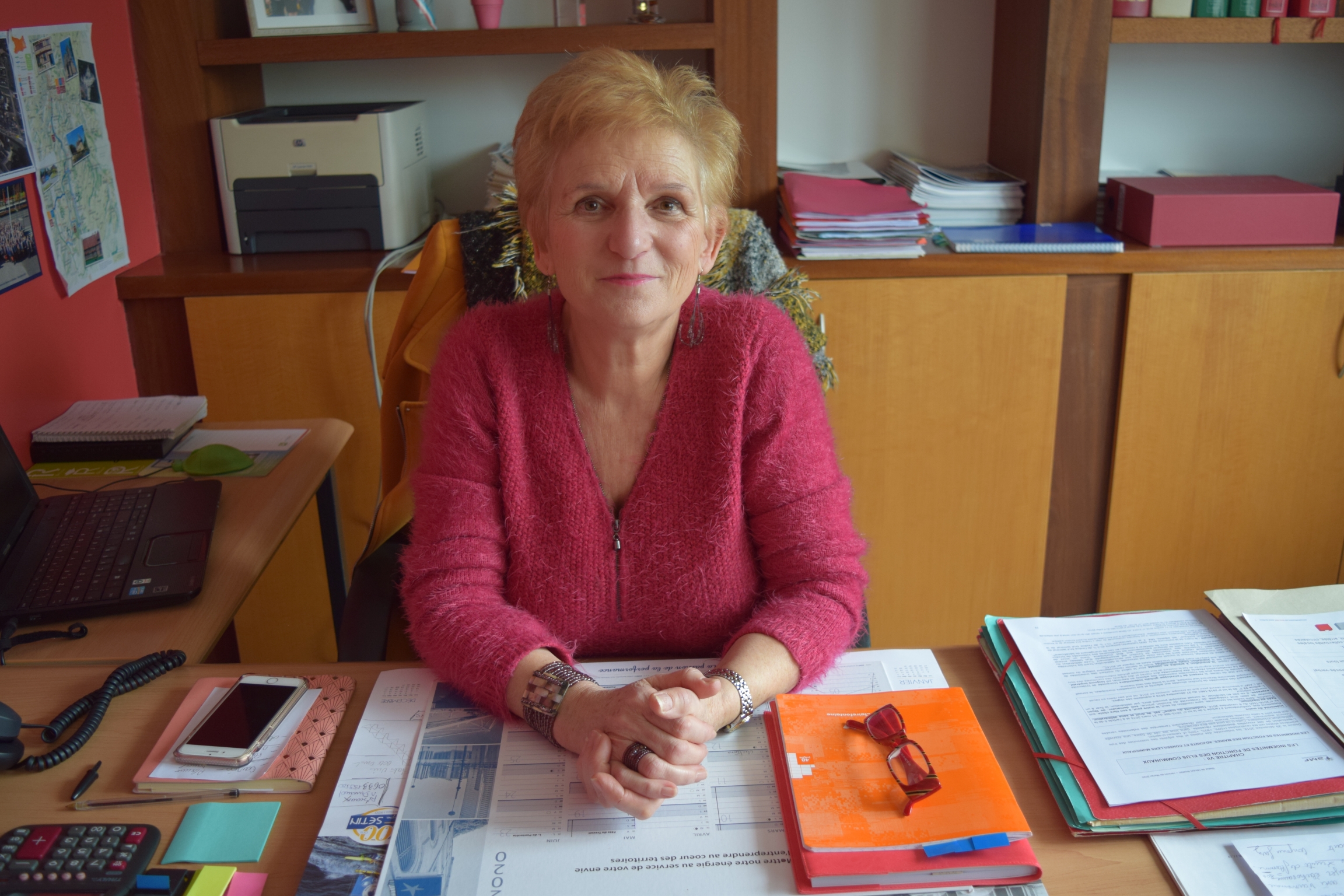 Evelyne Girardin is the outgoing mayor of Saint-Martin-de-la-Lieue, a French village of 800 people.

Back in Fauguernon, the outgoing mayor, Serge Tougard, says the mayoral duties range from getting a herd of cows off the road to knowing how to manage the town’s yearly budget of about $219,731 (200,000 euros). It’s a lot of work for little pay — and there’s hardly any training. It’s a role that requires one to be on call at all times.

“Being mayor is a moral responsibility. From the moment you wake up in the morning, you’re thinking about the village, and there’s always something that needs to be done.”

“Being mayor is a moral responsibility,” Tougard said. “From the moment you wake up in the morning, you’re thinking about the village, and there’s always something that needs to be done.”

Without new people stepping up for local government posts, Tougard says he thinks the village will likely disappear within the next 10 years.

Related: The ‘forgotten victims’ of femicide in France: Women over 65

That’s why Tougard says he’ll spend the next month continuing to call up local residents trying to convince somebody to embrace the title of maire.