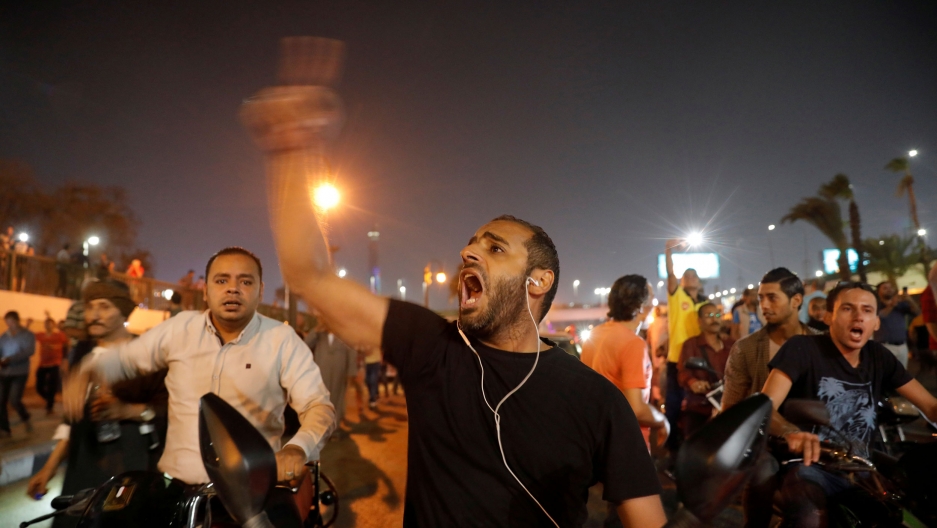 On Jan. 25, 2011, I was glued to my computer, beaming with pride from thousands of miles away as I watched my fellow countrywomen and men take to the streets to demand a more just, equitable and accountable Egypt. Nine years later, the mesmerizing footage of protest crowds can seem so isolated amid the barrage of rights abuses making the headlines — most recent of which involved the death of a fellow US citizen in detention, Mustafa Kassem.

There is no doubt that Egypt today is witnessing a severe rule of law crisis amid systematic attempts by the government to consolidate control. Legislation that restricts the work of civil society organizations, the ability to peacefully protest, and the coverage of media outlets is being passed by a parliament that rubber stamps executive policy. An effectively-continuous state of emergency is renewed every three months, opening the door to greater policing authority and the creation of emergency courts. An expansive definition and interpretation of "terrorism" is being used to target constitutionally-protected activity. Constitutional amendments passed last year expand and legalize presidential interference in judicial appointments, compromising judicial and prosecutorial independence amid reports of intelligence influence.

Related: Behind Egypt's revolution: youth and the internet

Widespread arrest campaigns target not only bloggers, organizers and civil society activists, but even the lawyers representing them. When protests broke out in September of last year, authorities responded with a heavy-handed detention campaign that involved around 3,763 arrests — at least 448 of them individuals age 25 or younger. Forced disappearance has become a normalized first step of arrest — one that often precedes pretrial detention renewals and the joining of unrelated defendants in mass cases that never make it to trial. In detention, individuals continue to be denied adequate medical care, leading to severe health deteriorations and tens of deaths each month. Many of those held in maximum security prison are deprived of basic necessities even in the winter months, including mattresses, heavy clothing and access to hot water. Family visits continue to be arbitrarily cancelled. Access to justice — particularly for marginalized communities — remains tenuous; and violations perpetrated by security officials continue to be left uninvestigated.

In response, Western policymakers have turned their attention away, dismissing the country and the people whose protest movement once inspired the world as a “failed attempt,” “a sad story” or “no longer a priority.” Others have made excuses for the government’s policies, relying on a tired understanding of the region that has long changed, and a false choice between security and rights. US President Donald Trump’s comment describing the Egyptian president as his “favorite dictator,” though possibly said in jest, underscores this sentiment.

All the while, Egypt faces serious security and economic challenges that are left insufficiently addressed by band-aid responses that do not meet citizen needs on the ground. But as the Egyptian government takes steps to consolidate control, Egyptians are still finding ways to resist.

Detainees in Egypt face horrific conditions. Yet even as they risk their lives, prisoners are organizing across political identities to participate in hunger strikes not only to raise attention to their plight, but to articulate clear and actionable demands to benefit those who come after them. They, their family members, and their lawyers continue to file complaints to the Public Prosecution to demand respect for their rights — intent on preserving the remaining vestiges of the rule of law within the very legal framework that the Egyptian government commits itself to.

Related: Mohammed Morsi was an 'accidental president' whom protesters say failed to bring democracy to Egypt

The space to participate in and contest the political system is narrowing. Yet, as recently as last year, discrete organizing around a “no” vote on the constitutional amendments took place and “MPs, political party leaders, youth and journalists [had been] looking to enter the political arena and prepare to run in the upcoming 2020 parliamentary elections.”

Rights lawyers are running from one detention renewal hearing to the next, exposing themselves to the possibility of harassment, threats and prosecution. Yet, in addition to meeting emergency legal needs, they think strategically to bring about long-term change; suing authorities for their failure to protect transgender individuals in detention for example, and challenging officials for a decision that risks the country’s archeological heritage.

In between the grim headlines are the individual stories of those who continue to resist. As the world looks the other way, these stories risk becoming sidelined, dismissed and marginalized. But as authoritarianism continues to entrench itself, it will only continue to touch the lives of a growing number of people — creating more stories in the process.

On Jan. 25, 2011, we began to tell the tale of an Egypt whose people rose in the face of a 30-year status quo. On the ninth anniversary of the revolution, let us re-center these lived realities yet again, not because we are naïve when it comes to the state of affairs today — which may continue to deteriorate for even years to come — but because these stories are a window into something much deeper: an awareness, a commitment, an idea that continues to live on even in the most bleak of conditions.