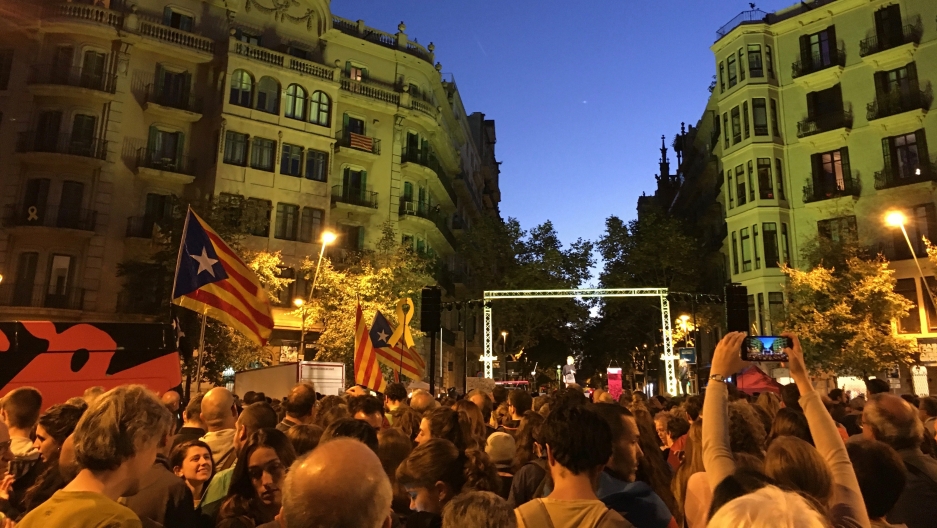 Protests in Barcelona, Spain, have remained steady since last Monday after a Supreme Court ruling sentenced nine Catalan separatist leaders to prison for their role in the 2017 independence referendum deemed illegal by Madrid.

Thousands of people have been taking to Barcelona’s streets every day since last Monday after a Supreme Court ruling sentenced nine Catalan separatist leaders to prison for their role in the 2017 independence referendum deemed illegal by Madrid.

Most of the protests across various cities in Spain’s northeast region of Catalonia have been relatively calm, with people of all ages attending, including families with small children and dogs wearing pro-independence bandanas. They’re rejecting the prison sentences, which they see as unjust and undemocratic.

But at night, as protests led by student organizations take over, the mood changes. 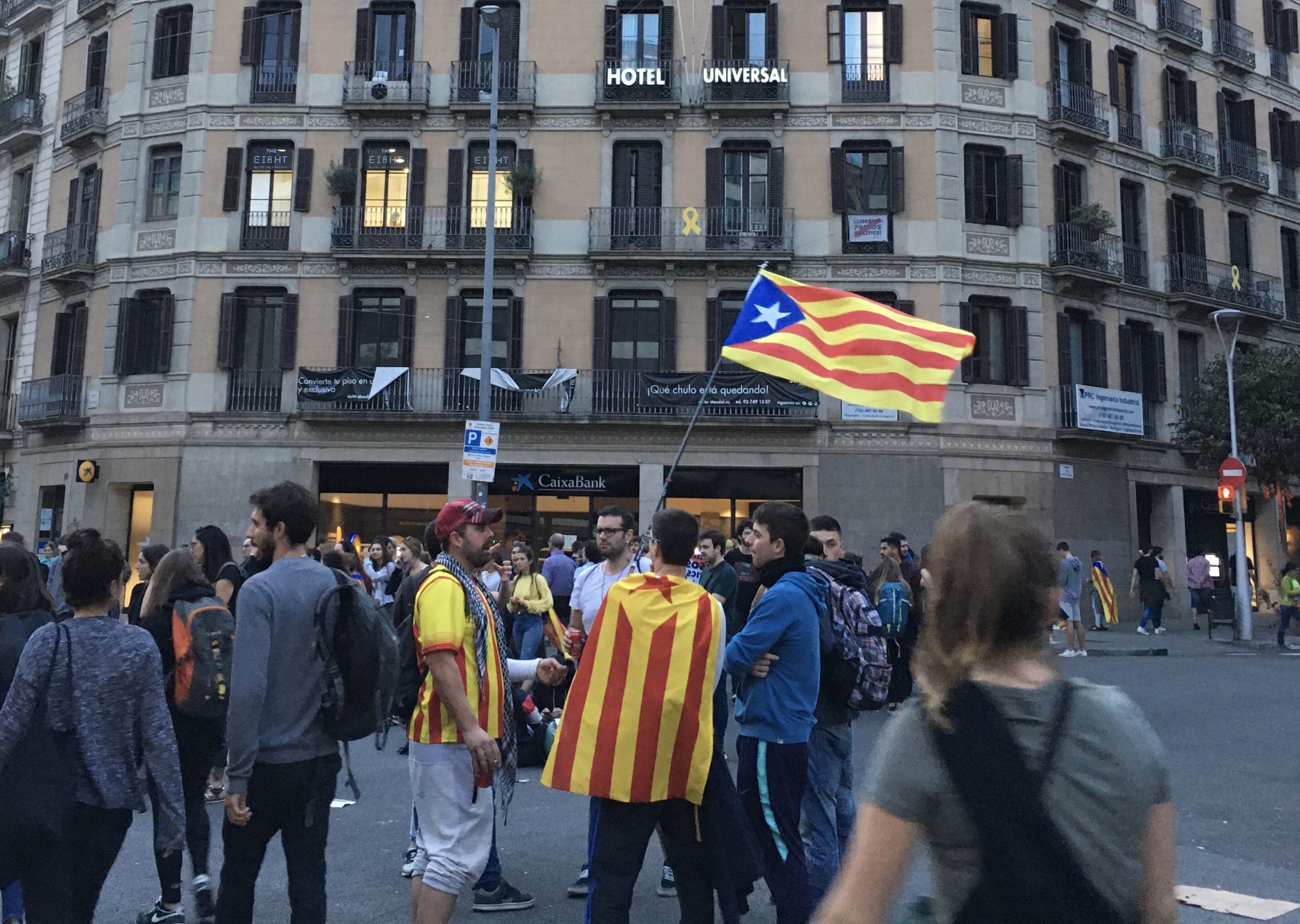 Thousands of people have been taking to Barcelona’s streets every day since last Monday after a Supreme Court ruling sentenced nine Catalan separatist leaders to prison for their role in the 2017 independence referendum deemed illegal by Madrid.

On almost every night, the young protesters have burned trash bins and barricades in an attempt to keep police officers from breaking up the demonstrations. But police have fought back with batons, rubber bullets and tear gas.

“Protesters aren’t willing to turn the other cheek anymore.”

“Protesters aren’t willing to turn the other cheek anymore,” says 19-year-old Mallol Codony, who has taken part in some of these protests. “They’re ready to defend themselves against the police.”

He says people his age have been watching the independence movement be suppressed by Spain for years — and now, their patience has run out.

“We’ve been the most peaceful social and political movement in Spanish history,” Codony said. “And still they’ve treated us like criminals and terrorists.”

About half of Catalan society supports the independence movement — with numbers constantly fluctuating — and has been steadily growing since 2010. It peaked in 2017 when the region held an independence vote considered unconstitutional by Madrid — which led to the pretrial arrest of nine separatist leaders that helped organize it. Five others went into self-imposed exile.

After a lengthy trial that began back in February, the nine leaders were sentenced to prison on Monday for charges of sedition and for misuse of public funds. 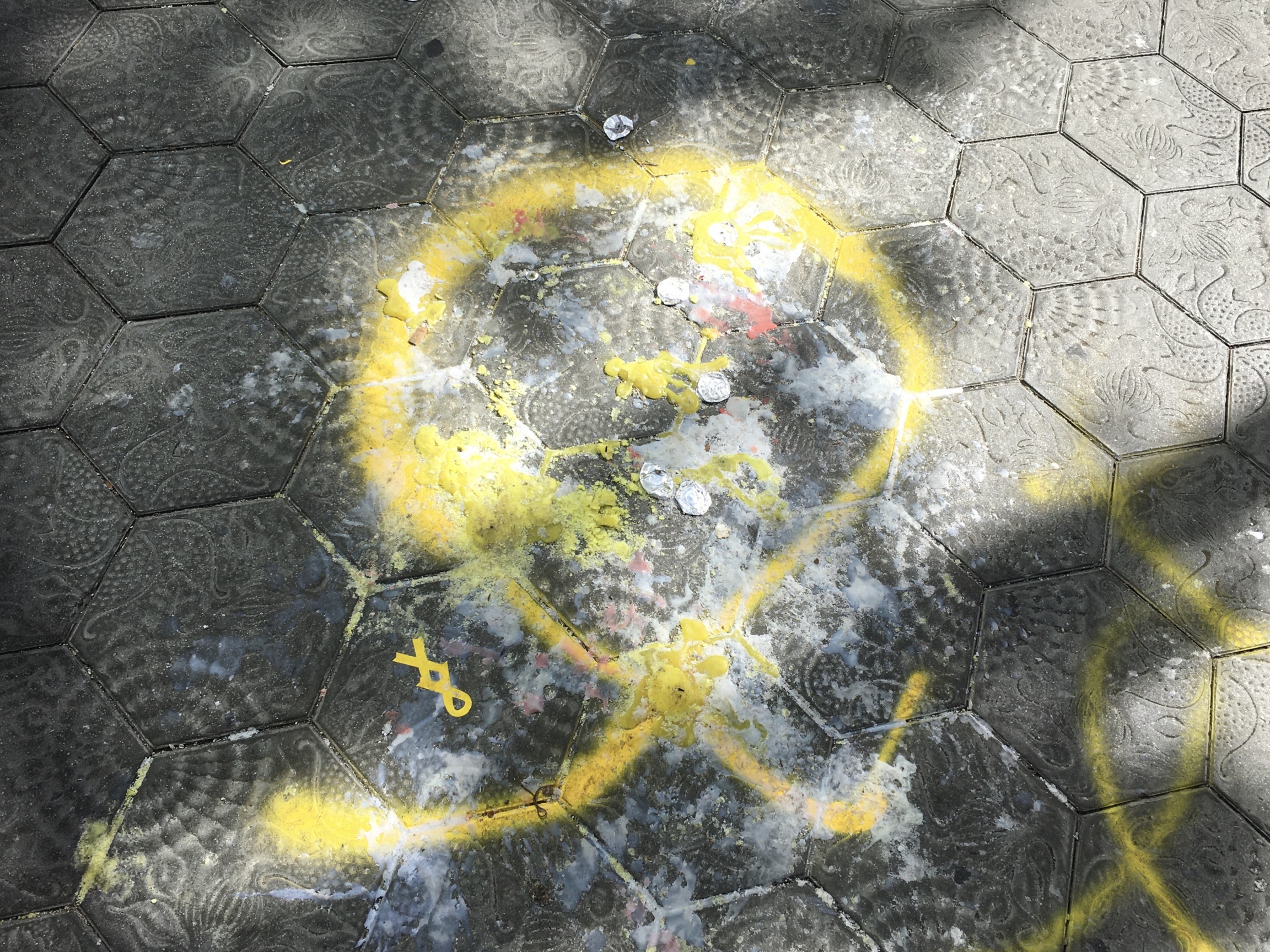 On almost every night, the young protesters in Barcelona, Spain, have burned trash bins and barricades in an attempt to keep police officers from breaking up the demonstrations. They've also vandalized some places. Police have fought back with batons, rubber bullets and tear gas.

But many people consider these sentences to be too harsh, no matter their political stance on the independence issue.

“This looks like a war. We’re starting something that we don’t know how it’ll end.”

“This looks like a war,” she said as protesters gathered around her, and helicopters hovered over the city. “We’re starting something that we don’t know how it’ll end.”

Deltell, like many others, wants dialogue — from both the Spanish and Catalan governments. Interim Prime Minister Pedro Sánchez promised just that at a press conference following the Supreme Court decision.

“We need to turn the page and open a new chapter based on peaceful coexistence in Catalonia through dialogue within the boundaries of the law and the Spanish constitution,” he said.

These promises — which have been made on both sides for years — have yet to come to fruition. This past weekend, Catalan President Quim Torra called Sánchez to talk things over, but Sánchez refused to engage in conversation until Torra publicly condemned the violence in Catalonia from this past week.

Torra, however, had already asked for the violence to stop.

“This violence is an excuse to justify the usual ideas of the far-right movement,” said Jordi Nieva-Fenoll, professor of procedural law at the University of Barcelona. He adds that the sentencing — and the citizen reaction that followed — will likely affect general elections coming up on Nov. 10, particularly for voters who were already against Catalan independence. He says Spain should have dealt with the independence issue differently.

Protester Codony says that for years, Spain hasn’t been listening to what the Catalan people want — and that has only fomented the independence movement even more.

“If the option is being part of a country that doesn’t want you,” he said. “Then people will want to leave.”