A few months ago, on the floor of the Legislative Assembly of São Paulo, State Deputy Douglas Garcias said if he found a transgender person in the same bathroom as his mother or sister, he would “shove him in the toilet” and call the police.

For the first time, there was an Afro Brazilian, transgender lawmaker present to respond: Erica Malunguinho. The 37-year-old stepped up to the microphone and demanded an investigation into Garcias’ comments, which she described as hateful. Brazil is one of the deadliest countries in the world for transgender people.

“I’ve never been afraid. Just like anyone else like me, I know that I am vulnerable. I chose to take protective measures, but not be afraid.”

“I’ve never been afraid,” Malunguinho told The World in Portuguese. “Just like anyone else like me, I know that I am vulnerable. I chose to take protective measures, but not be afraid.”

Because just by being in office, Malunguinho says, she is a rebuke to Brazil’s history of oppression.

“We have a history that we carry,” she said. “This gigantic problem that was created when Africans were taken from Africa on slave ships.”

Brazil received nearly 20 times more enslaved Africans than the English colonies in America. In Brazil, enslaved people did brutal work growing sugar or mining gold, according to Márcio Farias of the Afro Brazil Museum in São Paulo. Many enslaved people ran away to join communities of Africans called quilombos. 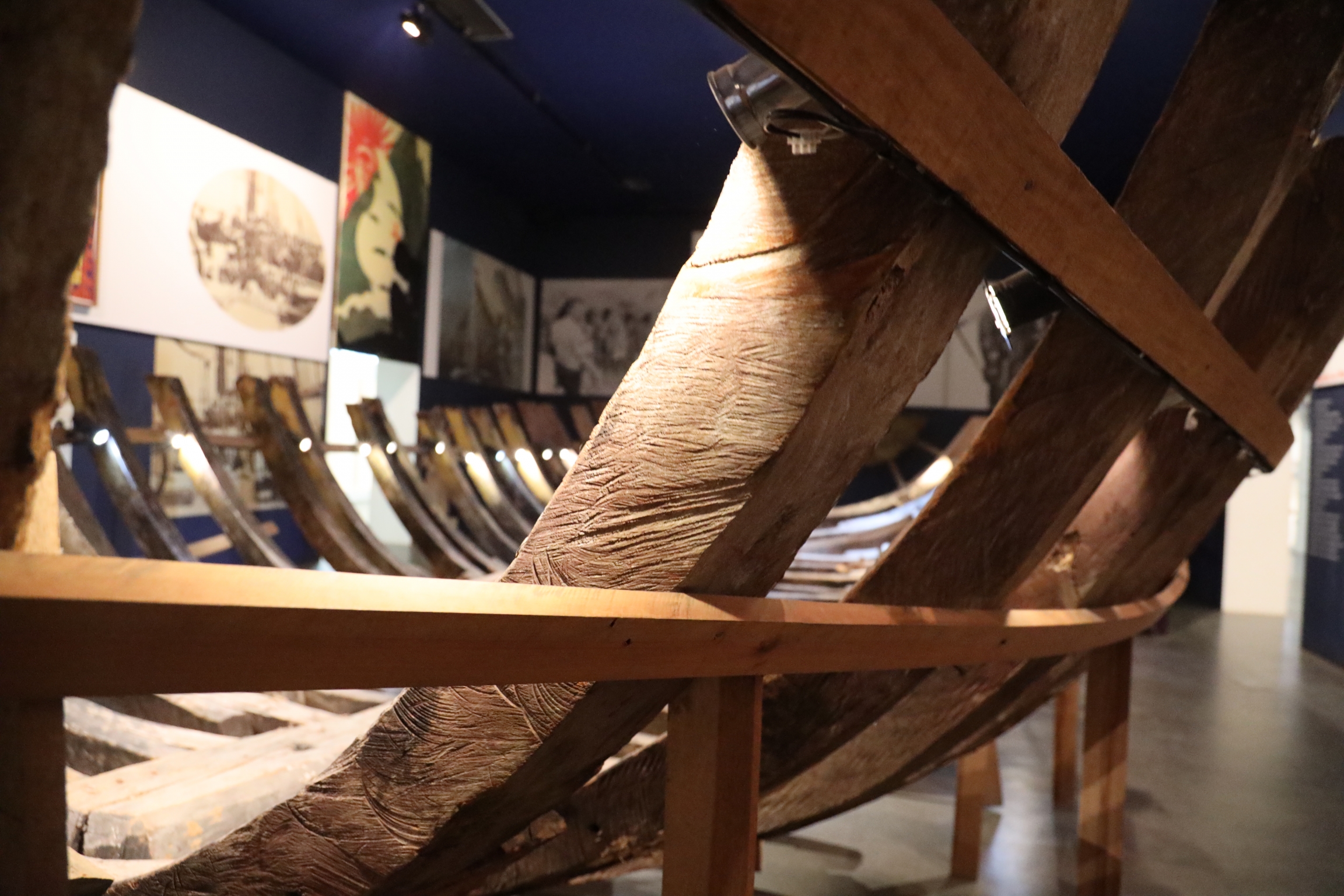 The remnants of a slave ship rest at the Afro Brazil Museum in São Paulo.

Across Brazil, “Quilombos were the main expression of the political fight of those enslaved,” he said.

Farias says quilombos inspired constant rebellions. When many enslaved Africans were simply refusing to work, Brazil’s government finally abolished slavery in 1888 — more than 20 years after the Civil War in the US.

In Brazil, newly freed people weren’t compensated, and many had nothing — for generations. Farias says that finally began to change when Brazil became a full democracy in 1988.

“The process of becoming a democracy created social movements. Those movements demanded affirmative action. And that has changed the face of the country.”

“The process of becoming a democracy created social movements,” he said. “Those movements demanded affirmative action. And that has changed the face of the country.”

The new affirmative action programs meant more Brazilians had access to jobs and education. Malunguinho’s mother was able to go to school and become a nurse. Malunguinho grew up in the northern coastal city of Pernambuco in a politically active family.

“I learned how to deal with my existence as a black person when I was little. Our families taught us,” she said. “‘Never go out without your ID. Don’t wear certain clothes.’ That’s inculcated in all black children.”

At the same time, Malunguinho learned about the diverse identities within Afro Brazilian communities. It was a formative experience when Malunguinho saw transgender people dancing at a maracatu  — a traditional Carnaval procession that symbolizes an African king and queen leading a full court in flamboyant clothing. 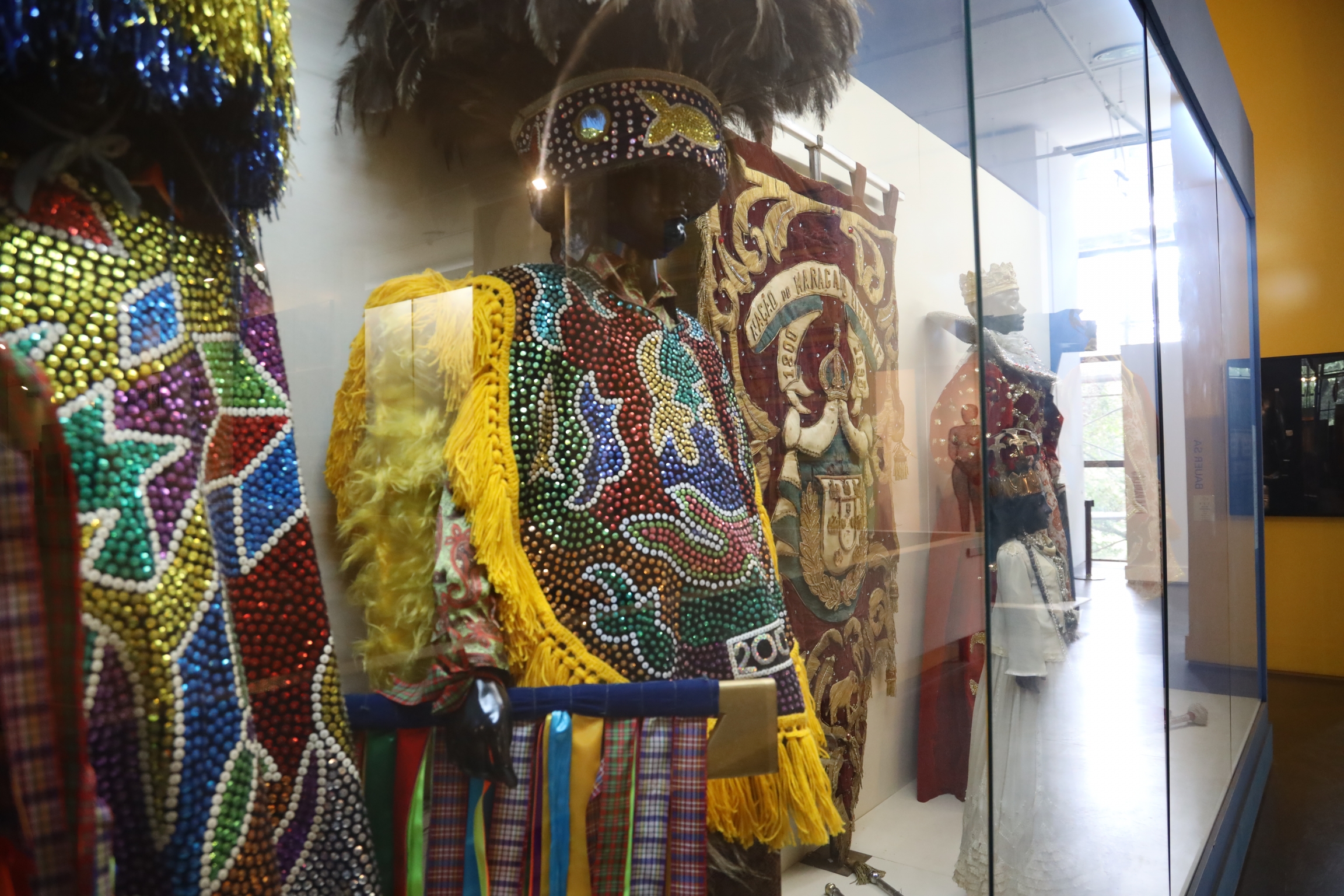 Outfits used in maracatu celebrations at the Afro Brazil Museum in São Paulo. Maracatu is a traditional Carnaval procession that symbolizes an African king and queen leading a full court in full costume.

“That’s where, for the first time, I saw the first transvestite women being out in the open.”

“That’s where, for the first time, I saw the first transvestite women being out in the open,” she said.

Malunguinho moved to São Paulo and became an activist, artist and educator. For a brief moment, it seemed like an era of positive expression about inclusion in Brazil. In the 2010 census, for the first time, a majority of Brazilians self-identified as nonwhite.

Around this time, Malunguinho created a space in São Paulo that she called an urban quilombo — an urban community for Afro Brazilians to meet and share their politics and culture with things like music and art.

Early last year, Malunguinho was featured on a TV program talking about it. She said even though black Brazilians can get jobs and go to school now, they are still considered “others” in traditional places of power.

“We have no freedom in those places,” she said on the show. “We ... assume a confrontational position, which is exhausting. Sometimes, I’m just not in the mood. I just want to be OK and at peace with my friends.” 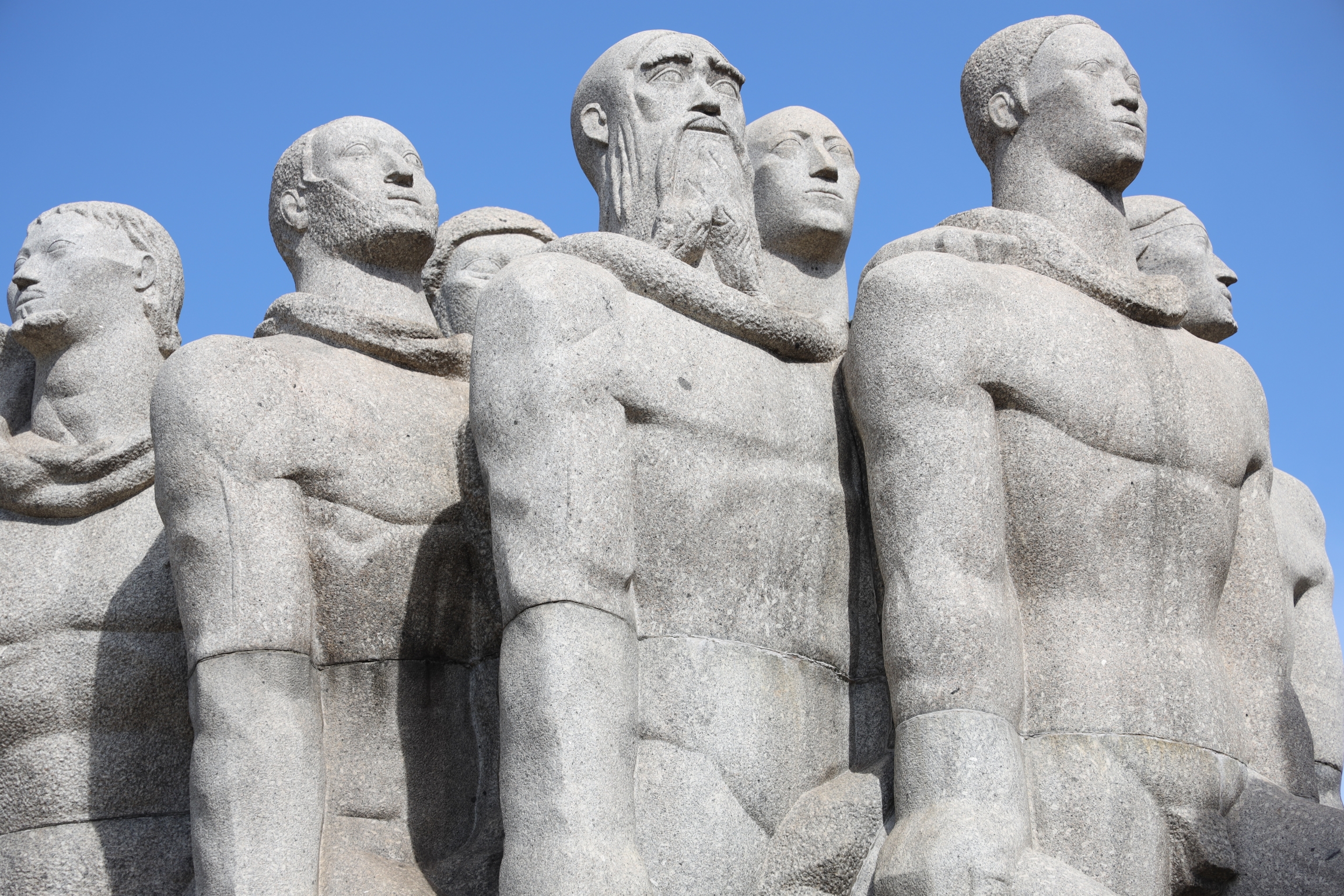 The Monumento às Bandeiras in São Paulo, unveiled in 1954, was supposed to honor Brazil’s European settlers but has become controversial because of its depiction of enslaved Indigenous and black people in chains.

But something happened that convinced many Brazilians to confront those in power in a way they hadn’t before: Marielle Franco died. She was an Afro Brazilian from a favela, a poor neighborhood in Rio, who rose to be a city councilor. Franco was gay, feminist and outspoken about police brutality. On March 14, 2018, after giving a speech, Franco and her driver were fatally shot. Her death shocked many people.

He had already alienated a lot of people with his comments. Bolsonaro once said he was proud to be homophobic. Another time, he said that he’d rather have a dead son than a gay one. Once Bolsonaro said Brazil should not feel guilty about its past as the world's biggest slave importer.

Malunguinho decided she had to run for office.

“The truth is that I live for prosperity and affection and positive things — so as long as those things are not guaranteed for everyone, I cannot not fight.”

“The truth is that I live for prosperity and affection and positive things — so as long as those things are not guaranteed for everyone, I cannot not fight,” she said.

Meanwhile, Bolsonaro campaigned on the promise of a color-blind meritocracy, said Guilherme Casarões, a lecturer at the São Paulo School of Business. He said Bolsonaro considers affirmative action programs racist.

“So, he basically says that as long as he treats blacks and whites as equal, he wouldn't be a racist,” Casarões said. “But he basically turns a blind eye to pretty much every single problem that blacks go through.”

Yet, people of all backgrounds voted for Bolsonaro, Casarões said, because the fear of violence is widespread.

“He said basically, ‘Vote for me, and I'll do away with crime,’” he said. “‘I'm also going to restore the real Brazilian values, which are the conservative religious values.’ Obviously, that has a lot to do with LGBT rights and women's rights and so forth.” 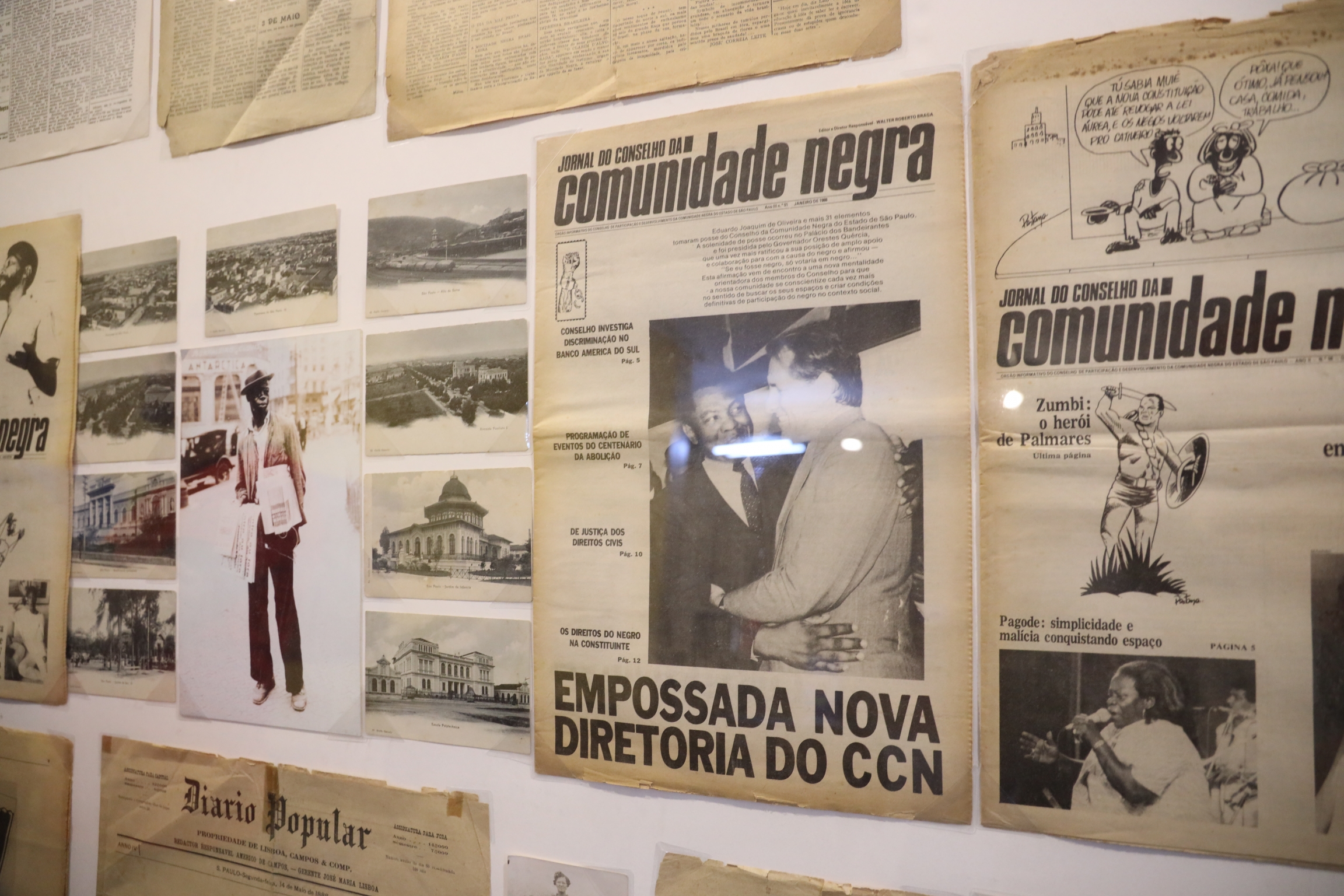 Still, this past June, gay communities celebrated a huge win when the Brazilian Supreme Court made homophobic acts a crime. The Pride Parade in São Paulo was one of the world’s largest ever, and from a float Malunghino gave crowds a playbook for resistance.

“We’re always resisting and reacting. Resisting is great. But it hurts.”

“We’re always resisting and reacting,” she told them. “Resisting is great. But it hurts.”

She said they need to proactively change the system that oppresses them by creating networks of people who work together.

Malunguinho in many ways has become Franco’s successor as a symbol of the fight for human rights. But it’s tough to sustain momentum. Malunguinho says she does a dance between having hope and being logical. So, when the São Paulo Legislative Assembly apologized for State Deputy Garcias’ homophobic comments, Malunguinho thanked lawmakers, but told her colleagues that apologies aren’t enough — they needed to vote to protect transgender people.

That hasn’t happened, yet. But Malunguinho believes success is inevitable.

“This fascist wave isn’t going to last because people understand the only possibility is coexistence,” she said.

Editor's note: An earlier version of this story missed "transgender" in the headline.