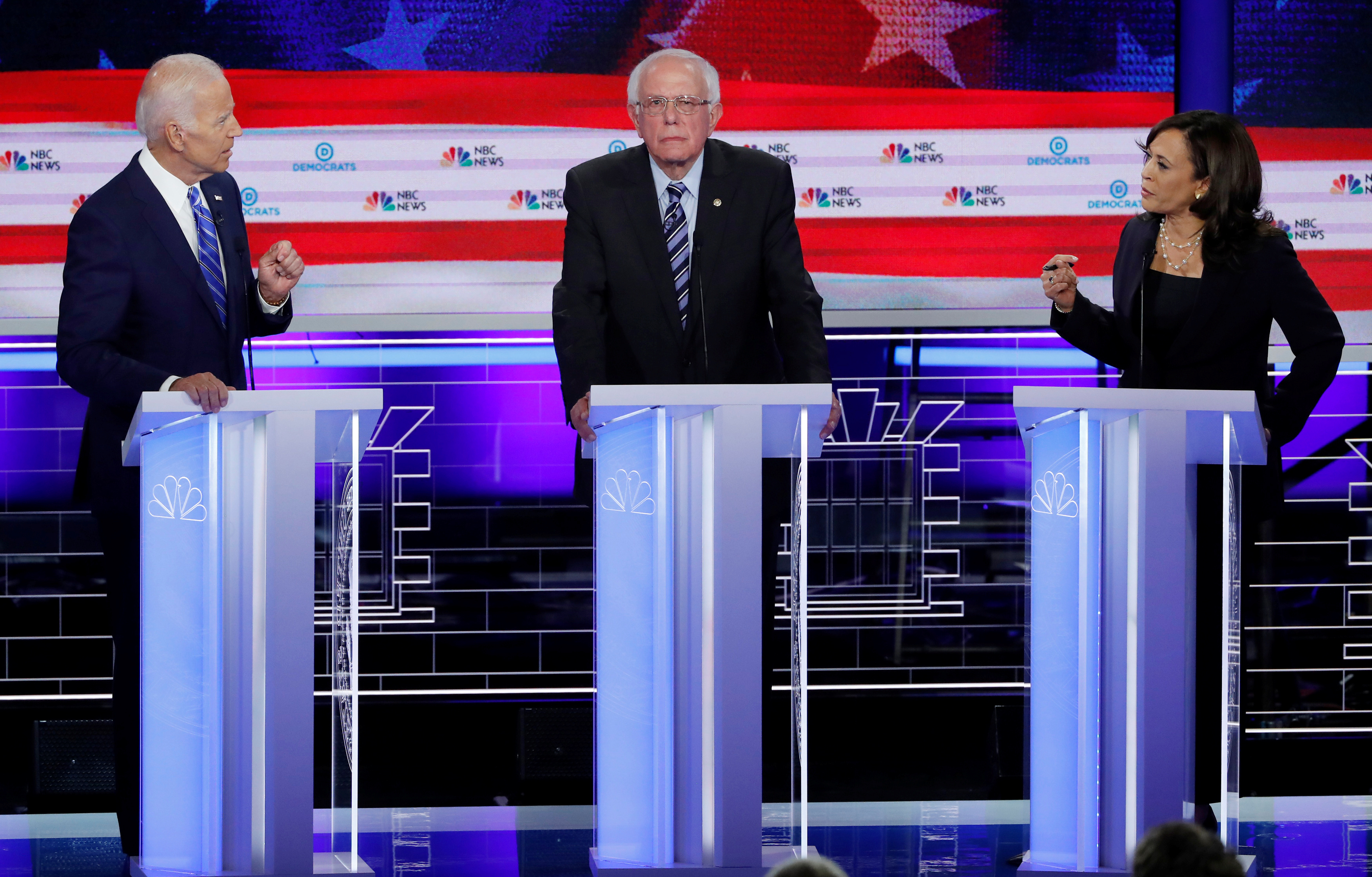 Several Democratic presidential candidates have focused on closing the wealth gap in America.

There is one issue that many Democratic presidential candidates seem eager to discuss this election season: How to close the persistent wealth gap between white Americans and communities of color.

Studies, such as this one by the Institute for Policy Studies and Prosperity Now, have documented an “accelerating decline in wealth over the past 30 years” for black and Latino households, and its authors have dire forecasts for the future should the status quo continue. Median wealth for black families would decline to zero dollars by 2053 and median wealth for Latino families would fall to zero dollars twenty years later, they warn. Meanwhile, the median wealth for white Americans is projected to reach $137,000 by the year 2053.

These kinds of predictions come as no surprise to Andre Perry, a fellow in the Metropolitan Policy Program at the Brookings Institution, who has long observed how people of color have been excluded from economic growth and employment opportunities.

Related: Three ways to narrow the income equity gap in your workplace

When Perry was a high school athlete in the mid-1980s, he used to run from his hometown of Wilkinsburg into neighboring East Liberty. A once-struggling community in Pittsburgh, East Liberty now hosts a Google engineering office on the site of a former Nabisco factory. Perry still vividly remembers the “buttery smell of Ritz crackers” that used to greet him on his runs there.

In recent years, former industrial cities like Pittsburgh have been transformed as they have welcomed tech giants like Google. The city was also a finalist to host Amazon’s second headquarters. These days, Perry hardly recognizes the now-prosperous East Liberty, which he says has left his largely black neighborhood of Wilkinsburg, along with “more than 1,200 majority-black places” in the US, behind.

For Perry, the differences he has witnessed in the evolving fortunes of Wilkinsburg and East Liberty are a matter of investment.

“You’re just not going to see, in this case, a tech culture absorb black and brown folk, chiefly because the tech community has always struggled to attract black and brown talent,” he says.

Related: Iceland hopes to get rid of the gender pay gap with a revolutionary new law

“As long as there’s not a deliberateness in terms of saying, ‘Hey, we’re going to invest in this part of town where black folk live or brown folk live,’ ... we’ll always see an economy grow, leaving many behind.”

Perry says that many predominantly black communities have strong assets, but they have suffered from negative perceptions and those assets are often devalued.

He suggests one way to change course would be to encourage the tech industry to invest in black STEM graduates to “create a virtuous cycle of economic development.” Perry and the Brookings Institution have produced maps that could help the process, including one which highlights some fifteen large US cities with the greatest share of black residents with science and engineering bachelor’s degrees.

Tawanna Black, founder and CEO of the Center for Economic Inclusion (CEI) in the Minneapolis-St. Paul region, believes that bias in the hiring process has contributed to the racial disparities that she sees in her community. The Twin Cities ranked among the worst places for racial inclusion in Brookings’ 2019 Metro Monitor, and they have experienced a widening wage gap.

According to the CEI, the average yearly salary of an African American worker in the Minneapolis-St. Paul region is about $35,000, but it is almost double that for the average white worker. Black is concerned that policymakers and business leaders lack a sense of urgency to address “the economic pain” felt by “far too many Americans,” including people impacted by statistics like those. She urges all employers to do a “deep assessment” of their organizations, to evaluate whether they are equitable and inclusive.

Much like a company’s objectives and goals, inclusion “has to be embedded into your business infrastructure. It can’t be extra, it can’t be on the side, it has to be woven in and it has to be measured,” she says.

Large wage gaps between minority and white communities are bad news for everyone, according to Black, especially when you consider projections from the census about the nation becoming “majority-minority” by 2045.

Perry claims that “many people are suffering under the growth of a few white people in a city or in a region,” including some white workers — particularly those living in rural America.

“I’m hopeful that people will figure it out. That poor folk, blue-collar folk, will see we’re all in the same predicament — we’re all in the same boat, and they will start to ask for policies that will lift all boats,” including a social safety net for health care, higher education and employment, he says.

These are progressive ideas, but Perry insists they are necessary to address the needs of all citizens, Democrats and Republicans alike.