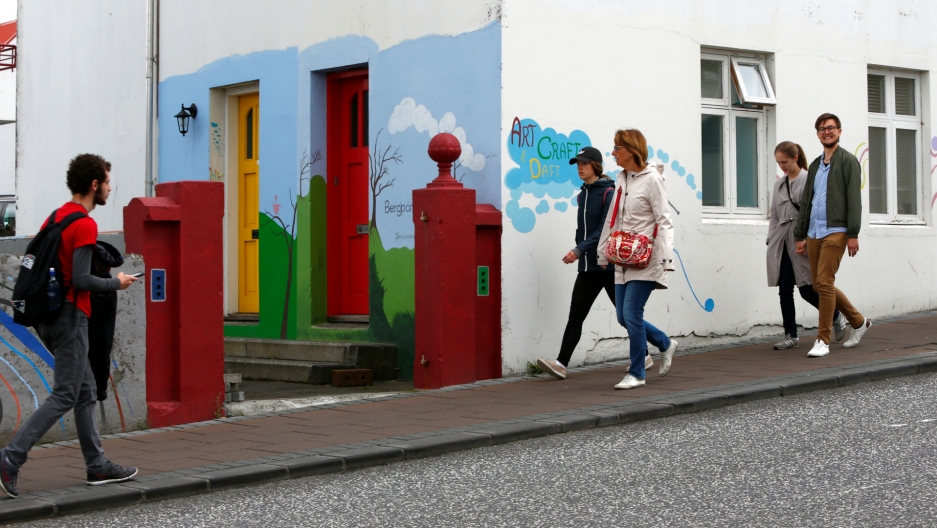 In Iceland, a new law that works to ensure that men and women get paid equally went into effect this month.

It requires all companies with at least 25 employees to obtain government certification of their equal pay policies. Those that fail to receive this certification will be fined and publicly outed.

“What you do is evaluate the job, and then you pay based on the merits of the job, not who is doing the work,” explains Dagny Aradottir Pind, a board member of the Icelandic Women’s Rights Association. “It puts some [burden] on employers, but the results should be that the system of managing pay should be settled in a way that’s understandable ... and fair.’’

This law is thought to be the first of its kind.

Even though Iceland has the best track record on gender equality in the world, according to the World Economic Forum, there is a gender pay gap. As of last year, it was at 16 percent. For reference, in the US the pay gap is at 20 percent. In the UK, it's at 18 percent.

“There's no country that has equal pay,” says Dagny Aradottir Pind, “Or at least I can’t think of any.’’

The hope is that this new legislation in Iceland will finally change that.

To hear more from Dagny Aradottir Pind about how this new equal pay legislation in Iceland will work listen to the audio above.