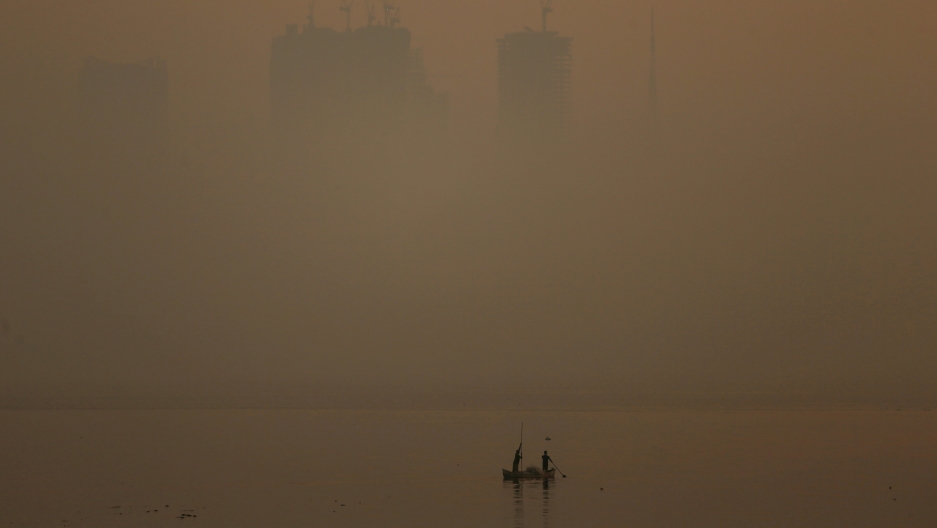 The science is in: The endless pursuit of economic growth is devouring the foundations of life on Earth, and no country — rich or poor — can expect to escape dire consequences if things go on as they are. So, how might the world change course?

Though still confined to the fringes, a globally dispersed but tight-knit coalition of economists, grass-roots organizers, business leaders and politicians, along with some investors, have begun to sketch out an answer.

The vision: a new relationship between the state, local communities and nature aligned behind a more holistic notion of progress than gross domestic product (GDP), the established yardstick for economies as different as those of the United States and Mozambique.

"No country on Earth is doing what is required to make sure we get toward an economic system capable of confronting the twin challenges of ecological collapse and climate change," said Laurie Laybourn-Langton, an associate fellow at London's Institute for Public Policy Research and lead author of a new report on environmental breakdown titled This Is A Crisis.

"There are, though, a number of ideas and small-scale projects being done that arguably — if scaled up — could deal with the problem," he said. One of those gaining traction was measuring progress in other terms than GDP, which, in essence, measures the market value of a country's goods and services. 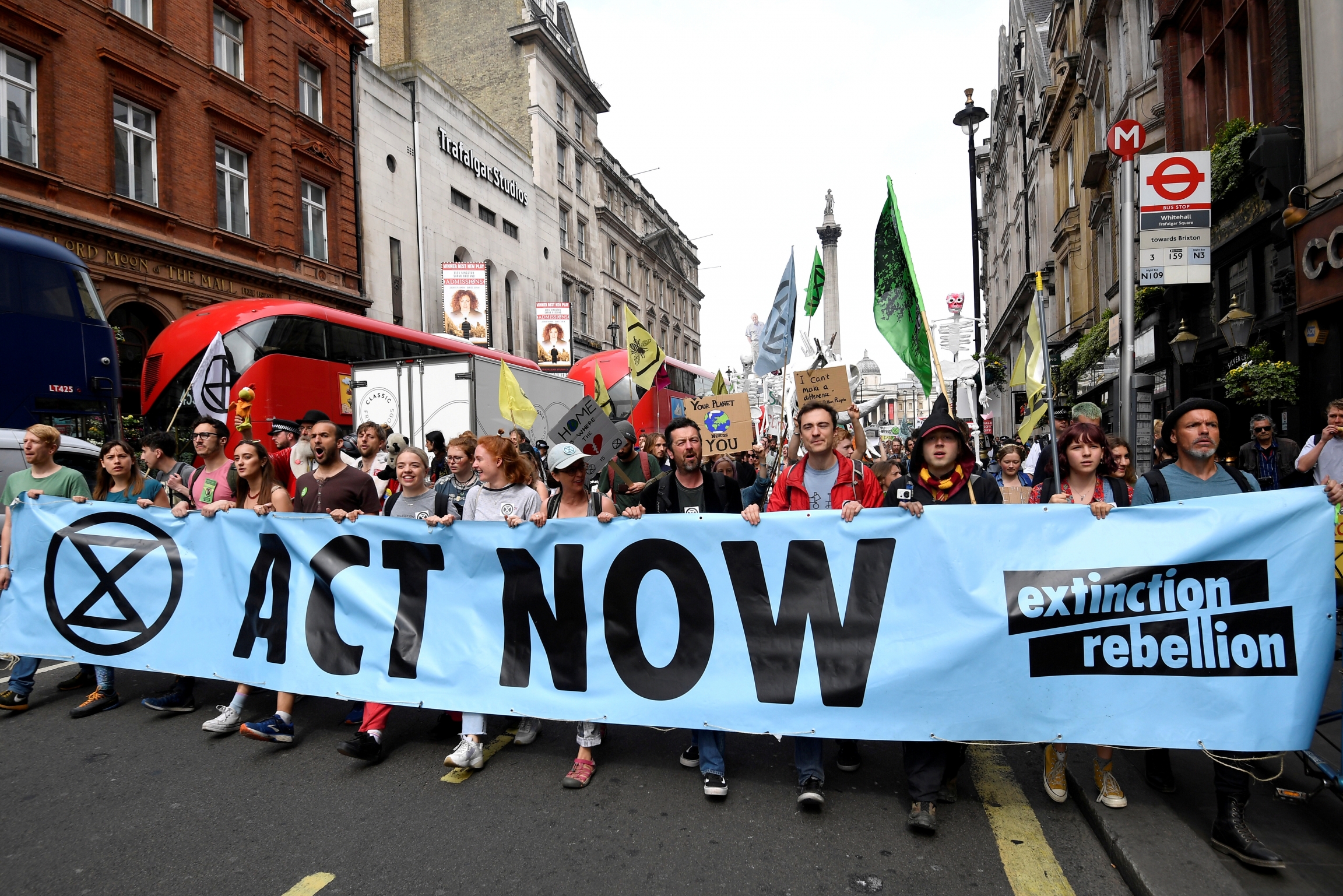 Demonstrators march along Whitehall during an Extinction Rebellion protest in London, Britain, April 23, 2019.

More broadly, Laybourn-Langton, 30, and other champions of "new economics" argue that it is time to acknowledge that the state must play the central role in marshaling a response to looming systemic environmental shocks.

But rather than harking back to the nationalization and executive wage caps of 1970s left-wing politics, they think governments should support communities to create new, participatory forms of economic activity that can tackle social inequality while also restoring planetary health.

Candidates include locally run clean energy projects, worker-owned cooperatives, many kinds of progressive businesses, and regenerative agriculture or rewilding practices that could grow exponentially in a favorable policy environment.

New economic indicators could also be developed through democratic consultations to measure advances in fairness, health or sustainability, building on examples such as the Genuine Progress Indicator, an early attempt to devise a more rounded alternative to GDP.

Britain has first coal-free week in over a century https://t.co/MdQYKEWMO2 pic.twitter.com/UqpwUeVyVo

While many businesses and local groups are pursuing variants of these initiatives, the philosophy is most visible in the Green New Deal.

Proposed by US Representative Alexandria Ocasio-Cortez, who is backed by the youth-led Sunrise Movement, it aims to marry social justice with the renewable energy and climate agenda.

Orthodox economists from across the US political spectrum have countered that the existing system simply needs a tweak in the form of a carbon tax and rebate system to cut emissions, while Republicans and some investors have subjected the Green New Deal to a barrage of criticism.

"It is a 70-, 80-, 90-trillion dollar ... socialist takeover of energy," Jonathan Hoenig of the Capitalist Pig hedge fund told Fox Business in March. "It really is socialism writ large."

Nevertheless, two monumental, multi-year scientific studies have found that the corporate-led assault on the web of life is accelerating so fast that it is too late for mere tinkering.

In October, the UN-sponsored Intergovernmental Panel on Climate Change (IPCC) concluded that only a profound economic transformation would allow the world to curb carbon emissions quickly enough to limit global warming.

On Monday, a parallel 130-nation scientific study said industrial society has pushed a million species to the brink of extinction. Plants and animals are vanishing tens to hundreds of times faster than during the past 10 million years, the 145 expert authors found.

Eduardo Brondizio, an anthropologist who co-chaired the report said it was time to abandon a growth-at-all-costs mindset: "'Business as usual' has to end."

"Panic in their eyes"

Among the questions dividing the "new economists" is whether the risk of catastrophic climate change is now so acute that economic growth should be suspended altogether in order to cut greenhouse gas emissions fast. Some still see room for sustainable "green growth," but others want governments to oversee sharp reductions in consumption now, to avoid what they fear would be a descent into a 21st-century Dark Age.

While nobody disputes the challenge of rewiring the world economy, an upsurge in climate activism, including a global school strike movement and an international civil disobedience campaign by Extinction Rebellion, is sparking new conversations.

"The confluence of panic in the eyes of young people with hard science is opening up the debate in the mainstream like it hasn't before," said Katherine Trebeck, an Australian political scientist who co-founded the Wellbeing Economy Alliance, a network of academics, businesses and social movements.

Trebeck's new co-authored book, "The Economics of Arrival," cites dozens of innovations in places from Scotland to Costa Rica and Denmark, Portugal and Alaska.

While the investment opportunities in such projects largely remain trivial, some major funds do see the need for change.

"We face a form of capitalism that has hardened its focus to short-term profit maximization with little or no apparent interest in social good," Jeremy Grantham, co-founder of global investment manager GMO, wrote last August.

"We're racing to protect not just our portfolios, not just our grandchildren, but our species. So get to it."