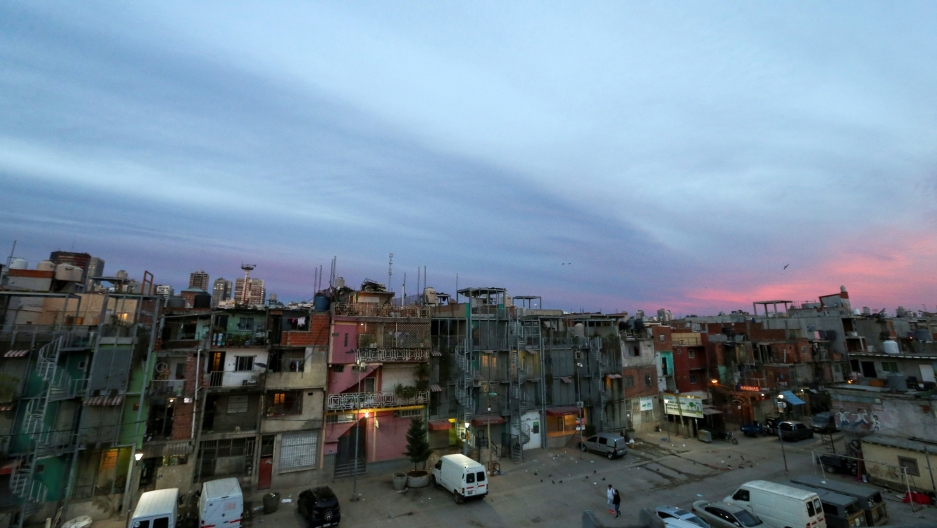 Hobbled by recession and one of the world's highest inflation rates, Argentina may be lurching toward the next in a series of economic crises afflicting the country over the last 70 years.

The peso, which lost 50.5 percent of its value against the US dollar in 2018, has shed another 15 percent so far this year, prompting the central bank on Monday to ease limits on foreign exchange market interventions.

The situation is threatening President Mauricio Macri's chances of being re-elected in October.

How can this be happening again in a country that was once richer than all its Latin American neighbors combined?

Is it Macri's fault?

Macri was elected in late 2015 as a champion of free markets, promising to "normalize" the economy after eight years under President Cristina Fernández, a free-spending populist who placed tight government controls on the markets.

He hired a cabinet of technocrats who promised to use orthodox policies to bring down inflation, attract waves of foreign direct investment and put the country on track toward sustainable growth.

But some of the measures Macri promised would cure the country's economic ills just gave it a different ailment.

Related: In Argentina, Uber is 'illegal' but unemployment is rampant

To attract investment, Macri set out to cut the fiscal deficit. First on his list of budget cuts: the generous public utility subsidies that helped families recover from a 2001/02 sovereign debt default and shock currency devaluation that tossed millions of middle-class Argentines into poverty.

As useful as Macri's budget cuts were on the fiscal side, they had an unintended effect on people who had long taken the subsidies for granted. Every time a water, electricity or home heating gas subsidy was reduced, people's monthly utility bills rose.

The utility bills sapped the economy by reducing consumer spending in other areas and boosted inflation as businesses increased the price of goods and services to pay their own rising utility bills.

But Macri started off so well

After taking office in December 2015, Macri got off to a good start.

But Argentina's high labor costs and activist unions known for going on strike continued to scare off investors. The big foreign bricks-and-mortar investment promised by Macri never arrived and the central bank appeared flat-footed in dealing with the inflationary threat linked to the subsidy cuts.

When the United States raised interest rates last year, money started flowing out of Argentina and other riskier emerging markets. All this pressured the peso, prompting the central bank to increase interest rates, which further weighed on the economy. A noxious circle of fear, low private investment, recession and inflation deepened.

As the familiar doubts resurfaced about Argentina's ability to pay its debts, Macri negotiated a $56.3 billion standby financing agreement with the International Monetary Fund.

The deal included a promise from the government to erase its primary fiscal deficit in 2019. To hit the target, the Macri administration cut more subsidies, further inflaming inflation.

Meanwhile, the central bank's reference interest rate, the one it gets for issuing short-term notes, shot to over 74 percent, choking off what little credit there was for businesses and households.

Some Argentines have started to look back fondly on the tenure of Fernández. She remains popular among low-income voters who benefited from generous welfare spending during her 2007-2015 administrations.

Fernandez could pose a tough challenge to Macri if she runs for another term in the October general election.

As much as the economy has suffered under Macri, many investors fear that leftist Fernández would be worse. The catch is that when investors get nervous about political uncertainty, they yank money out of Argentina, making it harder for Macri to pursue his orthodox policies and get re-elected.

The president has already been forced to embrace some populist policies, including grains export taxes and price freezes on food staples, two hallmarks of the Fernández years.

This has generated concern among investors who say these measures go against Macri's own market-friendly platform.

With the October vote up for grabs, the only certainty in Argentina is that uncertainty looks set to reign during the months ahead.