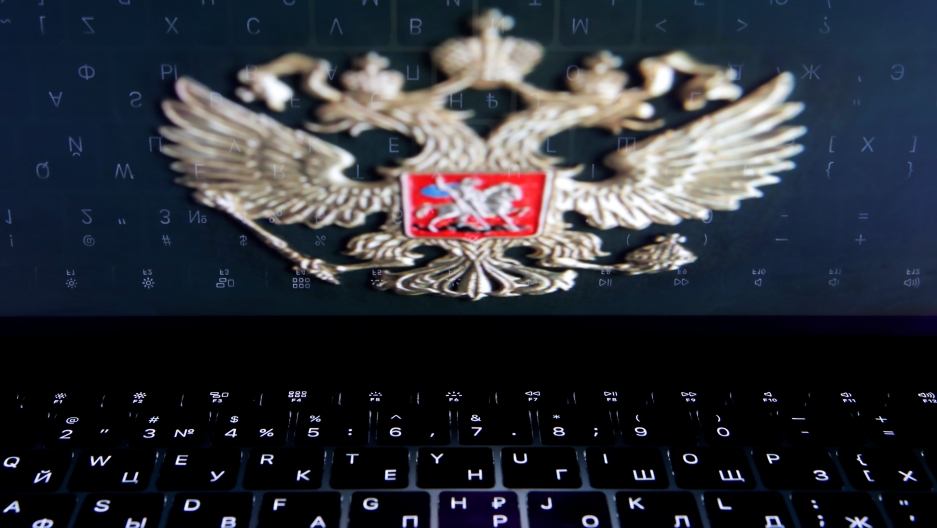 Lyudmila Savchuk went undercover at a Russian troll farm in St. Petersburg in 2014. Since then, she's made it her mission to speak out against Kremlin-connected troll farms.

Slaying online trolls can be a lonely business. Just ask Russia’s Lyudmila Savchuk, who first exposed the story of Russia’s disinformation campaign back in 2014.

The journalist and 33-year-old mother of two, Savchuk started noticing websites and social media accounts attacking local opposition activists in her hometown of Saint Petersburg with a frequency she hadn’t seen before. 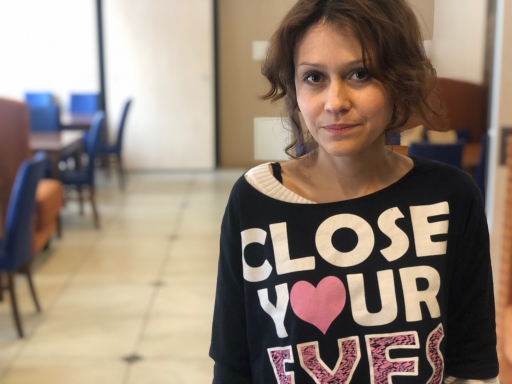 Russia’s Lyudmila Savchuk was hired as a blogger. Once on the inside, Savchuk was stunned to see hundreds of young Russians working as paid trolls in rotating shifts.

The posts were all too similar. The verbal assaults too coordinated. So, when Savchuk later heard that an organization rumored to be behind the campaign — the Internet Research Agency or IRA — was hiring writers, she went for it.

“I wanted to get in there to see how it works, of course,” says Savchuk. “But the most important thing was to see if there was some way to stop it.”

She was hired as a blogger and told to report to Savushkina 55, a nondescript four-story office building on the outskirts of town.

Once on the inside, Savchuk was stunned to see hundreds of mostly younger Russians working as paid trolls in rotating shifts.

Roaming the halls when she could — cameras were everywhere — Savchuk discovered the IRA was full of different “departments.” There was the “news division,” the "social media seeders", and a group dedicated to producing visual memes known as “demotivators.”

Related: A guide to Russian 'demotivators'

Despite the division of labor, the content was remarkably uniform. The US, the EU, Ukraine’s pro-European government, and Russia’s opposition were regular targets for scorn. And then there was Russian President Vladimir Putin — seemingly no Russian triumph under his rule was too small to warrant a celebratory tweet, meme or post.

“Each worker has a quota to fill every day and every night,” Savchuk says. “Because the factory works around the clock. It never stops. Not for a second.”

“I wanted to get in there to see how it works, of course. But the most important thing was to see if there was some way to stop it.”

The work occasionally dipped into the absurd: at one point, Savchuk had to pretend to be a fortune teller named “Cantadora” — mixing blog musings on astrology, crystals, and rare gemstones with pro-Kremlin talking points. (One of Cantadora’s more accurate predictions was Vladimir Putin’s victory in Russia’s then-future 2018 presidential elections.)

This kind of soft-pedal trolling, Savchuk says, seemed to prove that the IRA was bent on reaching even the most marginal and apolitical of Russia’s expanding online audience.

In total, Savchuk spent just two and a half months at the IRA before she went public about the troll factory in a local newspaper.

Her conclusion: The troll farm was a Kremlin project, run by a shadowy local restaurateur named Evgeny Prigozhin.

While Prigozhin has denied those charges, his name may sound familiar to American audiences. Often called “Putin’s Chef” for his close ties to the Russian President, Prigozhin was placed under US sanctions in 2018 for what American officials say was a coordinated attempt to interfere with the US elections.

Related: Autocracies that look like democracies are a threat across the globe

But that? That would all come later.

Even before the local troll exposé spread into a full-blown international scandal, Savchuk shifted to activism: lecturing on disinformation and trying to name and shame participants in the troll farm.

“I acted like any journalist would,” she says. “Only, then I went further. I realized an article wasn’t enough.”

She even sued the IRA in a Russian court in 2015 — winning a symbolic 1 ruble victory over the troll farm for labor code violations.

The court ruling brought the work of the Internet Research Agency “out of the shadows,” says Ivan Pavlov, a human rights lawyer who represented Savchuk in the case.

“I can make comparisons to Al Capone. The US government couldn’t get him for being a gangster but they could get him for tax evasion,” he tells The World.

Meanwhile, Savchuk continued to publish her thoughts on countering disinformation to her main online outlet: her Facebook feed. And this is where Savchuk’s weird troll-slaying story takes an even weirder turn.

After returning home from a disinformation conference in Washington, DC, in November, Savchuk found her Facebook account inexplicably blocked.

Repeated attempts to restore her account and verify her identity with her passport went nowhere. Finally, in mid-February — boom. With no explanation, her profile was back.

After returning home from a disinformation conference in Washington, DC, in November, Savchuk found her Facebook account inexplicably blocked.

Why this happened at all is still a mystery. Facebook did not respond to questions from The World about Savchuk's access.

But Savchuk posits that IRA trolls may have flooded the platform with complaints about her account. Her problems with Facebook, she notes, started only after she talked openly about threats she’d received from people affiliated with Evgeny Prigozhin. 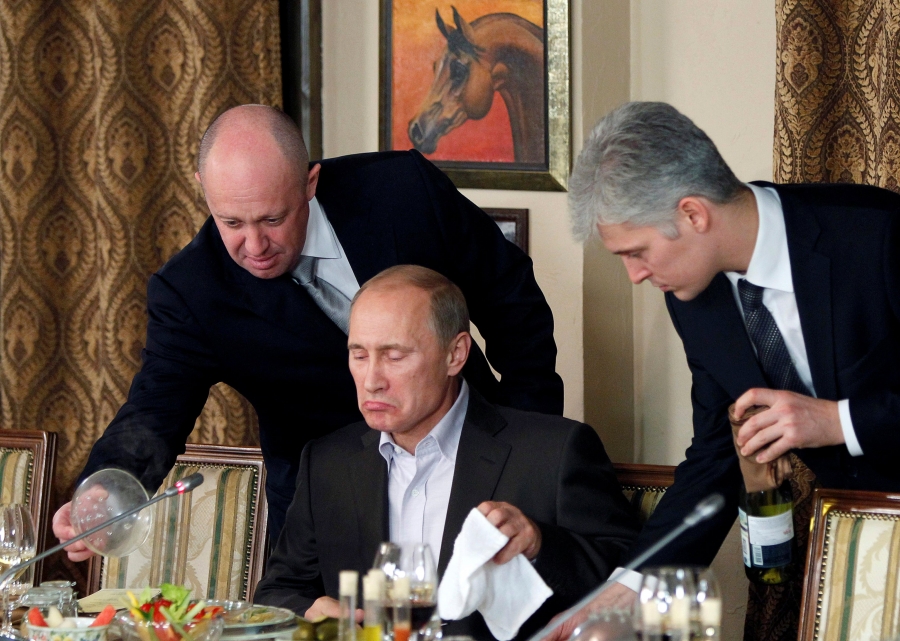 Evgeny Prigozhin, left, assists Russian Prime Minister Vladimir Putin during a dinner with foreign scholars and journalists at the restaurant Cheval Blanc on the premises of an equestrian complex outside Moscow Nov. 11, 2011

The possibility is not far-fetched. Last October, the independent newspaper Novaya Gazeta published an investigation claiming that people affiliated with Progizhin were behind attacks on opposition figures and bloggers.

Another possibility: Savchuk was swept up by a Facebook campaign to weed out fake Russian troll accounts. Company executives have touted those efforts amid increased congressional scrutiny after the 2016 election. And some western media outlets have mistakenly identified Savchuk as a “former troll.”

Either way, Savchuk feels burned by the experience. She says she thought her work against the IRA was helping Facebook understand how its platform could be gamed.

“When Facebook blocked me,” she says. “I couldn’t do that anymore.”

Meanwhile, the stress and online isolation have taken a toll. Savchuk doesn’t hide that she had a breakdown since blowing the whistle on the IRA.

And while she doesn’t regret taking on the fight, this troll slayer — now 37 — is no longer convinced she can win.

A recent investigation into Prigozhin suggests his media empire and government contracts have grown exponentially since the IRA was cast out of the shadows.

Despite — or maybe because of — attention from the US, good things keep coming Prigozhin’s way.