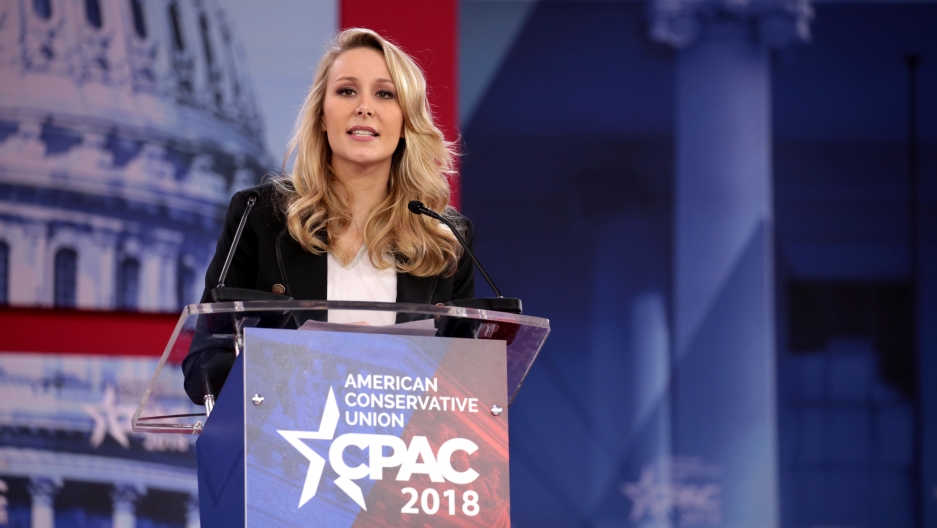 Marion Maréchal is a new generation of a French political dynasty.

Her grandfather is Jean-Marie Le Pen, founder of the far-right National Front party. Her aunt, Marine Le Pen, is the head of that party, now called the Rassemblement National or National Rally. She lost the presidential election to Emmanuel Macron last year.

In 2012, Marion Maréchal — known then as Marion Maréchal Le Pen — was elected to represent the National Front in southern France. At 22, she was the youngest parliamentary ever elected in the country.

She quit politics last year and dropped her famous last name, but she hasn’t dropped her focus on giving the far-right a boost.

At the Conservative Political Action Conference (CPAC) in Maryland this year, only two international guests were invited to speak: British Brexiteer Nigel Farage and Marion Maréchal.

She told the crowd that France has fallen victim to “40 years of massive immigration, Islamic lobbies, and political correctness.”

“Just like you, we want our country back. I came here to tell you that there is a youth ready for this fight in Europe today (…) That is why I have recently launched a school of management and political science. What is the goal? To train the leaders of tomorrow, those who will have the courage, the discernment and the skill to defend the interests of their people.” 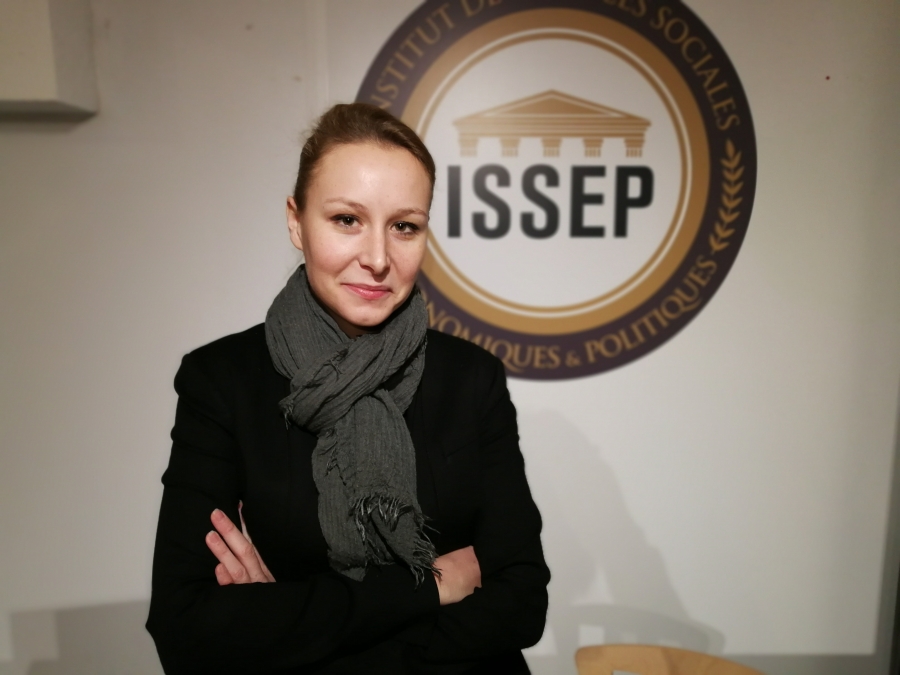 At 22, Marine Le Pen's niece, Marion Maréchal, was the youngest parliamentary ever elected in France. Last year, she spoke at CPAC and told the crowd that France has fallen victim to “40 years of massive immigration, Islamic lobbies and political correctness."

Steve Bannon, US President Donald Trump’s former chief strategist, later said that Maréchal’s speech was electrifying and called her a “rising star” on the right in France.

Related: Steve Bannon's 'The Movement' is an umbrella group of anti-establishment, populist parties in Europe

It’s a tiny but brand new grad school with three small classrooms, common areas and a media room designed like a TV set.

"I feel like I am still engaged in politics, but in a more noble sense, politics directly at the service of citizens,"  Maréchal said. "This project means a lot to me; it’s connected to my personal convictions."

As of January, 90 full-time students will be registered for mid-career weekend seminars.

She says what’s different about her program compared to other French schools is that her students are learning how to run a business as well as a political campaign. There are courses in politics, management and public speaking. But there are also classes in ballroom dancing, etiquette and wilderness training.

Maréchal says her school is filling a gap in French higher ed.

“We decided to train a business and political elite with a different approach, under the banner of a school with a clear conservative mindset,” she said. “That’s unusual in France.”

Related: How higher ed will be a battleground for immigration debates in 2019 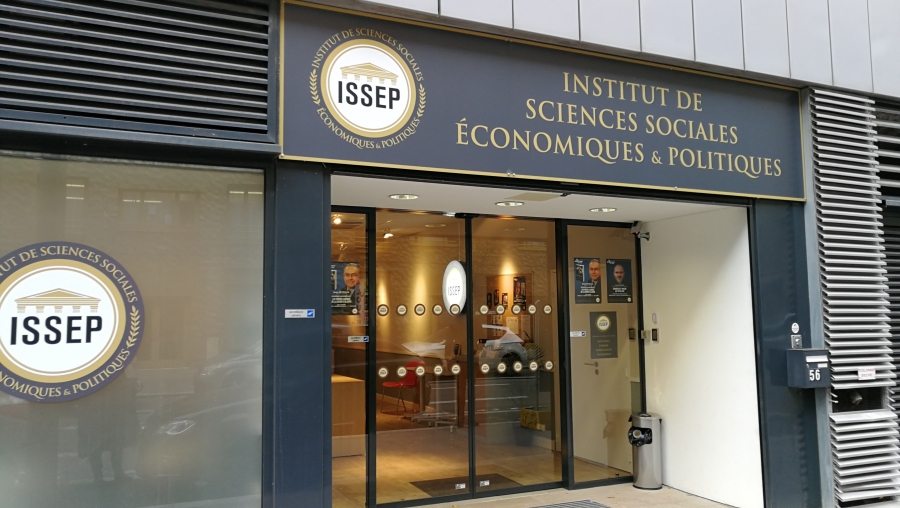 Maréchal says France’s elite schools, like Sciences Po in Paris, may claim to be politically neutral, but she says they promote leftist values, such as diversity, open borders, and events like “LGBTQ week” and “hijab day.” Maréchal says that makes it hard for conservative students to express their views.

Political scientist Jean-Yves Camus, who specializes in radical politics, says Maréchal wants to use the school to groom future supporters and rebuild a nimble, ultra-conservative movement in France.

“I think she was extremely impressed by the fact that in the US there’s a powerful and organized conservative movement in the mainstream, not the margins,” he said. “And I think that’s what she wants to emulate. But is that doable with the small number of students she has now? If that grows, maybe, but if it not, it won’t work.”

Erik Tegnér is one of those students. He’s a 25-year-old investment banker who commutes from Paris to Lyon one weekend a month for seminars. He’s the only ISSEP student who agreed speak to speak with The World.

Related: For France's yellow vest protesters, 'gas tax is the tip of the iceberg'

Tegnér is president of large conservative youth group Racines d'Aveniror  or “Roots of the Future.” His goal is to build a right-wing coalition to help elect a conservative French president in 2022. And he says ISSEP and Maréchal’s star power can help with that.

“In terms of training, we have too few young people in politics who have received an adequate ideological education,” he said. “Too few have the tools and know how to run a campaign, and how, once you’re in power, you can take action and change society.”

Maréchal’s school has drawn criticism in France. Some said she didn’t have the right degrees herself to run a grad school. Others said she was confusing politics and political science. One story, in particular, referred to the school as “a finishing school for the far right.”

Her full-time students pay about $6,000 a year, though the school is not yet accredited by the state. By US standards $6,000 may seem cheap, but in France, it’s a lot of money.

Maréchal says individuals and business donations, all from France, help fund the school, but the list of donors is not public.

Related: Francis Fukuyama on 2018, a year in identity politics

For the time being, Maréchal says she’d like to build alliances with like-minded schools throughout Europe, the US, Russia and China.

She says in a globalized world, her students need to learn more than ever how to defend French interests. And that maybe in the future, she'll return to politics.

"If I see that the school is running smoothly, I may run again, but I can’t say what will happen in five or 10 years.”