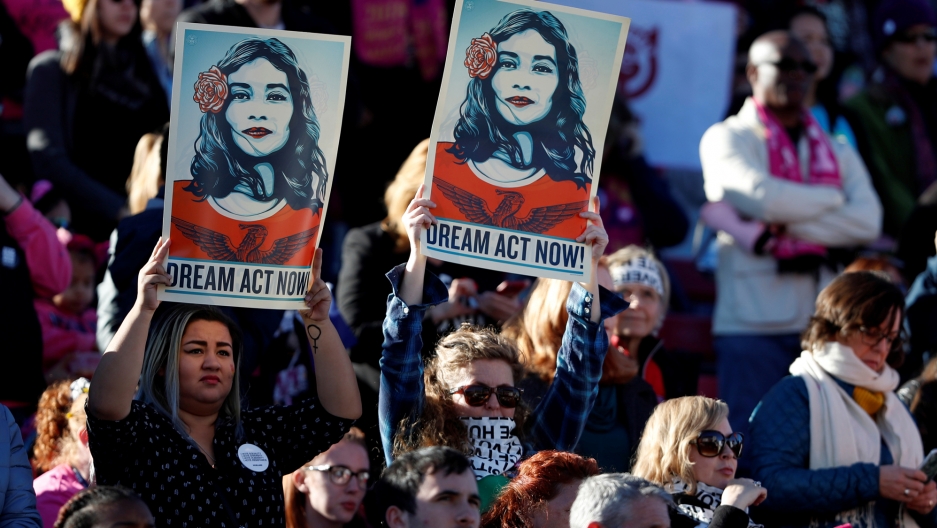 In 2019, immigration advocates expect that higher education institutions will be at the forefront of US immigration policy debates.

From the uncertainty around the Deferred Action for Childhood Arrivals program to the Trump administration’s new planned changes for student visas and work authorization programs, educators say they’re concerned about how immigration policy will ultimately impact immigrant students at US universities.

“We all feel very much the need to support our Dreamers, our international students and scholars in these very uncertain times,” said Rutgers University chancellor Nancy Cantor, who co-chairs the Presidents’ Alliance on Higher Education and Immigration, a national policy-making group that supports immigrant students. “These are significant contributors to the higher ed ecology. The laws, the changing ones, are very complicated.”

Leaders in higher education say these five issues will be critical to watch:

There are two prongs to watch when it comes to the DACA program: the courts and Congress. DACA’s future hinges on either a ruling by the Supreme Court or congressional legislation.

The program, created by the Obama administration, provides deportation protections and work authorization for young people who were brought to the US illegally as children. The Trump administration announced in September 2017 that it would end the program, but multiple lawsuits have kept it alive through injunctions. DACA renewals are currently allowed, but no new applications are being processed. An estimated 40 percent of the approximately 700,000 people with DACA status are students.

Federal judges in California, Washington, DC and New York issued separate injunctions that forced the US government to keep the program open. The University of California Regents, the governing body of the state’s public university system, is the lead plaintiff in the California case.

In August, a Texas judge denied states’ request to end the program but left open the question of the program’s constitutionality.

Related: Nearly 40 percent of DACA recipients are high school or college students. Now their future is in limbo.

Before the 9th Circuit of Appeals upheld the California ruling in November, the Department of Justice had requested the Supreme Court to take up the Regents case and two other cases related to the end of DACA. If that request is granted, a Supreme Court ruling on the lawfulness of the Trump administration’s termination of DACA would come by the end of June.

At the same time, Congressional legislation that would give DACA recipients more stability remains elusive. Lawmakers’ efforts to pass bills that would provide “Dreamers” — the name for undocumented youth that comes from legislation that never became law — a path toward citizenship, have failed. It’s unclear whether a new Democratic majority in the House of Representatives could succeed on that front.

“Until there is a legislative solution, there's not going to be an answer to the uncertainty,” says Josh Rosenthal, a staff attorney with the National Immigration Law Center.

Similar to 2017, new enrollments for international students at US universities dropped in 2018. Educators say new rules for student visas and planned restrictions to foreign worker visas could contribute to a continued decline this year.

Last summer, US Citizenship and Immigration Services announced changes to how it counts “unlawful presence,” or when someone is not authorized to be in the US for F, J and M nonimmigrant visas — which are commonly held by international students.

“Our students could end up inadvertently out of status and retroactively facing travel bans of anywhere from three to 10 years for trying to re-enter the United States, and that would really disrupt educational plans and degree completion and engagement in the research enterprise,” Cantor said.

Dozens of universities signed a legal document known as an amicus brief in support of a lawsuit against the US Department of Homeland Security calling for a temporary hold on the changes.

Visa programs that allow international students to work in the US after they finish their studies could face further challenges and restrictions in 2019.

The Trump administration already issued restrictions to the type of workplaces that could qualify for Optional Practical Training, which gives work authorization to foreign students and STEM OPT Extension, which adds an additional 24 months of work authorization for those working in science, technology, engineering and math.

It has also said it would restrict who is eligible for the H-1B visa and the type of companies would be allowed to hire foreign workers under this program. H-1B visas are one of the only avenues for international students to work in the US long-term. Finally, the administration is rescinding work authorization for H-4 visa holders, who are spouses of those with H-1B visas.

Educators say these changes could further deter international students from wanting to come to the US because they and their spouses would have a more difficult time finding work.

“The reason why higher education in the US has done so brilliantly, is because of our openness to the world, our focus on equity and access,” says Miriam Feldblum, co-founder and executive director of the President’s Alliance on Higher Education and Immigration. “That’s the key core mission of higher education: to ensure individuals are nurtured and able to unleash their talent to the world.”

Numerous colleges have publicly opposed the Trump administration’s move to widen the definition of the federal “public charge” rule. The government uses the rule to deny green cards to those who have received certain benefits and are deemed likely to become a “public charge.”  By expanding the list of programs within the rule, more people could be denied a green card.

A final ruling has not yet been announced.

The proposal “will bring real and lasting harm to the health and well being of immigrant students, children, parents, and families, and result in significantly diminished prospects for immigrant student success,” the Community College Consortium for Immigrant Education, (a network of community colleges working to increase educational opportunities for immigrants and refugees) and the Presidents’ Alliance said in a statement. They pointed to reports of students turning down or not applying for Pell grants, money given to undergraduates from the federal government that do not need to be repaid and other types of financial aid for fear of being deemed a “public charge” under the new rule — even though these types of aid are not included in the proposal.

The CCCIE, for its part, will focus in 2019 on “on education and outreach to counter any confusion and fears this proposed ruling generated,” says director Jill Casner-Lotto.

The CCCIE says immigration integration into the workforce and creating programs that allow for better English language training among immigrant workers continues to be critical in 2019.

There are nearly 28 million foreign-born people working in the US — 17 percent of all workers — and more immigrants than ever before are arriving in the US with higher degrees. But many find it hard to find their footing in the US economy and often end up underemployed or in jobs that do not use their skills or training.

CCCIE says it will work to increase “access to career pathway resources, and advising communities on ways to build relationships with community colleges to better serve skilled immigrants and refugees.”

For example, the group created one project for immigrant workers that delivers online and in-person English as a Second Language curriculum in the retail sector.

Related: Many immigrants have years of work experience. ‘Upskilling’ programs are helping them use that knowledge.