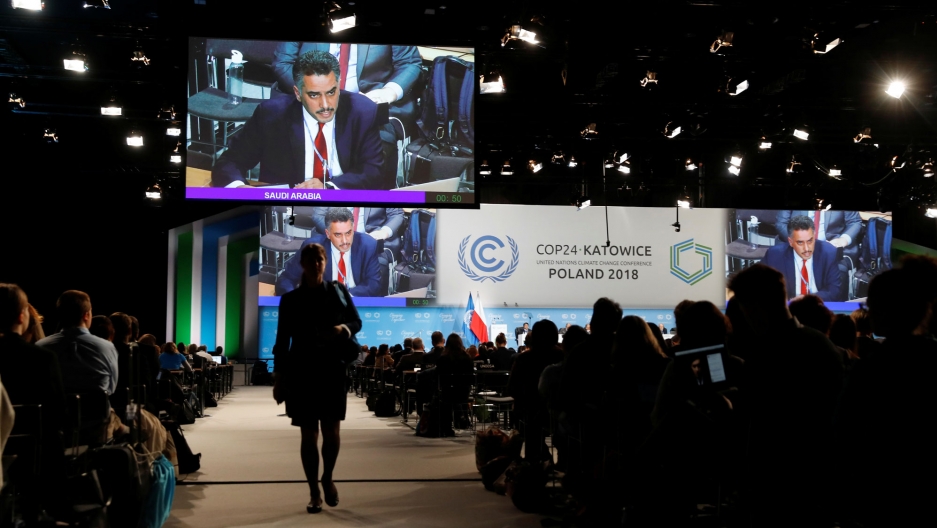 The election of Jair Bolsonaro in Brazil not only marks the rise of another populist nationalist leader on the world stage. It’s also a turning point for the global politics of climate change.

When the new president takes office in January 2019, by my estimate at least 30 percent of global emissions will be generated from democracies governed by populist nationalist leaders.

As climate policymakers meet at this week’s UN climate conference in Poland (a country itself governed by a populist nationalist party) people who care about achieving the Paris Agreement goal should push for and develop new strategies for advancing policies to reduce emissions within countries headed by these leaders.

Firstly, these leaders define “the people” narrowly to refer to a single national identity which is oftentimes anti-elitist. Secondly, they promote policies which are popular among their selected people, or base of support, in the short term but may not be in the long-term economic, social or environmental interests of the country. Thirdly, populist nationalists are expert at capitalizing on their supporters’ cultural fears about a loss of status in society.

Over the past five years there have been several populist electoral victories in countries that are among the highest emitters of greenhouse gases. This includes the US, India, Indonesia, Mexico, Poland and the Philippines. While these regimes each represent a different brand of populist nationalism, they exhibit the basic characteristics I’ve just described.

From my perspective as a scholar focused on global energy and climate policies, it’s clear that the political structure of populist nationalism makes introducing policies to reduce, or mitigate, emissions in democracies difficult.

Mitigation policies require leaders to expend short-term political capital for long-term economic and environmental gains. However, populists have shown a particularly strong disinterest for doing so , particularly if those short-term costs would affect their prioritized group of the people.

Perhaps the clearest example of this is President Donald Trump’s unwinding of the Clean Power Plan. It may bring short-term benefits to his base, which includes coal miners and related interests, but it is not aligned with long-term energy market trends in the US toward natural gas, wind and solar for generating electricity and away from coal.

Secondly, as several country-level case studies have shown, developing policies to reduce national emissions is often a top-down and elite-driven activity. This is particularly true in high-emitting middle-income democracies like Mexico or Indonesia. In these countries, mitigation policies, like carbon taxes, have not emerged by way of large scale social movements but by top-down policy processes supported by international donors and nongovernment actors. In these countries, climate mitigation is at risk of being overridden by policies with more popular appeal.

In a forthcoming paper on Mexico, a colleague and I investigate incoming President Andrés Manuel López Obrador’s mitigation policy. The López Obrador’s administration has publicly committed to reduce emissions through a little-known set of carbon pricing policies, while at the same time responding to a popular demand to reduce fuel prices by increasing domestic oil refining. In the contest between the top-down mitigation policy and the widespread popular demands for low gasoline prices, it is likely that the latter will take priority.

A third issue relates to the international governance of climate mitigation. Under the Paris Agreement, governments are asked to progressively ratchet up their emission reduction goals. This mechanism assumes political leaders will respond to international pressure to increase their ambition. However, populist nationalists have shown that they are not motivated by international reactions to their climate policies.

Take Indonesian President Joko Widodo, for instance, who was elected into office in 2014. As I have described elsewhere, one of his first moves in office was to shut down a $1 billion mitigation policy program funded by the Norwegian government. This decision to close the agency breached the bilateral agreement between Indonesia and Norway, and points to the disregard shown by some of these leaders to international political pressure.

As these short anecdotes suggest, the mechanism by which populist nationalists hold and retain political power makes it difficult to introduce climate mitigation policies. Their interest is to prioritize short-term programs which favor their select group of the people, rather than longer-term mitigating policies which have widespread economic and environmental benefits. Also, because they don’t comply with traditional norms of international relations, it will not be possible to coerce this group into meeting the Paris Agreement goals.

However, there are some ways countries that want to make reach consensus on global climate policies can better engage these leaders.

As a starting point, it is important to emphasize the short-term benefits of climate mitigation policy to populists.

I believe policymakers and advocates would be well-served in drawing attention to how clean energy may bring multiple short-term benefits to the people on whose support these leaders rely, including lowering domestic air pollution, low cost energy, improved health outcomes and less reliance on foreign fuel imports. Indeed on some of these points, Bolsonaro, has recently said that he will increase the country’s hydropower and nuclear capacity.

Further, recent research suggests the cultural dimension of populist nationalism is of central importance. Rather than reducing emissions and tackling global climate change, it may be better to frame mitigation as part of a large-scale effort toward modernization; that is, modernizing energy systems, transportation systems and infrastructure. A narrative built around modernization, highlighting the economic and societal benefits for all, may resonate more with the disaffected middle classes who have led the rise of populist nationalism.

At the international level too there may be some approaches to ensuring the international governance regime continues in the face of this current wave of populist nationalism. As scholars David Victor and Bruce Jones have recently argued, it may be useful to form small groups — or clubs — of countries which share similar interests to focus on clean technology and policy innovation. Focusing on shared interests within small clubs may work better than trying to push populist nationalists to comply with broad international agreements.

Populist nationalist leaders, like Bolsonaro, are the consequence of deeply entrenched economic, political and cultural shifts that have occurred in democracies over decades. These leaders, in other words, are likely to be a feature of democratic politics for some time into the future.

To continue to make progress on global climate agreements, I think it’s crucial that negotiating countries meet national populist leaders on their own terms for ongoing attempts to save the climate.