“The Long Walk was a huge initiative undertaken by Kit Carson and his team of various military branches,” Vanessa Roanhorse explains, “to round up as many Navajos as they could, and force them on this walk.”

Two years ago, Vanessa Roanhorse was in Taos, New Mexico, with her husband, and they walked by the Kit Carson museum.

"My husband was like 'who's Kit Carson?'” says Roanhorse. “I'm looking at him thinking, ‘how do you not know who Kit Carson is?'”

Although Carson is a significant part of US history, people outside of the Southwest generally have no idea who he was. He was a frontiersman, famous as a tracker and wilderness guide and for shaping New Mexico.

But for the Navajo, he is the devil — and the reason is the Long Walk.

“The Long Walk was a huge initiative undertaken by Kit Carson and his team of various military branches to round up as many Navajos as they could, and force them on this walk," explains Roanhorse.

That walk was actually some 50 separate marches. Almost 10,000 Navajo, as well as several hundred Mescalero Apaches, traveled as many as 400 miles to reach Fort Sumner in eastern New Mexico — or as it is known to the Navajo, Hwéeldi, The Place of Suffering. 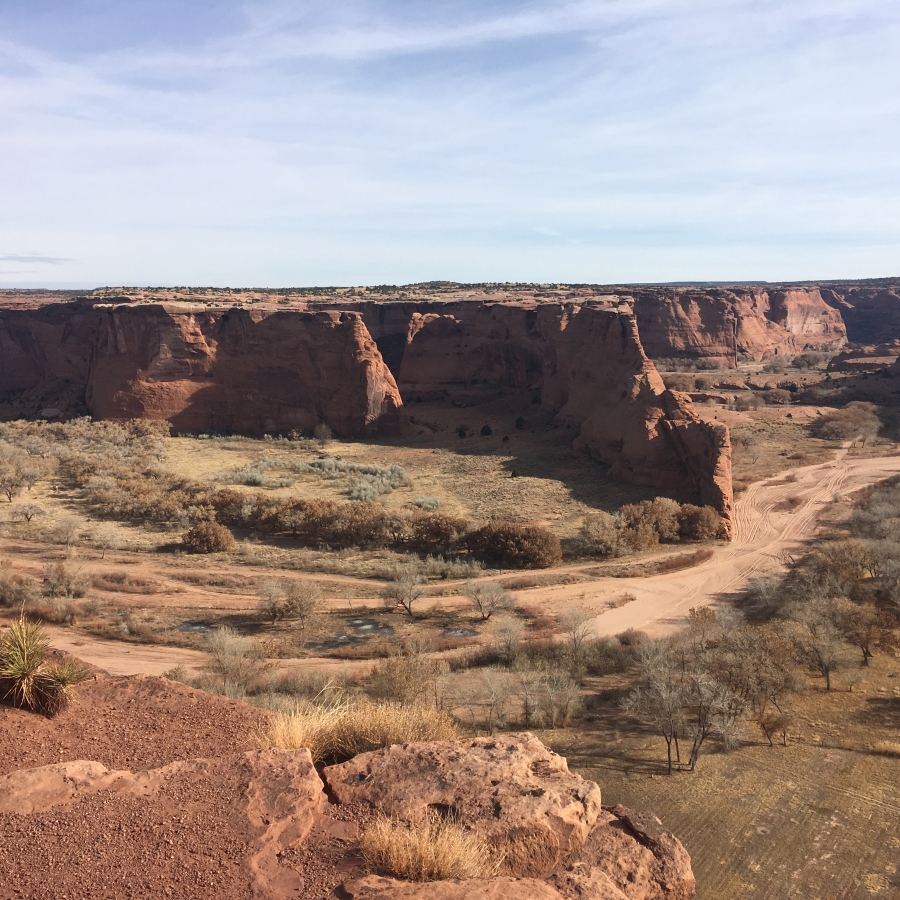 Related: The violent collectors who gathered Indigenous artifacts for the Queensland Museum

At the museum, Roanhorse looked for this side of the history, but she couldn’t find it. “There wasn't one mention of any relationship with Native Americans. It was completely devoid of the story, which was just blowing my mind,” says Roanhorse.

Roanhorse had moved from Chicago back to New Mexico so that her son Arno would have access to his Navajo culture.

“I have a son who is half Navajo, half white and he's going to spend the rest of his life trying to make sense of who he is, where he belongs. And my hope is I can instill with him a strong sense of his Navajo family and his culture,” Roanhorse says.

For Roanhorse, part of knowing where she comes from includes understanding some very painful parts of US history.

While the Civil War raged on the eastern coast, General James Henry Carleton, commander of the US military in New Mexico, was tasked with “solving the Navajo problem.” He turned to Kit Carson.

Related: A trailblazing filmmaker wants to make sure Native stories have their place in the American narrative

Unlike most white men at that time, Kit Carson was known to be sympathetic to Native peoples, on some level. At first, he tried to resist the assignment. Ultimately, though, he was the one who gave the orders to burn Navajo crops and slaughter Navajo livestock, forcing a mass starvation. In the end, hunger caused an estimated third, to a half of the Navajo population to surrender. They were then forced to march to Fort Sumner. Through Navajo oral histories and archival research, historians estimate that about 3,000 Navajos died at Fort Sumner. That’s roughly one out of every three captives.

AnCita Benally, a Navajo historian, says, “Even if our ancestors didn't go on the Long Walk, we were still affected by it. We can all trace our lineage back to that time, to those people that lived the Long Walk.”

Related: Native playwright Mary Kathryn Nagle resurrects her past to tell a story in the present

Benally explains that the trauma of the Long Walk runs through the generations. She worries for the Navajo youth who grow up without knowing about their past, and how that impacts their present.

Lorencita Willie is a student at Diné College, located on the Navajo Nation in Tsaile, Arizona. Willie grew up without knowing her family’s story of the Long Walk. She says, “We don't talk about it. It's just something you don't talk about. It was a painful time, the Long Walk, and what happened to our people and why we are the way we are now.”

Related: These Sámi women are trying to keep their native Skolt language alive

Willie wanted to understand for herself how historical trauma plays out through time. “I started doing some research and reading up on trauma,” she says, “And I started to understand a little bit [about] why I felt the way I felt. Although I didn't personally experience a lot of things that have happened to our people, I feel it.”

Willie now has a daughter, Mika. “Last night when my daughter had asked me about my childhood, I almost didn't want to share it,” Willie says quietly. “I was wondering why am I doing the same thing? Why am I not sharing stories? Why am I not talking about it?”

A challenge for someone like Willie, a young Navajo person trying to learn her history, is that there is a long-standing spiritual taboo over speaking of the dead.

When the Civil War ended, policymakers in Washington finally took a look at what was happening in the southwest. There had been numerous complaints about the suffering of the Navajos at Fort Sumner.

General William Tecumseh Sherman traveled to Fort Sumner to see for himself, and he agreed that the situation was indeed terrible. He gave the Navajo leader, Barboncito, and his people two options. They could either go to Oklahoma, where so many other tribes had been sent, or they could return to their homeland. However, in either case, the Navajo Nation Treaty of 1868 demanded that the Navajo give up many elements of their culture, including the right to educate their own children. 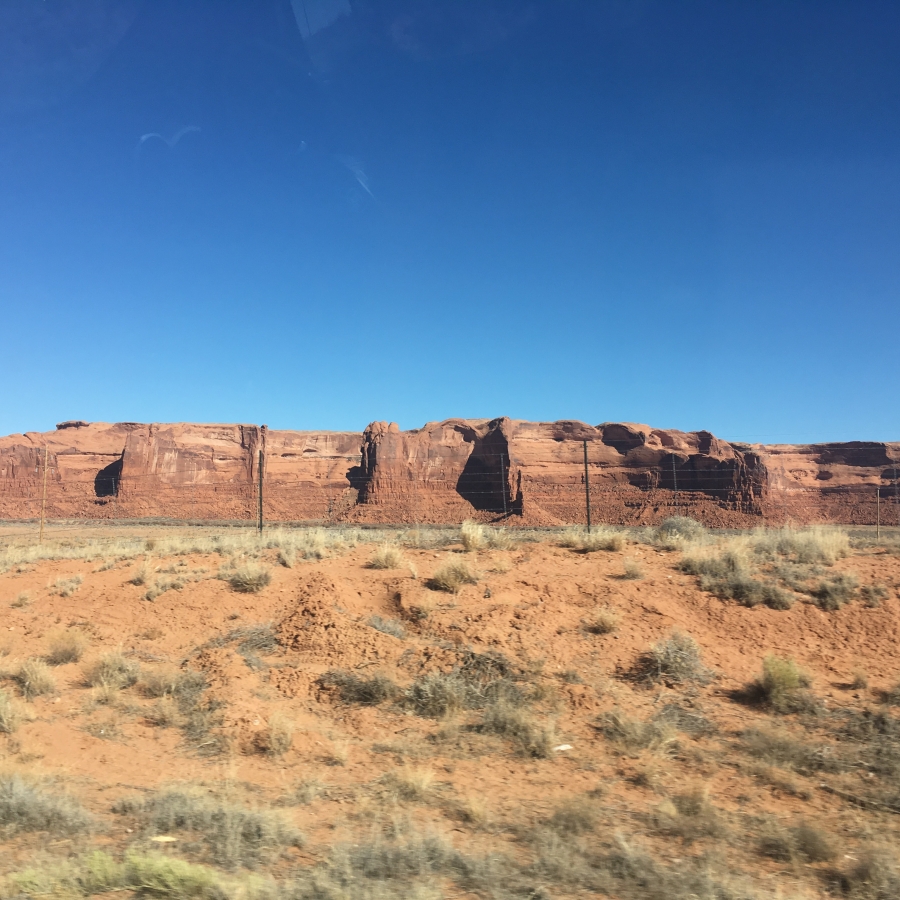 On June 1, 1868, the Navajo Nation treaty was signed and, almost immediately, the Navajo at Fort Sumner began the long journey home.

Today, Willie is trying to understand the impact that event has had for 150 years on her people. She’s started interviewing other Navajos about their awareness of the Long Walk, and whether they know their family’s relationship to it. She’s begun to talk with her daughter about her own past.

Like Willie, Roanhorse, wants to share her family’s stories with her son Arno. She wants her son to know his Navajo heritage as easily as he learns his father’s European American background. For Roanhorse, this is what Navajo people have always done best: pulling different pieces of history together. She thinks of the Navajo as modern-day hackers.

“We find what makes sense, we take what we like and we move forward,” says Roanhorse. “And then it becomes part of our history and our culture.”

This story was reported and produced in collaboration with Jaclyn Roessel, a citizen of the Navajo Nation. Blair and Roessel led a workshop at Diné College teaching Navajo students how to make their own audio recordings of their community’s stories. You can follow some of that work here.