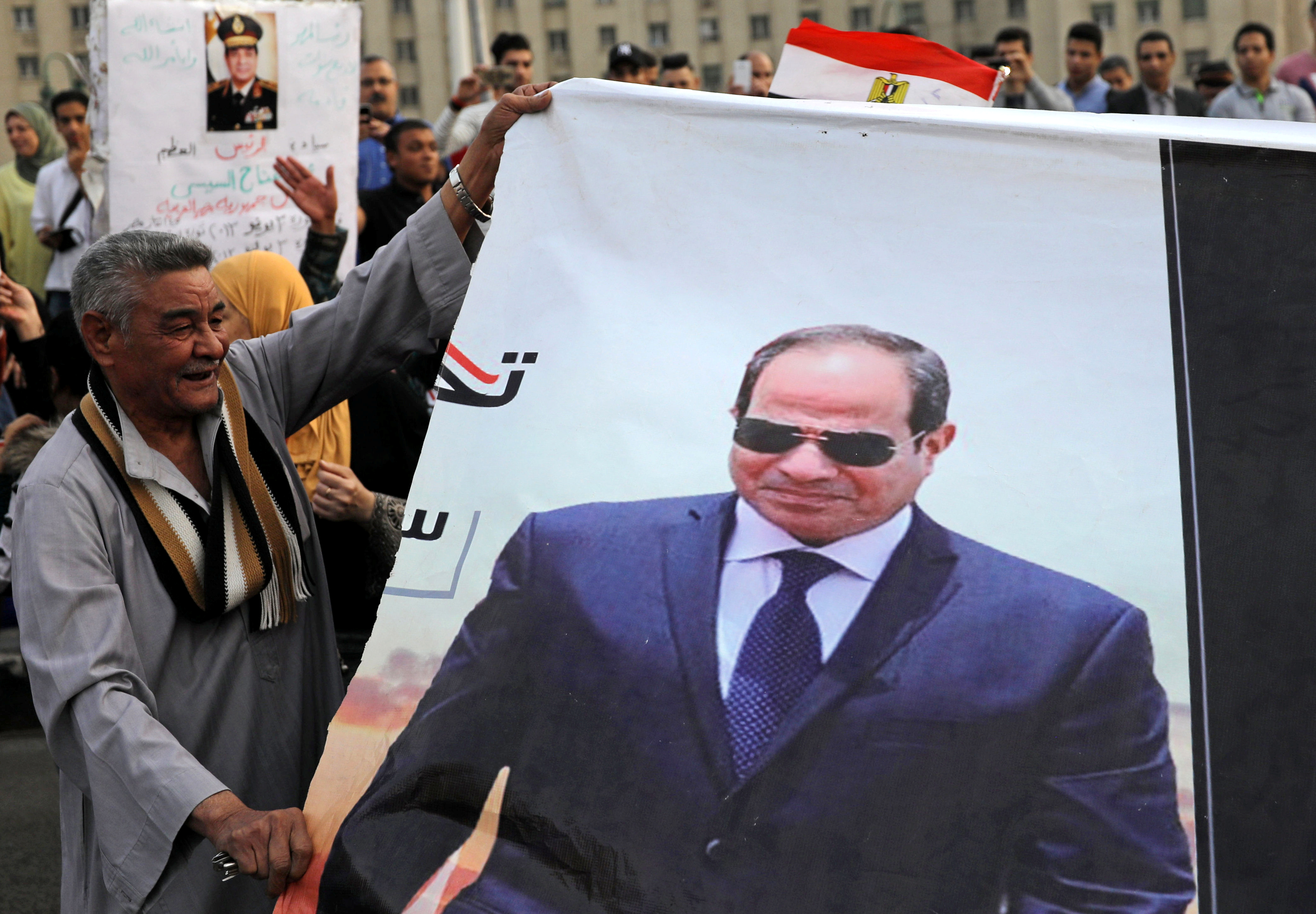 Twenty Egyptian policemen in plainclothes broke into the home of a young satirist on Sunday morning in the suburbs of Cairo. Authorities whisked away vlogger Shadi Abu Zeid and confiscated his computers, cash and electronics. But he was neither taken to a local police department nor charged in a civilian court. His whereabouts remained unknown for more than a day, until Monday evening, when his sister posted online that he had appeared at a state security prosecutor’s hearing in Cairo.

Egyptian authorities have yet to disclose charges facing Abu Zeid, a comic known for his YouTube channel. Experts say he is likely to be tried under the stringent 2015 counter-terrorism law that has indiscriminately been deployed against perceived dissenters. The Egyptian Embassy — which distributed two press releases on Monday afternoon about monetary policy — did not respond to multiple requests for comment.

“This is not an exceptional case, and it’s not about satire,” said Nancy Okail, executive director of the Washington-based Tahrir Institute for Middle East Policy. One might argue that the primary difference between Abu Zeid and the thousands of others currently detained in Egyptian custody is that we know the young comedian’s name.

Local human rights organizations in Egypt have faced impediments in reporting on authorities’ use of national security prosecutors and pre-trial detention. More than 1,286 cases of enforced disappearances have been documented in 2017, according to Egypt’s Nadeem Center for the Rehabilitation of Victims of Violence. The center says that Egyptian authorities on average forcibly disappear three people per day.

At the same time, the Egyptian media landscape is eroding rapidly, according to Okail. “The real aim is that the government wants to be the sole sponsor of the narrative in Egypt, whether it’s serious or satirical, including entertainment and social programs in Ramadan,” she said. Egyptian intelligence services have used a private equity fund to acquire media networks in the past several years, as first reported by the news site Mada Masr.

Little wonder that praise for President Abdel-Fattah el-Sisi is a persistent feature of the country’s mainstream broadcasters. Any opposition to Sisi’s authority is rare and often met with punishment. When former General Sisi was re-elected to his second term as president last month, his only contender was a nonentity and the whole election was stacked in his favor. The Egyptian media cheered along. President Donald Trump congratulated Sisi — and failed to mention the tens of thousands of political prisoners arrested in the country. Among them, 25 journalists are currently incarcerated; state security prosecutors have charged five journalists this year alone with the distributing “fake news.”

Abu Zeid himself rose to national notoriety for a viral video in which he inflated balloons and handed them to security forces guarding Liberation Square on the sixth anniversary of the 2011 Egyptian revolution — except they weren’t balloons at all. They were condoms.

On widely watched Egyptian television stations, performing comedy is an increasingly difficult feat. One network canceled the Arabic edition of "Saturday Night Live" earlier this year. Its writers had long faced obstacles since politics and religion are informally off-limits in Sisi’s Egypt. All that was left to joke about was sex. And in the end, "SNL Arabia’s" undoing was its salacious punch lines that went too far.

Then there’s Abla Fahita, a puppet character and star of a television show that started in 2010. The puppet agitated many Egyptians. In 2014, the puppet was accused of being a member of the illicit Muslim Brotherhood. More recently, she scandalized viewers in a suggestive ad, which ultimately led the network to cancel the show in 2016.

Abu Zeid had served as a correspondent on Abla Fahita, conducting vox pop shticks. He has also performed street disruptions on his YouTube channel “The Rich Content,” which has about 15,000 followers. In one live gag, he engages sexual harassing men on the street in conversation, only to then crack an egg on their shoulder.

The Committee to Protect Journalists doesn’t usually issue statements about humorists. But Sherif Mansour, the watchdog’s Middle East coordinator, said that Abu Zeid’s case met their “threshold” because he conducted on-street interviews. “His show and others like him have pushed the red lines,” said Mansour, who sees the arrest as part of “the Egyptian military government’s attempt to restore the fear barrier which was broken in 2011 after bringing down Mubarak, often through satire.”

In another one of Abu Zeid’s web shorts, this one a comedy sketch from November 2017, two men sit in a modest talk show format. It’s called, "A Very Normal Conversation That Cannot Be Shown."  It’s difficult to make out the words spoken by the host and the guest. One man’s eyes are blacked out, and every other phrase he speaks is bleeped. (“Look this censorship is — bleeeeep.”) Even the cat, who strolls by for a quick cameo, has its eyes blacked out.

Is it dangerous to post videos that mock the censorship of Egyptian TV? BuzzFeed has reported that Egyptian authorities have obtained advanced surveillance technology to monitor users on social media and telecommunication apps. While it may be risky, many web satirists continue to post irreverent content.

Islam Gawish, a viral web cartoonist known for his stick figures that play off memes and Egyptian pop culture, was alarmed by Abu Zeid's arrest. Gawish himself was detained in January 2016 — just overnight, but long enough to mobilize an international cry for solidarity. A prolific illustrator, he is a man of few words. Asked about Abu Zeid’s circumstances, he said, “I think it’s something incomprehensible.”

For Okail, of the Tahrir Institute, the situation is clear: “Anyone who would appear to have any independent line, whatever it is, and have some following outside of the control of the government — that becomes a threat.”

Jonathan Guyer is a fellow at the Radcliffe Institute for Advanced Study at Harvard University and a contributing editor of the Cairo Review of Global Affairs. Follow him on Twitter @mideastXmidwest.