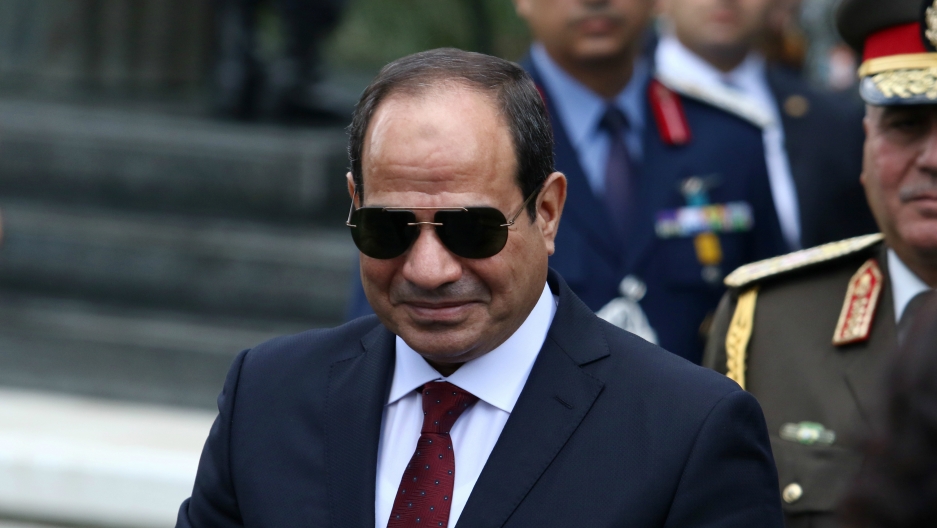 Less than two months before Egyptians head to the polls, President Abdul Fattah al-Sisi looks assured of victory as his main rivals were arrested or intimidated out of the race ahead of the registration deadline for would-be candidates — leaving Sisi with only one opponent: an ardent supporter.

The initial list of candidacy requests published on Wednesday by Egypt’s National Elections Authority (NEA) in the state-owned Al-Ahram and Al-Akhbar newspapers confirmed that Mousa Mostafa Mousa, leader of the centrist pro-government Ghad Party, was the sole person to challenge Sisi.

Critics say Mousa is merely a token to give the elections in late March an illusion of legitimacy, in what is essentially a one-horse race that Egypt’s current president is virtually certain to win — particularly so after challengers critical of the ruling regime quit citing repression ahead of Monday’s closing date for nominations.

“It’s a joke,” said Mohamed Anwar Sadat, the nephew of Egypt’s assassinated former president, and one of the opponents who said he was forced to withdraw from the election. “Everyone knows that [Mousa] is actually the one who is running this campaign to support President Sisi,” he told PRI.

Mousa’s party had been campaigning for Sisi, gathering signatures for his candidacy up until Jan. 20. Screenshots published in the local press on Monday, of a personal Facebook account reportedly belonging to Mousa, showed a cover photo in support of the president.

A Facebook account reportedly belonging to Mousa Mostafa Mousa, the only candidate challenging President Abdul Fattah al-Sisi in Egypt's upcoming election, features a cover photo in support of the president.

Mousa, however, denied accusations of being a dummy candidate: “We’re not entering as puppets,” he told the Al-Youm Al-Sabaa newspaper on Monday.

Up until the morning of the deadline, only Sisi had registered. He had garnered signatures from over 500 lawmakers and 160,000 citizens from across the country, according to the NEA. He far exceeded the minimum legal requirement of endorsements from 20 parliamentarians or 25,000 regular Egyptians from at least 15 governorates.

After the right-wing lawmaker Mortada Mansour withdrew from the race over the weekend, a last-minute scramble ensued to find a candidate to run against Sisi. The relatively unknown Mousa emerged at the very last moment, submitting his candidacy papers just minutes before the 2 p.m. deadline.

Though only publicly announcing his intention to register earlier that day, Mousa claimed he had secured 27 parliamentary and 47,000 public pledges. The NEA’s figures published on Wednesday revised that down to 20 lawmakers.

Though observers say Sisi’s re-election was never in doubt, would-be candidates, who may have provided some semblance of competition for Sisi, fell like dominoes ahead of the nomination deadline.

The strongest challenge was deemed to have come from Egypt’s former military chief of staff, Sami Anan. However, his campaign came to a sudden end last week after he was arrested for seeking the candidacy without the army’s approval. Hisham Genena, a leading member of his campaign team, was severely injured after an attack by unidentified men outside his home on Saturday.

“This attack is a direct message to Mr. Anan,” Anan’s campaign spokesman Mahmoud Refaat said on the phone from France. He had previously told PRI that Anan’s detention was clearly “political.” 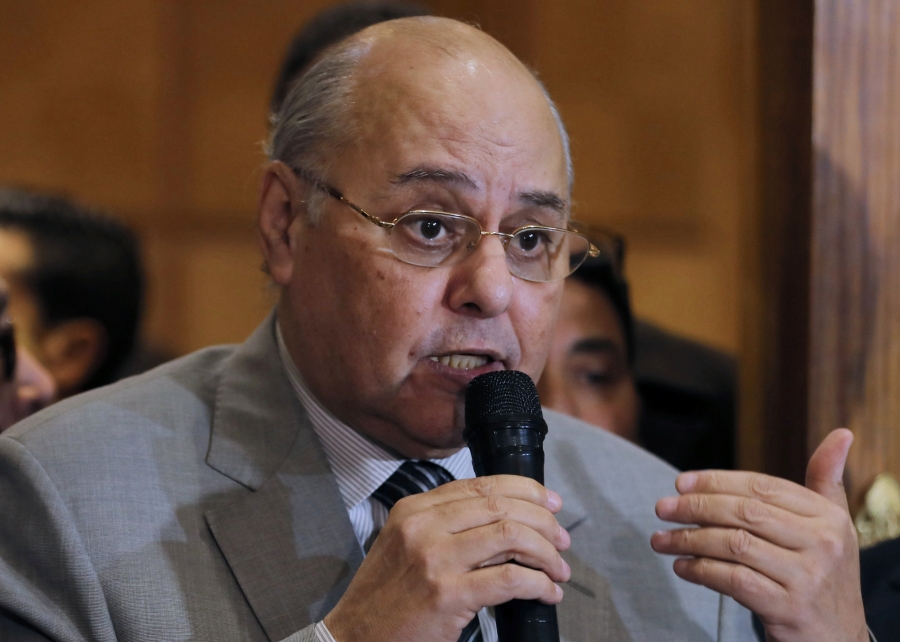 Egypt’s former Prime Minister Ahmed Shafiq withdrew in early January after his family say he was “kidnapped” for 24 hours and then held by authorities in a Cairo hotel. Former lawmaker Sadat and human rights lawyer Khaled Ali said they were both forced to quit after harassment of their campaign staff and supporters and repeated violations.

“It is difficult to determine why the Sisi regime appears so scared of electoral competition without venturing into conjectures about the psyche of the president,” said Brad Youngblood, a research associate at the Tahrir Institute for Middle East Policy.

“Barring military candidates like Ahmed Shafiq or Sami Anan leading a soft internal coup, Sisi was guaranteed a second term in office,” he added. “The near-unconditional support for Sisi’s re-election from the military, the parliament, the judiciary and cabinet ministries in the six months before Sisi even announced his candidacy demonstrated how little he had to fear in what was already going to be a managed election.”

Some, however, are not willing to go along with what they consider to be a sham election.

On Tuesday, a coalition of over 150 politician and activists called for a boycott. This includes Genena, Anan’s campaign aid, and lawyer Hamdeen Sabahy, who ran against Sisi in 2014’s presidential election. Earlier in the week, five opposition figures had called on Egyptians to reject the election result. Separately, Sadat has urged the opposition to join him in a peaceful march to the presidential palace to give Sisi a list of demands relating to Egypt’s political future.

Speaking on Wednesday at the opening of a giant offshore gas field, he issued angry threats of reprisals, widely believed to be aimed at those opposing the elections. “There will be other measures against anyone who believes he can mess with [Egypt’s] security,” a furious Sisi warned. “I fear no one but God.”